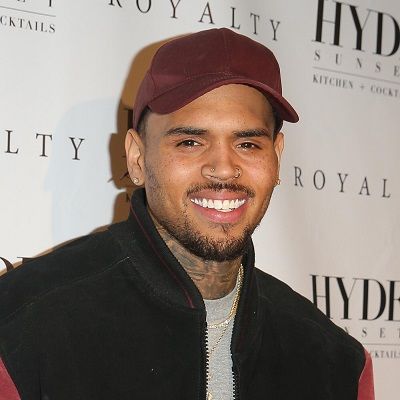 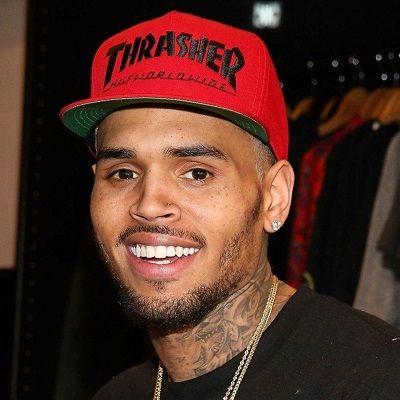 Chris is an American singer, songwriter, dancer, actor, as well as an entrepreneur. Chris Brown has made appearances in several films. His biggest inspiration is the singer with a silky smooth voice  Michael Jackson.

Currently, Chris Brown is 32 years old. He was born on May 5, 1989, in Tappahannock, Virginia, the United States. His birth name is Christopher Maurice Brown and birth sign is Taurus. His father’s name is Clinton Brown, who is a corrections officer at a local prison and his mother’s name is Joyce Hawkins who is a former daycare center director. Similarly, he loves music since his childhood and taught himself how to sing and dance. He grew up with his brother Lytrell Bundy. 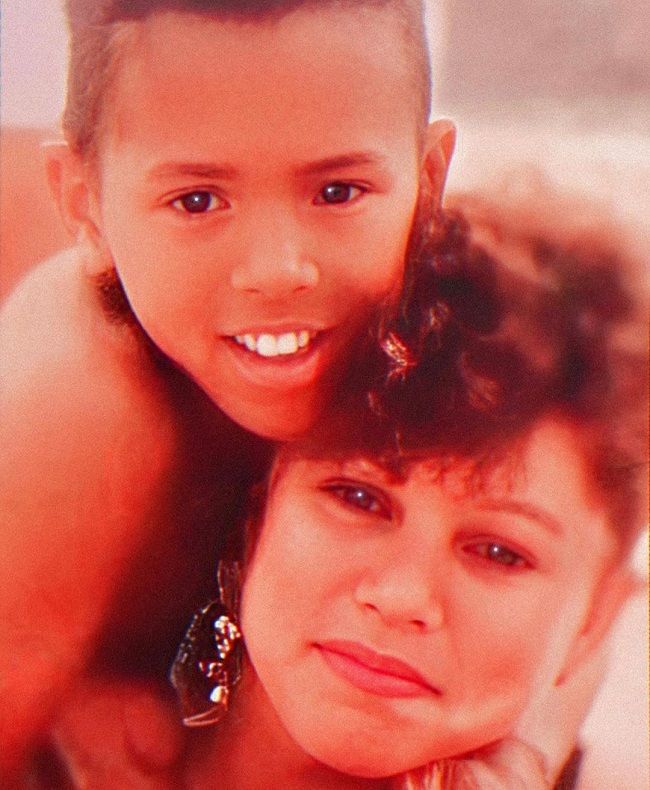 But his parents got divorced and after that, his mother became involved with an abusive man. This greatly troubled his teenager. However, his mother encouraged him to participate in local talent shows and made him sing in the church choir. She knew her son had the potential to make it big and was on the lookout for a record deal. Likewise, he belongs to American- Australian citizenship and ethnicity of mixed (African-American). Talking about his educational history, he studied at Essex High School. However, he drops out of his study in 2005.

Chris Brown started his career with Jive Records as he was spotted by Tina Davis, an A&R executive who helped him sign a contract. Likewise, he collaborated with several songwriters including Scott Storch and Jazze Pha. Then, In November 2005, his first self-titled album ‘Chris Brown’ was out. Whereas, his debut album hit a big success with songs like ‘Run It!’, ‘Gimme That’ and ‘Say Goodbye’ and eventually went multi-platinum in the U.S.

Moreover, in the year 2006, he commenced on a tour for further promotion of his album. He has played in over 30 concerts throughout the country during the Up Close and Personal Tour. Also, he has played the character of Duron in the 2007 drama and dance film ‘Stomp the Yard’. 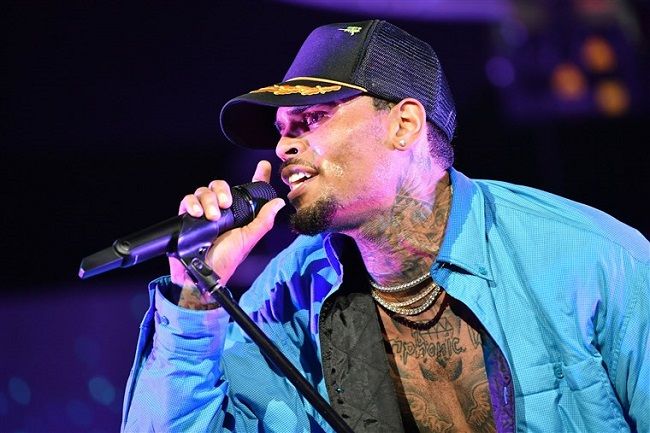 In November 2007, his second studio album ‘Exclusive’ was released. It was also a big gig, which peaked at No. 4 on the U.S. Billboard 200 chart. It also included five super hit singles that get featured on the Billboard Hot 100. In 2009, ‘Graffiti’ his third album was out.

Likewise, he starred a professional bank robber in the 2010 crime thriller ‘Takers’. In addition, his 2011 album ‘F.A.M.E’ debuted at No. 1 on the U.S. Billboard 200 chart which contained the hit single ‘Yeah 3x’. In this several guest appearances by artists like Lil Wayne, Justin Bieber, and Big Sean were featured in it. He also went to a concert tour, The F.A.M.E Tour, for the promotion of the album. Similarly, he executed 32 concerts in North America over the course of this tour.

Ultimately, in 2012, his fifth studio album ‘Fortune’ was released which peaked at No. 1 on the U.S. Billboard 200 and became the top album in other countries like New Zealand, the U.K. and the Netherlands as well. Also, he played the role of Alex in the 2012 romantic comedy film ‘Think Like a Man’ based on the book ‘Act Like a Lady, Think Like a Man’ by Steve Harvey. His upcoming project is the film ‘Battle of the Year’ and the much-awaited album ‘X’.

Likewise, he has stated he owns fourteen Burger King restaurants. In 2012, he started a clothing line called Black Pyramid, in collaboration with the founders of the Pink + Dolphin clothing line.

He has earned a decent sum of money in his profession. Likewise, his estimated net worth is around $50 million. However, his income and salary are still under review.

Talking about Chris Brown’s relationship status, he has dated many girls. Currently, he might be single. He is happy with living a single life after being in lots of relationships.

They dated each other for some time, but it never turned in to a serious relationship duo. Likewise, he has dated a Canadian singer-songwriter, model, actress, philanthropist, and fashion icon Keshia Chante, an American model Erica Jackson, and Jasmine Sanders.

Furthermore, he had a fling with model Keisha Kimball in 2013 and also with an adult model, Nia Amey in September 2013. During this time, Nia got pregnant and gave birth to a child of Chris named his daughter Royalty on June 17, 2014. Recently, he has been dating Diamond Brown before his single status (2019). The pair had a son together on 20 November 2019. His name is Aeko Catori Brown.

There were many rumors regarding his relationship as he has been dating many girls around. However, at the present, Chris keeps himself far away from rumors s well as scandals in his personal life as well as professional life too.

Chris Brown has an amazing personality. His height is about 6 feet 1 inch and weighs around 82Kg. In addition, his chest, waist, biceps body measurements are 41-33-14 inches respectively. Likewise, he has a black hair color and dark brown eye color. Also, his shoe size is 12 (US). 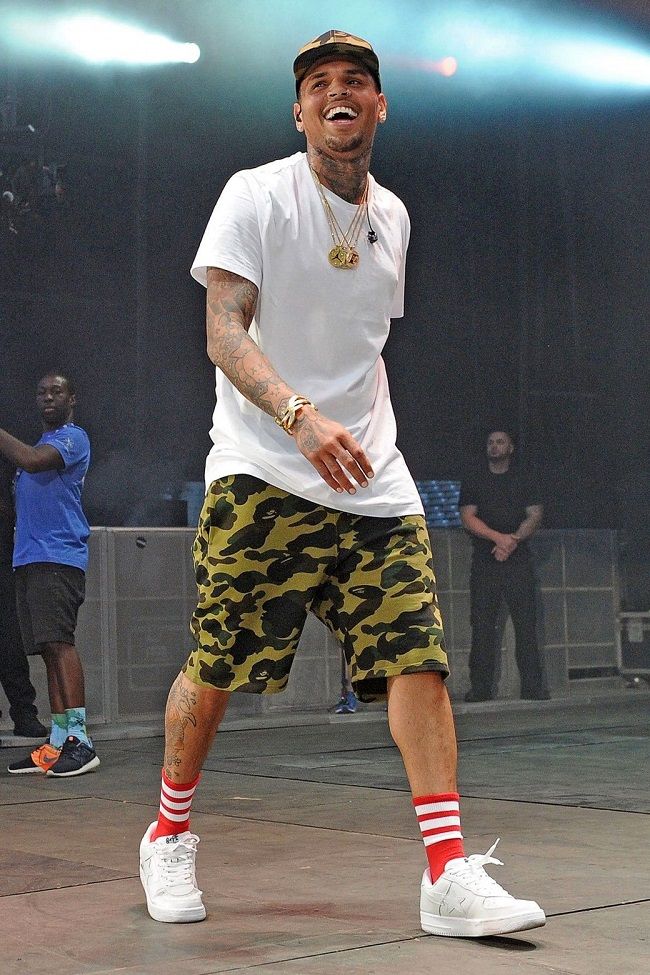