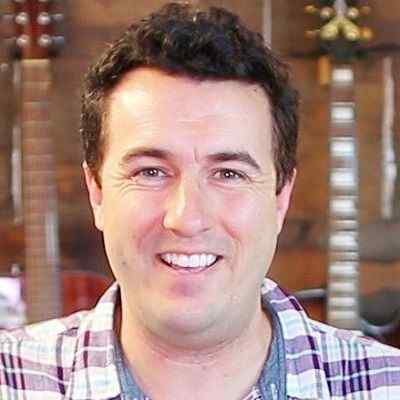 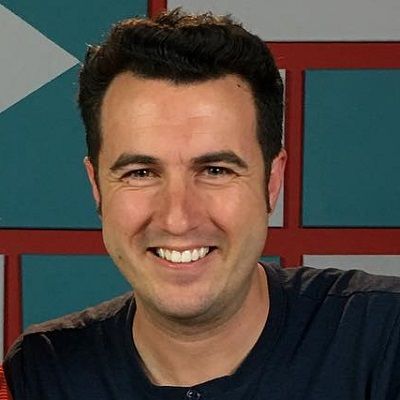 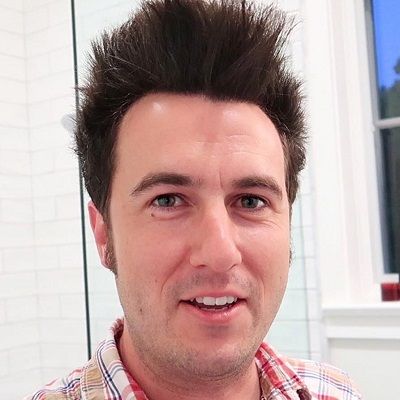 Chris Ballinger is a famous American YouTube star and a magician who normally performed his magic on his own YouTube channel. Chris Ballinger is the brother of Collen Ballinger, who is also a YouTuber and main actress on the Netflix “HatersBack Off”. Moreover, he has released DVDs by the names of The Shark and Monarch.

Chris Ballinger was born on 16 March 1983, in his birthplace, California, USA, to Tim Ballinger (father), a sales manager, and Gwen Ballinger (mother), a homemaker. His real name is Christopher Ballinger and his age is currently 39 years old. Chris was raised up in a normal family of parents and has three siblings, sisters named Colleen Ballinger, and Rachel Ballinger, and a brother named Trent Ballinger.

Christopher grew up as just another regular boy from an American family in Santa Barbara. His zodiac sign is Pisces. Chris went to Cal State Northridge for two years before transferring to Occidental college as a junior. He was a theater major and a member of the Academy of Magical Arts. 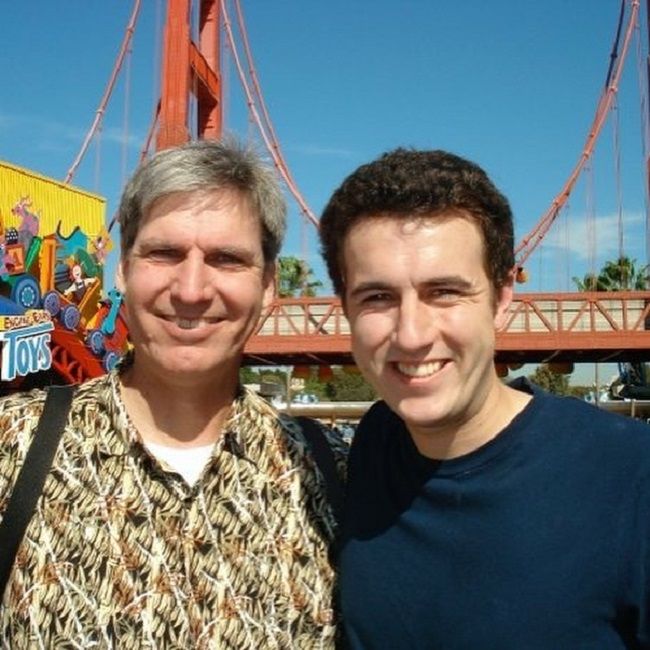 Chris learned his magical traits in these early years of college itself. He performed magic tricks on the streets of Pasadena to earn some extra cash. As a member of the Academy of Magical Arts, Chris did regular shows at restaurants and birthday parties. He was fortunate to land a job at Fox studios as a writers’ production assistant for the then-popular TV series ‘Bones’.

However, two years later, things took a sudden turn with the announcement of the writer’s strike. With a newborn in the family, Chris had to come up with a quick alternative to provide for the family.

With an interest in magical art, Chris took a job with an online magic retailer. He made more than 1000 YouTube videos in his Santa Barbara studio apartment. Chris’s creations were published under the title ‘Magic Geek’ and on the portal JugglingStore.com. It wasn’t long before his work gained recognition and both the digital properties became the No. 4 websites for magic in the world.

Everything was well till 2014 when life took a second u-turn and Chris was laid off from his stable job of 7 years. And after some deep introspection, Chris decided to convert his video-making skills into a profession. Chris decided to launch his own YouTube channel where he would post daily videos of his family and magic. There has been no looking back ever since.

He created his YouTube channel on January 8, 2013. However, fame and recognition came only in 2014, after Chris got laid from his job of 7 years with an online retailer company. It was only then that he decided to fly solo with his YouTube Channel. At that time, a father of 3, Chris chose to sell off his house, over picking up another job. He used the money to build and grow his YouTube channel.

Furthermore, his ‘Jennifer LawrenceMagic’ video was an instant hit on the internet and that made ‘BallingerPresents’ a common household name across America. In September 2014, he collaborated with a fellow Youtuber JoshuaDTV on the video “Improv Duet Challenge with Joshua Evans.”

Besides being a successful magician and video blogger, Chris has also been an integral part of his sister and net celebrity, Colleen’s journey to fame. Chris has co-authored the book titled “Self Help” and penned the script with his sister for her famous YouTube Channel ‘MirandaSings’. His book is a bestseller. He added another milestone to his career in 2015 when Netflix signed an 8-episode deal around Colleen’s famous Miranda character entitled ‘Haters Back Off, for which Chris is a co-writer with Colleen.

Further, he also builds custom guitars on my channel, Gifted Guitars. Chris attributes his YouTube success to consistency and quality of content. He makes sure all his videos are about what he and his family love. Moreover, he has successfully maintained the fine line between staying true to himself and responding to what his audience wants. And he also features a segment on his channel called Bailey’s Bookshelf. 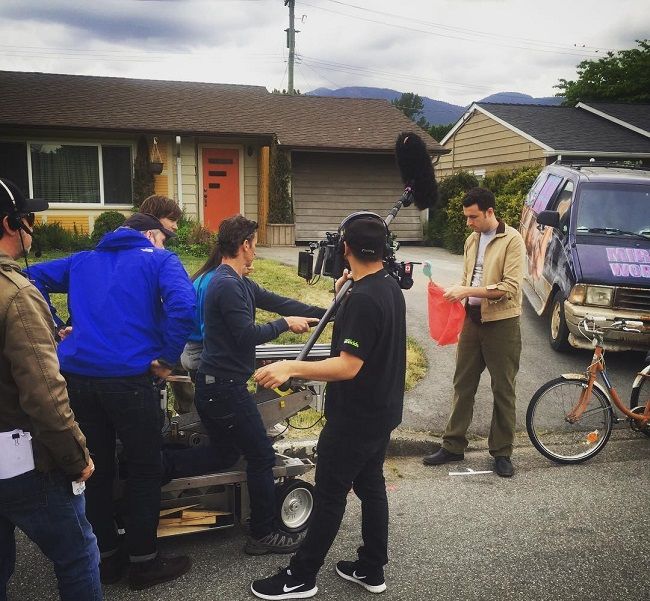 Caption: Chris Ballinger while shooting for ‘Haters Back Off. Source: Instagram

Chris is a successful YouTuber who has earned the trust and respect of his audience. Chris also has some advice for all YouTube aspirants. He advises, ‘If you are looking to make a living out of YouTube, the first thing you need is a niche where there is a need for unique content. Second, you need to have confidence and believe in yourself. Finally, follow the 3 C’s – content, creativity, and consistency. Without these 3 and a good marketing strategy, it will be difficult to gain traction.’

Without a doubt, Chris might earn a handsome amount of money through his profession. He has done endorsement work for brands and companies which is also a source of income. He seems to be enjoying his life a lot with his family at the moment. However, his estimated net worth is around $2.66 million as of 2022.

Chris met Jessica Smith in 1999. The two had a long dating period of 5 years and they got married on 19th June 2004. Chris and Jessica are blessed with five children, a daughter named Bailey, and sons named Jacob, Parker, Duncan, and Luke. They are a happy family living a lavish lifestyle. He has shared a lot of photos on his social media accounts. Further, he has maintained a good profile by staying away from any kind of controversial act. 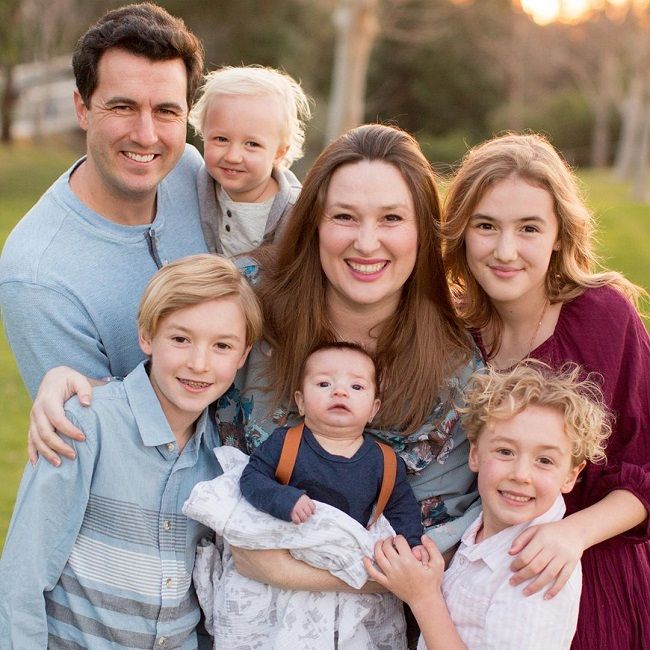 Chris is a good-looking guy who has maintained a healthy diet. He has an amazing personality and a good body physique. He is 6 feet 1 inch tall and 79 Kg. Additional details regarding his body measurements are not provided. Moreover, Chris has green eyes and dark brown hair.

He is active on different social media platforms. Chris is popular on Instagram under the username ‘@chrisballinger‘ with more than 353k followers. His Twitter has gained over 207.4k followers. He is also available on Facebook with more than 16k followers. Further, he is also active on Twitch. His ‘Ballinger Family’ YouTube channel has earned over 1.66 million subscribers. He has also shared his Gmail, [email protected], for business inquiries.