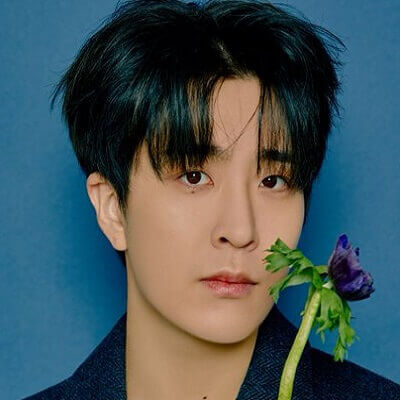 Choi Youngjae is known all over the world by the mononym Youngjae. He was born the youngest son of his parents. Youngjae is 26 years old and from South Korea born on September 17,  1996, in  Mokpo, South Korea.

Furthermore, Youngjae has one older brother and one older sister in his family. He always dreamt of becoming a singer in his childhood. He used to sing songs with his older brother.

Since his childhood, his hobbies have always been singing, playing the piano, and sleeping in. He has stated that it’s very hard for him to wake up in the morning.

Youngjae did his graduation from Seoul’s Korean Arts High School in February 2015. After graduation, he got accepted to Seokyeong University in the Department of Theater and Film.

Youngjae has received massive love and support and has a huge fan following not just in South Korea but in other parts of the world too. For instance, he is quite popular on social networking sites. He has more than 4 million followers on Instagram.

Choi Youngjae is very focused and preoccupied with his career. There has been no information about him having a relationship with a girl and is thus believed to be single. Likewise, in August 2020, he registered as an organ donor.

Choi Youngjae liked singing and wanted to become a singer since his childhood. He thus joined the music academy in his hometown, Mokpo, to be a more professional singer. He won the Vocal Excellence Award at Mokpo Youth Music Festival in 2011.

He debuted as the main vocalist, and dancer of the South Korean boy band Got7 with ‘Girls Girls Girls in January 2014. He was the last member to be chosen for the team.

Furthermore, Youngjae along with his bandmates made an acting debut with their web drama Dream Knight’.

As a producer, Youngjae has named himself ‘Ars’ which stands for Ars longa vita Brevis which means, Art is long and life is short.  So, most of his works are credited under the name ‘Ars’.

He has worked on his team’s album, helping with composing, writing lyrics, and producing. He is credited for more than a dozen of Got7’s songs.

Youngjae is estimated to have a net worth of around $1.5 million. Besides being a talented rapper, singer, and artist, he is also a great producer and composer.

Choi Youngjae is a charming man with great visuals.  He stands about 175 cm tall that is 5 feet 9 inches. Likewise, his body weight is around 59kg. He has brown hair and dark brown eyes.