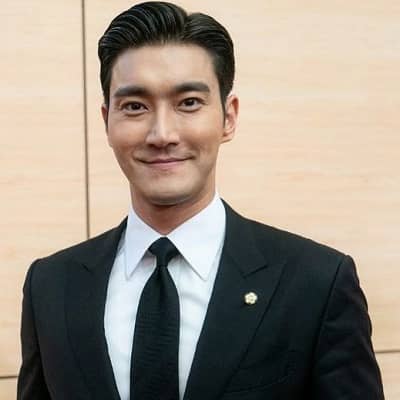 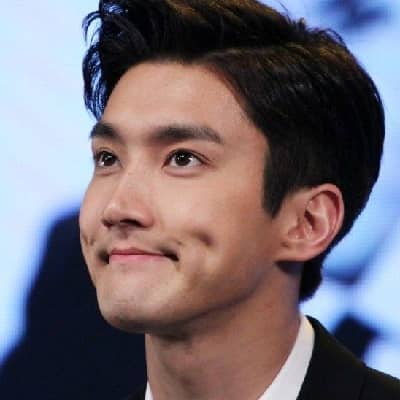 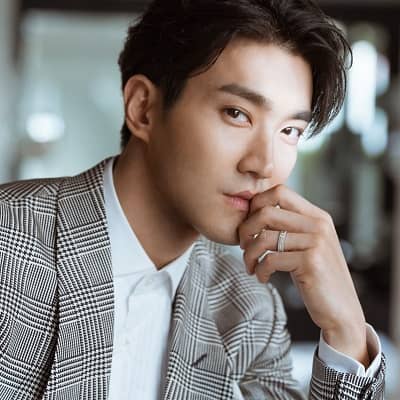 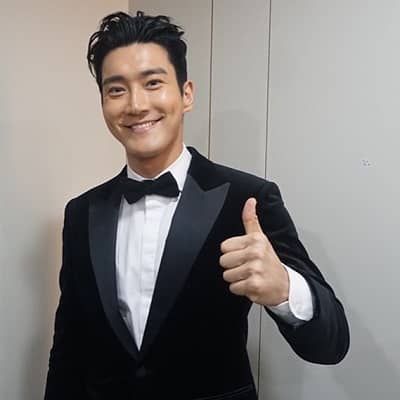 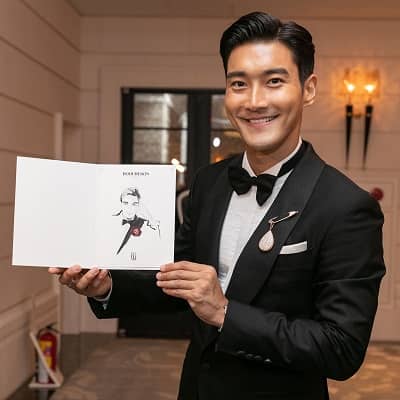 Choi Si-won came to this world on 7 April 1986, in Seoul, South Korea. Currently, he is 35 years old and his zodiac sign is Aries. He has a younger sister named Ji-won. Likewise, his father, Choi Ki-ho, was the former CEO of Boryung Medicine, a pharmaceutical company.

He is a devout Protestant Christian who stated in an interview that after his entertainment career, he would become a missionary. The family also owns the Hyundai Department Store, one of the largest supermarket chains in Korea. Therefore, his father also owns a trading company in Japan. His mother, Byun Jae-Jeong, also has her own company.

Further, in February 2006, he graduated from ‘Apgu Jeong High School’ and from Inha University in February 2012. Moreover, he was enlisted for his mandatory military service as a conscripted policeman on November 19, 2015, and was discharged on August 18, 2017. Since the year 2010, he has joined many UNICEF campaigns.

On 12th November 2015, he was appointed as the special representative of the South Korea Committee for UNICEF. He plays the drum and piano. He is also a Taekwondo expert and he was once the youngest in Korea to hold the fourth rank in the black belt. 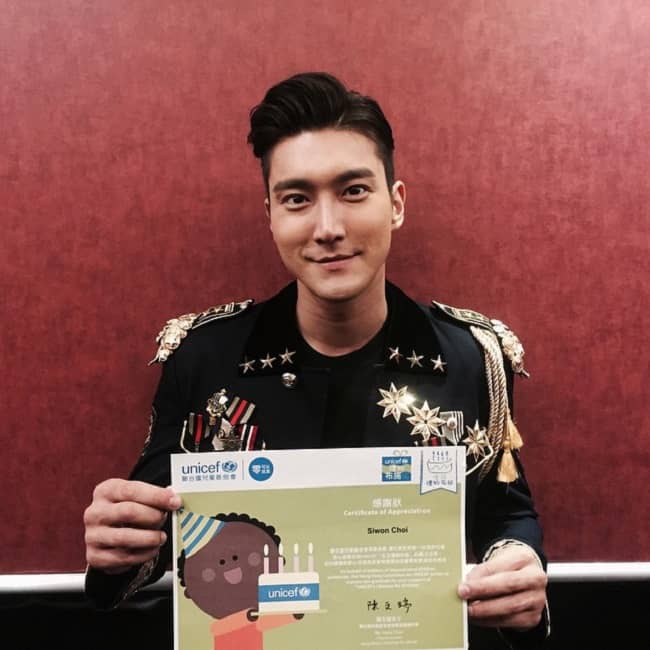 At the age of 16, he was scouted by a talent agent from SM Entertainment as he was waiting for friends in front of his high school. And, the agent suggested that he audition for the company’s ‘Starlight Casting System’. And, without taking his parents’ approval, he auditioned. Although his parents allowed him to sign a contract with SM Entertainment, they did not give him any financial support, as they wanted him to take responsibility for his actions.

Choi went into the agency’s dormitories with fellow trainees and was trained in singing, acting, and dancing. Likewise, in his training period, in 2003, he was featured as a solo singer in a music video of The Grace’s ‘Dana’. In the following year, he made a brief appearance in the drama ‘Precious Family’. And, in the year 2005, he starred in KBS drama ‘Eighteen, Twenty-Nine’ as young Kang Bong-man.

Finally, he officially debuted as one of the 12 members in a boy band called ‘Super Junior’. And, he also joined its subgroup ‘Super Junior-M’. After few months before debuting with the band, he made his first official media appearance with bandmate ‘Han Geng’, as one of the models in a fashion show by Bum Suk. Moreover, in 2015, he released a single for the drama, ‘Only You’, which got positioned atop the music charts. 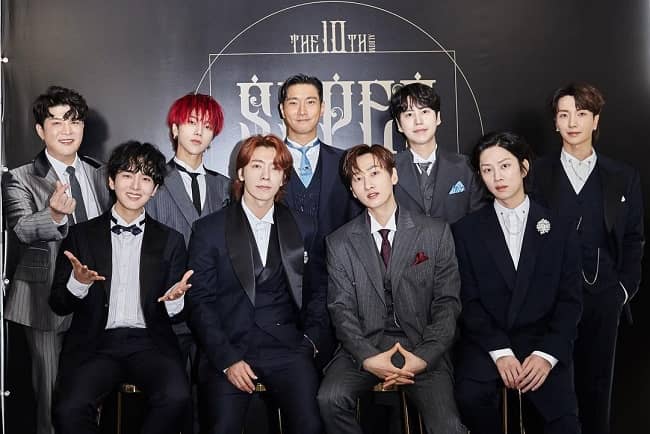 He performed with the band on SBS’s music program ‘Popular Songs’ on November 6, 2005. And he also performed their first single, ‘Twins (Knock Out)’. Therefore, they released their debut album ‘SuperJunior05 (Twins)’ on 5th December 2005. Similarly, he played the supporting role of Park Sang-woo in the drama ‘Spring Waltz’ in 2006.

Choi also performed in a Hong Kong epic film ‘A Battle of Wits’. There, he played the role of Liang Prince. And, after the 13th member Kyuhyun joined the band, they dropped the suffix ‘05’ and officially became known as ‘Super Junior’. Their first CD single ‘U’ was released on 7th June 2006.

Moving on with the success, he was featured in Attack on the Pin-Up Boys along with other Super Junior members in 2007. Also in the same year, he was cast in MBC’s 2-episode mini-series ‘Legend of Hyang Dan’. Likewise, in April 2008, he was shifted into a seven-member subgroup ‘Super Junior-M’. And, the group first performed in China at the 8th Annual Music Chart Awards and on April 8, 2008, they released their first music video, ‘U’.

The group released their debut Chinese-language studio album, ‘Me’ in China on 23rd April 2008. And, was released in Taiwan on 2 May. Likewise, three Korean tracks were released in South Korea, on April 30, 2008, a Korean version of the album. On 2nd May 2008, modified versions of the album were also distributed in many Asian countries.

He was featured in SBS’ romantic comedy ‘Oh! My Lady’, a South Korean television series in 2010. In the same year, he was cast in a big-budget spy series ‘Athena: Goddess of War’. There, he was cast as a data analyst and rookie elite agent. Moreover, the series was a spin-off of the hit drama ‘Iris’ released in 2009.

In the year 2011, he was starred in KBS’s action drama ‘Poseidon’. That same year, he was cast in his first Taiwanese drama ‘Skip Beat!’. And, the series was an adaptation of the Japanese shōjo manga ‘Skip Beat!’. Also, he was cast in the SBS drama ‘The King of Drama’ in 2012. There, he portrayed Kang Hyun-min, a top celebrity.

In the year 2015, he was cast in a number of projects. He was featured in Hong Kong’s historical-action film ‘Dragon Blade’ with Jackie Chan. Further, he played in a crime thriller ‘Helios’ and sports drama ‘To the Fore’. Additionally, he also appeared in the Chinese romance drama ‘Fall In Love With You Again’ and in ‘Billion Dollar Heir’, a Chinese adaptation of the hit drama ‘The Heirs’.

Likewise, in Korea, he was cast in MBC’s romantic comedy ‘She Was Pretty’, as the second male lead. Moreover, in October 2017, he started in the tvN’s youth romance drama ‘Revolutionary’ Love alongside Kang So-ra. And, he appeared in KBS’s crime comedy-drama ‘My Fellow Citizens!’ in April 2019. 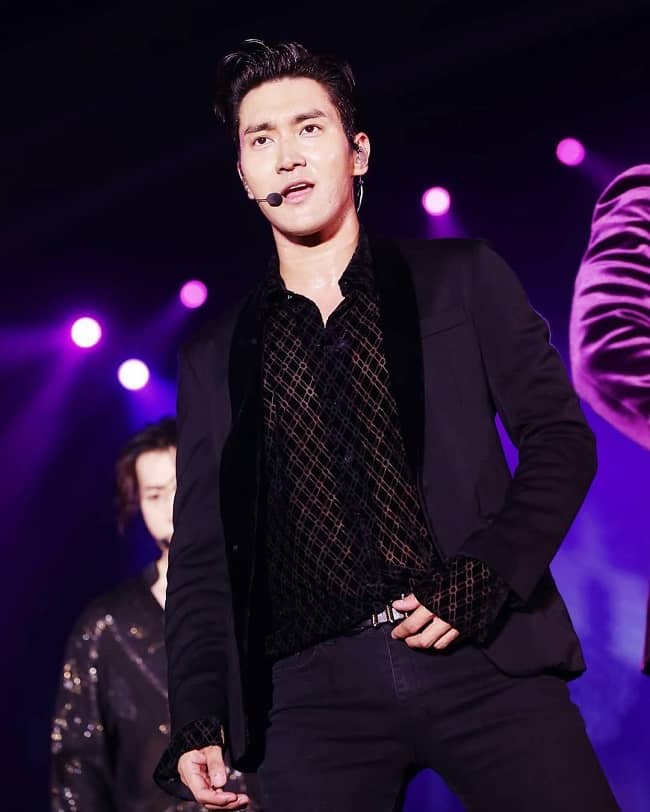 Caption: Choi Si-won while singing on the stage. Source: Pinterest

Choi Si-won dated Stella Kim in 2008. However, soon, both of them went their separate ways and broke up. In 2012, he and Agnez Mo were together for a short while. And, he was once rumored to be dating a Chinese model, Liu Wen. But, as of now, he is not dating anyone and is single currently.

Choi is a handsome and good-looking person. He has a height of 6 feet and weighs around 75 kilos. He has a dimpled smile and a toned body. He has a good and fit body physique. Therefore, he always makes time to practice in the gym. His shoe size is 43 (EU) or 10 (US) or 9 (UK). Further, he has a set of dark brown eyes and his hair is of dark brown color as well. 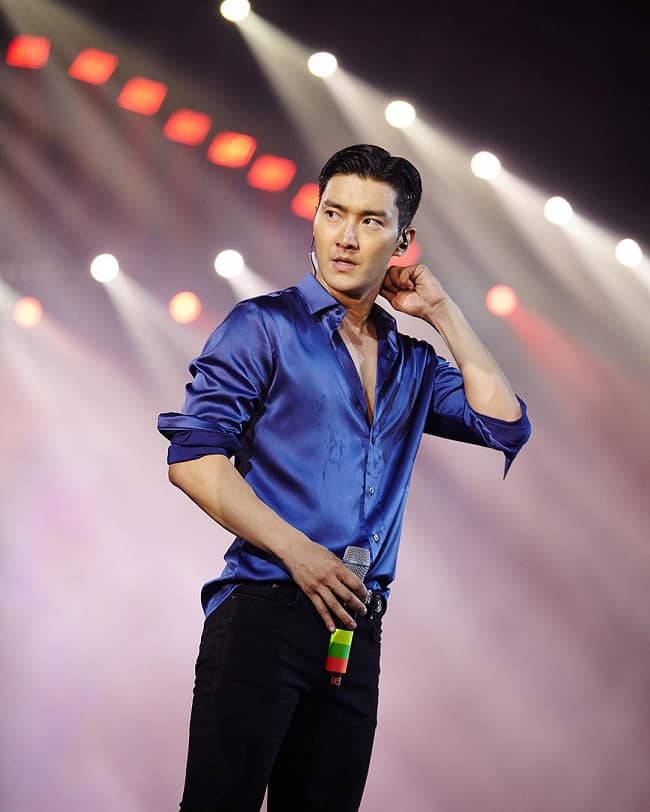 Caption: Choi Si-won while performing on the stage. Source: Instagram

He is a successful actor and singer. He definitely earns a great amount of money from his career. However, he has a net worth of $18 million as of 2021.