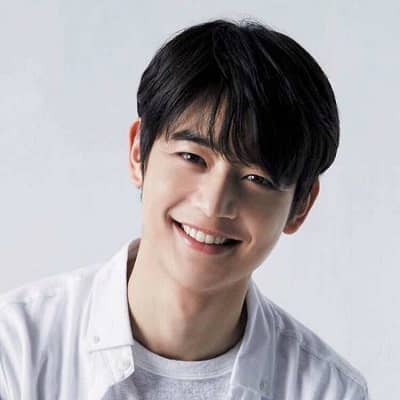 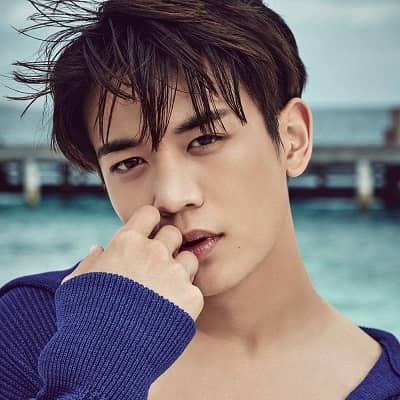 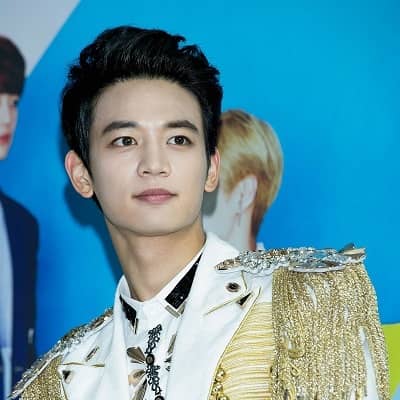 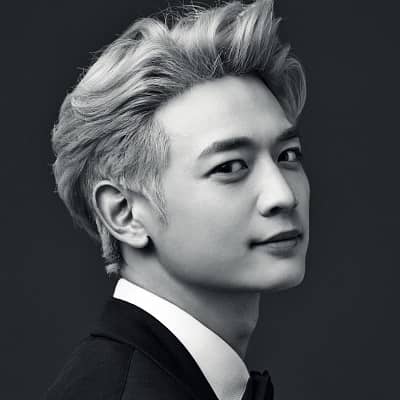 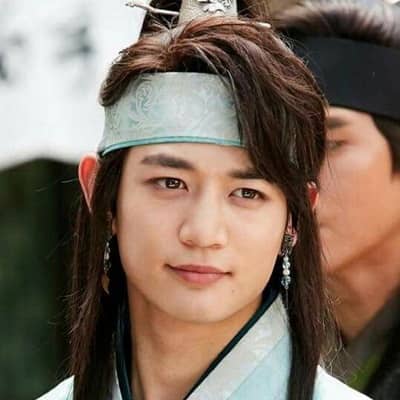 Choi Min-ho is a young and prominent South Korean singer-songwriter, rapper, model, and actor. Choi Min-ho gained international fame as a member of SHINee. As an actor, Minho has starred in films and TV dramas like Canola, To the Beautiful You, Medical Top Team, Hwarang: The Poet Warrior Youth, and The Battle of Jangsari among others.

Choi Min-ho was born on December 9, 1991, and he is currently 30 years old. Choi is a native of Incheon, South Korea, and his zodiac sign is Sagittarius. His name is written as 최민호 in Korean and in Hanja as 崔珉豪.

Talking about his family, Min-ho’s father is Choi Yun Kyum. Yun Kyumis a well-recognized soccer coach in South Korea. Choi Min-ho wanted to follow in his father’s steps and become a professional footballer. But his father disapproved of it.

Regarding his educational journey, Choi graduated on February 10, 2010, from a high school affiliated with Konkuk University. Choi enrolled in Konkuk’s part-time admittance majoring in the arts and culture film in 2010. He then graduated from the university in 2015.

Choi Min-ho stands tall at an approximate height of 6 feet or 1.84 meters and his weight is 76 kgs. Other than this, there is no information regarding Minho’s other body measurement details like his chest-waist-hip measurements, dress size, shoe size, biceps, etc.

Moreover, Minho has dark brown eyes and hair of the same color.

Talking about his social media presence, Choi Min-ho is available on Instagram under the username @choiminho_1209. While writing this biography, Minho has earned over 1.9 million followers.

Professionally, Choi Min-ho a.k.a. Minho is a notable rapper, singer-songwriter, actor, and model. He started his journey in the entertainment industry, debuting in May 2008 as a member of the popular boy group SHINee.

SHINee is one of the best-selling artists in Korea and its original members are Onew, Key, Minho, Taemin, and Jonghyun. Unfortunately, Jonghyun, the vocalist, passed away in December 2017.

Besides group activities, Min-ho is also an actor. He made his acting debut with Pianist, a drama special in November 2010.

Since then, the actor has also starred in Salamander Guru and The Shadows, To the Beautiful You, Medical Top Team, My First Time, and Hwarang: The Poet Warrior Youth.

The young personality has also appeared in films Canola, The Battle of Jangsari, and Illang: The Wolf Brigade.

Likewise, he worked alongside actors Park Seo Joon, Go A Ra, Park Hyung Sik, and Kim Taehyung for Hwarang: The Poet Warrior Youth. For The Princess and the Matchmaker, Choi appeared alongside actors Lee Seung-gi and Shim Eun Kyung in 2018.

In 2019, he worked with actors Kim Myung-min, Megan Fox, Kim Sung Cheol, Kim In Kwon, Kwak Si-yang, Lee Jae Wook, and Kim Min-Kyu for the film project The Battle of Jangsari. Prior to this, he starred in Derailed working alongside veteran actor Ma Dong Seok.

It is a 2016 action crime film. Moreover, this film premiered at the 2016 Cannes Film Festival and also had its world premiere screening in October 2016 at the 21st Busan International Film Festival. 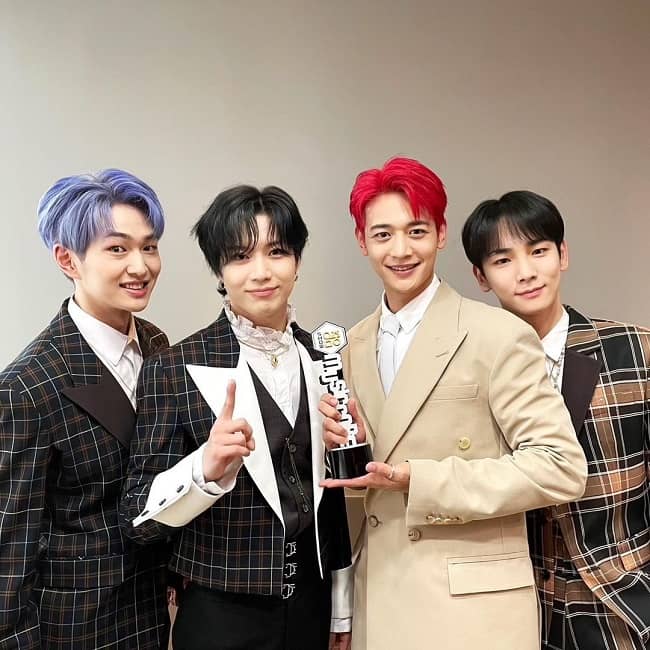 Caption: Choi Min-ho posing for a photo as a member of SHINee with their award. Source: Instagram

Furthermore, Min-ho inherited his father’s ability as a sportsperson. He then showcased his skills in shows like Our Town’s Physical Variety. At the Idol Futsal World Cup Competition, Min-ho led his team to victory.

The same year, the singer/actor became one of the Top Korean Stars. Choi received 300 million won as his annual advertising rate. Then in the year 2016, Choi was part of UNICEF’s #IMAGINE campaign.

This campaign was first introduced in November 2014. It was to commemorate the 25th anniversary of the United Nations Convention on the Rights of the Child.

Likewise, in November 2017, Choi Min-ho attended the “Girls Play 2” campaign at the US embassy in Korea. He did this together with the former First Lady of the United States, Melania Trump. It is an event organized to promote the 2018 Winter Olympics. 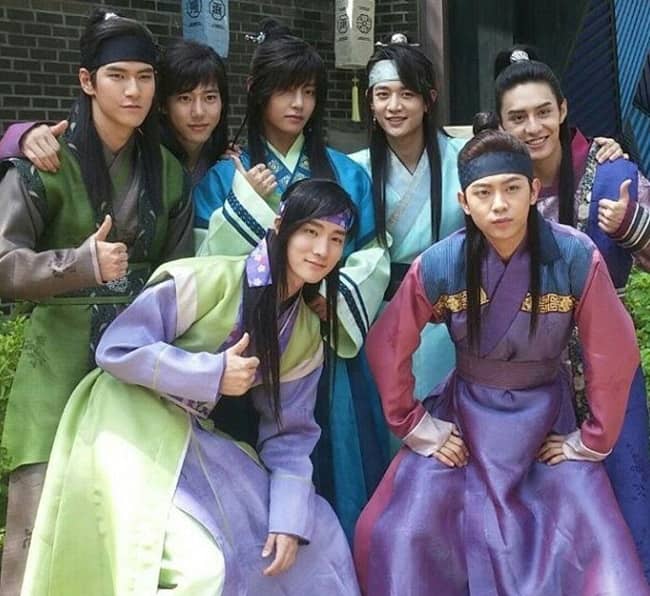 Caption: Choi Min-ho posing for a photo with the co-stars of Hwarang. Source: WallpaperAccess

Choi Min-ho enlisted for his mandatory military enlistment on April 15, 2019. Minho joined the Marine Corps. The singer completed his service on November 15, 2020.

However, Choi Minho made a humble decision to stay back and help train junior soldiers. Soon after his discharge on 15 November, Minho went on to support the maknae member (youngest member) of SHINee, Lee Taemin, along with other members – Onew and Key.

This was during Taemin’s SBS Inkigayo solo performance. 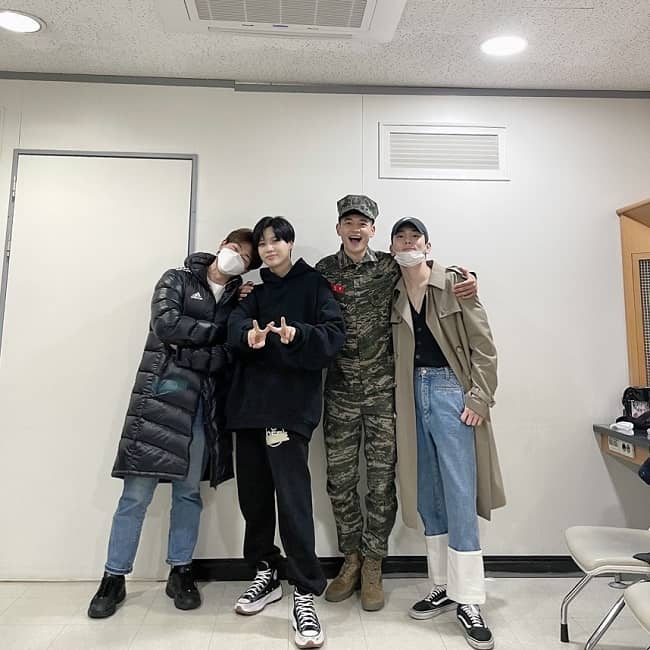 Choi Min-ho is single at present. There have been no official announcements regarding the famous personality’s relationships and affairs to date.

The singer/actor is most probably more focused on achieving greater goals in his career in the entertainment industry rather than involving in affairs and relationships.

Moving on, Choi Min-ho has a net worth estimation of approximately $1 million to $5 million US dollars.