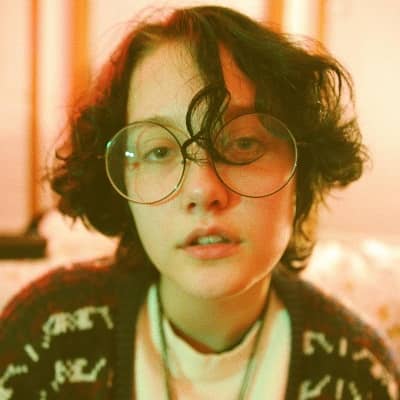 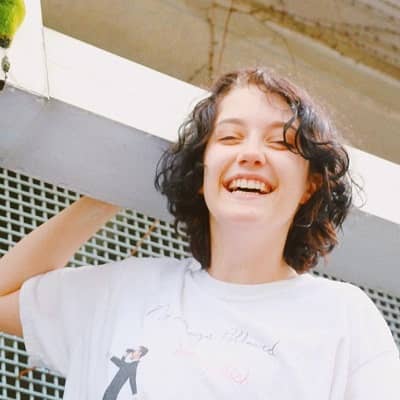 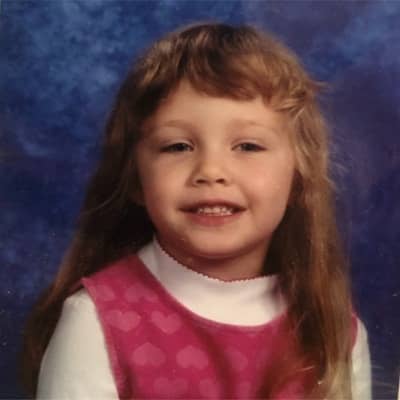 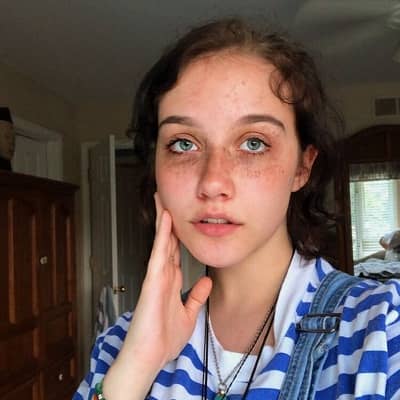 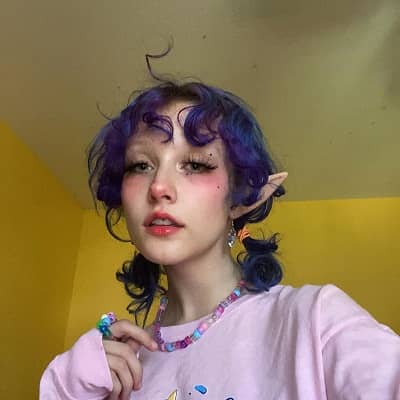 Chloe Moriondo is a young American teenage singer-songwriter and YouTuber. Chloe Moriondo prefers the pronouns she/her or they/them. She is popular for her cover songs as well as her original songs and albums.

Chloe Moriondo was born on September 29, 2002, and she is currently 19 years old. She hails from Detroit, Michigan, U.S., and is currently residing there with her family.

Talking more about her family, Chloe is a talented ukulele player whose brother also plays guitar. Likewise, she posted a photo with her mother on her Instagram account in August 2017.

Moreover, Chloe is also an animal lover with a few pets of different species.

She has a pet gecko named Rosie, a snake named Taiji, a dog named Sammy, and a cat named Kitten. She hopes to get a rat in the future.

Apart from music, Chloe also has a passion for art. In general, she is a positive and friendly person. 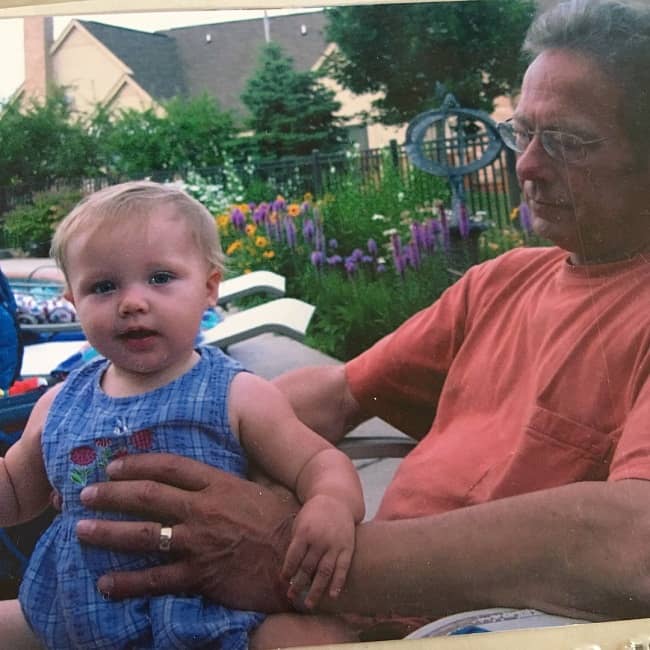 Talking about her social media presence, Cloe Moriondo joined Twitter in March 2017 and has over 114.8K followers on her @kidzwithbugz account.

Likewise, she created her Facebook page on September 27, 2018, and so far has over 231k people following her journey. She then created her self-titled Youtube channel on July 27, 2013.

This channel has garnered over 157.4 views and more than 3.08 million subscribers as of September 2020.

Chloe Moriondo identifies herself as a bisexual person. At present, her relationship status is unclear but she was once involved with a guy named Johnny.

She has also maintained a clean public profile that is away from controversies, rumors, and scandals.

Professionally, Chloe Moriondo is a teenage singer-songwriter and YouTuber. She is popular for posting musical videos to her YouTube account with over 3 million subscribers.

The first video she posted to her YouTube channel is called Cup Song Remix by ItsWayPastMyBedTime, which she posted in January 2014.

This song was written by Thom Yorke. Raised in a music-loving family with a brother who plays the guitar,

Chloe too became interested in music in her childhood. She plays the ukulele and posts original songs and covers on her YouTube channel.

Likewise, Chloe posted her first video on YouTube in early 2014 and has come a long way since then. She usually shoots her videos with her iPhone 6s and Zoom H1 microphone.

She then edits them on iMovie or Logic’s illegal version. Chloe had a sound club with the name “Kidzwithbugz”.

Similarly, Chloe has also been involved in activism. Chloe collaborated with “The Ally Coalition” to talk about how they’re helping to create a supportive community alongside young LGBTQ+ people.

Chloe is also a supporter of Black Lives Matter. She has been encouraging people to register to vote and educate themselves ahead of the US Elections. 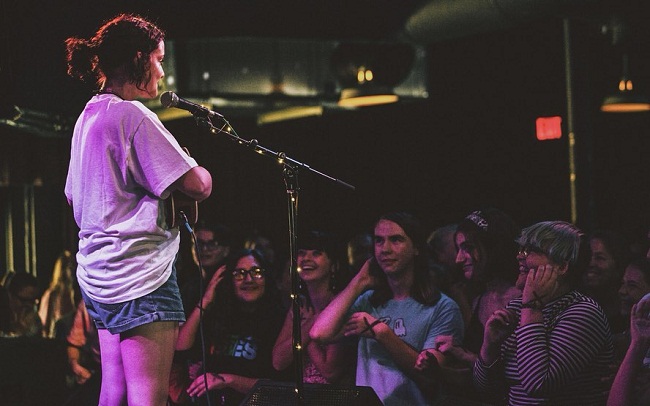 Caption: Chloe Moriondo was captured interacting with her fans during a live tour performance. Source: Instagram

In this video, she sang the song while knocking a cup for the background sound. Chloe’s music style blends elements of indie pop and bedroom pop.

The next video was posted in August 2014 and it is a cover of the song Love is Easy by McFly. The journey continued and Chloe uploaded a short cover of a French song La Vie En Rose by Cristin Milioti in English.

Then in July 2017, she posted her first original song named Waves and in December 2017, she covered Radiohead’s Creep. This particular video has garnered millions of views.

More precisely, Chloe posted the cover of the French song La Vie En Rose on 6 May 2018. This song had received around 10 million views as of May 2019.

Then on 15 August 2018, Chloe posted a series of ten originals on her channel under the “Rabbit Hearted” series.

It is also her first studio album released on 31 July 2018. Likewise, Chloe’s first major-label EP is Spirit Orb and she released it on 24 April 2020.

She posted a cover of the song ‘Dear Happy’ by Dodie and Thomas Sanders with her boyfriend, Johnny, in February 2019.

One of her recent videos is her original song titled ‘Kalmia Kid,’ released on 9 April 2019. In the summer of the same year, Chloe has eight concerts lined up from July 26 to August 24. 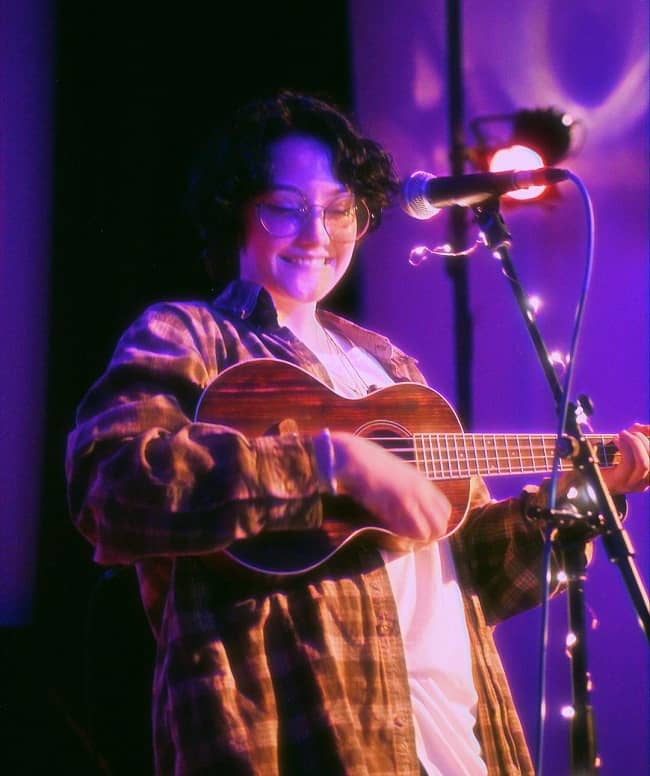 caption: Chloe Moriondo was captured enjoying her time with her ukelele during a live performance. Source: Instagram

Chloe Moriondo stands tall at a height of approximately 5 feet 3 inches and weighs around 55 kgs. She had long hair and a “girly” appearance when she first started posting videos on her YouTube channel.

Then it all changed in April 2015. Chloe completely altered her appearance and cut her hair short.

She acquired a “tomboyish” appearance and began wearing big-rimmed glasses to compliment her new look. 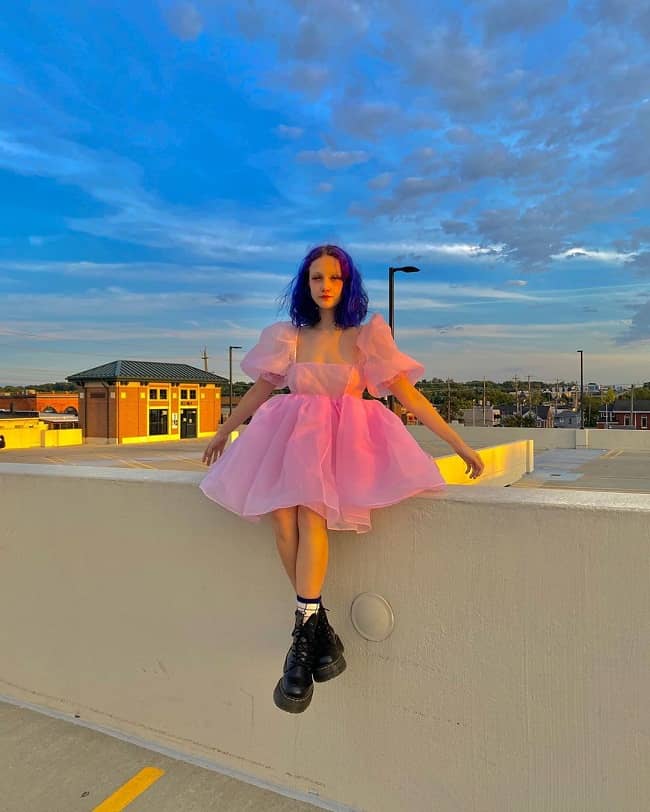