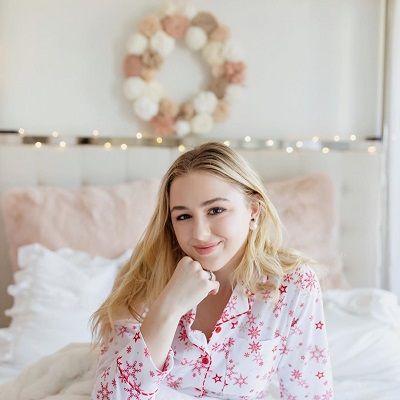 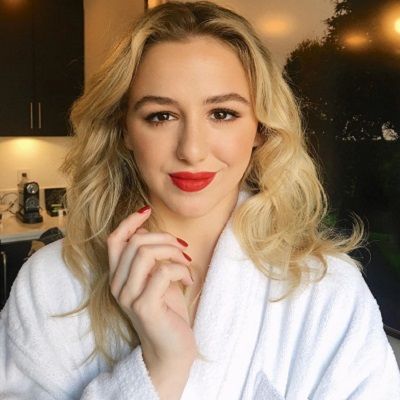 Chloe Lukasiak is an American dancer, actress, and model. Chloe Lukasiak has appeared in many dance reality shows and music videos.

Chloe was born on 25th May 2001 and is currently 21 years old. Her full name is Chloe Elizabeth Lukasiak and her zodiac sign is Gemini. Likewise, she was born in Churchill, Pennsylvania, and holds American citizenship. Similarly, she belongs to the white ethnic group and follows Christianity. Likewise, about her personal life, she is the daughter of Marc Lukasiak and Christina Zook Lukasiak.  Her mom is an American Television reality star famous for her appearance in the variety show ‘Dance Mom’. Moreover, Chloe made her debut in dancing through the same program. Similarly, she has a younger sibling name Clara Lukasiak.

Ever since childhood, Chloe was interested in dancing. Moreover, she started learning dance at the age of two. She enrolled at the Abby Lee Dance Company learning basics of jazz and ballet. Likewise, as she got older she learned more dancing styles except for ballroom. Furthermore, reflecting upon her educational qualification, Chloe is enrolled at Pepperdine University and is studying there.

Chloe made her debut in dancing along with her mother through Abby Lee Dance Company’s ‘Dance Moms’ competition. In this competition, she took part in it as one of the original cast members.  Likewise, over the years, Chloe competed in various competitions throughout the United States being part of ALDC. Similarly, she won numerous titles at the regional, state, and national levels. She competed in various genres like lyrical, contemporary, musical theatre, ballet, jazz, hip-hop, acrobats, Spanish, and even Bollywood.

Likewise, in the year 2011, Chloe became the cast of Lifetime’s Dance Moms along with her mother, trainer Abby, and other young dancers and their mothers. Similarly, they made the ‘Miller’s Junior Elite Competition Team’. However, after the LA national competition in July 2014 Chloe’s mother decided to leave the ALDC and made their last appearance on Season 4 of ‘Dance Moms’. They decided to leave the group after having a detrimentarelationshipon with Abby. Moreover, after all this Chloe left the company and switched her career to Studio 19 Dance Complex.

Chloe opened her Youtube channel on 29th January 2010. Moreover, she started her career on Youtube after leaving the ALDC. She has over 307 videos in it having 243 million views in it. Likewise, she has over 2.17 million subscribers in it. Chloe uploaded the first video on 23rd September 2010 and has over 610k views in it. Her first video is ‘Pick me-Chloe Lukasiak audition for Dance Moms’. Followed by this, another video is ‘Chloe Lukasiak-Ma, He’s Makin Eyes at Me’. Likewise, she uploaded many dance videos to it. Similarly, her most viewed video on her channel is, ‘Chloe Lukasiak – Morning Routine (Winter)’ which she posted on 16th February 2015 and has over 22 million views in it.

Besides Youtube, she has also appeared in numerous music videos for songs like, ‘Fool Me Once’, ‘Turn It Up’, And ‘Alice’. Likewise, she also appeared in the music video ‘Tongue’ by Aj Lehrman and ‘Piece By Piece’ by Ali J. Similarly, she also does modeling for fashion apparel like, ‘Glitzy Girl’, ‘Sally Miller, ’90 Degrees by Reflex’, ‘Goodhyouman’, ‘Boy Meets Girl’, and ‘BCBG Max Azria’.

Similarly, she also played in many movies and web series. Some of the movies she played in, ‘A Cowgirl’s Story’, ‘Loophole’, ‘F.R.E.D.’, ‘Next Level’, ‘The Message’, and ‘Beautiful Scars’. Likewise, she also played in these web series like, ‘Chloe on Pointe’, ‘Ready, Set, Style’, and Chloe doesn’t. Similarly, Chloe has also written a book on the year 2018 about ‘Girl on Pointe: Chloe’s Guide to Taking on the World’

During the year 2015, Chloe dated singer and actor Ricky Garcia of the band ‘Forever in Your Mind’. She posted a picture of her sitting on her boyfriend’s lap which led her fans to be very furious with her. She was heavily criticized by her fans for being a bad example for her younger fans. Moreover, her fans even criticized her mother for not managing her daughter’s social media account well. Later she removed the picture and also avoided posting a picture of Ricky afterward.

Likewise, after Ricky took another girl to the Radio Disney Music Awards in the year 2016, her fans got furious and started posting hate comments. Moreover, she requested her fans to stop hating him stating that they parted ways due to their busy schedule and everyone deserves to be happy.

Having started her career at such a young age, Chloe has achieved impressive face throughout her career in dancing and others. She won the ‘Teen Choice Award’ for the Choice Dancer category in the year 2015. Likewise, she also won the ‘Industry Dance Awards in the same year. Besides this, she was nominated for the Shorty Awards in the year 2016 and the o Teen Choice Awards for the years 2016 and 2017.

Regarding her relationship status, Chloe is straight and single. In the past, she used to date Ricky Garcia the f boy band ‘Forever in Your Mind’ however, later parter ways. Currently, she is more focused on her career than to be in a romantic relationship with anyone.

Chloe stands the height of 5 feet 6 inches (66 inches) tall and weighs around 54 kg. She has a slim and slender body type with a vital measurement of 31-22-32. Likewise, she wears a bra size 32A and prefers a dress size of 2 (US). Similarly, looking at her physicaappearancees, she has straight blonde hair with a pair of beautiful light brown eyes color. 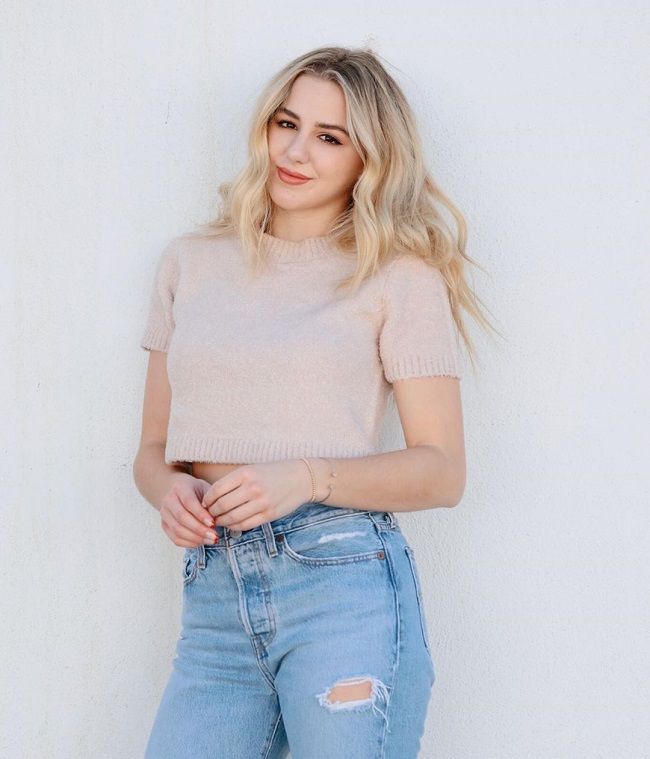