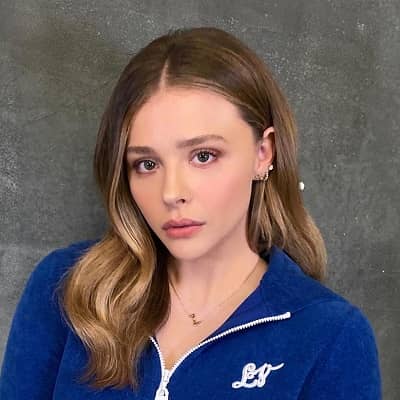 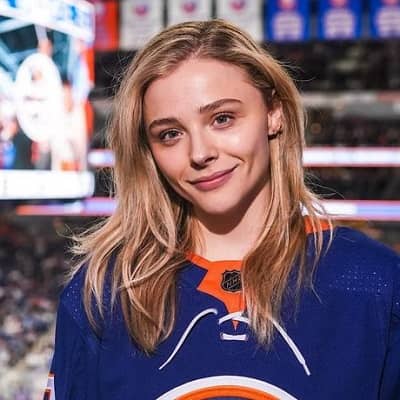 Chloe Grace Moretz was born on the 10th of February 1997, in Atlanta, Georgia, in the United States of America. According to her birth date, this actress is 25 years old and holds American nationality. Moreover, she belongs to mixed ethnicity as she is of German and English descent with traces of Swiss-German, Scottish, and Welsh roots.

She is the daughter of Teri Duke (mother) and Dr. McCoy “Mac” Moretz (father). Professionally, her mother is a nurse practitioner, while her father was a plastic surgeon, and heir to the Moretz hosiery business bought out in 2011 for $350 million. She grew up with four older brothers: Brandon, Trevor, Colin, and Ethan; an older sister, Kathleen, died shortly after birth. 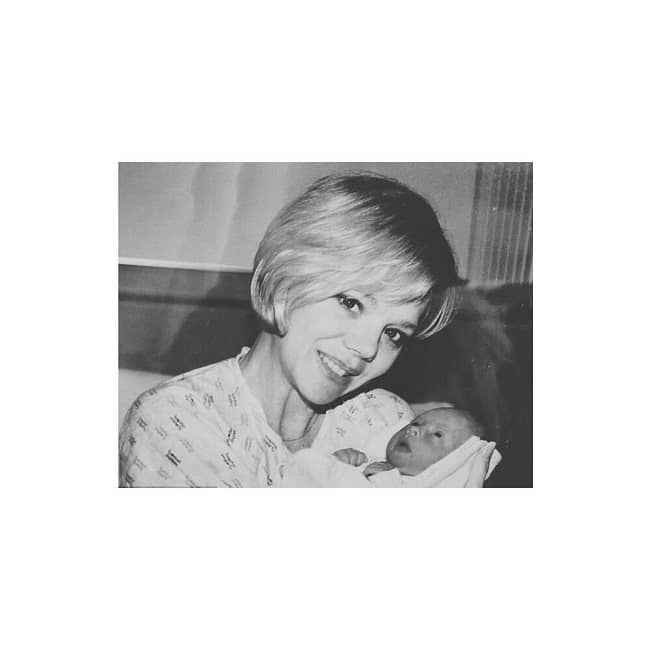 Caption: Chloe Grace Moretz with her mother as a newborn baby (Source: Instagram)

Her brother Brandon is her business manager, and her brother Trevor has been her acting instructor since 2010 and has accompanied her on trips and press appearances when her parents are unable to attend.

Her family is “very Christian,” especially Southern Baptist, according to her. She relocated to New York City with her mother and brother Trevor in 2002 after she was enrolled in the Professional Performing Arts School.

Being a well-known American actress and model, she has earned a huge sum of money in her profession. As of 2022, Moretz has a net worth of $12 million and her annual salary is around $1 million. This actress earns through her acting, modeling projects, brand endorsements, and other business ventures.

Chloe Grace Moretz made her television debut as Violet in two episodes of “The Guardian” and her first film role was as Molly in “Heart of the Beholder.” She had an appearance in “The Amityville Horror” in 2005.

Moretz earned many guest-starring parts on TV after Amityville, as well as a brief role in “Big Momma’s House 2” Kiki George in Dirty Sexy Money and Sherri Maltby in Desperate Housewives are two of her frequent TV characters. She also provided the American voice for the animated character Darby in My Friends Tigger & Pooh.

She returned as Hit-Girl in Kick-Ass: The Game and as young Lady Emily in Dishonored. Moretz made her Off-Broadway debut in The Library from March 25 to April 27, 2014. She portrayed Mia in the film adaption of Gayle Forman’s If I Stay (2014).

She co-starred in the 2016 sequel to Neighbors, Neighbors 2: Sorority Rising, alongside Zac Efron and Seth Rogen. She played the lead in the drama movie Brain on Fire.

Moretz was cast in Shane Carruth’s third film, The Modern Ocean, in November 2015. Moretz co-starred in the crime drama November Criminals in 2017. She then appeared in the comedy-drama I Love You, Daddy.

Moretz appeared in the drama film The Miseducation of Cameron Post in 2018. She was next seen in the horror movie Suspiria. Later, she then featured in Greta, a thriller film, alongside Isabelle Huppert. 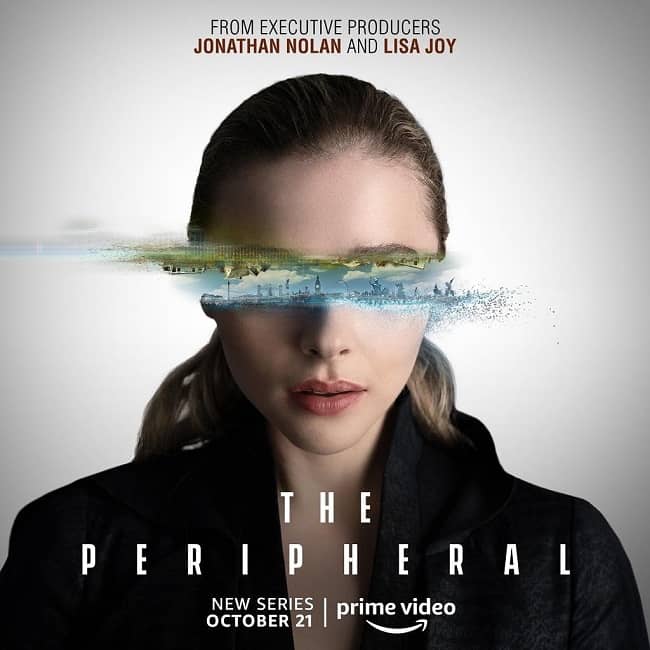 Similarly, she agreed to appear in Mattson Tomlin’s debut film as director, Mother/Android, and the upcoming Amazon Prime Video series, The Peripheral. She executive produced the six-part Snapchat Original series, Coming Out in 2021.

Moreover, she will play the title character in the animated film Nimona, which will be broadcast on Netflix in 2023.

She has a fashion line in addition to her acting profession. The actress has been featured in photo shoots for magazines such as Flaunt, Vogue, Teen Vogue, Jalouse, Marie Claire, Interview, Elle, Love, Crash Magazine, InStyle, and many more, including editorials, features, and covers.

Moretz also became the face of the American youth clothing retailer Aéropostale in 2012, starring in a variety of events, videos, and reports. At the Elle Style Awards event in London in February 2013, the actress received the “Next Future Icon Award” from Elle magazine. 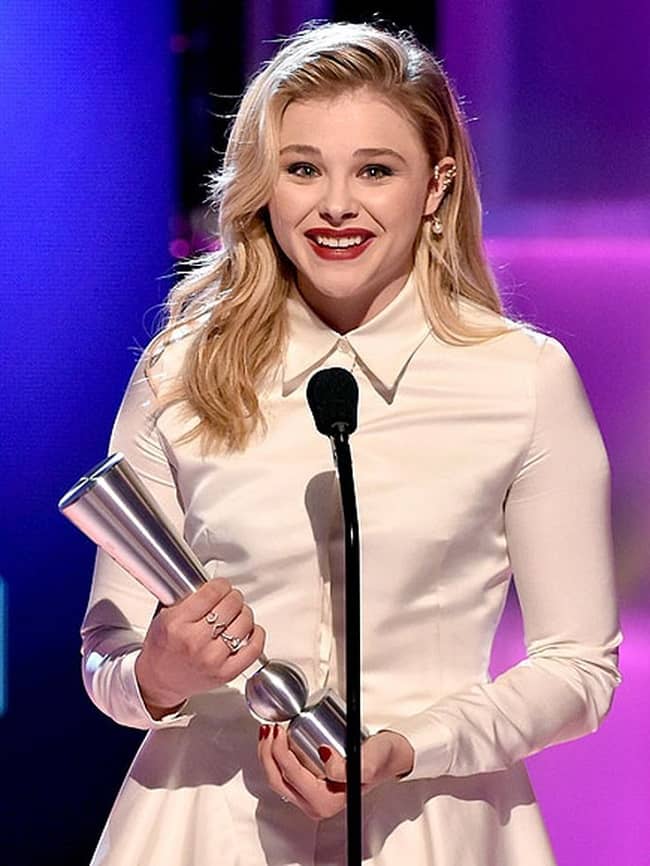 As of now, she is not married but is currently having dating rumors with Kate Harrison. Chloe was pictured with model Kate Harrison after dinner at Nobu in California in December 2018. These spark relationship speculation and her sexual orientation are queer.

She previously had an open relationship with Colin Ford in 2013, and with Cameron Fuller from 2012 to 2014.  Then, she dated her ex-boyfriend, Brooklyn Beckham, the oldest son of David and Victoria Beckham.

They started dating in July 2014 after meeting through a common friend at SoulCycle in Santa Monica, California. He used to work out with his father there. Until September 2016, the pair dated on and off.

Later that month, in March 2017, the duo sparked new dating rumors. The pair began dating again in September 2017. After dating for 6 months, they decided to split up in March 2018.

This American actress stands 5 feet 4 inches tall and weighs around 54 kg. Moreover, she has blonde hair with green eyes color, and her body measurement measures 33-25-35 inches. 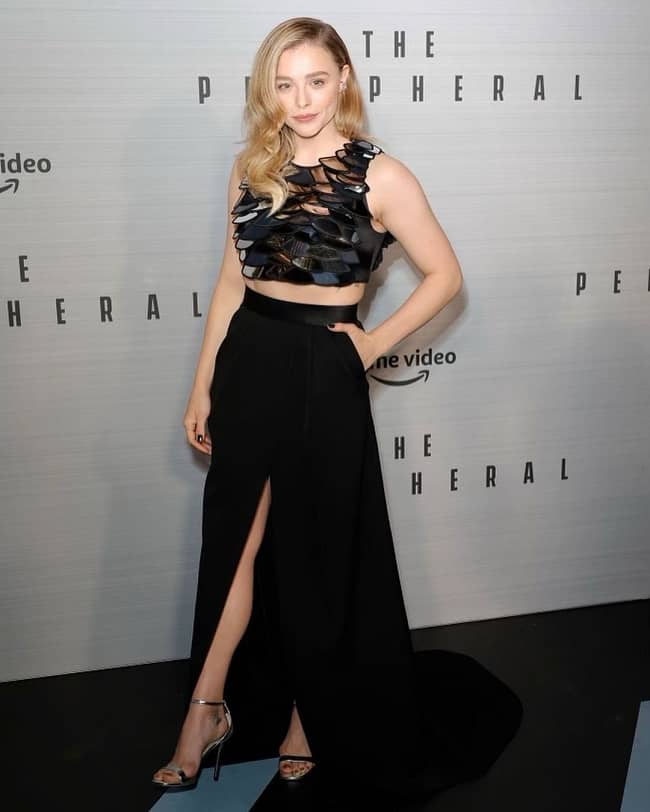