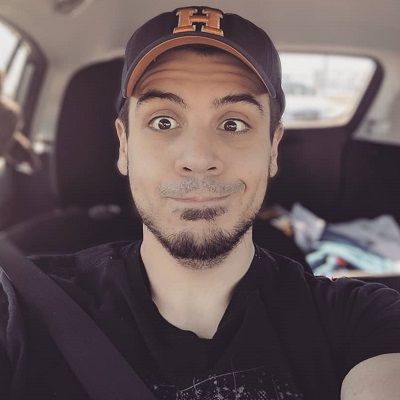 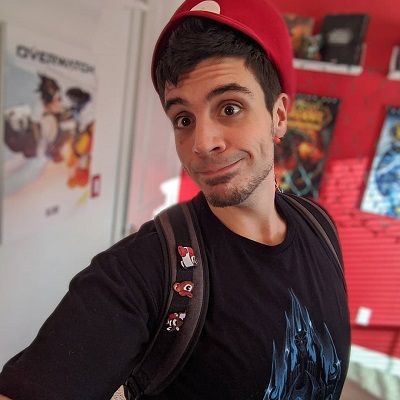 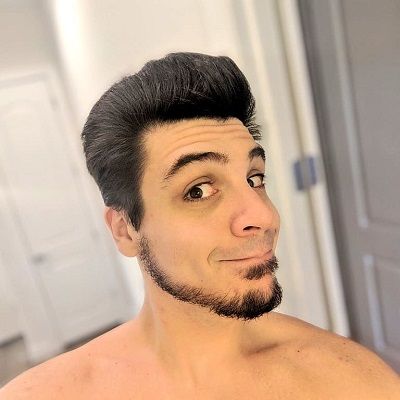 Chilled Chaos is an American YouTube personality best recognized for playing games on his channel ‘ChilledChaos’ while doing fun commentary. Chilled Chaos is also a former member of the gaming group known as ‘The Creatures’.

His real name is Anthony and he is a native of New York. Anthony was born on May 30, 1991. He is 31 years old as of 2022 and his zodiac sign is Gemini. There is no information regarding his family background. Moreover, he is a graduate of Hofstra University with a business degree. He has a pet dog named Rexxar. 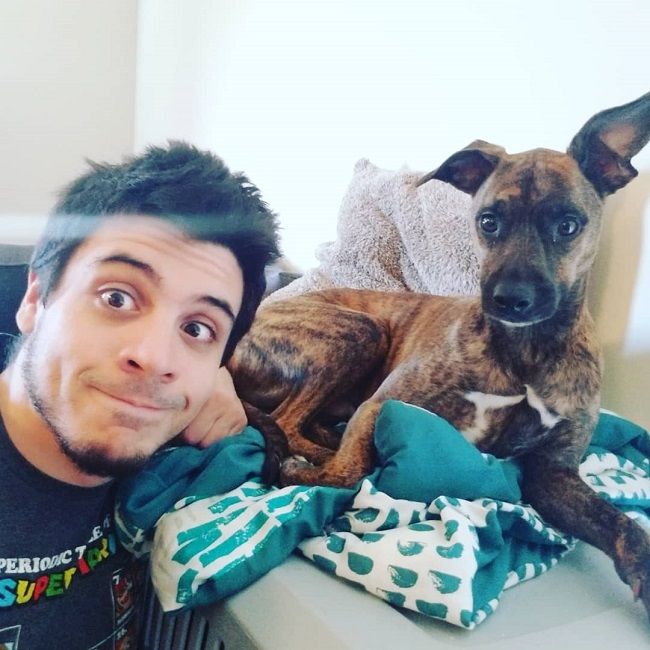 Anthony started his internet career back when he got Xbox Live for Halo 2 in early 2005. Therefore, he initially wanted the name of IronHawk, but then it hit him, at the age of 13 ‘Chilled Chaos’. Since then he has never changed it.

He created his channel CriousGamers (Chilled Chaos) in October 2008. To date, this channel has been regularly updated with numerous gameplay videos related to popular video games like The Sims 3, Fallout 4, Mario Kart, Town of Salem, Duck Game, and many more.

Some of the most entertaining gaming videos on the channel are disengaged the Tank Wife- Free For All Champion’, ‘The SHELLSHOCK Implosion – Chilled Needs a Drink’ and ‘High-Level Trainwreck- Stuck in No Man’s Land. Besides these, the other videos of the YouTuber are also engaging and entertaining.

Anthony uploads a variety of content onto his YouTube channel each day and is known for his diabolical personality, especially while playing games such as TTT, Prop Hunt, and more. He was a member of a group called the ‘Creatures’, but left on October 19, 2011, and is now a founder/member of The Derp Crew. Moreover, his second channel titled ‘ChilledChaosGAME’ was launched in 2015. It features all the uncut clips from Anthony’s gaming videos.

Chilled started his Machinima career on his old account, Chilled Chaos, where he made WoW (World of Warcraft) Machinimas and real-life things with his friends. Unfortunately, it was taken down due to copyright strikes. Anthony continued to enjoy editing videos and producing original content so he went out and bought a Dazzle to record footage.

However, he got good feedback, and thus continued with the CriousGamers account. It was a group he and some friends made a while back on the Union Forums in 2008. Unfortunately, the group grew apart and Chilled was left with the YouTube channel since he was the only one to upload content on it anyway.

Anthony was always fond of Kootra and his work, and one day after watching one of his machinimas he decided to send Jordan a message telling him he was a fan. Jordan replied, and the two of them quickly became friends. Chilled did some body-acting and voice acting for some of his Machinimas, and eventually became a regular in their group.

Chilled even had a behind-the-scenes video dedicated to him, when Jordan still did “Inside Spartacus Productions”. Shortly after, Chilled was invited to join Machinima.com after producing the epic and highly acclaimed Machinima, “Halo Final Fantasy.” After joining Machinima he quickly befriended other directors, one of those being Ze. 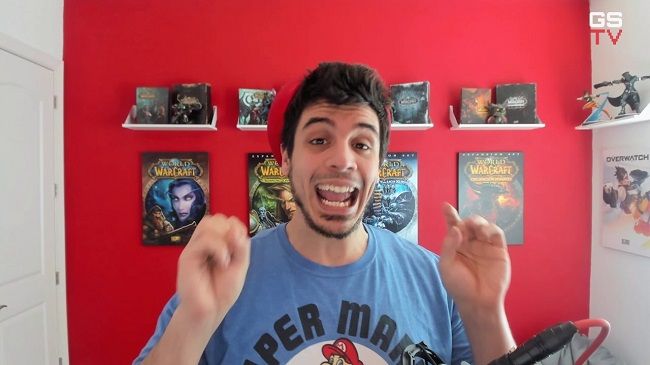 Derp Crew and The Bros Angels

Since leaving the Creatures, he has formed The Derp Crew 1 And V2, The Bros Angels, and ChronoCast along with EatMyDiction1, Smarty, GassyMexican, and The Prison Shanks. Chilled also joined Machinima Live in late May 2014.

Moreover, Anthony is a member of The Bros Angels which he was joined by Diction, Hutch, GoldGloveTV, GassyMexican, Smarty, and Mr. Sark.

The Derp Crew is a group of Chilled’s friends known for their constant blunders, ragging on each other, and overall stupidity, hence the name “Derp Crew”. “GaLm” and “Tom Fawkes” are more of the legit gamers in the group. “ZeRoyalViking” is the Canadian in the group.

“Aphex Arcade” is the shortest in the group. Furthermore, the most idiotic member they claim is, ironically, “TehSmarty”. Chilled, Ze, Tom, and Galm do a weekly podcast on twitch called TangledCords every Wednesday at 9 PM ET. The Derps talk about random shenanigans, life, and games mostly.

Now, talking about his earnings and income, surely this YouTube star would make a great amount of money through his profession. His gaming YouTube channel might make a good sum for him. However, he has a net worth of around 531K dollars as of 2022.

Concerning his personal life, he has been engaged to his long-time girlfriend Jess since February 2018. The couple has a pet dog named Rexxar. He lives in Texas with his fiance, dog, and his friends, GaLm, Tom Fawkes, and ZeRoyalViking. Jess appears in a number of his videos.

However, they are having quality time and are enjoying their life. He keeps posting their pictures on his Instagram account showing his love for her. Therefore, the duo has visited many places together and never misses the chance to make memories together. 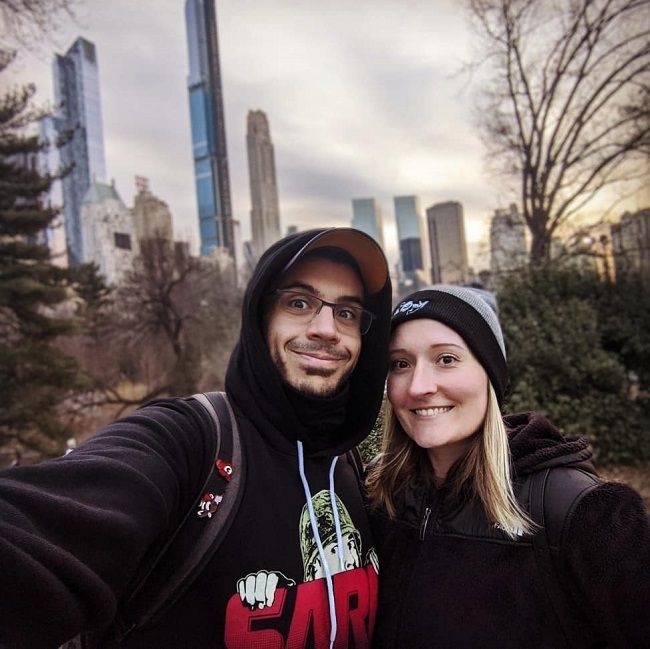 Anthony has a well-maintained healthy body physique. He is 6 feet 2 inches tall and has an average weight that matches his body structure. He has not disclosed his other body measurements to the public yet. Moreover, he has black hair and a pair of dark brown eyes. Anthony often wears spectacles and also wears a cap.

He is quite famous on social media platforms. Anthony’s Instagram account ‘@littlechillywilly’ has gained over 64.5K followers. He is also active on Twitter with more than 708K followers. Likewise, his official Facebook page has earned more than 44K followers. His main YouTube channel ‘ChilledChaos’ has amassed more than 1.44 million subscribers. Similarly, his second YouTube channel ‘ChilledChaosGAME’ has gathered over 220K subscribers. He is popular on Twitch as well.