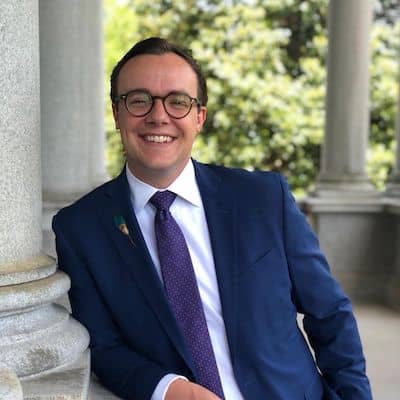 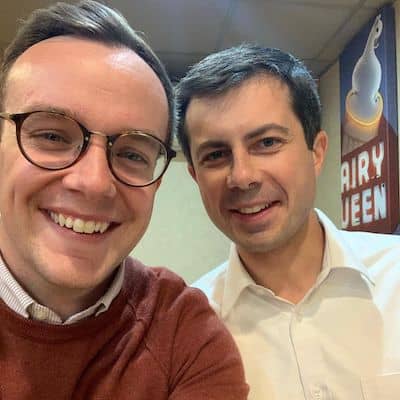 Chasten Buttigieg was born in the year 1989 and celebrates his birthday on the 23rd of June every year. Likewise, Chasten is 33 years old at the moment. The social media star was born in Traverse City, Michigan, USA. Moreover, Chasten’s full name is Chasten James Glezman Buttigieg. Chasten belongs to American nationality and was born under the star sign Cancer.

Moving on to Chasten’s family, he was born to Sherri (née Pelon) and Terry Glezman. Both his parents are the owners of a landscaping business. When it comes to his siblings, he has two elder brothers. Their names are Rhyan Edward Glezman and Dustin McKenzie Glezman. Chasten grew up in Chums Corner in a conservative Roman Catholic family. Moreover, Buttigieg worked at the Cherry Republic, a cherry-products store, and drove tractors on his grandfather’s cherry farm in Suttons Bay.

Talking about his education, he first went to Traverse City Senior High School. Likewise, following high school, He took classes at Northwestern Michigan College before attending the University of Wisconsin Eau Claire. He graduated in the year 2014 with a Bachelor’s degree in theater and global studies. Later on, he went on to attend  DePaul University in Chicago where he received a Master of Education degree in 2017. In the same summer, Buttigieg began an AMS/MACTE certificate from Xavier University.

Following Chasten’s college graduation, Buttigieg moved to Milwaukee, where he worked as a Teaching Artist for the First Stage as well as in classroom settings in the greater Milwaukee area.

During his graduate degree, he was a substitute teacher in both Chicago and South Bend public schools. Similarly, in the year 2017, he began as a junior high humanities teacher at the Montessori Academy in Mishawaka, Indiana. He also taught theatre and ran a diversity club. He soon left the theatre to support his husband’s campaign. Likewise, In the January of 2019, Buttigieg joined the Civic Education Team of the South Bend Civic Theatre as the Director of Curriculum.

Furthermore, In the year 2016, Buttigieg was a State Democratic Delegate for St. Joseph County. Moreover, he was also the first gentleman of South Bend, Indiana from June 16, 2018, to January 1, 2020.

Pete has served as an investigative intern at WMAQ-TV and as an intern for Jill Long Thompson’s congressional campaign in 2002 while still a student. Following the events, he also worked as an advisor for the 2008 gubernatorial campaign. He was also the conference director for The Cohen Group during Senator John Kerry’s 2004 presidential campaign. 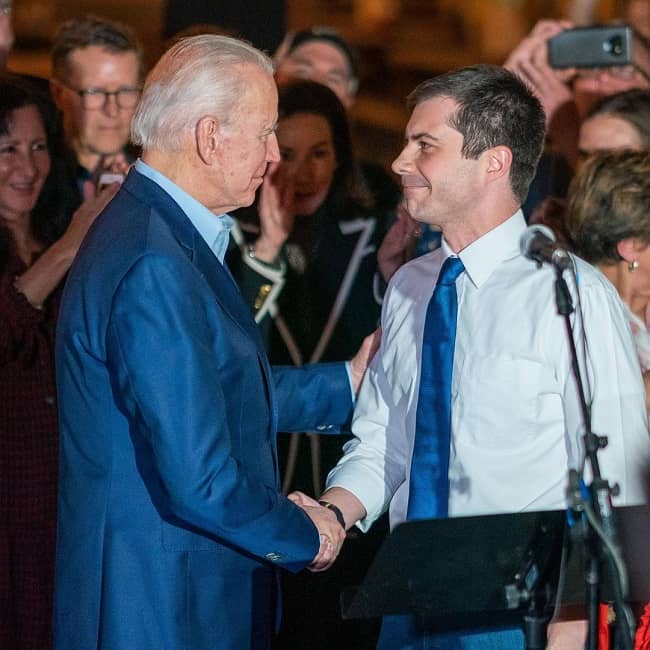 Between the years 2007 to 2010, he worked as a consultant at McKinsey & Company after graduating. Pete was then commissioned as a naval intelligence officer in the Navy Reserve in 2009. He was then deployed to Afghanistan for 7 months in 2014 before returning to South Bend as a lieutenant in the Naval Reserve until 2017. Furthermore, in 2010, he was the Democratic Party’s candidate for State Treasurer of Indiana but was defeated by Republican Richard Mourdock.

When it comes to awards, Chasten has not received any of them. Likewise, he has not revealed his income and wealth. Thus, Chasten’s net worth is still in the dark. Talking about his husband, Pete enjoys a net worth of $300k.

Chasten Buttigieg’s sexual orientation is gay. He has been open about it since he was 18. Moreover, he is married to Pete Buttigieg who happens to be a US politician. The couple had been dating since August 2015, after connecting on the dating app Hinge. The couple married in a private ceremony at the Cathedral of St. James in December 2017. As of now, he currently lives with his husband and two rescue dogs, Truman and Buddy. In April of  2019, the couple also revealed their desire to have a child. 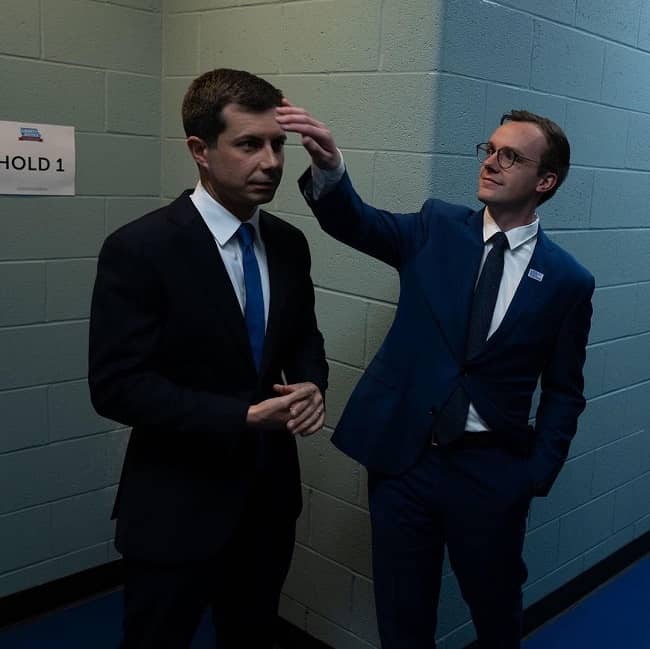 Chasten Buttigieg stands tall at 5 feet 11 inches and has a body weight of 78 kg. Likewise, the social media personality has blue eyes with dark-brown hair.