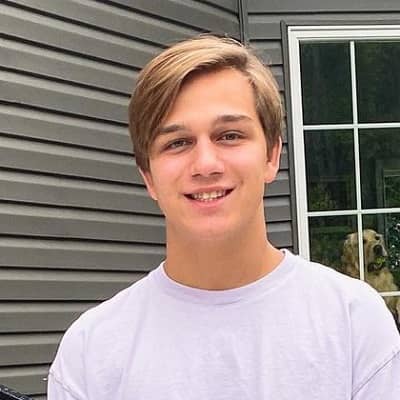 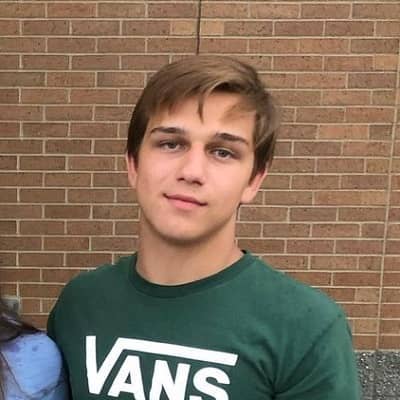 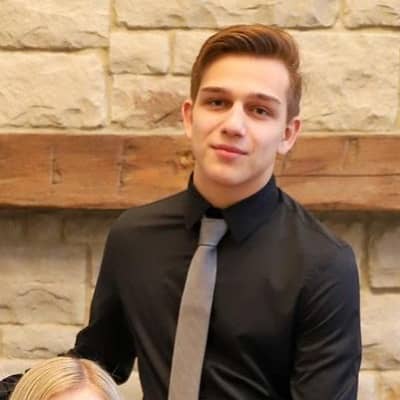 Chase Matthew is a young American social media personality. Chase Matthew is popular for being a family member of the Youtube channel “Our Family Nest”, and the couple’s channel “Chase and Asha”.

Chase Matthew was born on November 25, 2002, and he is currently 19 years old. Likewise, he hails from Michigan, United States, and his zodiac sign is Sagittarius. His family name is Grzegorczyk.

Talking about his family, his parents are his father Kenneth, and his mother Candi Reese Grzegorczyk. Likewise, he also has two brothers namely Blake and Andrew. He also has a sister named Karli, who is two years younger than him.

Moreover, he is currently attending Bedford Junior High School. He is also enrolled in their wrestling and football programs. It looks like sporting achievements are held in high regard in his household, as Andrew had played football in his school and Blake is a member of the Bedford High School football team.

Likewise, Karli takes dance lessons. He has Polish and French ancestry. His family has four dogs. They are a Yorkshire terrier named Tori, a Maltese Poodle named Shaggy, and two Pomeranians namely Daisy and Pippa. 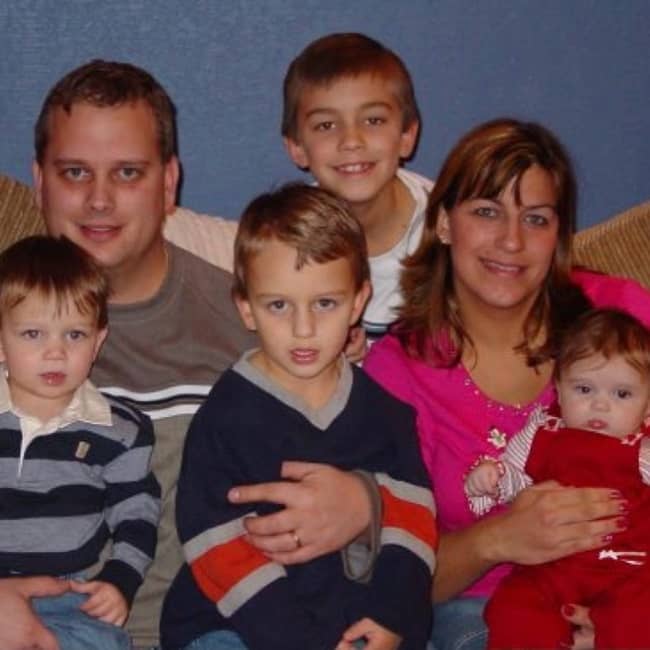 Caption: Chase Matthew posing for a photo with his whole family in a childhood photograph. Source: Instagram

Professionally, Chase Matthew is a social media personality. He is one of the stars of the hit YouTube channel “Our Family Nest”. He appears on the channel’s videos alongside his family of six. Moreover, the YouTube channel has earned more than 1.1 million subscribers.

Similarly, he and his family began making random videos in the year 2012. Then they began posting each and every day in October of 2014. Also, his favorite videos to do are the challenge videos that he does with his sister Karli. He also stars alongside his younger sister Karli Reese on the YouTube channel “Our Family Nest”.

Additionally, he is best known for sharing updates about his life with his family almost on a daily basis. Their videos also feature information on the family background, titbits of history of each family member, entertaining challenges, toy reviews, their dogs, DIY projects, the kids’ sports and hobbies, and their travel adventures—be it to the nearest grocery store or to Florida for Spring Break.

Some of the videos are dedicated to building their new house on a 10 acres-property they purchased in 2016. Most of the time, he is the main focus of the vlogs alongside his sister, Karli. The two of them are growing up right in front of their viewers, who absolutely adore them.

He doesn’t really film himself for the videos. However, we can see him through the loving eyes of his parents. Their audience has come to know of a cheerful boy from a pleasant family, treading the tricky waters of boyhood with remarkable charm and maturity. 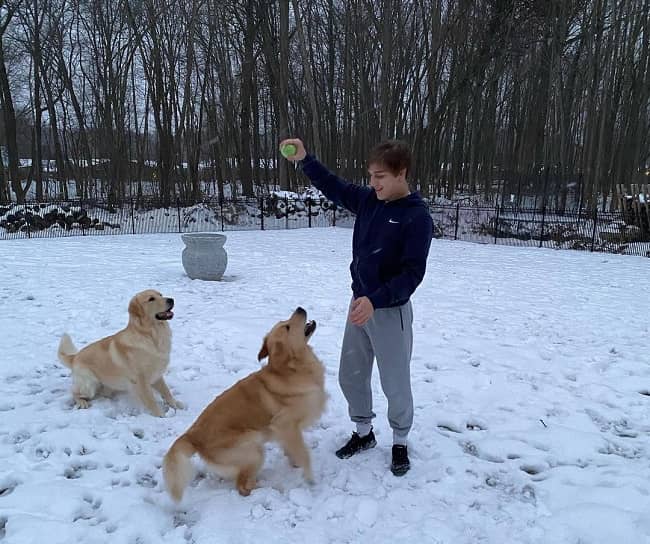 Caption: Chase Matthew was captured while playing with his pet dogs in the snow. Source: Instagram

His family set up their family Youtube channel on 29 October 2009. While they had been posting random videos since December 2011, they began the daily vlog in 2014. His family has posted a total of 2354 videos at the time of writing this biography in November 2020.

In the first video, the family ever uploaded, a nine-year-old he with the help of Karli explains the purpose of the channel with much gusto and flamboyance.

On 29 May 2015, ‘Our Family Nest’ uploaded a ‘Charlie Charlie Pencil Game Challenge’ video where he and Karli participated, leading to a hilarious outcome. It has now become the most-watched post on the channel, garnering a whopping 12 million views and still counting. Another video, where he and Karli try out their new hoverboards, has received 5.7 million views and counting as of November 2020. 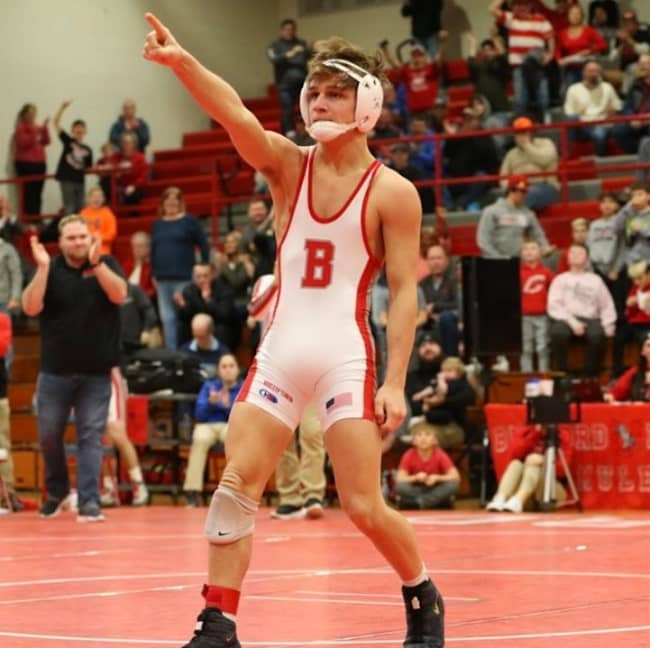 Caption: Chase Matthew was captured during his tournament. Source: Instagram

The adorable couple also has a Youtube channel together called “Chase and Asha”. The lovers share vlogs, pranks, challenges, and other couple’s content on this channel. Further, the lovers have uploaded just one video on their channel called GET TO KNOW US Q&A moving in together, how we met, how long we’ve been dating + more! on 19 November 2020. So far, this video has already earned more than 40k views in just after 4 days of its upload. 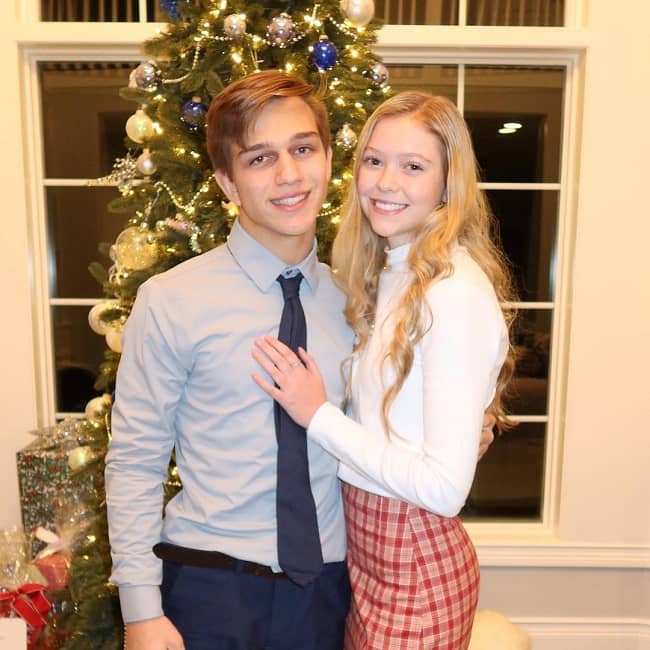 Caption: Chase Matthew posing for a photo with his girlfriend Asha during Christmas. Source: Instagram

He stands tall at an approximate height of 1.67 meters and his weight is around 61 kgs. However, as a teen, he still has a few more years left for his full growth and development. Hence, his body measurement stats might change for a few more years. Moreover, he has light brown hair and blue eyes.

Talking about his social media presence, Chase Matthew is available on Instagram under the username @chase.grz. This account currently 32 posts shares and more than 174k followers.

There is no record of his personal net worth and earnings. Nevertheless, his family has a combined net worth of approximately $2.2 Million.