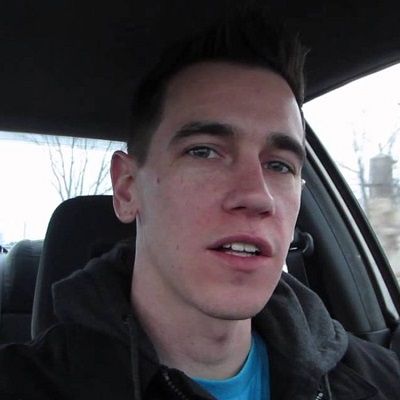 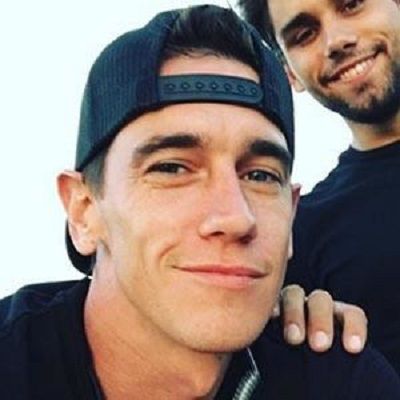 Chase Gilroy is an American Youtuber. Chase Gilroy has become famous for his prank videos on Youtube. His Youtube channel contains a variety of content including prank, daily vlogs, travel, and storytime videos. He also owns one more YouTube channel, which is primarily a technology-related channel. He has collaborated several times with fellow YouTubers.

Chase Gilroy was born on March 5, 1983, in Florida, USA, but was raised in Ohio. He is 38 years old and his zodiac sign is Pisces. He holds the American nationality.

The name of Chase’s mother and father is not available at the moment. Information on his siblings and other family members are also not available until now. Like many other famous personalities, he also likes to keep his family life private. And he doesn’t want to talk about it publicly. However, he has posted some pictures with his family on his Instagram account. 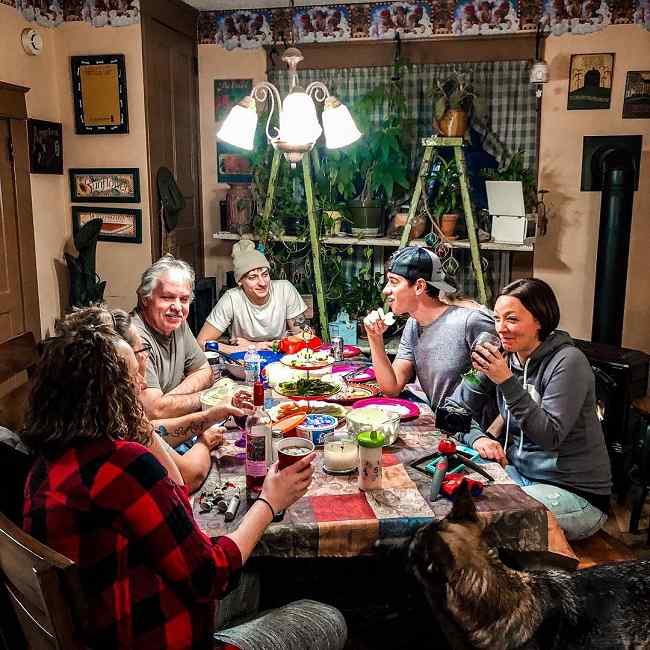 Caption: Chase Gilroy with his parents and other family members at thanksgiving party (Source: Instagram)

Regarding his educational background and qualification, no information about his school’s and university’s names are known. Considering his age, he must have graduated his high school as well as the university. However, Chase posts videos related to technology on his Youtube channel, so he may have knowledge in this field.

Chase Gilroy was always interested in photography and filmmaking since his childhood. He has had a huge fascination with electronic gadgets as well. Before joining Youtube, he was into a conventional office job. He had pursued photography as a hobby and he shot pics only in his spare time. However, things started changing when he began watching videos on Youtube. This was mainly induced by his brother-in-law, Roman Atwood who is a well-known Youtuber.

Chase Gilroy instantly liked the concept of filming funny videos and posting on Youtube. Moreover, he was excited by the fact that a career on Youtube will not just bring popularity but get good money as well. He was very much inspired by the kind of content Roman uploaded on his self-titled Youtube channel which now has crossed 10M subscribers.

Eventually, Roman offered Chase to work with him as a camera person. To no surprise, he accepted the offer without any second thought and began filming prank videos for Roman’s channel. Chase got to learn a lot of things related to Youtube, filming and working and many other things as well while working with Roman. Also, Roman started featuring Chase in his videos.

Furthermore, he made up his mind to explore Youtube as he was in love with the idea of making money by playing pranks on people. He then created his self-titled Youtube channel at the beginning of 2014 and named it ‘Gilroy Vlogs’. However, he didn’t restrict his channel only to prank videos. He also posted a variety of other content like daily vlogging, travel diaries, Christmas vlogs, DIYs, challenge videos, storytime videos, and other kinds of stuff as well.

Chase was successful to entertain a large number of audiences which further contributed to the huge viewership, mainly because of his variety of content. Surprisingly, he left his full-time job to create videos for his Youtube channel. Likewise, Chase is very much into filming videos and Youtube and he does post regularly on his channel. Moreover, Chase wanted to demonstrate to the world that anyone can change their lives at any time.

Later on, Chase created another Youtube channel titled ‘Gilly Gill” on August 26, 2014. This channel is mainly for gizmo freaks. Gilroy reviews and demonstrates newly launched gadgets and keeps his followers and fans update of the latest. However, this channel is yet to gather popularity as his first channel.

Chase Gilroy is also active in the live video community called ‘Twitch’. He often conducts live question and answer sessions on it. Moreover, Chase has even used his Twitch account for his virtual meet and greets with his fans.

Chase Gilroy worked with Roman Atwood for a very long time as his cameraman. They both have worked on Roman’s directional debut, ‘Natural Born Prankster’ as well. Likewise, Chase has also served as the chief of the camera and electrical department for the television series, ‘Roman Atwood’s Day Dreams’. Chase helped and has shot a total of four episodes for the series as well.

Chase has a best friend whose name is Dennis Roady. Dennis is also the popular Youtuber and prankster as well. Moreover, Dennis Roady has a lot of influence on Chase. He has helped Chase in his initial days very much. Likewise, he has not only helped Gilroy to film fine and quality videos but has also appeared on many of Chase’s prank videos.

Furthermore, Chase Gilroy is currently working on his third Youtube channel titled ‘Legends Of Awesome’. The channel was created on March 8, 2015. The channel only consists of two videos until now. Moreover, this channel is a collaborative channel with one of his friends. 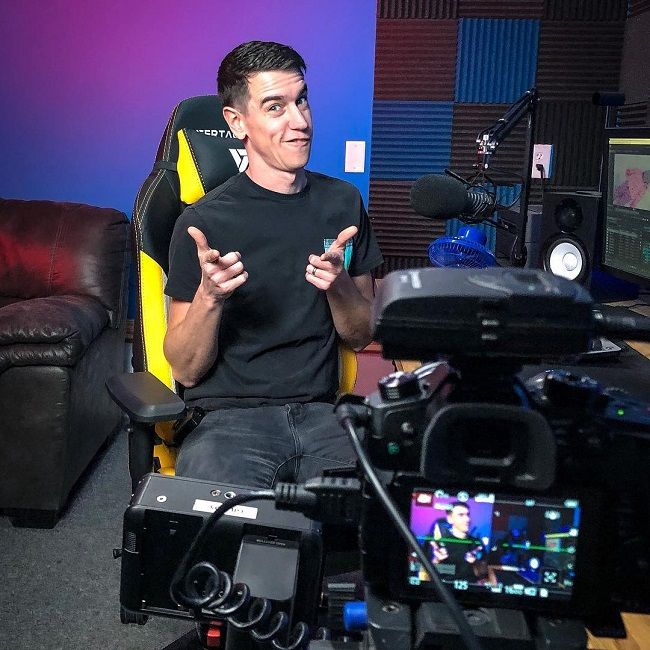 Chase Gilroy is married to Veronica Gilroy and is married since September of 2009. She is a Youtuber as well. Moreover, she is the sister of famous Youtuber and prankster, Roman Atwood’s wife, Brittney Smith.

Likewise, he is the father of three lovely children. He has a daughter named Eliza and has two sons whose names are Colin and Carsen. Veronica was pregnant with her fourth child and they found out the news in September 2015. Sadly, two months later, they lost their child in the womb itself. Though, they named the unborn as Cameron and also held the funeral for the baby pots the miscarriage. 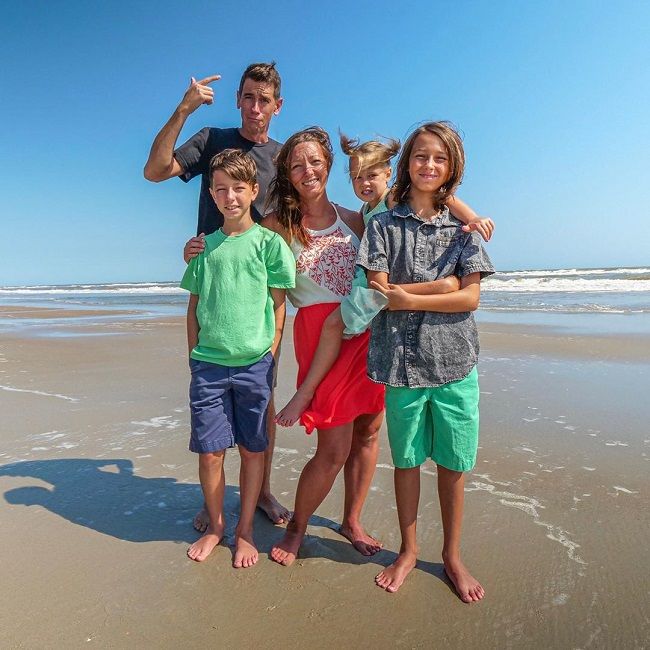 Caption: Chase Gilroy with his wife and children (Source: Instagram)

The height and weight of Chase Gilroy are not available at the moment. Moreover, his other body measurements are also not available until now. However, he has got black hair and dark green eyes.

Chase is pretty active on his social accounts. He has mustered 678K subscribers on Youtube and 197K followers on Instagram. Similarly, he has garnered 161.3K followers on Twitter and 36K followers on Facebook. Moreover, he is also active on Twitch.

Gilroy’s main income source is Youtube. Although he has never officially announced his net worth, according to wikifamouspeople, his net worth is around $100K-$1M.