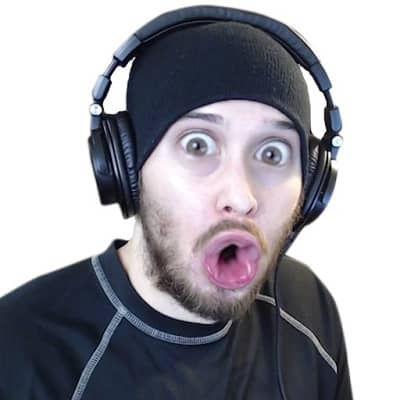 Charmx is a Canadian social media personality. Charmx is a phenomenon Youtuber famous for his video contents including comedy, animation, and gaming videos. Similarly, his channel ‘Charmx’ has over 1.03 million subscribers in it.

Charmx was born on 30th September 1994 and is currently 26 years old. His birth name is Karl Cloutier and his zodiac sign is Libra. Likewise, Chramx was born in Ontario, Canada and his nationality is Canadian. Similarly, talking about his ethnicity and religion, he is a Caucasian and follows Christianity. Regarding his family background, he is quite discreet and has not shared much information about his personal life in media. Likewise, he has not given any information about his family members.

Charmx is a social media personality by profession who operates a Youtube channel.  Likewise, he joined the channel on 22nd July 2017 and has 1.03 million subscribers on his ‘Charmx’ channel. Before this, he created his first channel in March 2013. His initial channel was ‘TheCritizalBastard’ previously named as DoYoTing. However, he does not still operate this channel. Likewise, he also had the ‘CharmxGames’ channel on Youtube which he ended in February 2016. This was his gaming channel but this does not operate anymore.

Furthermore, at present, he only uses his primary channel which he opened in the year 2017. In this channel, he posted his first video ‘WHY IS THIS SO FUNNY? REACTING TO |YTP| DIPPER GOES TO TACE BELL’ on 23rd July 2017. This video has over 312k views on it. Followed by this, he posted his second video the same day. He uploaded ‘YOU TRIED TO SCARE ME! – REACTING TO YTP: CRAZY AND HEAVY CHARMX ON ACID’ and has 62k views on it.

Moreover, he has posted 2,518 videos on his channel and has over 441million views in it. Likewise, his most viewed video on the channel is ‘THE BEST THING EVER! – LIFE IS FUN – FT. BOYINABAND (OFFICIAL MUSIC VIDEO) REACTION!’. He posted this video on 20th June 2018 and has 2.4 million views on it. Likewise, his other popular videos include, ‘IS THIS REALLY HOW IT ENDS!’ and ‘HE IS MAD! – REACTING TO MONKEY’S SHOW – THE SUN!’. These videos have over 2.1 million views on it.

Unfortunately, there is no information about his body measurement available in media. Looking at his appearance, Charmx has a charismatic personality and has an average body type. Likewise, he has fair skin with a brown pair of eyes and light brown hair color.