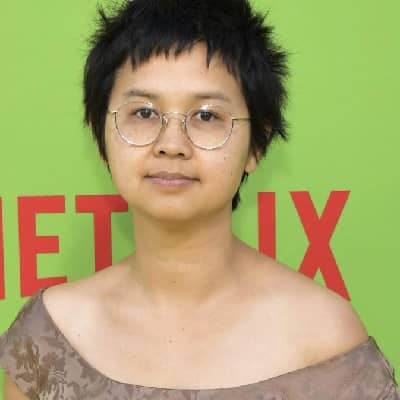 Charlyne Yi is a prominent American actress, comedian, writer, and musician. Charlyne Yi is most known for her portrayal of Dr. Chi Park on Fox’s House, a medical drama. She last appeared as Lucy in the 2020 crime comedy-drama series Good Girls as a guest star.

Charlyne’s first name is Amanda Charlyne Yi. On January 4, 1986, she was born and is now 35 years old. Charlyne was born in Los Angeles Country, California, and raised in Fontana, California. Her zodiac sign is Capricorn. She is an American citizen of Filipino, Spanish, Korean, Irish, Mexican, German, French, and Native American origins. Her parents’ names are Luciano Yi and Lydia Yi. She hasn’t shared his sibling’s stats, so she may be her parents’ only child.

In terms of education, she attended Bloomington High School before enrolling at the University of California, Riverside.

Charlyne began her career as a theater performer. She has appeared in a number of shows and venues, including The Steve Allen Theater, The Upright Citizens Brigade Theatre, The New York Comedy Festival (2005 & 2006), HBO’s U.S. Comedy Arts Festival in Aspen, Colorado (2007), and others.

Yi made her film debut in 2007 with Judd Apatow’s film Knocked UP, in which she played Jodi. In 2009, she co-starred with Michael Cera in the hybrid documentary Paper Heart as a fictitious version of herself. She is also the film’s executive producer and co-writer. She also lends her voice to upcoming films such as Trolls World Tour (Pennywhistle) and We Bare Bears: The Movie (Chole Park).

Yi currently tours as a recording artist and as a member of the band Sacred Destinies. Previously, she was a member of the band ‘The Glass Beef,’ which included Paul Rust. The band recorded their debut album, named ‘The Farewell Album,’ in 2006. Similarly, she performs in bands such as Moses Campbell, Keychain, and Rangdang.

Similarly, she currently runs her own non-profit organization, Caring is Cool, which she founded in 2011. She has often held a benefit show to raise funds for the charity. She has been involved with Oxfam America, an organization that works to raise concerns of poverty and hunger around the world, since 2010. Likewise, she has also published books such as Oh the Moon (2015) and You Can’t Kill Me Twice (so Please Treat Me Right) (2019).

At the 2009 Sundance Film Festival, Yi received the Waldo Salt Screenwriting Award. The following year, she was named one of Venus Zine’s “25 Under 25” women in 2009.

Charlyne has an estimated net worth of around $1 million as of 2021, owing to her various careers as an actor, novelist, painter, and guitarist. Furthermore, her annual salary, other investments, and real estate are also being scrutinized.

Charlyne Yi is a divorcee. Previously, she was wed to Jet Elfman. On November 25, 2015, the pair exchanges vows. Their union, however, did not last long, and they divorced in 2018.

Furthermore, there are no details available about her marital life. She has, however, been in relationships with Michael Cera (2006–2009) and Jeremy Kaluza.

The guitarist is 5 feet 3 inches tall and weighs about 54 kilograms. Her hair is dark brown, and her eyes are purple. Her shoe style is a size 2. (US). Her other body measurements are still unavailable.