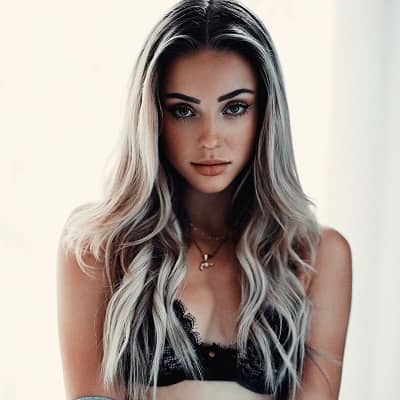 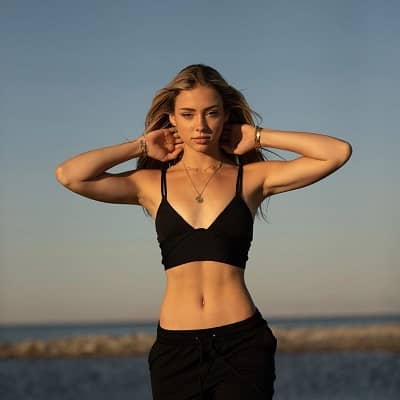 Charly Jordan is an American Instagram model and a YouTuber. There are no Instagram posts where her followers won’t show their love and admiration for her. Charly Jordan has been an athletic person involving herself in physically demanding sports such as soccer, surfing, and track-and-field.

Charly Jordan was born on March 9, 1999, in the United States. She was born in Las Vegas and grew up there. Ever since Charly was a kid, she was passionate and interested in athletic activities. She holds an American nationality and belongs to caucasian ethnicity. Similarly, her age is 22 years and her zodiac sign is Pisces. Also, she follows Christianity as her religion. Coming to her family, in one of her videos, she mentioned her father saying that he and her mother divorced when she was just three years old.

Other than that, she has not said much about him or mentioned anything about him. She grew up with her mother so, she is very close to her mother. Her mother has always been her number one supporter since the day she was born. Charly is the oldest of six siblings she has. She has four brothers and two sisters with whom she grew up with. Moreover, she also lived in Costa Rica for two years. Later, she became based in Los Angeles. Her childhood was very great with a lot of support and attention from her parents. They were always fulfilling everything she needs to pursue what she wants.

In simple words, she had experienced a childhood that has certainly played a key role to achieve the success she is gaining right now. There is no information about her education and qualifications until now. However, given her achievement, she seems to be well-educated. She used to play competitive soccer when she was 12 years of age. Also, she was a track-and-field athlete competing in the track for four years. She was specialized in sprinting and hurdling. 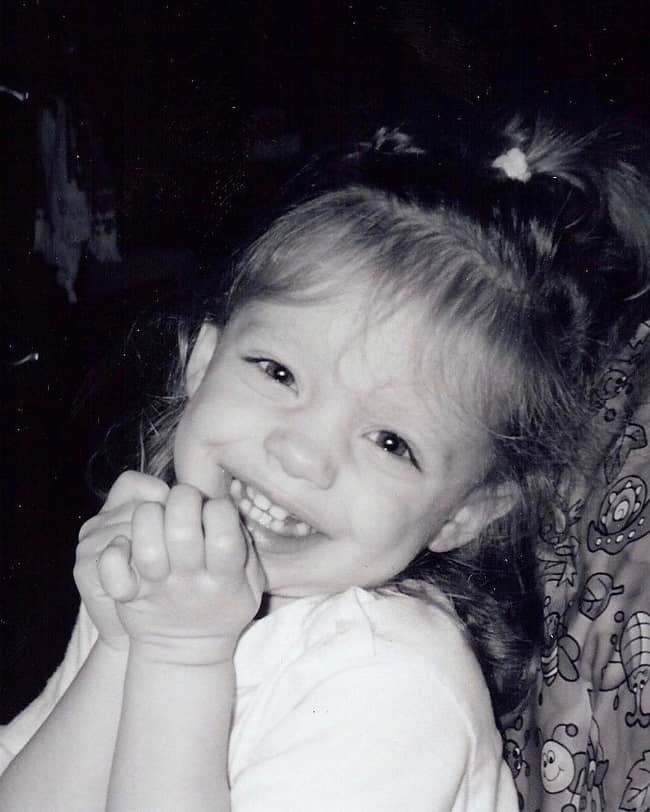 Caption: Charly Jordan when she was very young (Source: Instagram)

As she grew up, Charly became an Instagram star who earned a lot of fame and attention for hot modeling portraits, mostly on a bikini which she uploads on her Instagram account. She has been photographed by photographer Zach Allia, who has also appeared on her Instagram. At the time of writing this article, Charly has already amassed more than 2.3 million on Instagram alone. At the moment, she works as a director, model, and DJ. Also, she got a lot of attention when she won the Challengers Game organized by popular YouTuber Logan Paul.

Other than this, she also runs her own youtube channel where she has over 122,000 subscribers, as of May 2020. She uploaded her first video titled “EASY GLOWY SUMMER MAKEUP TUTORIAL”. Her most viewed and popular video under her channel is “50 Facts | Charly Jordan”. Also a sprinter and hurdler, she placed 6th amongst her age group in the entire nation for the hurdle event. She won the state championship for hurdling two times. Her major achievement came when she won the Diamond Kid Triathlon. Also, she competitively learned and competed in surfing competition when she lived in Costa Rica for two years.

Gradually, she started to leave these athletic sports as she grew up to pursue a career in modeling and social media. She even got a track-and-field scholarship at her college. Moreover, she has made videos for music festivals all over the world, including Pal Norte, Electric Daisy Carnival, and Coachella. other than all this, she also posed for reputed brands like Forever 21, Pura Vida, and Revolve. She works for “Smoke Roses” as a director. Additionally, she also owns the Smoke Roses firm which is a small start-up. She also collaborated with “Club House” which has amassed over 250+ K fans on picture sharing application. 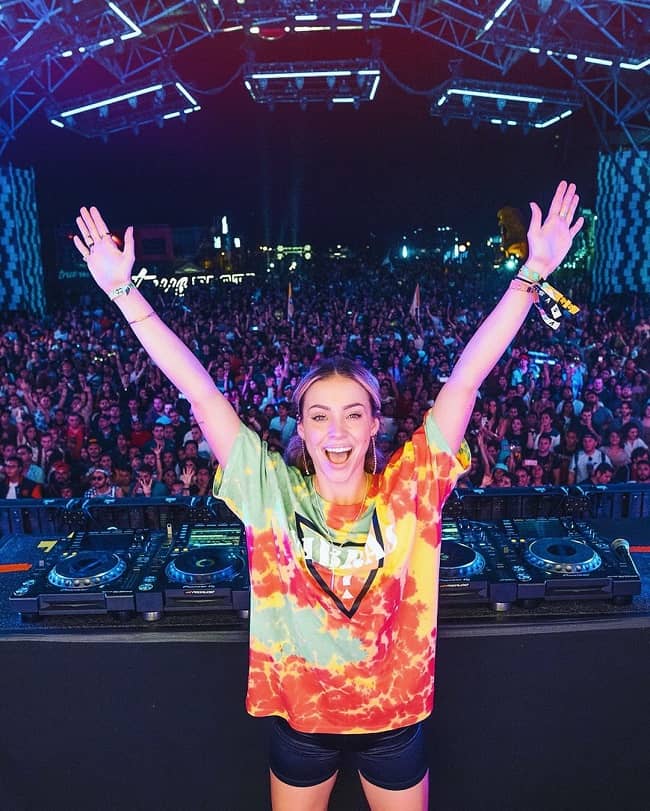 As Charly has more than 2.3 million followers on her Instagram account, advertisers pay a certain amount for the post they make. Considering Charly’s latest 15 posts, the average engagement rate of followers on each of her posts is 6.89%. Thus, the average estimate of the amount she charges for sponsorship is between $4,572.75 – $7,621.25. Currently, she has more than 114k subscribers on her channel with an average of 2,984 views daily. According to socialblade.com, from her YouTube channel, she earns an estimated $269 – $4.3K in a year calculating the daily views and growth of subscribers.

Thus, evaluating all her income streams, explained above, over the years, and calculating it, Charly Jordan’s net worth is estimated to be around $1 million. Her previous net worth was $300k – $400k. She advertises various brands and earns sponsorship as well. She also makes a decent amount of money by collaborating with various brands like hair, fitness, swimwear, skincare, fashion, makeup, etc.

Charly Jordan has a very frank and open attitude which is why she shares many things with her fans and followers. As one of the gorgeous and popular Instagram models out there, it is quite obvious that her romantic life would be a matter of curiosity for a lot of people. In one of her videos, she said that she trusts people quite easily for which she has been taken advantage of. So, she had a lot of relationships that did not work out.

However, As of 2020, Charly Jordan is dating her boyfriend named, ‘Tayler Holder’. The duo often shares their images under their Instagram accounts. Previously, she dated Robert Graham. Charly and Robert’s relationship has had its ups and downs, just like all other young romances. But the good thing about this couple is that they use obstacles to their advantage, which goes to show why their relationship is as strong as it is. 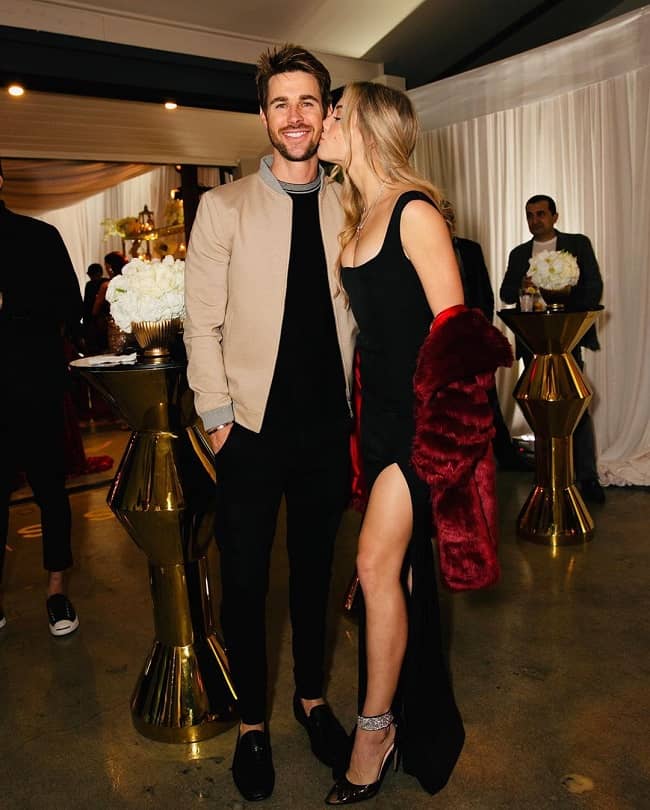 Regarding her body measurement, she is 5 feet 8 inches tall. She weighs around 60 Kg. Also, it is known to all that she has a wonderful and hot hour-glass shaped body physique. Her body measurements are 33-25-35 inches and she wears a bra cup size of 30 B. Moreover, she has a pair of light brown eyes and blonde hair. She is a fitness freak so, she has a curvaceous, seductive, and hot figure. Charly wears a shoe size of 7 US. She includes healthy veggies in her diet regime. Furthermore, she also inked several tattoos on her body parts.

Coming to her social media status, she is very active there. She is active on Instagram, Twitter, and also on Facebook. On Instagram, she has 3.3 million followers and on Twitter, she has 18.9 K followers. Also, on Facebook, she has more than 4 K followers. Being a YouTuber, it is obvious that she has a YouTube channel. And there she has 141 K subscribers. As it is her profession to get along with the public with her social media accounts. So, she is in touch with her fans and followers every time.