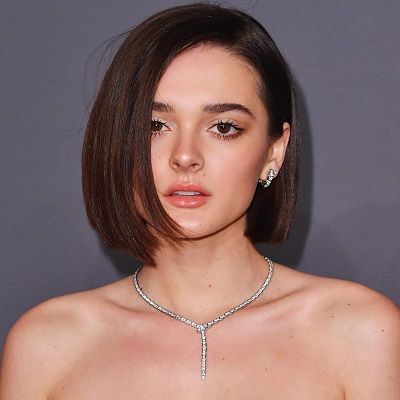 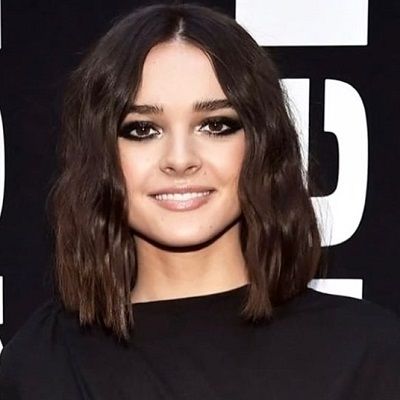 Is Charlotte Lawrence a COVID-19 patient?

Yes, Charlotte Lawrence is a COVID-19 victim. She tested positive for the Corona Virus and posted it to social media on March 18, 2020. This 19-year-old young singer says she tested positive a few days ago but believes she will be fine. Likewise, she tweeted on her Twitter account as well as also posted about her positive result on Instagram.

She said that she was told by her doctor, that she too has COVID-19. Similarly, she consoles her fan telling her she will be fine soon. She also urged her followers to believe in the well-being of others and stay inside. Her heart-touching tweet shows how much she loves her family members and cares about them. As well as she also told her fans to be concerned about their families.

Through her Instagram and Twitter posts, she seems to be very concerned regarding COVID-19 and also appealed for support by donating to those in need. She has also mentioned many charities @WHO, @RedCross, @FeedingAmerica, and @NoKidHungry for collecting donations.

Likewise, she has also suggested everyone for staying inside whether they are feeling sick or not. Hope she will be recovered soon and stay healthy. And also wish her a speedy recovery. Moreover, she has also told every to “STAY SAFE STAY CLEAN STAY POSITIVE STAY SANE STAY HOME.

Charlotte Lawrence is 22 years old. She was born on June 8, 2000, in Los Angeles, California, the United States under the birth sign Gemini. Her mother’s name is Christa Miller and she is an actress. Her father’s name is Bill Lawrence and he is a television producer. Similarly, her mother gained fame for portraying a number of sitcom characters, including Jordan Sullivan on Scrubs, a show her father created. 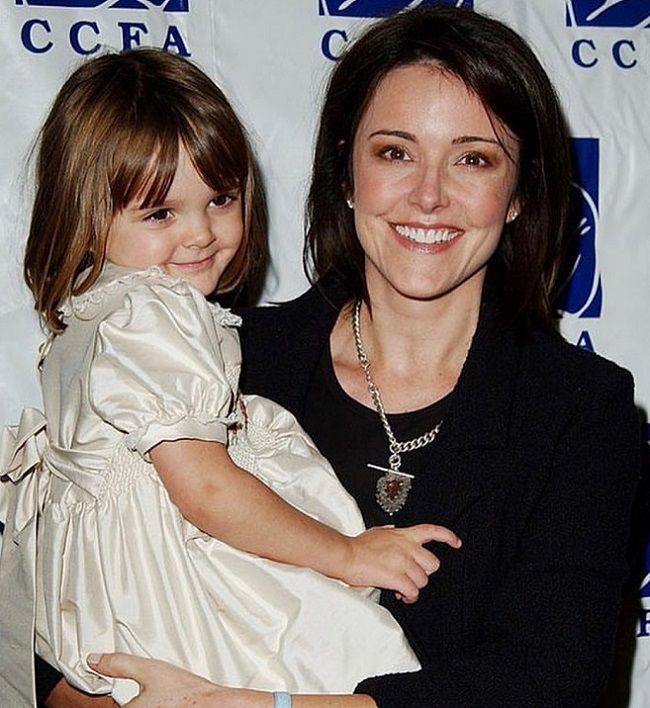 Caption: Charlotte Lawrence with her mother in her childhood photo (Source: Instagram)

Likewise, she is the great-niece of actress Susan Saint James. Her paternal great-great-great-grandfather William Van Duzer Lawrence was the real estate mogul. Since her childhood days, she started singing. Similarly, she has two younger siblings brothers named William and Henry.

Moreover, she holds American nationality but has not mentioned her ethnic background. She exposed to the entertainment industry at an early age and impacted by music when she was still a toddler.  Her mother’s taste in music inspired little her into acknowledging music as her favorite leisure movement.

Moving toward Lawrence’s educational background, she attended Marymount High School in Los Angeles. During her high school days, she was a member of volleyball and basketball teams. At the age of 5 years old, she enrolled in piano classes and also learned to play the guitar on her own.

Talking about Charlotte Lawrence’s professional life, she is a singer, songwriter as well as a model. Though she started her music as her career since 2018, she was engaged on music for a very young age.

She had already started her modeling career at 14 before diving into a full-time career in music.  Similarly, she has made an appearance on print shoots for many cosmetic and apparel brands as a teenager. Likewise, her modeling career peaked when she got signed with ‘IMG Models’ which is one of the best American modeling agencies. Further, she has also appeared on the covers of several magazines such as ‘Teen Vogue’ and ‘Harper’s Bazaar.’

Likewise, she started her music career as well during her teenage. In 2014, she released her first debut single, ‘The Finish Line.’ It was released individually on her social media platforms. Through then, she gained a large fan following on social media, owing to her success as a model. Soon then, she released songs such as ‘Ever After’ and ‘You’re the One That I Want.’ She also covered an original song by ‘Grease.’ Her song became viral, and she was not just recognized as a “pretty model” anymore.

After her success in a music career, she released two singles, ‘Seventeen’ and ‘Sleep Talking.’ She was achieving more attention and success after her back to back the release of the song. She was even requested by Natalie Maines herself to perform with the band. Eventually, she was contracted by the label ‘Human Re Sources’ in 2017.

In 2018, she released her single titled ‘Psychopath,’ collaborating with other artists such as Nina Nesbitt and Sasha Sloan. She later appeared in another single, titled ‘Keep Me Up.’ In March 2018, she also starred on Kaskade’s single “Cold as Stone”.

Finally, she released her debut, E.P. Young in June 2018.  She also boarded on a nationwide tour for the promotion of the album. In addition, She has also contributed to the soundtrack of the famous Netflix series ‘13 Reasons Why.’ She has collaborated with Yungblud to create the song ‘Falling Skies,’ which was featured in the second season of the series.

Recently, she has released Charlotte Lawrence – Joke’s On You (from Birds of Prey: The Album) [Official Music Video]. It was premiered on February 7, 2020.

Though this talented personality has not received any award till now. She will be surely receiving the award for her singing talent in the future. 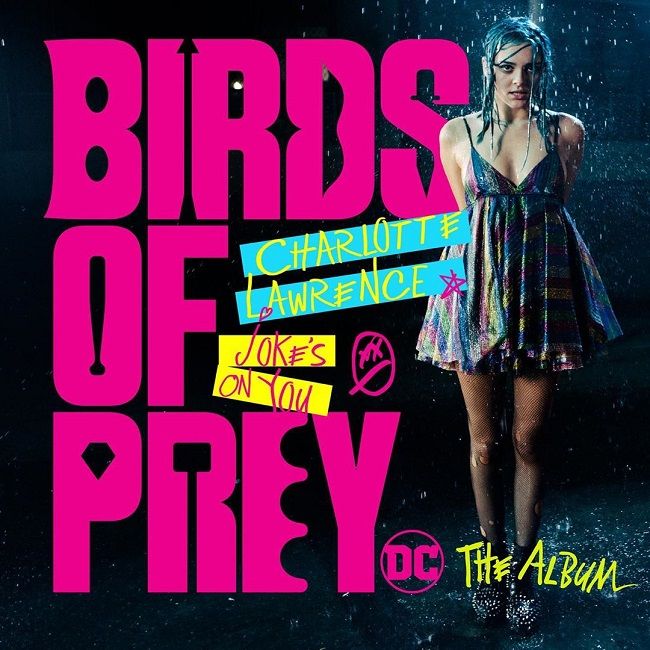 Speaking on Charlotte Lawrence’s earnings, she is a rising singer and star personality who has earned a decent sum of money through her work. However, she has not disclosed her exact net worth as well as her annual salary officially.

Further, talking about her mother’s estimated net worth is around $20 million. Likewise, she is living a lavish lifestyle with all fulfillment of her needs along with her parents. 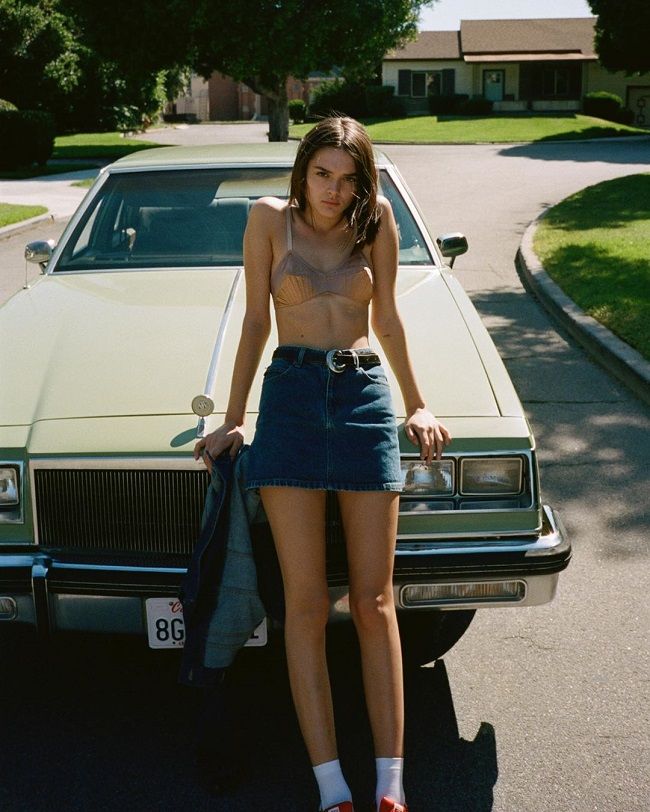 Is Charlotte Lawrence dating someone? Who is her boyfriend?

Talking about her past relationships, she dated pop singer Charlie Puth in 2019. However, their relationship does not last long.

Furthermore, she has maintained a clean profile and has not been through controversial acts. Therefore, there are no rumors or scandals regarding her personal as well as professional life.

The 19-year-old beautiful Charlotte Lawrence has a charming personality. She has good height with a slim body type that stands around 5 feet 8 inches. Her body weighs around 58 kg. Likewise, she has a pair of gorgeous dark brown eyes with brown hair color. She keeps on coloring her hair with different colors like blonde, blue, green, etc.