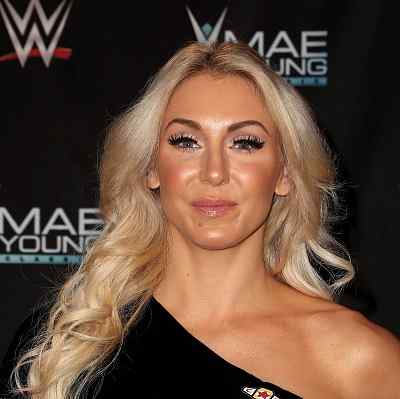 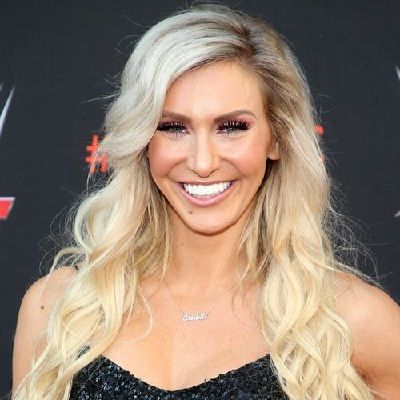 Charlotte Flair’s real name is Ashley Elizabeth Fliehr and she is a second-generation American professional wrestler signed to WWE under the SmackDown brand. Charlotte Flair is her ring name but she is also an actress and an author. However, she is popular as the daughter of the famous WWE Hall Of Famer Ric Flair, WWE’s living legend.

Charlotte Flair is 35 years old as of 2021. She was born on April 5, 1986, in Charlotte, North Carolina. Her father’s name is Ric Flair, one of the legends in the wrestling world. She has an older half-sister, Megan, younger brother Reid Flair (died on March 29, 2013), and an older half-brother, David Flair. Simultaneously, she belongs to the wrestling family background.

Likewise, she holds American nationality and ethnicity is still unknown. Her birth name is Ashley Elizabeth Fliehr and her zodiac is Aries. Sadly, her brother Ried died in a hotel room at just 25 years old. That was the end of a tumultuous life where the young professional wrestler struggled with legal issues and drug problems. As the autopsy later revealed, per Chris Dyches of WISTV, a heroin overdose killed him.

Talking about her educational background, she attended Appalachian State University in Boone, North Carolina. She played volleyball in the 2005 and 2006 seasons. Then she went to North Carolina State University, where she graduated with a Bachelor of Science in public relations in Spring 2008 while also being a certified personal trainer prior to becoming a wrestler.

Talking about  Charlotte’s professional life, just like her father Ric Flair, she made her first appearances at World Championship Wrestling (WCW) at the age of 13. She agreed to a developmental contract with WWE and assigned to NXT, their developmental territory on May 17, 2012.

Likewise, she got the ring name ‘Charlotte’, and her first televised singles match, she defeated Bayley on the episode of NXT. Then she defeated Alexa Bliss in the semifinals of the tournament for the vacant NXT Women’s Championship. In 2014, she became the NXT Women’s Championship and also named “Rookie of the Year” by Pro Wrestling Illustrated. Also, she formed a tag team with Bayley, and the two defeated Aksana and Alicia Fox on the September 4 episode of NXT. 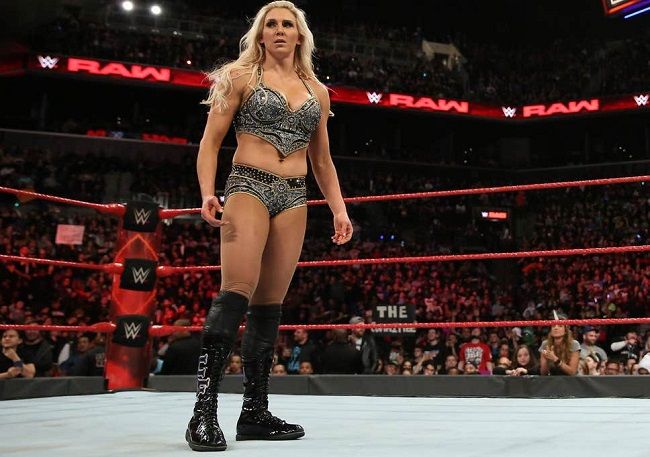 Caption: Charlotte Flair on the battlefield (Source: The Independent)

Moreover, she has an outstanding 2016. As she was crowned as the inaugural WWE Women’s Champion. Similarly, she also named the World’s top female professional wrestler. On April 11, 2017, she was again shifted to SmackDown. In October 2016 her match against Sasha Banks at Hell in a Cell was the first match featuring women to headline a WWE pay-per-view event.

Furthermore, she made her video game debut as a playable character in WWE 2017. Again she returned on the July 16 episode of SmackDown Live, defeating Liv Morgan.  In 2017, she also portrayed Heather Rockrear in Psych: The Movie. She has also released Second Nature: The Legacy of Ric Flair and the Rise of Charlotte, co-written with her father and Brian Shields, author of the WWE Encyclopedia on September 19, 2017. Likewise, in between  2018 she became the second woman in WWE history to hold seven women’s championships, alongside WWE Hall of Famer Trish Stratus.

On January 27, 2019, at the Royal Rumble, she competed in the women’s Royal Rumble match, lasting 50:01 minutes. Similarly, she returned on July 16, 2019, at the episode of SmackDown. At present, she was drafted back to the Raw brand.

On January 26, 2020, she won the Royal Rumble match by lastly eliminating Shayna Baszler at the Royal Rumble pay-per-view. She spent weeks taunting an announcement marking her championship opponent at WrestleMania 36, leading to confrontations with NXT Women’s Champion Rhea Ripley on Raw and NXT.

Her favorite wrestler is Trish Stratus and her favorite rock bands are Guns N’ Roses and Mumford and Sons. Her favorite TV shows are Games of Thrones and Sons of Anarchy, and her favorite movies are Braveheart and Jurrasic Park. Moreover, she loves Ben and Jerry’s Phish Food ice cream.

Being a celebrity daughter and successful wrestler herself, she has a huge influence over her audience. Similarly, she has received brand endorsement deals as well. As of now, she endorses for brands such as Hello Fresh, Great Lengths Hair Extensions, Ringside Collectibles, Mogy App, Tapout, and Burger King.

Charlotte Flair has earned a decent sum of money by her wrestling career. Her estimated net worth is around $1.5 million including all of her properties and earnings, as of 2019. As per WWE’s data, she has the highest PPV byes record after Ronda Rousey.

Furthermore, she is also popular as the Queen of Pay Per Views in WWE and also listed among the top ten highest-paid Divas in the WWE universe. Furthermore, she received over $300k in Royalty for her book Second Nature: The Legacy of Ric Flair and the Rise of Charlotte.

As of 2019, Charlotte Flair is in a relationship with fellow WWE wrestler, Manuel Andrade Oropeza, better known by the ring name Andrade. The couple got engaged on January 1, 2020. 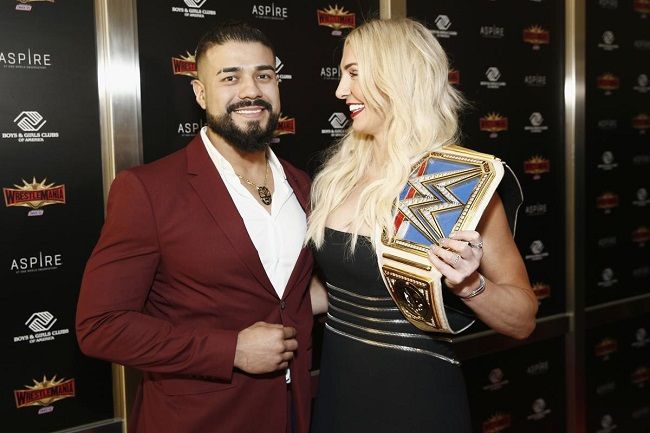 Talking about her past relationship, From May 2010 and to February 2013, she married to Riki Johnson. However, she divorced Johnson after having been the victim of multiple domestic assaults.

In October 2018, Johnson filed a lawsuit against Flair, author Brian Shields, her father, and WWE for “defamatory statements” that were written in the book regarding his domestic violence. Likewise, after that from 2013 to October 2015, she was married to Thomas Latimer, better known by his ring name Bram.

Fliehr was arrested on September 5, 2008, in Chapel Hill, North Carolina for assaulting a police officer after a fight involving her, her then-boyfriend, and her father. She pleaded guilty to a lesser charge and was sentenced to 45 days in jail, which was suspended to supervised probation and a $200 fine.

Charlotte Flair has an amazing personality and a stunning body. She has a height of 5 feet 10 inches and weighs around 64 kg. Her Body Measurements is 37-28-36 Inches. Likewise, her Bra size is  37 Inches, Waist size is  28 Inches and Hip size is 36 Inches. And her dress size is 8. Moreover, she has blonde hair color and green eyes.

Fliehr has multiple tattoos. This includes two hearts above her waistline; her first husband, Riki’s name below her waistline; a heart on her left wrist; a quote from the Bible on the left side of her torso, that reads “guard your heart above all else, for it will determine the course of your life” (Proverbs 4:23); a cross on the right side of her torso; and a quote on her right forearm, reading “a little patience…” from the Guns N’ Roses song “Patience”. The latter two are tributes to her late brother, Reid. 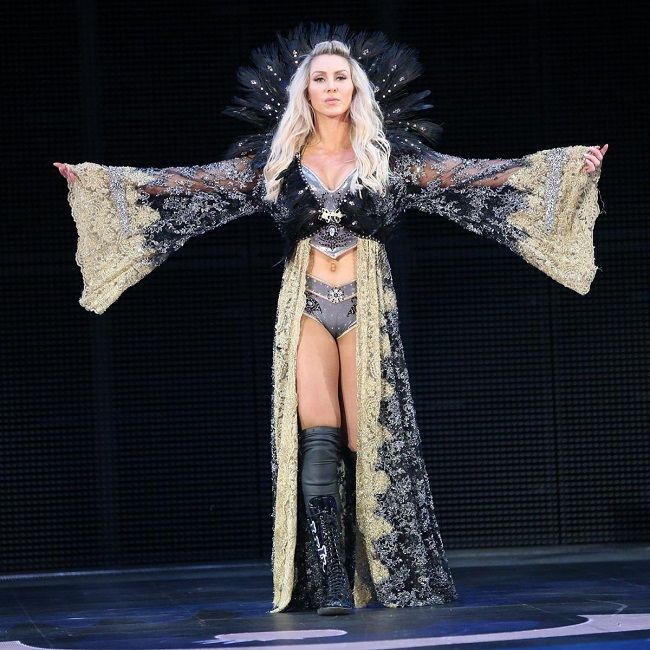