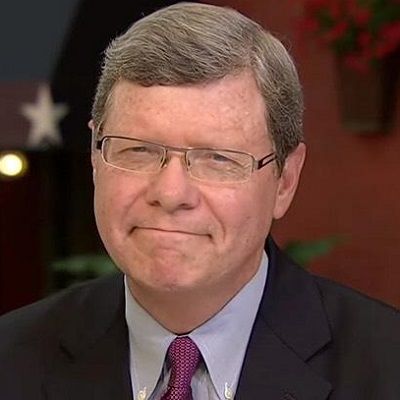 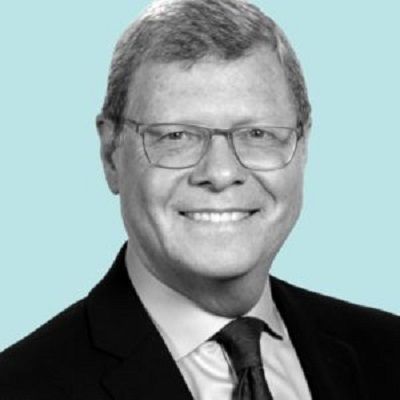 Charles Jay Sykes is an American political commentator who is currently editor-in-chief of the website The Bulwark. Charles Jay Sykes hosted a conservative talk show on WTMJ in Milwaukee, Wisconsin.

Charles Sykes was born on November 11, 1954, in Seattle, Washington. He is 68 years old. Later, he grew up in New York and Fox Point, Wisconsin. He is the son of Katherine “Kay” Border and Jat G.Sykes. His father was a lawyer who later worked as a journalist for several small newspapers in New York.

Jay later became a board member of the American Civil Liberties Union Wisconsin chapter. It ran for Lieutenant Governor of Wisconsin unsuccessfully against Martin J. Schreiber in the 1970 primary. 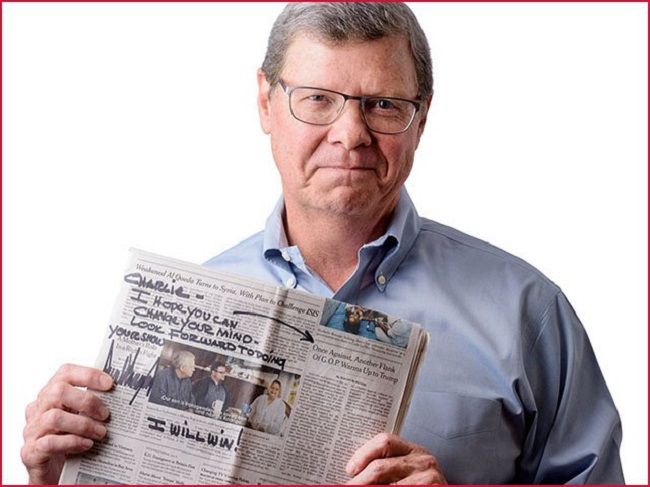 Charlie Sykes is the founder as well as editor-at-large of The Bulwark, and host of The Bulwark Podcast. He is also an NBC/ MSNBC contributor.

He began his career as a journalist, starting in 1975 with West Allis, Wisconsin weekly The Northeast Post for a year. In 1976, he joined The Milwaukee Journal, starting with reporting on stories in the North Shore suburbs. After seven years of reporting in the Milwaukee area, Sykes moved to Cleveland as a staff writer for Cleveland Magazine. However, the magazine went out of business by the end of the year. He returned to Milwaukee as managing editor at Milwaukee Magazine in 1983 and moved up to editor-in-chief in January 1984. He wrote features, investigative articles, and commentary for Milwaukee Magazine.

Similarly, Sykes has been a published author, primarily concerning education. He made his debut in 1988 with Profscam: Professors and the Demise of Higher Education, inspired by his father’s essay published posthumously in October 1985. He has written for Imprimis, The New York Times, and The Wall Street Journal. Moreover, he even worked as an editor; for WI Interest magazine and the website Right Wisconsin.

Charlie Sykes has written nine books, including A Nation of Victims, The Hollow Men, The End of Privacy, Profscam, 50 Rules Kids Won’t Learn in School, Dumbing Down Our Kids, A Nation of Moochers, and Fail U. He was also a co-editor of the National Review College Guide. 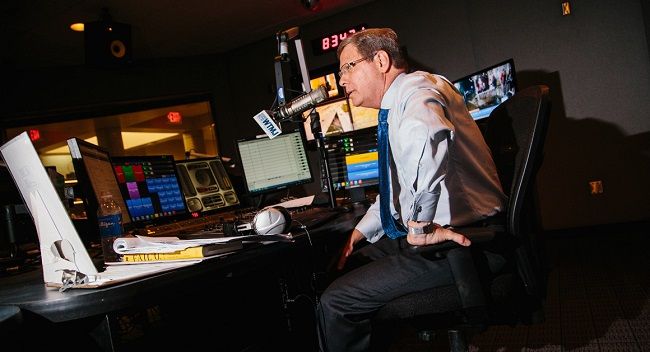 Sykes started hosting talk radio in 1989 as a backup host for Mark Belling at WISN in Milwaukee. He got his show on WISN by 1992. Later, he jumped to WTMJ within a year and hosted a mid-day show there until December 19, 2016.

On July 26, 2005, WTMJ settled a libel lawsuit against Sykes for $5,000 with Spanish Journal editor Robert Miranda, over a November 2004 blog post by Sykes that alleged that Miranda in 1991. It organized a protest that became violent in opposition to a “pro-American” rally at the University of Wisconsin-Milwaukee, information that Sykes later retracted. He did not support the Donald Trump presidential 2016 bid. They campaigned against him and instead chose to cast a write-in vote for independent conservation candidate Evan McMullin. In October 2016, Sykes announced that he had decided late in 2015 to quit his radio show for unspecified personal reasons.

In December 2016, Sykes wrote a New York Times op-ed suggesting that the conservative movement had lost its way during the campaign. Over time, we’d succeeded in delegitimizing the media altogether-all the normal guideposts were down, the referees discredited.”

From January to April 2017, Sykes was part of a rotating set of hosts of Indivisible, a call-in talk show distributed by WNYC public radio in New York City, along with Brian Lehrer of WNYC and Kerri Miller of Minnesota Public Radio among others. The show analyzed and discussed the first 100 days of President Donald Trump’s new administration. In February 2018, Sykes became the new host of The Daily Standard, the revived podcast of The Weekly Standard Magazine. 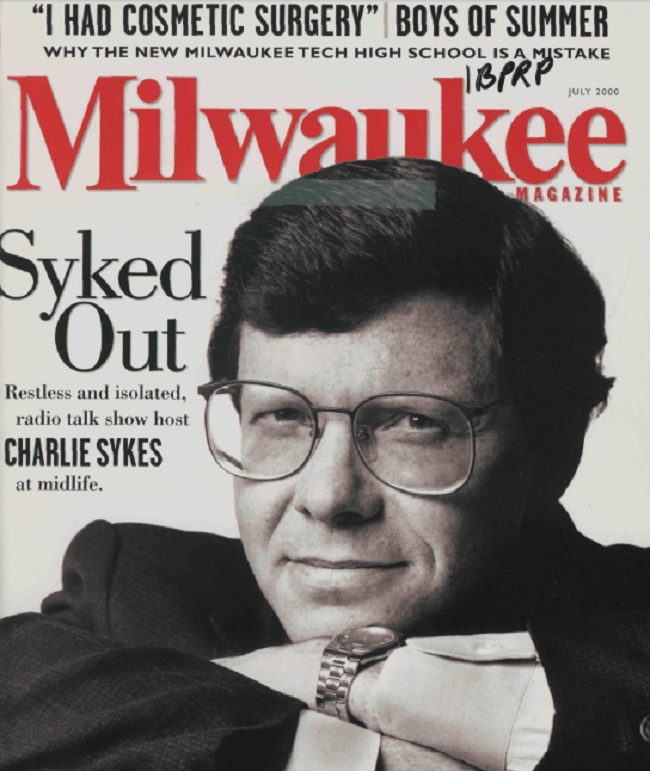 Sykes was an investigative reporter at WISN-TV in 1983. From 1993 to 2016, he hosted the local Sunday morning talk show Sunday Insight for WTMJ-TV.  In 1994, Sykes contributed an essay to the ITVS series “Declarations: Essays on American Ideals.”

He has not been in any nominations and didn’t get any awards.

In 2002, Sykes and fellow WTMJ host Jeff Wagner attained prominence in leading a campaign to recall Milwaukee Country Executive Tom Ament. Similarly, he was embroiled in scandal for changing the country’s pension policy to give himself and close large payouts.

Reflecting on Charlie Sykes’s personal life, he is a married man. He has married twice in his life. He is currently in a marital relationship with Janet Riordan. They exchanged their vows and tied a knot in 2000. The duo also has a child. But his name is not revealed yet.

He currently resides in Mequon, Wisconsin along with his wife and three dogs. He has three kids and two grandchildren.

Previously, in 1980, he married Diane S. Sykes. She was a United States Circuit Judge of the United States Court of Appeals for the Seventh Circuit. He had two kids from his first marriage. However, the couple divorced in 1999.

Charlie Sykes is socially available on Twitter only. He has gained over 231k followers on his Twitter handles.

This American political commentator has not revealed his net worth. However, his information regarding his house, car, income, and salary is also still under review.