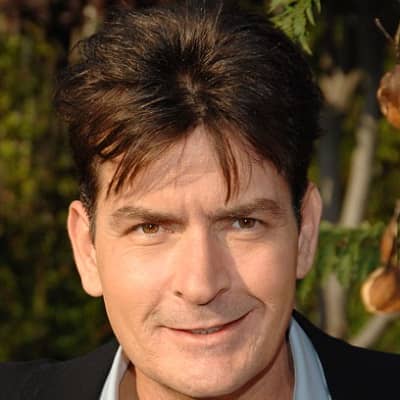 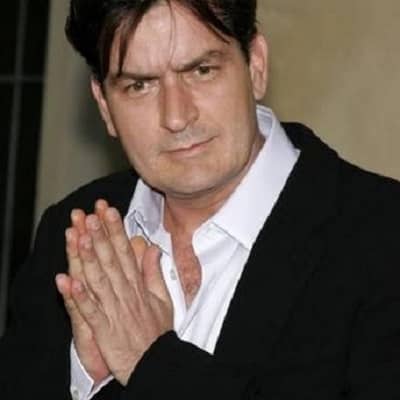 Charlie Sheen is a very popular American actor, and producer. Charlie played in the movie including Platoon, Wall Street, Young Guns, The Rookie, The Three Musketeers, The Arrival, and many more.

Charlie Sheen was born on 3rd September 1965 as Carlos Irwin Estevez. This makes him 56 years old as of 2022. His birthplace is New York, United States. Likewise, Charlie belongs to the American nationality and he is of Spanish, Irish, English, and Scottish ethnicity.

His father’s name is Martin Sheen and his mother’s name is Janet Templeton. While his father is an actor and his mother is an artist. Similarly, he has two brothers named Ramon and Emilio, and one younger sister, Renee. As Charlie had an interest in acting, he was given a small part in his dad’s movie The Execution of Private Slovik.

Talking about his educational status, Charlie studied at Santa Monica High School in Santa Monica, California. In his high school, he produced and appeared in many amateur Super-8 films.

Charlie Sheen made his acting debut as a professional in the film Red Dawn in 1984. and he played the role of a high school student. In the same year, he appeared as ken Cruze in Silence of the Heart. In 1986, his big break came when he appeared in Oliver Stone’s Oscar-winning epic Platoon. With the success of Platoon, he gets a chance to be cast in his next movie Wall Street in 1987, with his father and veteran actor Martin Sheen.

After that, Stone asked Charlie to play in his next movie, Born on the Fourth of July in 1989, but later cast Tom Cruise instead. Since then, he didn’t take the main role in Stone’s films, but her did have a cameo role in Money Never Sleeps. Caption: Charlie Sheen in one of his movie scenes (Source: Instagram)

In 1992, Sheen starred in Beyond the Law with Linda Fiorentino and Michael Madsen. Similarly, he was given a star on the Hollywood Walk of Fame in 1994. And, Charlie wrote his first film, Discovery Mars, a direct-to-video documentary revolving around the question, ‘Is There Life on Mars?’. After that, he wrote, produced, and played in the action movie No Code Of Conduct.

Similarly, he started in many comedy roles such as Major League films, the spoof Hot Shot! films, and Money Talks. In 1999, Sheen starred in a pilot for A&E Network named Sugar Hill. In the same year, he played in the third, fourth, and fifth entries in the horror series Scary Movie.

Also, he has done voices for animation, played Charlie in All Dogs Go To Heaven 2, as well Dez Dogtective in the Lionsgate animated comedy series Fooffight. In the year 2012, he appeared alongside Jason Schwartzman and Bill Murray in the comedy movie A Glimpse Inside the Mind of Charles Swan III. From 2012 to 2014, this personality played in Anger Management as Charlie Goodson. In 2017, he starred in the movie Mad families and Nine Eleven.

As of 2022, his net worth estimates at around $10 million US dollars, which he earned from his profession as an actor and producer.

On 3rd September 1995, Charlie Sheen married Donna Peele, who is a model. Sadly, the duo separated on 19th November 1996. After that, he married Denise Richards on June 15, 2002. Denise is an American actress and a former fashion model at the estate of Spin City. The couple is blessed with two children, Lola Rose Sheen, and Sam Sheen. Likewise, Charlie and Denise separated in 2006. After that, he married Brooke Mueller, an American actress on 30 May 2008. The duo is blessed with two sons Max Sheen, and Bob Sheen. Unfortunately, Sheen and Brooke divorced on 2nd May 2011.

An American actor stands at a height of 5 feet 10 inches or 1.78 meters and weighs around 80 kg or 176 lbs. Moreover, Charlie has black hair and dark brown eyes.