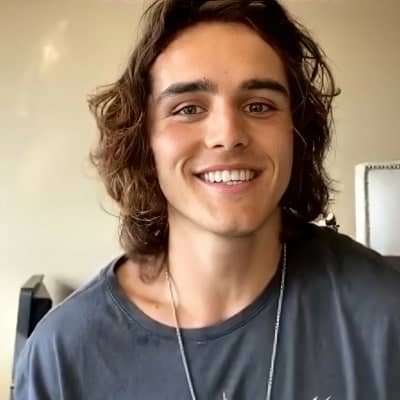 Charlie Gillespie was born on August 26, 1998, and he is currently 23 years old. He hails from Dieppe, New Brunswick, Canada, and his zodiac sign is Virgo.

Talking about his family, he has a total of four siblings. He has three older brothers namely Ryan, Patrick, and Michael.

Similarly, he also has a younger sister named Meghan. Likewise, his mother’s name is Jeanette. His mother encouraged all five Gillespie siblings to play instruments from a very young age.

As young kids, the Gillespie siblings used to play instruments and sing together, and hence their mother called them “The Gillespie Five”.

Moreover, he speaks both English and French. French is actually the official language of his native province. 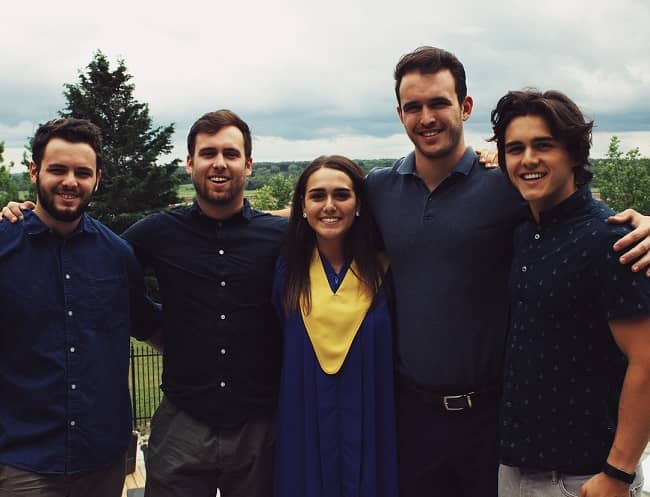 Caption: Charlie Gillespie was captured with his siblings. Source: Instagram

There is no verified information about whether Charlie Gillespie is single at present or is in a romantic relationship with someone.

Or it might also be the case that the young actor is actually single at present and is more focused on strengthening his acting and singing career.

Nevertheless, the young Canadian actor has not shared much information regarding this issue. He also has yet to share any social media posts that might indicate his current relationships or affairs.

Nevertheless, the young actor is sure to attract many lovers in the future through his talent, humor, charms, and handsomeness.

Charlie Gillespie stands tall at an approximate height of 5 feet 8 inches or 1.73 meters and his weight is around 70 kg.

Other than this, there is no further information regarding his other body measurement details like chest-waist-hip measures, biceps, shoe size, dress size, etc.

Further, he has beautiful hazel eyes and brown hair color.

Professionally, Charlie Gillespie is a young actor and singer. He is most famous for his portrayal of the character Luke Patterson in the Netflix series Julie and the Phantoms in the year 2020.

In Julie and the Phantoms, his character, Luke, is the lead singer of the band “Sunset Curve”.

Prior to playing in this Netflix series, he had played acoustic guitar since he was little. Since appearing in this series, the young actor-singer started playing electric guitar.

Moreover, the young Canadian actor had his feature film debut in the year 2014. It was through the Canadian film The Outlaw League.

Likewise, the young actor also stars as the character Brian in Charmed. He appeared in two episodes of this CW series in the year 2018.

The same year, he also had a recurring role in the series 2nd Generation. His role in this series was the character, Brody Johnson.

Likewise, in Julie and the Phantoms, he worked alongside popular actors Jeremy Shada, Owen Joyner, and Madison Reyes.

Madison and he also worked together in writing one track for the show called Perfect Harmony. The actors of the show also worked alongside the series’ vocal producer Alana Da Fonesca for this track.

Besides being a well-known budding actor, he also volunteers with Mare Nostrum. It is a charity that protects sea life. Additionally, the young actor also plays a PRS Custom 24 electric guitar. 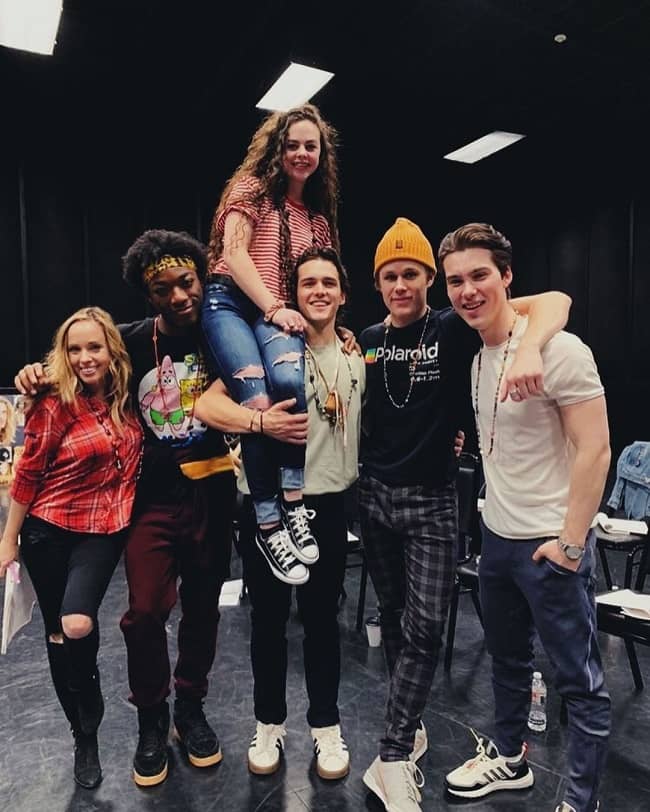 Caption: Charlie Gillespie posing for a photo with his fellow actors of ‘Julie and the Phantoms’. Source: Instagram

Talking about his social media presence, Charlie Gillespie is available on Instagram under the username @charles_gillespie.

While writing this biography, the young actor shared 394 posts and garnered over 1.7 million followers on his personal account.

Similarly, he is also available on TikTok under the username @charles_gillespie. This account boasts 1 million followers and 6.6 million likes. 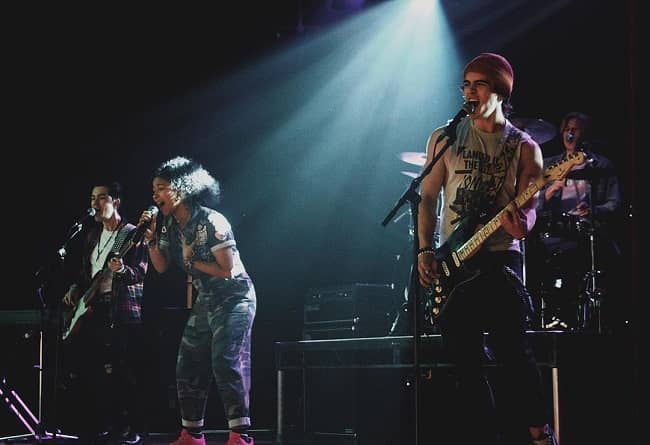 Caption: Charlie Gillespie captured while performing with the band in ‘Julie and the Phantoms’. Source: Instagram