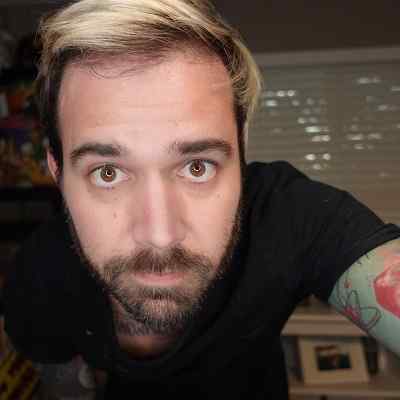 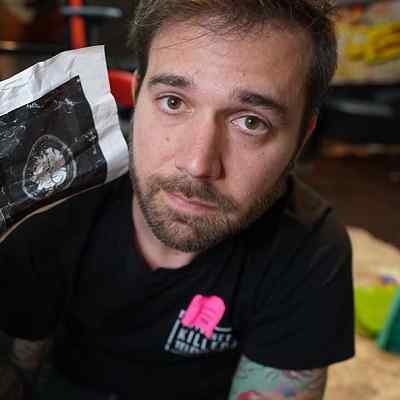 Charles Trippy was born on September 2, 1984, in Sarasota, Florida, USA. He is 37 years old and is under the birth sign, Virgo. He holds American nationality.

His mother’s name is Marlene and his father’s name is Charles Trippy II. He also has a sibling who is a sister and her name is Melissa. Likewise, he doesn’t talk much about his parents on social media platforms. But he has featured his parents in his Youtube videos. It also seems as if she is a family guy and loves spending time with his parents and family.

Regarding her educational background and qualification, he attended the University of South Florida before uploading his first video in the year 2006. However, the name of the school and high school is not available at the moment. 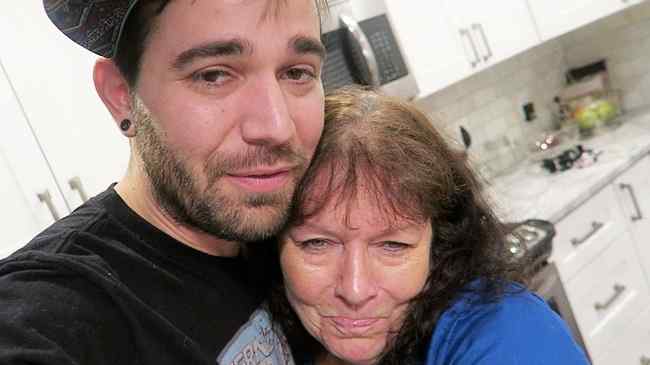 Caption: Charles Trippy along with his mother (Source: Youtube)

Following Charles’s father’s footsteps as a musician, he has also joined a band, “We the Kings” as a bassist and is quite the flame on YouTube. And, Trippy and his vlog team sure know how to keep the audience engaged. Likewise, his immense talents are going through the roof. Trippy didn’t always intend to become a social media star. All he ever wanted was to stick by his overnight decision of vlogging for one year straight, without missing a day.

Then, launching a web series called “Internet Killed Television (Aka CTFxC)”, with his then-wife Allie Rose Speed and their dogs, she began uploading around 15-20 minutes of daily vlogs that centered on his little family. He shot on a Canon PowerShot ELPH 340 HS and his vlogs soon caught the eye of a loyal audience who enjoyed the snippets of his life through his lens. Then, soon enough he crossed his one-year mark of daily vlogs, however, he didn’t stop the daily vlogs.

Eventually crossing four years of steady vlogging, she entered the Guinness World Records for most daily video blogs shared on YouTube. And, also in its 8th year, “Internet Killed Television” gained ground as one of the best and most unique YouTube channels that got the recognization by the “Ripley’s Believe it or Not” publications as well.

Moreover, the highly talked about series that debuted in the year 2009 featured his ex-wife till the year 2014 and had major events of his life such as marriage, cancer battles, and divorce which were documented for the audience. And, the video blogs now include his current fiancee, Allie Wes, and her dog Diesel, sparing no details that make their rather eventful life worth the watch. Now a channel that offers more than just their daily updates, the channel even hosts some of the wildest challenges with Allie and even her dad.

Likewise, CTFxC, no doubt, has some of the finest content that will turn anyone into a subscriber. She is also the owner of a secondary Youtube channel, where he mostly uploads “Me vs You” videos that revolve around challenges and games. This trooper of a YouTuber sure knows how to up his social media game. His channel has been covered by major news publications around the world including BBC, ABC News, Forbes, etc.

She also owns a third Youtube channel under the name “Trippy”. He shares quick little videos that are shot by his iPhone on this channel. However, this channel is not much popular as his main one but is slowly gaining viewers and subscribers as well. 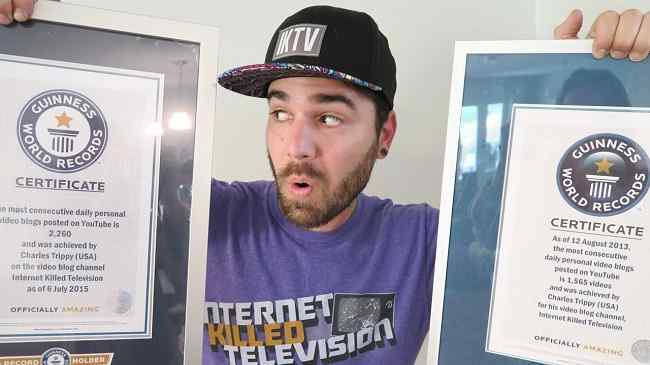 CTrippy began his music career in the year 2001 as a bassist for the Bradenton-based post-hardcore band, Funny Looking Kid. He took part in the 2002 and 2003 “Warped Tour” with the band. But “Funny Looking Kid” broke up in the year 2005. He was a member of the band alongside lead singer Travis Clark, lead guitarist Hunter Thomsen, keyboard player Coley O’Toole, and drummer Danny Duncan.

Then, in the year 2011, she joined “We the Kings” as the bass player replacing Drew Thomsen who left the group earlier that year. He even recorded his first studio album with the band, “Somewhere Somehow”, in the year 2013. And, the album debuted at no. 44 on the Billboard 200 and at no. 6 on the Top Rock Albums charts. Then again in 2014 and 2015, Trippy recorded “Stripped and Strange Love” respectively, with “We the Kings”.

Moreover, “Self Titled Nostalgia and Six” were released in 2017 and 2018 respectively. He also has performed across the United States on the Vans Warped Tour as the bass player for We the Kings. And, as a member of the band, he also has received a Platinum record from the Australian Recording Industry Association. Then, in the year 2016, he received Platinum certification from RIAA for “Check Yes Juliet”. In 2017 and 2018, she received Gold certifications for Strange Love and “Sad Song” from RIAA.

Charles Trippy was previously married to Allison Rose Speed. The two were always spotted together in his vlogs. But, after their unfortunate divorce, he met his current fiancee Allie Marie. They even shared their engagement story on their channel. And, she vlogs now frequently feature Allie. They give the viewers a gist of everything that’s going on in their daily life. Moreover, on July 11, 2019, Allie gave birth to a healthy baby girl whose name is Remi Sol. Moreover, talking about his past relationships, he also dated Ally Rhodes between 2007-2008. However, very little is known about their relationship as the pair dated before the creation of the Vlogs. 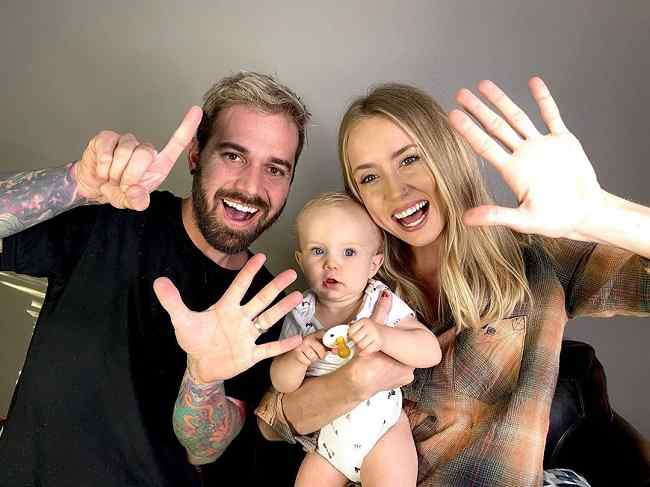 Caption: Charles Trippy with his wife and daughter (Source: Instagram)

Furthermore, in March 2012 Trippy was diagnosed with a benign Oligodendroglioma brain tumor after having a seizure at the end of February. And, after the successful resection of the tumor, it recurred in September 2013. He was diagnosed with anaplastic oligodendroglioma brain cancer. Then, in October 2013, he began oral chemotherapy to combat the remaining 5% left after his second resection.

Likewise, in early 2020, she underwent third brain surgery that removed 100% of the tumor. He also filmed and uploaded his brain surgeries on his YouTube channel. And, his videos received coverage from Salon. He is unable to drive a car because of his disease. However, he does travel short distances independently on his Golf Cart. Moreover, Trippy has since gone through numerous rounds of Chemotherapy. He also attends numerous doctor appointments to monitor the Tumor. And the Tumor has remained the same and this is deemed to be a good sign.

Charles has a height of 5 feet 11 inches but his weight is not available at the moment. Similarly, his other body measurements such as chest size, waist size, and hip size are also not available. And all of those measurements of his are still under review. Likewise, he has brown hair and light brown eyes. He also has a beard.

Talking about his earnings and income, he has a net worth of $1 million. His main income source is Youtube. And, he is also the creator of the web series “Internet Killed Television”.