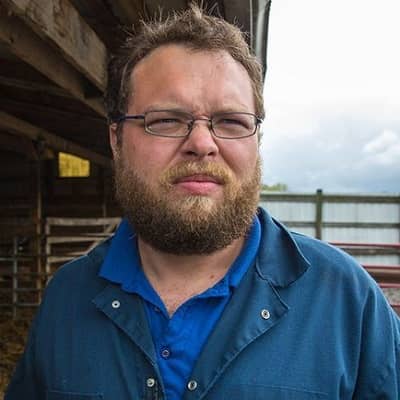 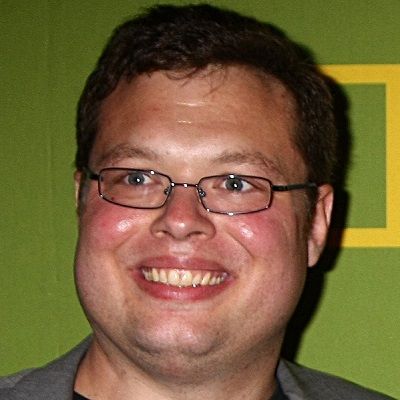 Charles Pol is an American actor and producer famous for his work in the show The Incredible Dr. Pol. Charles Pol is Dr. Pol’s son and his handy sidekick on the veterinary reality show.

Charles was born on March 6, 1979, under the birth sign Pisces. Born in Farm County, Central Michigan USA, his real parents are unknown. However, he along with his two sisters Diane Jr and Kathy were adopted by Jan Pol. Jan is married to Diane Pol but does not have any children of their own. He moved in with the well-known Dutch-American veterinarian when he was 18 years old. All the Pol siblings grew up on the family farm in Michigan. The pols taught them to love animals and take care of them

Talking about his educational qualification, he is a graduate of the University of Miami in Florida. He graduated in the year 2003. However, he has not specified his major. He is 41 years old.

Although Charles grew up serving on the farm and taking care of animals, he had different goals for life. He wanted to make a mark in the Hollywood limelight. So he moved to the heart of talent, Los Angeles right after graduation. Soon he began working as an intern in different famed firms like Paramount Footage and Mirage Enterprises. Moreover, he has even worked for a real Hollywood Legend – the late Sydney Pollack.

In 2004, Pol started his production works. He had been working with Nickelodeon trying to create new reality shows. But the team was not very attracted to his ideas. Later, Pol decided to showcase his father’s farm and his struggles in a reality show. Initially, when he shared his idea with his father Dr. Pol thought no one would be willing to watch an old man who speaks with a funny accent putting his hand up the back end of a cow. Nevertheless, he knew his father’s story and was sure it would intrigue a lot of viewers out there. With a bit of convincing, Dr. Pol agreed on doing the show.

“The Incredible Dr.Pol” first aired in 2011 in Nat Geo Wild. The show initially received a mixed reception from the viewers. However, a lot of audiences enjoyed watching Dr. Pol a hardworking and dedicated country farmer with integrity and a great sense of humor. The show which premiered in 2011, has made it to season 16 by October 2019. In 2014, he also co-produced “Calling Dr. Pol”, which was a spin-off of the original show. In the beginning, producer creator Charlie had not planned to appear on the show, but eventually, he did.

Producer and actor Charles makes a decent amount from his work. He gets paid $20,000 for his current work. Similarly, he has accumulated a  net worth of $1 million by 2020.

When it comes to love and relation, Pol is one lucky man. He has had the support of his current wife Beth Oakes since childhood. The two were childhood friends who made it past teenage and adulthood to eventually get married to one another. It was around 2017 when the childhood friends decided to take a step forward.

They started dating and even appeared together in season 12 of “The Incredible Dr. Pol” confirming their love relationship. At the beginning of 2018, Charles purposed to Beth with a shiny white ring. Beth happily accepted the proposal and even shared her happiness with the world via a tweet. The couple welcomed their first child on October 19, 2019. The proud parents named the baby girl Abigail Pol. 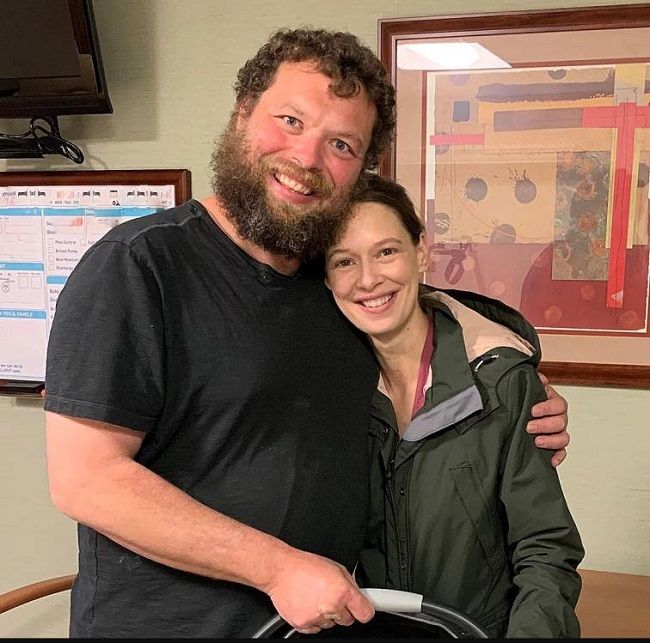 41-year-old Michigan native has a height of 5 feet 8 inches. He has a slightly chubby body figure with a weight of 81 kgs. Pol is a white man with light brown hair color. Similarly, he has light brown eyes. Apart from this, there is no data available about his body stats at the moment. 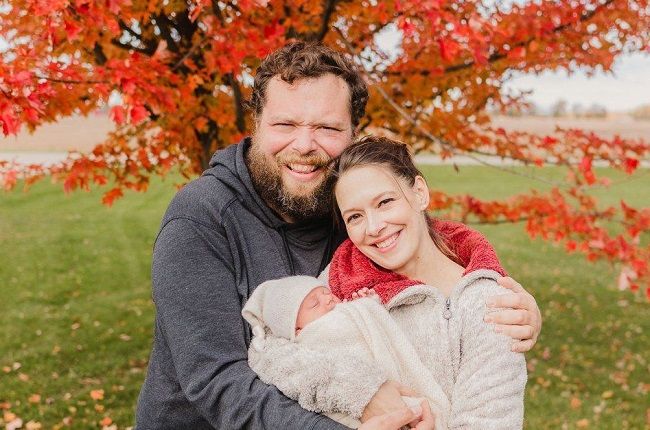 Charles mostly has a busy schedule with his production and filming tasks. Thus, he does not have much time to keep up with the internet and post on social media. However, he tries to connect to his fans as much as possible via his father’s Twitter account. The account has over 70k followers. Similarly, more photos of him can be seen in the official Instagram account of Dr. Pol. The verified account @thedrpol has 324k followers.