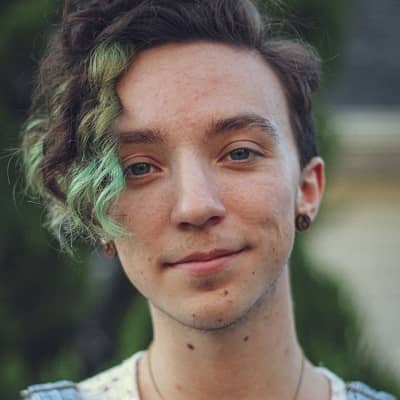 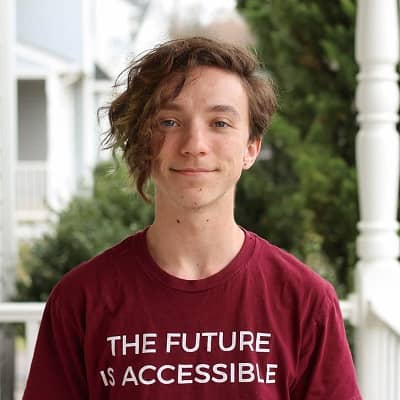 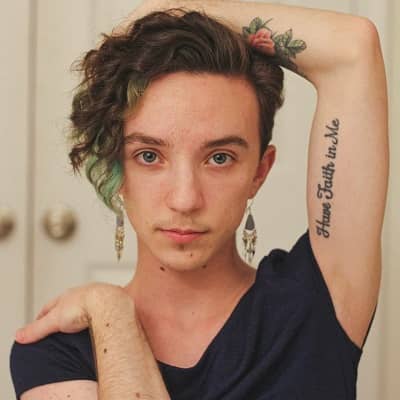 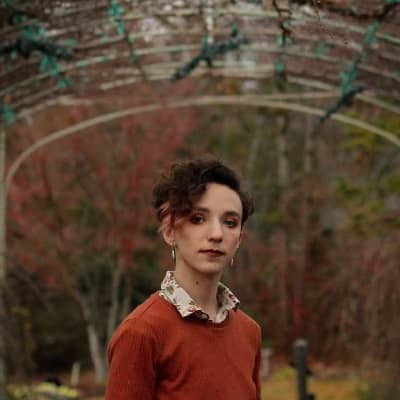 Chandler Wilson is an American author, nonbinary and disabled educator, activist, and YouTuber who shares their personal stories as a gender-neutral person on a channel titled ‘ChandlerNWilson’. Chandler Wilson’s content ranges from educational videos to videos on LGBTQ identities, vlogs, and more.

Chandler Wilson was born on August 7, 1998, and they are currently 22 years old. They hail from Charlotte, North Carolina, and their zodiac sign is Leo. He has not shared much about their parents, siblings, and other family details. But has featured their mother in several Youtube videos and Instagram posts. They even made a Q&A video with their mother a year after coming out.

Talking about their skills in language, he introduces themself as a bilingual in English and Spanish. They have also trained/taken lessons in other languages including French, Arabic, Bangla, Braille, Portuguese, Italian, Japanese, and Esperanto.

Likewise, he attended UNCW for a semester to study film. Later on, they attended VCU for a BA in Spanish with a minor in Latin American Studies and a BS in Anthropology with an LGBT & Queer Studies minor. They are still studying at VCU as of 2020. Prior to all this, he graduated high school in the year 2016.

Moreover, he has traveled to different countries such as the Bahamas, England, France, Belgium, Germany, and Austria. They love to draw and paint as well as create digital art and design. He loves animals and studied to be a vet when they were younger and their favorite music band is Twenty One Pilots. 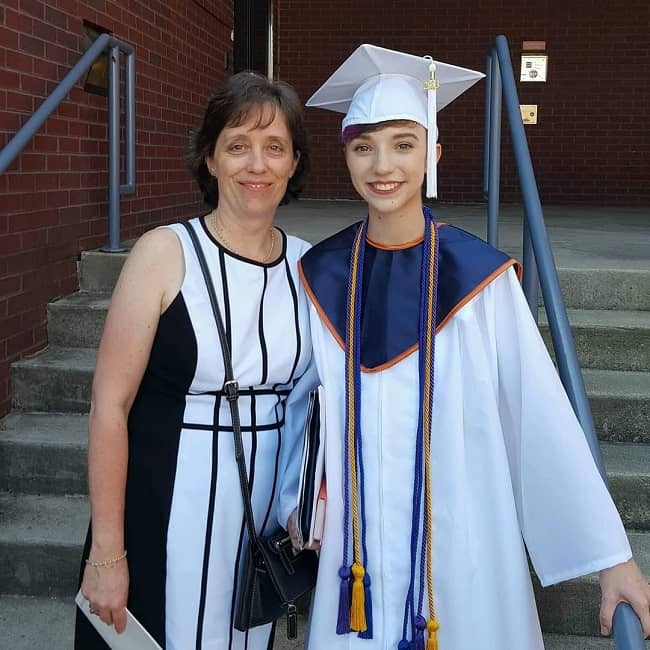 Caption: Chandler Wilson posing for a photo with their mother on high school graduation. Source: Instagram

He was assigned female at birth and hence their name was Elena Nicole. When they were 12 years old, he came out as bisexual. After a year, he came out as a lesbian. When he first came out as transgender to themself at 14, he went back and forth between identifying as a trans man and bigender boy/girl.

He secretly went by the name Mason with a few internet friends and was only out to a few people. In the year 2014, they started going by the name Chandler. After coming out as agender at the age of 16 years, he soon realized they were pansexual, and afterward, on the aromantic and asexual spectrums as well.

Currently, he specifically identifies as agender and gray-romantic graysexual. He also identifies with pansexual, bisexual, aromantic, asexual, nonbinary, transgender, and queer as umbrella terms. They also make videos about their physical transition on testosterone and share them through their Youtube channel “ChandlerNWilson”.

Professionally, Chandler Wilson is a social media personality. They are primarily a Youtube content creator who shares their experiences as a gender-neutral person for their more than 347,000 YouTube subscribers on the channel “ChandlerNWilson”.

He is also a published author and award-winning poet and had a novel published titled Listen To Me. Their dream career as a kid was to be a YouTuber and it seems like they have accomplished their childhood dream.

Likewise, his Youtube channel is an open community for people of all sexual orientations, romantic orientations, and gender identities. He makes all kinds of different videos ranging anywhere from educational videos about different LGBTQ identities to vlogs of what’s going on their life and different things about themselves and things they experienced through vlogs.

He also likes to feature loads of other LGBTQ YouTubers and spread awareness and support throughout the LGBTQ community in order to unify the LGBTQ community and help people feel welcome and valid. They also introduce themselves as a nonbinary and disabled educator, activist, and YouTuber on their social media bios.

He first created their YouTube channel under the name “MissPancake52” on January 17, 2010. The first video they published was a music video with a friend called “When You’re Gone Music Vid.” Further, he and fellow YouTuber Ashley Wylde both discuss issues about gender identity and sexuality on their respective channels. 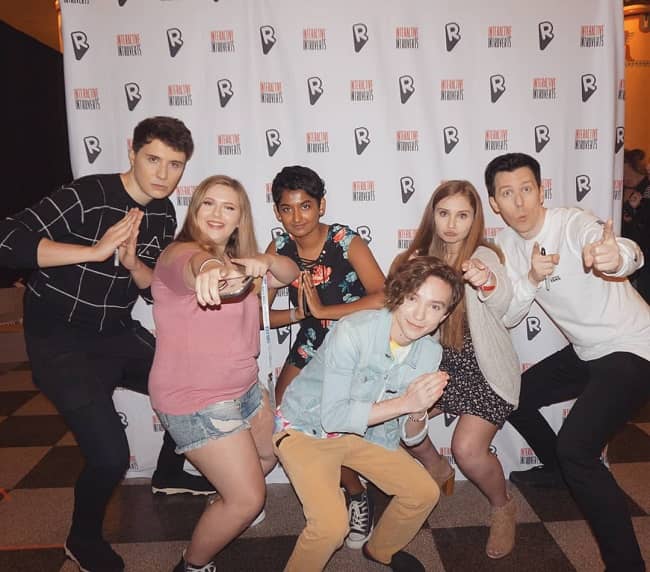 Caption: Chandler Wilson posing for a photo with their friends at an event. Source: Instagram

Since they created their Youtube channel in 2010 at the young age of 11 years, he has been sharing engaging and amusing vlogs on their channel. They also make transgender-specific videos and often feature their ex-fiancé Alexander Chapman in their videos.

To date, he has posted more than 200 videos on their channel “ChandlerNWilson”. Some of the most-watch videos on his channel are Chapstick Challenge, Payton Does My Makeup, and Girlfriend Tag Transgender Edition.

Likewise, the first video demonstrates an amazing challenge between Wilson and their ex-girlfriend. The second video features Wilson and their former sweetheart where the latter does the former’s makeup. The third one is a tag video in which he answers some questions related to their personal life.

Another one of popular videos on his channel is Trans terminology ft, Thomas Sanders. He published it on August 5, 2018. Moving on, he has a net worth estimation of approximately $1 million to $5 million dollars. Their Youtube channel “ChandlerNWilson” alone is worth $10,000 dollars. 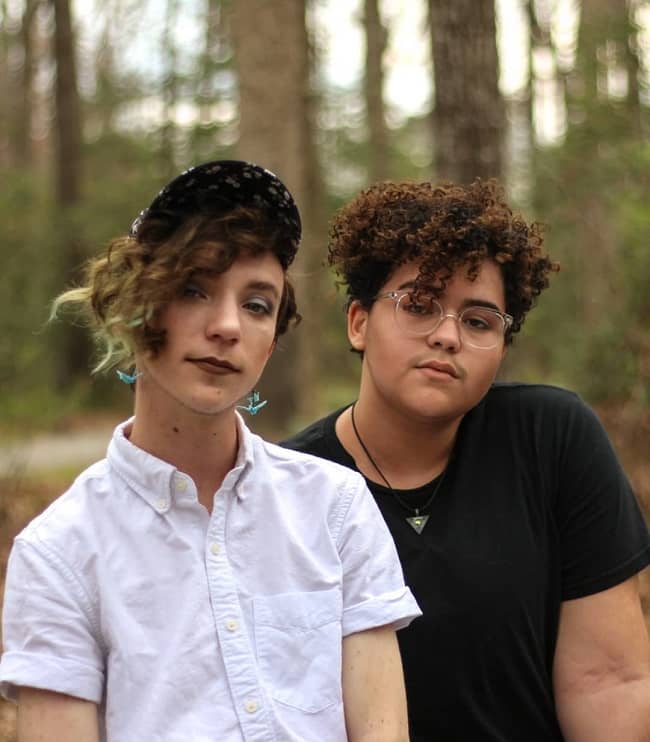 Caption: Chandler Wilson posing for a photo with their best-friend Ali. Source: Instagram

There is no verified information about whether Chandler Wilson is single at present or is in a romantic relationship with someone. It might be that he is maintaining their privacy and keeping their relationship status and love affairs hidden from the public. Or it might also be the case that he is actually single at present and is more focused on strengthening their professional career.

Nevertheless, he has not shared much information regarding this issue. He has also not shared any social media posts that might indicate their current relationships or affairs.

Talking about his past relationships, they were earlier in a relationship with a girl named Payton. Later in October 2016, Wilson proposed to and got engaged to their ex-fiancé, Alexander Chapman. The couple often featured in his videos, doing tags and challenges, and also showcasing their love for each other.

He loves tattoos and has a total of six in several parts of their body. The title of their favorite song called “Have Faith in Me” was their first tattoo. There is no information about their body measurement details including their height, weight, chest-waist-hip measures, biceps, dress size, shoe size, etc.

As a transgender, he started taking testosterone for more than 2 years. They shared the news of starting on testosterone in the video titled We Broke Up. He broke the news that they had been on it for almost seven months at the time of creating that particular video, which he shared on October 7, 2018. 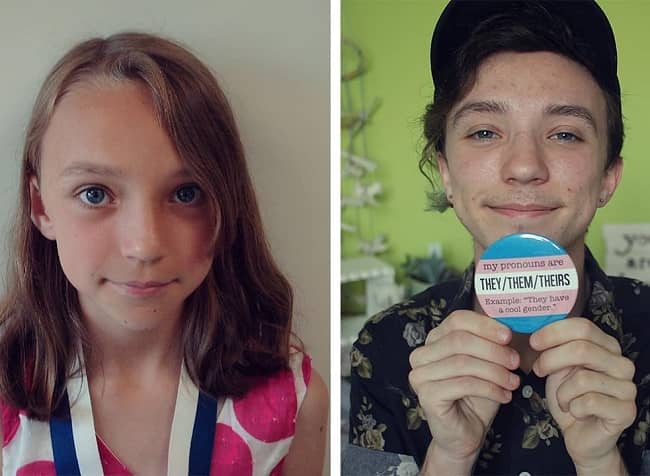 Caption: Chandler Wilson in a before and after photo showing their transition after being on testosterone. Source: Instagram

Talking about their social media presence, Chandler Wilson joined Twitter in October 2010 and so far has over 17.6K followers on their @chandlernwilson account. Likewise, they are available on Instagram as @chandlernwilson and their account boasts 210 posts shares and 66.9k followers as of August 2020.

Similarly, he created their official Facebook page on July 16, 2015. So far, they have over 3.6k people following their journey. They also created their Youtube channel “ChandlerNWilson” on January 17, 2010. They have so far earned over 58.6 million views and 347K subscribers as of August 2020. Moreover, we can also contact them at [email protected] for more inquiries.