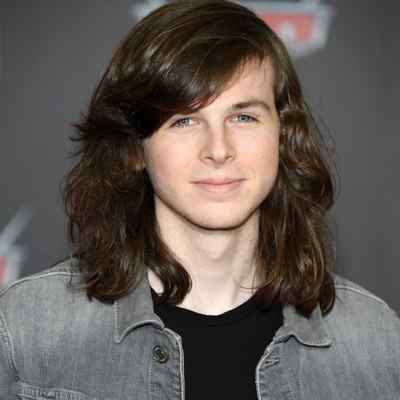 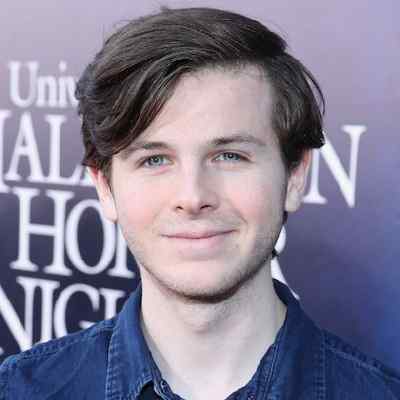 Chandler Riggs is an American actor and DJ. Chandler Riggs gained popularity for his regular role as Carl Grimes on the AMC horror-drama television series The Walking Dead from 2010 to 2018.

Chandler Riggs is 23 years old. He was born on June 27, 1999, in Atlanta, Georgia, under the astrological sign of Cancer. His mother’s name is Gina Ann (née Carlton) and his father’s name is William Riggs. Likewise, he has a younger brother named Grayson.

Moreover, he studied tap dancing for several years with So You Think You Can Dance finalist Zack Everhart. Further, he attended Etowah High School and graduated in 2017. Thus he holds American nationality but has not mentioned his ethnicity. 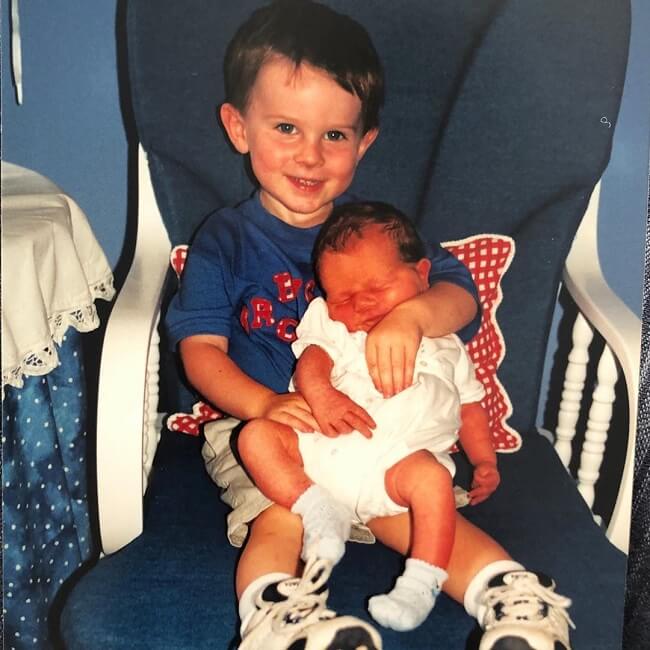 Caption: Chandler Riggs in his childhood picture and younger brother on his lap (Source: Instagram)

Chandler Riggs started his acting career at the age of four. Likewise, he first worked with productions of The Wizard of Oz, where he acted a role of Munchkin in his theater debut, and Oklahoma with Theater of the Stars at Atlanta’s Fox Theatre. At the age of five, he appeared in the indie horror film Jesus H. Zombie. Similarly, in 2009, at age nine, he appeared in the first two feature film roles in getting Low as Tom and in the television film The Wronged Man as seven-year-old Ryan Gregory. He acted opposite Julia Ormond as her son in the latter film, which aired on Lifetime in 2010.

At age 10, he was cast as Carl Grimes in the biggest role to date, on the AMC horror-drama television series The Walking Dead. The following Tv series is based on the eponymous comic book series. Similarly, he had previously worked with the series’ executive producer Gale Anne Hurd on The Wronged Man. He co-starred along with the cast Andrew Lincoln as Rick Grimes, the father of Riggs’ character Carl, and so on. He along with his group of family, friends, and strangers struggle to survive in a drastic apocalyptic world populated with zombies and the few surviving humans. The series became the #1 show on all of television among adults 18-49 with lots of success.

In 2017, he has lent his voice to a special episode of Robot Chicken titled “The Robot Chicken Walking Dead Special: Look Who’s Walking” along with many of his co-stars. He voiced reprising his role as Carl.

In late 2017, his character on The Walking Dead ended with a drastic departure from the comic book source material. His character got controversially killed off midway through the series’ eighth season? Further, his 77th and final episodes of the series aired on February 10, 2018. 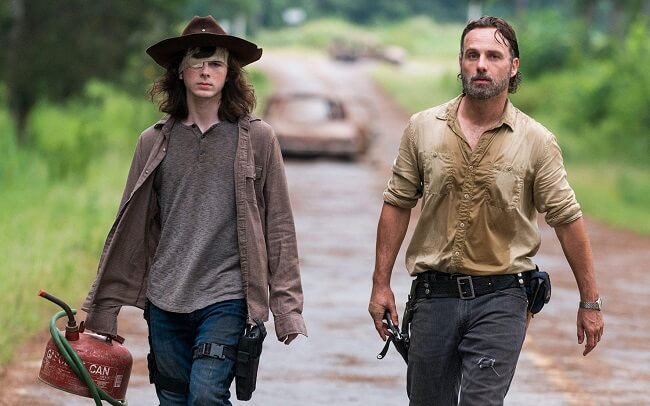 Caption: Chandler Riggs on the character of Carl in The Walking Dead (Source: The Telegraph)

Furthermore, Riggs also0 appeared in the Blumhouse Productions supernatural thriller film Mercy in 2014 and the Voltage Pictures horror film Keep Watching in 2017. In 2017, he began DJing many events around the United States and published his first song “Hold Up” under his stage name “Eclipse” in December of that year. In the same month, he appeared in the crime thriller film Inherit the Viper. He even played the role of Cooper in the film, which premiered in 2019.

Moreover, he also acted in the science fiction thriller film Only in 2019. In January 2019, Riggs acted as PJ for a multi-episode arc on the ABC freshman drama series A Million Little Things. The show is still running in 2020. He appeared as Patrick Nelson in the series and again returned for the series’ second season.

Moreover, he along with the other main cast members of The Walking Dead won the 2012 Satellite Award for Best Cast in a Television Series. He got a nomination for the Saturn Award for his performance in the series Carl, for Best Performance by a Younger Actor in a Television Series five consecutive times. Eventually, he won the award three times in 2014, 2016, and 2018.

In 2014, he even won a Young Artist Award for Best Performance in a TV Series – Leading Young Actor after earlier being nominated for the award in 2012 and 2013.

Speaking of Chandler Riggs’s earnings, he is an American actor who has earned a decent sum of money throughout his acting career. He earned as the main source of income through the entertainment industry. Therefore, his estimated net worth is around 8 million dollars. From a very young age, he started acting and bagged a huge amount of money. With the fortune earned, he is living a flourishing and prosperous life.

Reflecting on Chandler Riggs’s personal life, he is straight and probably single. He is enjoying his single life and focusing on his career right now. Talking about his previous linkups, in 2015, he started dating Brianna Maphis. She is a social media personality, particularly popular on Instagram, who gained fame being her girlfriend of The Walking Dead star Chandler Riggs. Unfortunately, the duo later broke up in 2017. 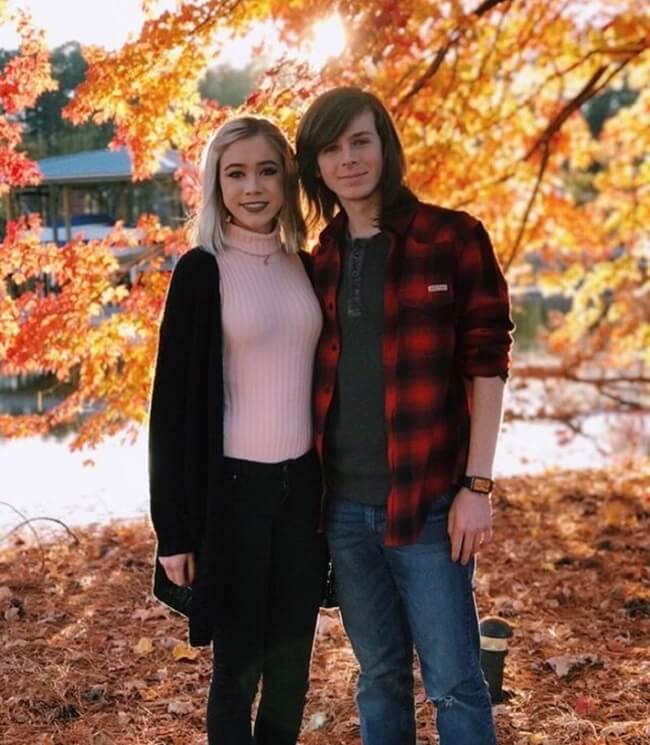 Caption: Chandler Riggs on the photo posing with his ex (Source: Pinterest)

Similarly, in 2018, he started dating model Haleigh Hekking. She is famous for showcasing her lifestyle and modeling photos on her Instagram account. Furthermore, he has not let himself stuck into controversial acts and rumors in his personal as well as reel life.

Chandler Riggs has a good personality. Riggs looks handsome and has a dashing personality. Likewise, he stands a good tall height of 5 feet 6 inches (1.71 m) tall and weighs around 56 kg (125 lb). He has dark brown hair color and attractive pair of green eyes.