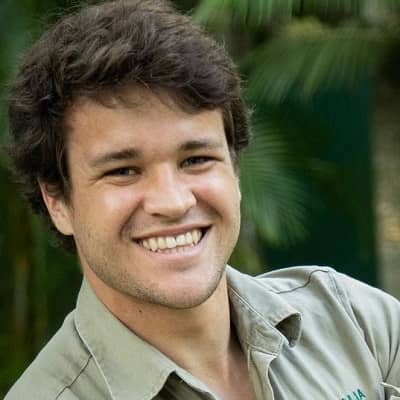 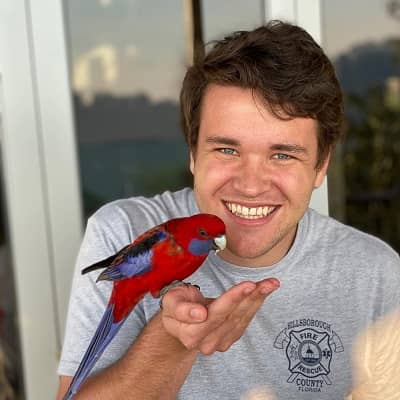 Chandler Powell is a former professional wakeboarder who has won the Triple Crown title in 2014 and scored among the top 3 in The Wake Park World Series. Currently, Chandler Powell is working at the Australian Zoo along with his wife Bindi Irwin. Bindi is the daughter of late Steve Irwin who was a zookeeper, wildlife expert, television personality, and conservationist.

Chandler Powell was born on 14th November 1996 and is currently 24 years old. Born in mid-November, his zodiac sign is Scorpio. Likewise, he was born in Seffner, Florida, United States of America, and holds American citizenship. Talking about his ethnicity and religion, he belongs to a Caucasian ethnic group and follows Christianity.  About his family members and siblings, Chandler was born to Chris Powell and Shannan Powell.

He has a brother named Cameron Powell. Besides his family description, there is no more information about his childhood available in the media. Furthermore, talking about his educational qualification, Chandler is a graduate. After completing his school, Powell moved to Orlando and attended the University of Central Florida, majoring in Marketing with a minor in International Business.

Chandler started her career as a wakeboarder. He participated in tournaments around the country and by the time he 15 years old, he participated in the World Championships. He was named among the 20 most promising wakeboarders under 20 by the Outside Online website in 2015. Moreover, he was featured on the cover of Wake Journal Issue 189 in July 2015.

Likewise, he won a Triple Crown title in 2014 and also bagged the third position in The Wake Park World Series. Chandler rose to fame after being in a relationship with Bindi Irwin. He left his wakeboarding career behind and moved to Australia. Bindi is the daughter of the late conservationist and TV personality Steve Irwin who is also known as The Crocodile Hunter. Steve died by being pierced in the chest by a stingray barb in September 2006.

Likewise, Chandler first met the Irwin family in 2014 while visiting Australia Zoo. Bindi is an Australian conservationist, zookeeper, actress, and television personality. Her mother Terri is the owner of the Australia Zoo. Currently, the family works at the Australian Zoo carrying the legacy of Steve Irwin. 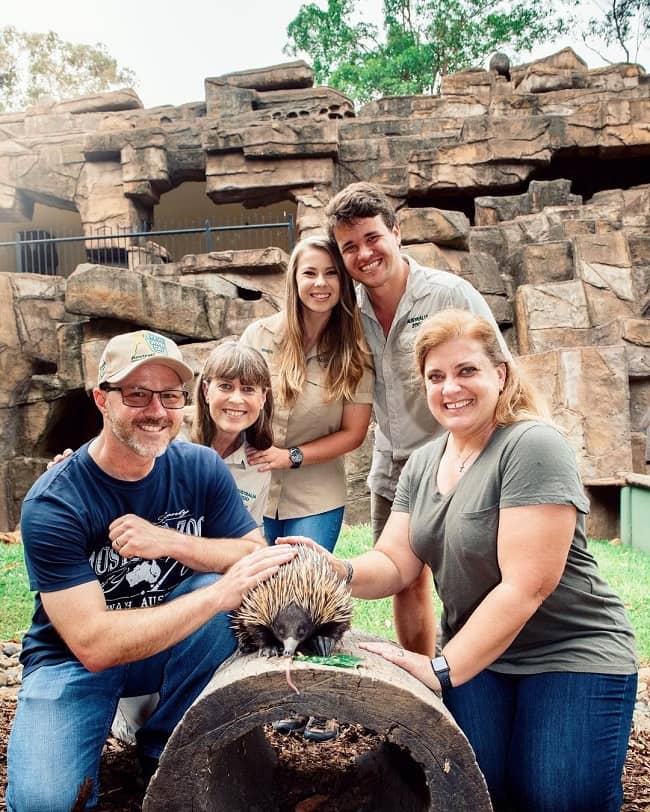 Talking about his net worth and earnings, Chandler is a former professional wakeboarder and is currently working for Australia Zoo. Moreover, he is a social media personality who has been earning quite an impressive amount from his career. Likewise, he has an estimated net worth of around $3 million.

Regarding his relationship status, Chandler is straight and in a marital relationship with the love of his life Bindi Sue Irwin. They first met in 2013 when Powell visited Australia for a wakeboarding competition. While in Australia, Chandler decided to take a tour of the Australian Zoo and coincidently met Bindi.

They started meeting and gradually fell for each other. However, the couple had a long-distance relationship for five years with both of them flying from Australia and Florida to meet whenever possible. Likewise, in 2015, Bindi flew to the US to attend Chandler’s high school prom. 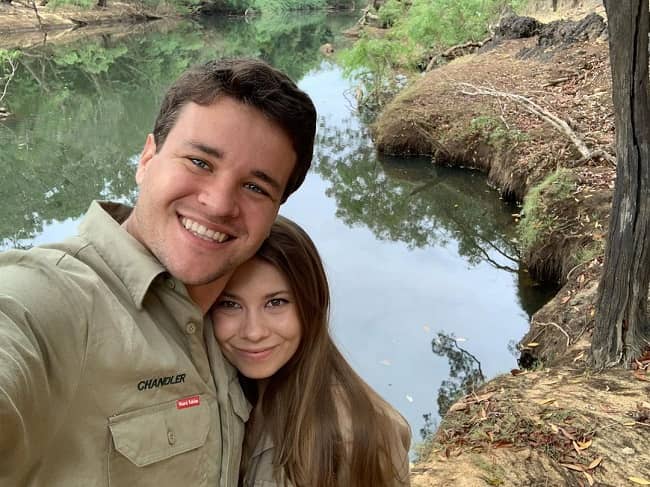 Later, in 2018 Chandler left his job as an athlete and moved to Queensland to work with Bindi and her family at the Australian Zoo. Finally, the couple married on 25th March 2020 in a private ceremony at the Australia Zoo amid the coronavirus pandemic. The only attendees were Bindi’s mother, Terri, her brother Robert and her father’s best friend Wes Mannion. Unfortunately, due to covid Chandler’s parents could not attend their wedding. The couple welcomed their baby daughter Grace Warrior on 25th March 2021. 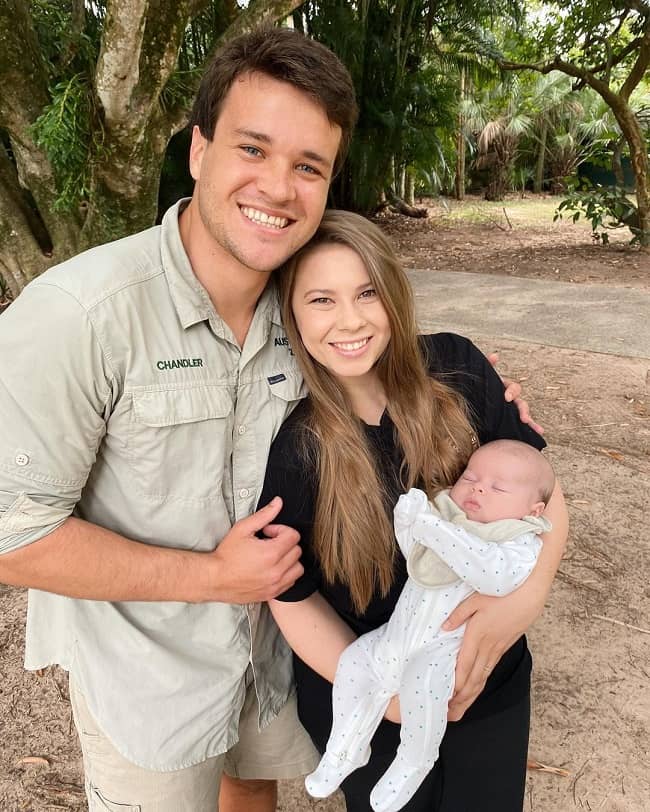 Caption: Chandler with his wife and daughter. Source: Instagram

Chandler stands 5 feet 7 inches (67 inches) tall and weighs 82 kg (181lbs). regarding other body measurements, his vital stats (chest-waist-hips) are 44-34-38, and wears the shoe size of 9(UK).looking at his physical appearance, Powell has a blue pair of eyes and brown hair.