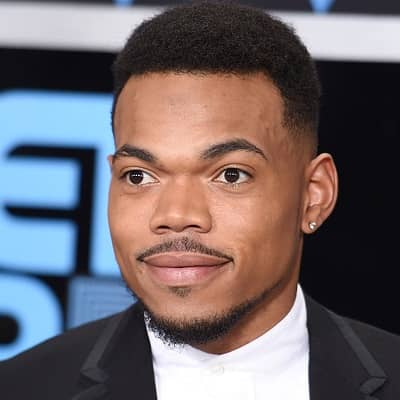 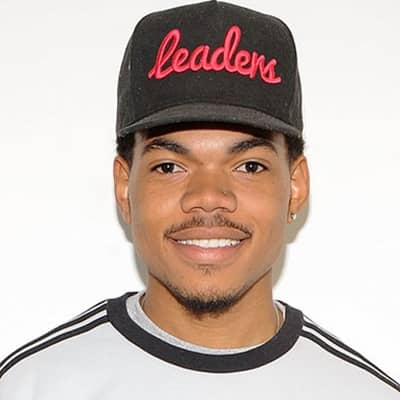 More Facts of Chance the Rapper

The rapper’s actual name is Chancelor Jonathan Bennett. He was born on April 16, 1993. Therefore, in the present, he is 28 years old. Similarly, he was born in West Chatham, Chicago. He is an American by nationality. His father’s name is Ken William Bennett and his mother’s name is Lisa Bennett.

Talking about his father, he was an aide to Chicago’s former mayor and senator. In similar ways, Lisa, his mother, also worked for the Illinois Attorney Generally. Likewise, he has a younger sibling of his own. His brother’s name is Taylor Bennett.

Nothing much is known about the rapper’s school details. Chance the rapper has not shared any information regarding his primary educational background. Nonetheless, it seems like he went to a school in his hometown. Other than that, he attended Jones College Prep High School. Bennett started to involve himself more in music during his freshman year of high school. 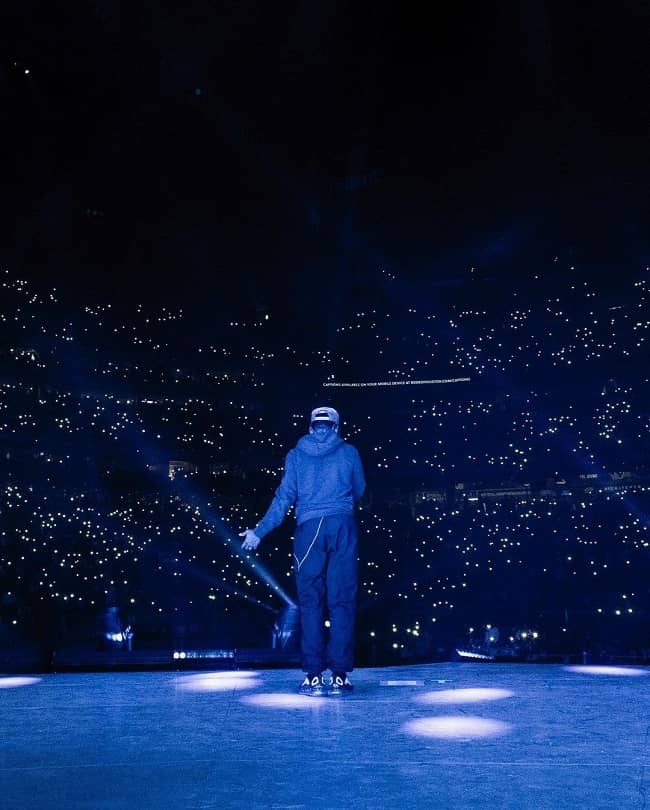 Caption: A photo of Chancelor on stage performing during his tour. Source: Instagram

Initially, he did not receive the support of his family and teachers to pursue music. However, defying all odds he stood up for himself and his dream. He wanted to become a singer and prove to everyone that he can make a career out of it. Jonathan dropped his first mixtape in the year 2012. His mixtape was titled ’10 day’ was a banger. People immediately accepted him and his talent. There was a positive response from the audience towards the mixtape. Likewise, there was no doubt that his love and passion for music were reflected in his music. Every song he released was applauded by his listeners. It did not take him very long to create a fanbase. People waited for him to release more songs. His second mixtape ‘Acid Rap’ was another successful one.

He collaborated with different artists as well. Those collaborations brought him more fame. His music career was very bright from the beginning. Along with singing, he also started modeling in 2014. Similarly, Bennett has also performed in various television shows like The Late Show with Stephen Colbert. He also had the opportunity to sing during the 59th Annual Grammy Awards. Moreover, he has released numerous songs to date. He is very famous for his rap and hip-hop genre of songs.

The American singer has earned money through his music and also by modeling. Jonathan earns through the sales of his music albums and mixtapes. Likewise, he also makes money out of the performances he does on award shows and other various platforms. However, the 28-years-old singer has not revealed anything regarding his assets and monthly salary during any interviews or on social media. 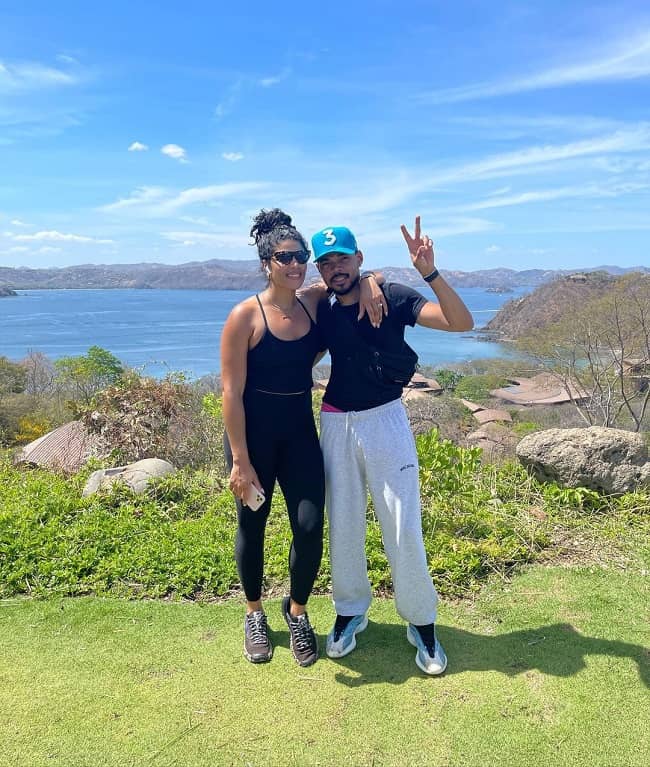 Caption: A photo of the American rapper and his wife. Source: Instagram

He is not single anymore. He married his long-time girlfriend Kristen. According to different sources, Jonathan and his now-wife Kirsten started dating back in 2013. Two years later the couple welcomed their beautiful baby girl Kensli. However, a year later they parted ways for a short time and started living separately.

After some time things eventually worked out between them and they decided to get married. Similarly, after a few months of their marriage, Kirsten gave birth to another baby girl who was later named Marli.

Chance the rapper is 5 feet and 10 inches tall. Likewise, the American rapper and singer has naturally black hair and dark brown eyes. He seems to exercise regularly to stay fit. Nonetheless, further details regarding his body measurements are not obtainable at the moment. 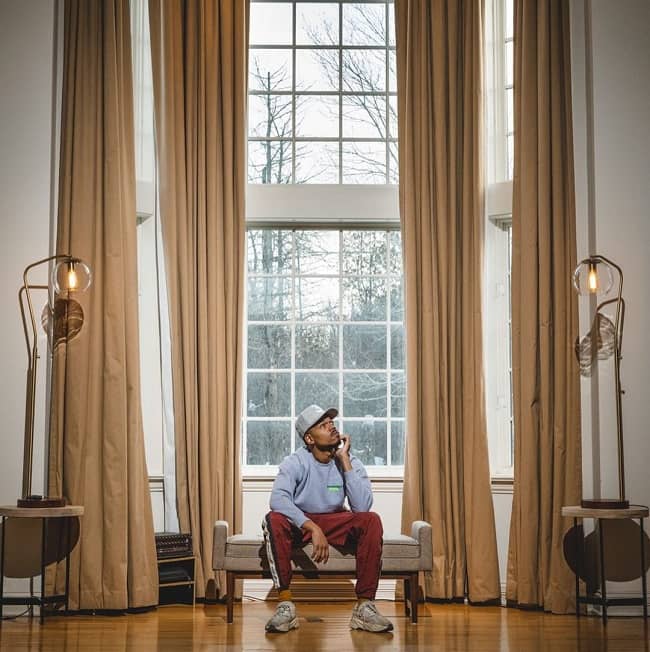 Caption: A photo of Chance the rapper posing in front of a large mirror. Source: Instagram

His Twitter handle is @chancetherapper with 8.1 million followers on it. Similarly, he also has a YouTube channel of his own that is @Chance The Rapper. His YouTube channel has 1.56 million subscribers to date. He uses his channel to share his music with his audience.