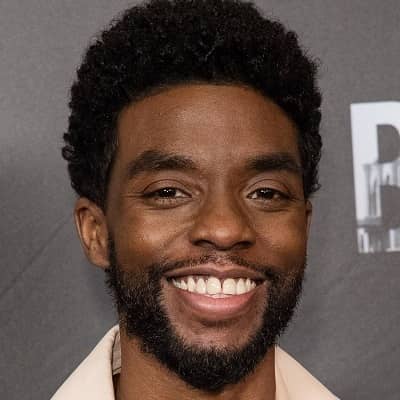 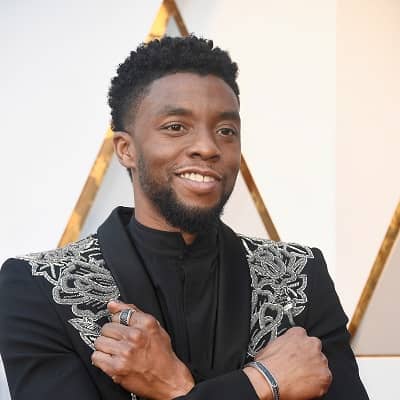 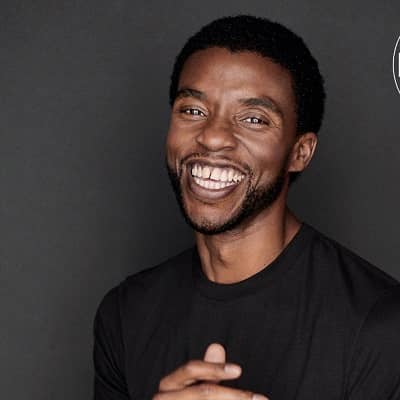 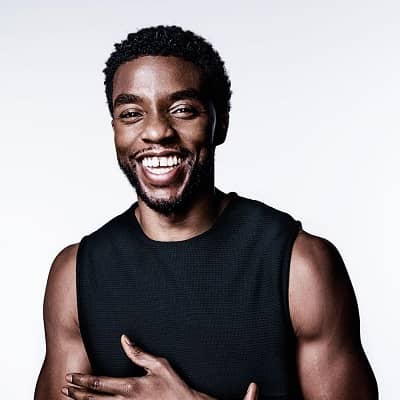 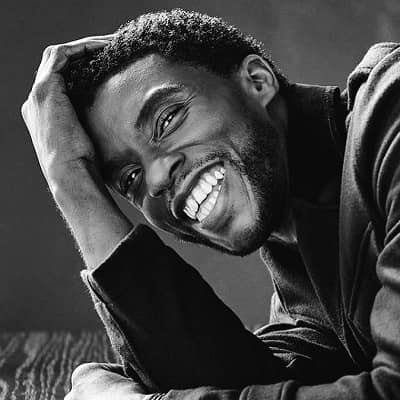 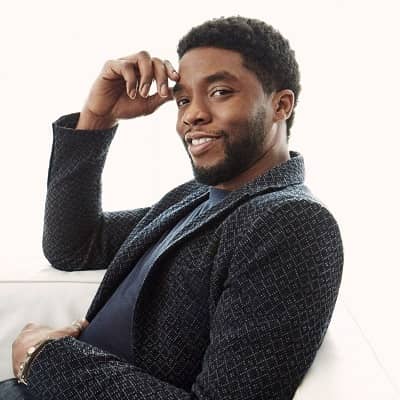 Chadwick Boseman was born on November 29, 1976, and he was only 43 years old at the time of his demise on August 28, 2020. Chadwick hails from Anderson, South Carolina, U.S., and he resided in Los Angeles, California, at the time of his death. Likewise, his full name is Chadwick Aaron Boseman. 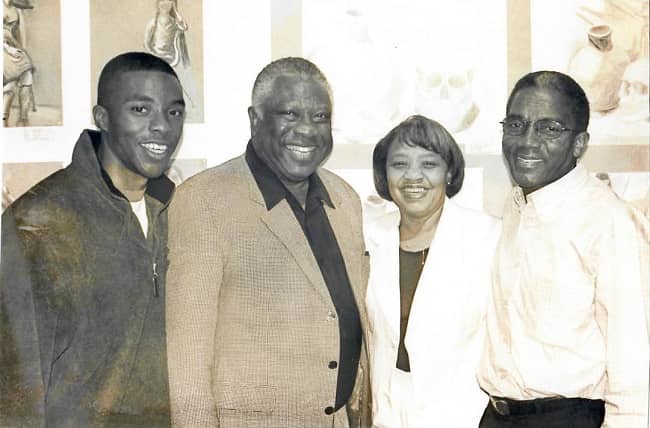 Caption: Chadwick Boseman posing for a photo with his parents and Woodie King Jr. in 2002. Source: Facebook

As a youth as well as an adult, Chadwick practiced martial arts. Likewise, Chadwick wanted to become an architect as a child. Regarding his educational journey, Chadwick graduated from T. L. Hanna High School in the year 1995. During his high school, Boseman played on the basketball team.

Further, Chadwick wrote his first play called Crossroads as well as staged it at the school. This was during his junior year after one of his classmates was shot and killed. In high school, Chadwick also competed in Speech and Debate in the National Speech and Debate Association and placed 8th in Original Oratory at the 1995 National Tournament.

Although Chadwick was recruited to play basketball at college, he chose the arts and went on to attend college at Howard University in Washington, D.C. He graduated from the aforementioned college in the year 2000. Chadwick gained a Bachelor of Fine Arts in directing from the college. Moreover, in 2018, he returned to Howard as Commencement Speaker.

Moreover, Chadwick worked in a black bookstore near the university while at college. This was important and inspirational to Chadwick as shared by his friend Vanessa German. Chadwick also drew on his experience in this bookstore for his play Hieroglyphic Graffiti.

A few of his teachers at Howard are Al Freeman Jr. and Phylicia Rashad. The latter became a mentor to Chadwick. Phylicia also helped raise funds from her friend and prominent actor Denzel Washington to help Chadwick and other classmates attend the Oxford Summer Program of the British American Drama Academy at Balliol College, Oxford, in England. 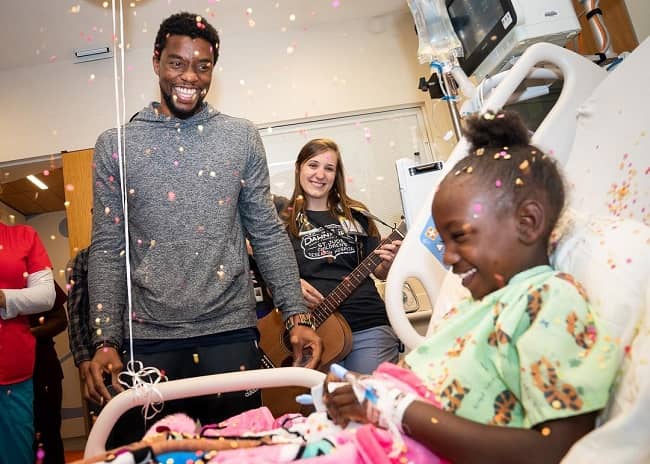 Chadwick Boseman initially studied acting to learn how to relate to actors as he wanted to become a writer and director. He then attended the Oxford Summer Program of the British American Drama Academy in the year 1998. Through this program, Chadwick developed an appreciation for the playwriting of William Shakespeare. He also studied the works of various dramatists like Samuel Beckett and Harold Pinter among others.

Moreover, Chadwick traveled to Africa for the 1st time while at college. This was when Chadwick was working in Ghana with his professor Mike Malone. It was to preserve and celebrate rituals with performances on a proscenium stage. Chadwick said this was one of the most significant learning experiences of his life. After returning from Ghana, Chadwick took additional coursework in film studies. Later on, Chadwick graduated from New York City’s Digital Film Academy. 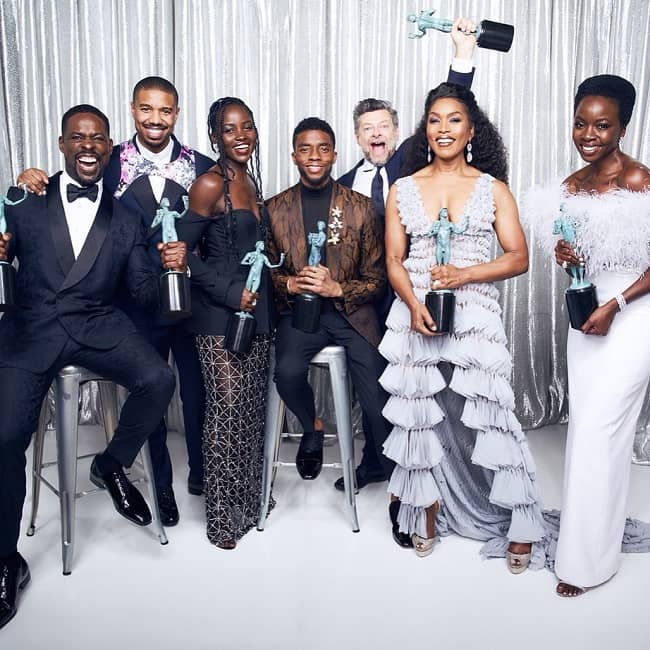 Professionally, Chadwick Boseman was a notable actor and playwright. After his graduation, Chadwick started to work consistently as a writer, director, and actor for the stage. He also won a Drama League Directing Fellowship and an acting AUDELCO. The actor was also nominated for a Jeff Award as a playwright for Deep Azure.

He then transitioned to the screen with his 1st major role as a series regular on Persons Unknown in the year 2010. Chadwick’s breakthrough performance was in the 2013 biographical film 42. In this project, Chadwick played the role of the baseball player – Jackie Robinson.

Moreover, Chadwick portrayed the historical singer – James Brown – in “Get on Up” in the year 2014. Similarly, in 2017, the actor played the role of the lawyer and future Supreme Court Justice – Thurgood Marshall – in Marshall.

The actor gained international fame when he played the role of superhero “Black Panther” in the Marvel Cinematic Universe (MCU) from the years 2016 to 2019. 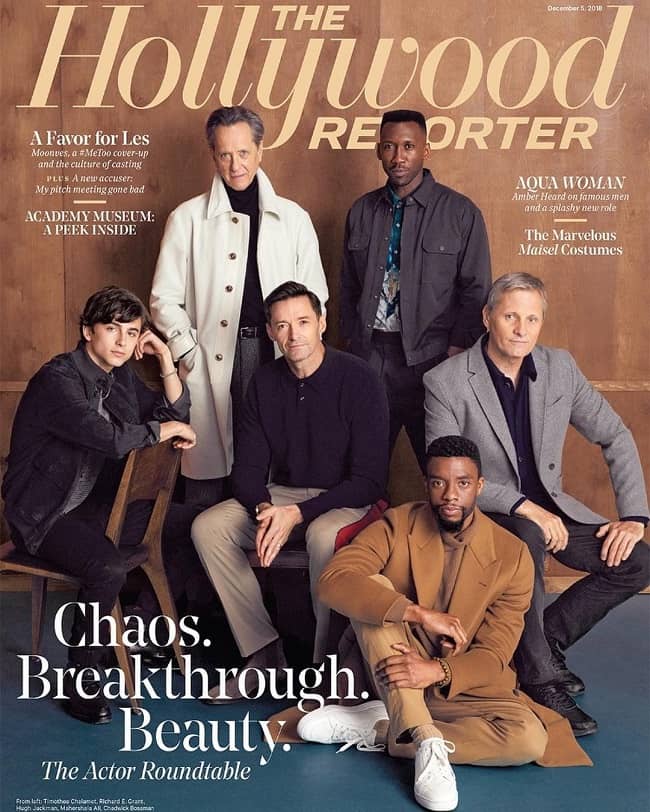 Chadwick appeared in four MCU films which also include an eponymous 2018 film. This earned Chadwick an NAACP Image Award for “Outstanding Actor in a Motion Picture” as well as a Screen Actors Guild Award for “Outstanding Performance by a Cast in a Motion Picture”. Chadwick became the 1st black actor to headline an MCU film. For this achievement, Chadwick was named in the 2018 Time 100.

Further, in 2016, Chadwick was diagnosed with colon cancer. Despite his diagnosis, Chadwick kept his condition private and continued to act while also extensively supporting cancer charities. He continued this until his demise in the year 2020 from the illness.

Chadwick’s final film is Ma Rainey’s Black Bottom. This project was released posthumously in the same year. It also earned the actor an Academy Award nomination for “Best Actor” and a Golden Globe Award for “Best Actor – Motion Picture Drama”.

Posthumously, Chadwick also received four nominations at the 27th Screen Actors Guild Awards for his work in Black Bottom. He received the most nominations for a performer at a single ceremony and also won the title “Male Actor in a Leading Role”.

Chadwick Boseman was reportedly married to Taylor Simone Ledward at the time of his demise. Chadwick and Taylor began dating each other in the year 2015. The couple was engaged by October 2019. Moreover, as shared by Chadwick’s family in a statement while announcing his demise – that Chadwick had secretly married his lover Taylor. 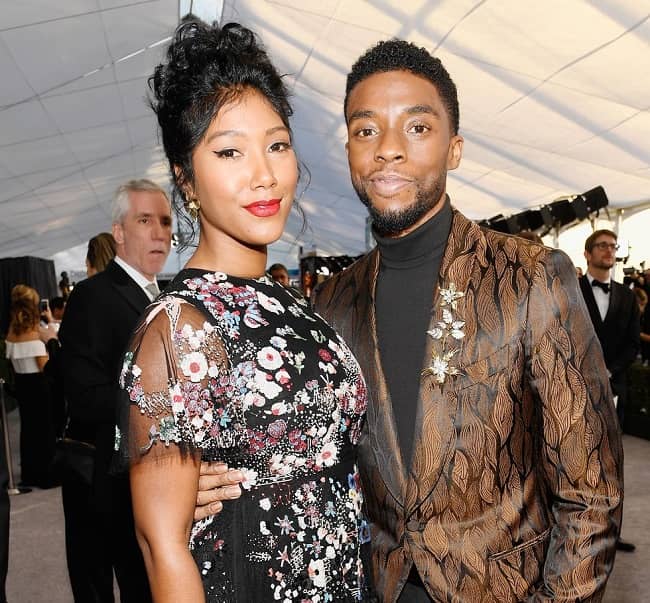 Caption: Chadwick Boseman and his wife Taylor Simone Ledward posing for a photo at an event. Source: Oprah Daily

Chadwick Boseman had his diagnosis of stage III colon cancer in 2016. His condition eventually progressed to stage IV before 2020. The late actor never spoke publicly about his cancer diagnosis. During treatment that involved multiple surgeries and chemotherapy, the actor continued to work and completed production for several films. Some of his projects during this time are Marshall, Da 5 Bloods, and Ma Rainey among others.

Chadwick Boseman passed away at his home as a result of colon cancer-related complications. He died on August 28, 2020, with his wife and family by his side. The late actor died without a will. Therefore, California law with the representation of Ledward governed Chadwick’s estate.

People held a public memorial service on September 4, 2020, in Anderson, South Carolina. There, some of the speakers were the actor’s childhood pastor and Deanna Brown-Thomas – daughter of James Brown.

Chadwick Boseman stood tall at an approximate height of 1.83 meters or 6 feet and his weight was around 76 kgs or 165 lbs. Likewise, the actor’s chest-waist-bicep measurements were 42-32-16 inches respectively. Further, the notable actor had dark brown eyes and hair of the same color. 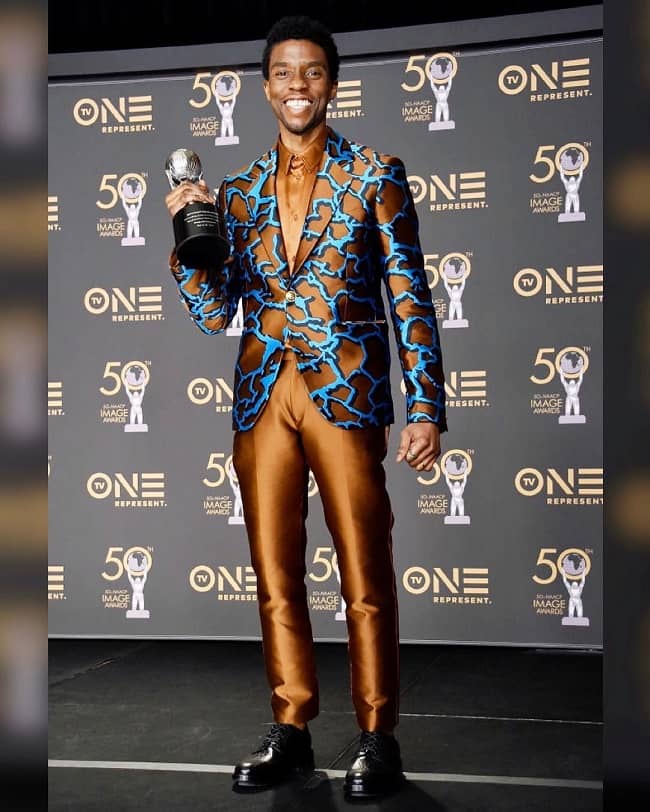 Talking about the actor’s social media presence, Chadwick Boseman joined Twitter in April 2016 and has over 2.1 million followers on his @chadwickboseman. The last tweet before his demise was congratulating Kamala Harris on her selection as Joe Biden’s vice-presidential nominee. The late actor tweeted this on 12 August 2020. Since then, his team has been managing Chadwick’s social media profiles.

Likewise, the actor’s Instagram username is @chadwickboseman that has over 11 million followers. Just like Twitter, his team also manages and posts Instagram posts on Chadwick’s behalf after his demise. Chadwick also has over 4.6 million people following his journey on Facebook. Moving on, Chadwick Boseman had a net worth of approximately $12 million US dollars when he passed away.