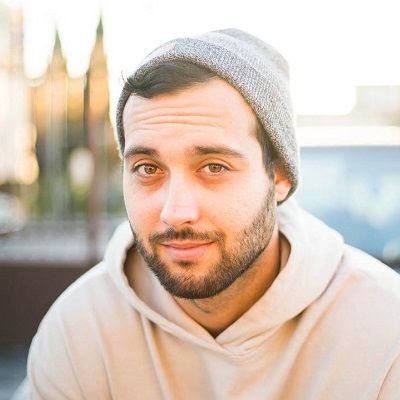 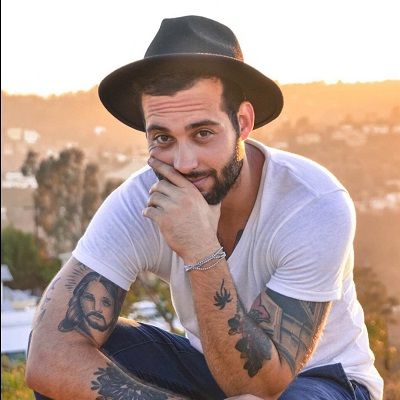 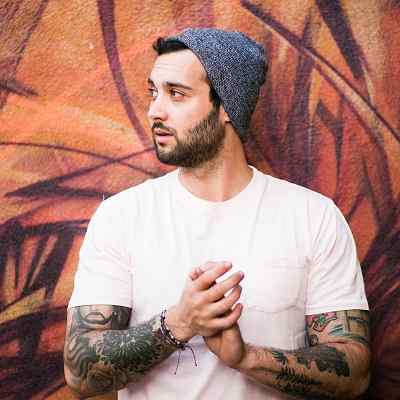 Chad Tepper is an American Youtuber and a multi-talented personality. Chad Tepper is also an actor and singer. He uploads music videos on his channel along with vlogs related to his life. He has also appeared in TV shows and movies like “Young and Married”, “Ink Master”, “The Reality House”, “True Life”, etc. mong others.

Chad Tepper was born on 7 May 1992 and he is currently 28 years old. He is originally from Merritt Island, Florida. He also has a brother named Randy. In the video Saying bye to my dad? uploaded on 29 March 2019, he mentioned that his father died in March 2018. Other than these, he has not mentioned much information about his family, childhood, and educational journey as well. He has a pet dog, a dalmatian named Boy. Boy regularly appears on his social media posts.

Chad Tepper is a Youtuber who became a member of the popular group Team 10 in July 2017. He has over 1 million subscribers to his YouTube channel and more than 1.5 million followers on Instagram. He is also a reality star and he has appeared on the E! series Hollywood Cycle, Spike TV’s Ink Master, and YouTube’s web series The Reality House.

Similarly, he used to be a professional skateboarder prior to social media fame. On the 1st of January 2020, he released the song Loser accompanied by a music video. Moreover, he created his self-titled channel on 17 July 2013 and it has so far amassed 1 million subscribers and 2,191,318 views as of May 2018.

He regularly posts videos of him doing daring stunts and pranks on his self-titled channel. Some of his popular videos are Jake Paul Tased me twice, Got Verified On Instagram Snowboard Trip, Skateboarding!!! W/ Justin Bieber Watch Till The End, and Chad Tepper–Aint Hit (Official Music Video). 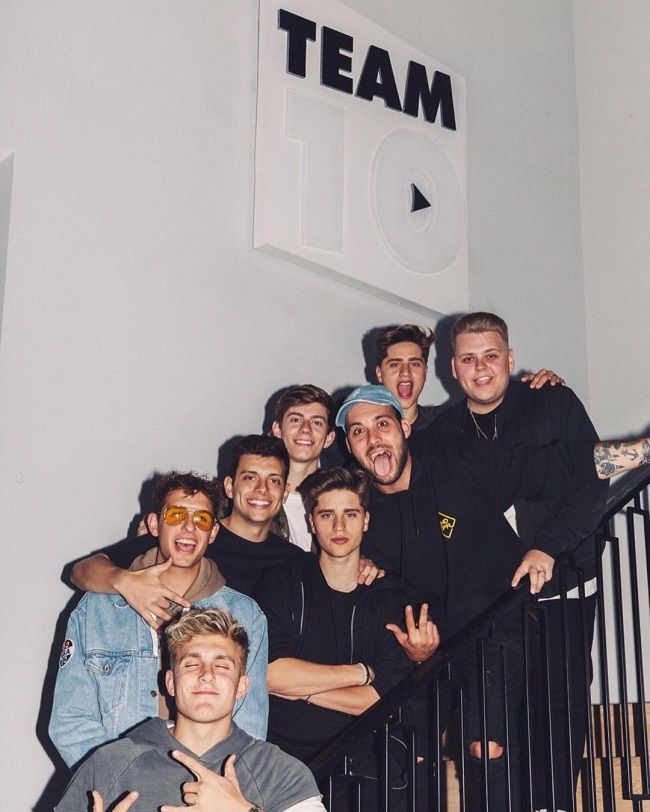 Likewise, he is also popular for his role in Hollywood Cycle. It is an E! Network’s reality series that premiered on 7 July 2015. Before he was seen in this reality series, he had also worked in several other TV and film projects such as Spike’s TV series Ink Master in 2012. It is also a reality competition television series. Moreover, he was featured in the MTV documentary series True Life in 2011 and Young and Married in 2012. It is another documentary TV series.

He was acclaimed for his performance in the film Girls Lost. It is a 2015 Swedish drama film that Alexandra-Therese Keining directed. His popularity also helped him get the opportunity to act in movies like Nowhereland in 2016, Actor Anonymous in 2017, and Paved New World in 2018.

He created his Youtube channel on 17 July 2013 and so far has 1.08 million subscribers. The oldest video on this channel is titled WE SHUT DOWN THE GROVE LA. This video has 19,806 views and it was uploaded on 12 March 2017. Similarly, the other oldest videos are DO NOT WATCH THIS!!! (ROCKING CHAIR) uploaded on 29 October 2017 and BIGGEST MISTAKE OF MY LIFE uploaded on 18 December 2017.

He also uploads official music videos for his songs like “Loser”, “Aint Hit”, “Good Die Young”, “Cry Baby”, “Pillow”, “Hey Hey Hey”, “Fake Stories”, “Save Me Sara”, “Save Our Souls”, etc. He will also be releasing a new song and its accompanying video on his birthday, i.e. 7th May 2020.

Being a famous social media personality he certainly has endorsed a couple of brands. Some of them are Hollywood Cycle and iPhone 5S.

Currently, Chad is in a romantic relationship with Sara Salinas. The pair started dating since the year 2014. Sara occasionally appears on his videos like DYEING MY GIRLFRIENDS HAIR PINK and GHOST PRANK ON GIRLFRIEND among others.

Prior to Sara, he was married to Allison. They tied the knot on 9 July 2011, but sadly, the then-lovers divorced on 19 January 2014. They separated due to personal differences. 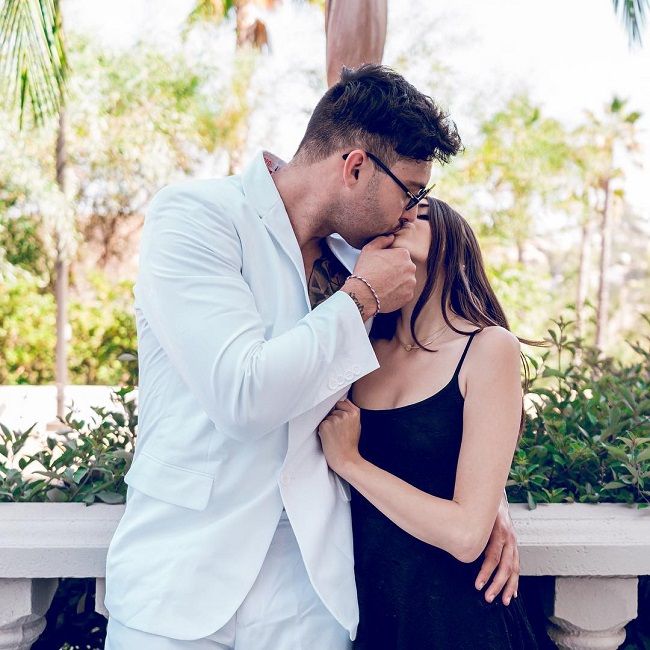 He stands tall at a height of around 6 feet 3 inches and weighs approximately 83 kgs. Other than these, other details like his chest-waist-hip, biceps, dress size, shoe size, etc. are unknown. Moreover, he has dark brown hair and eyes of the same color.

Talking about his social media presence, Chad joined Twitter in March 2014 and so far has 175.8k followers. Similarly, he created his self-titled Youtube channel on 17 July 2013 and so far has 2,191,318 views and 1.08 million subscribers. He also has a personal Instagram account that boasts 621 posts shares and 1.5 million followers at the time of writing his biography. 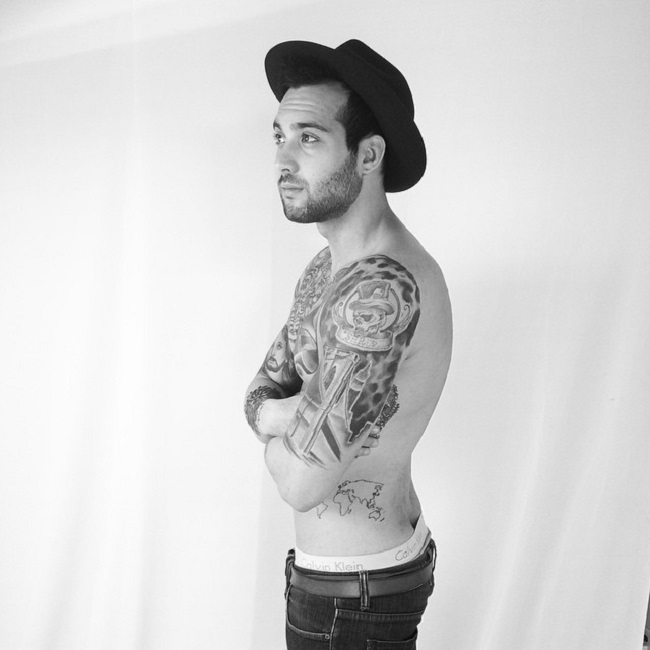 Caption: Chad Tepper posing for a photo with his tattoos visible. Source: Instagram

Moving on, his net worth estimation is around $200 thousand dollars. Similarly, he makes an income of around $14,000 from his YouTube channel alone.

Talking about his Youtube channel’s stats, he has uploaded around 20 videos which all together add up to more than 2.9 million views. Similarly, he receives 5.5k video views every day and he is losing 182 subscribers on a daily basis as per the data available on Statsmash.