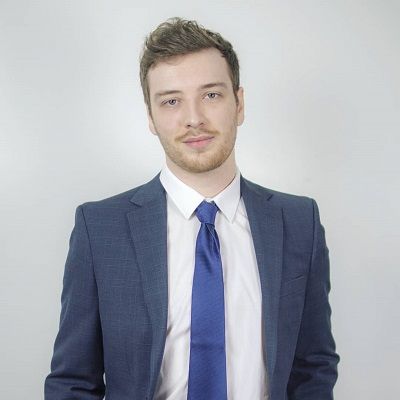 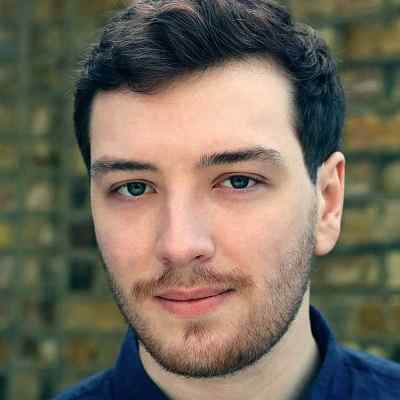 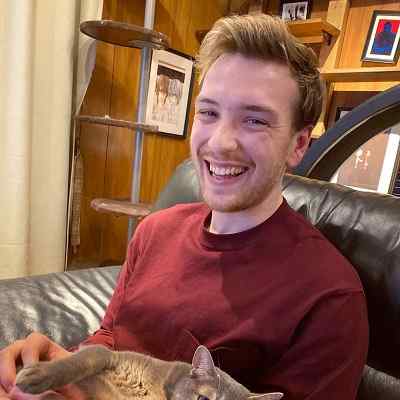 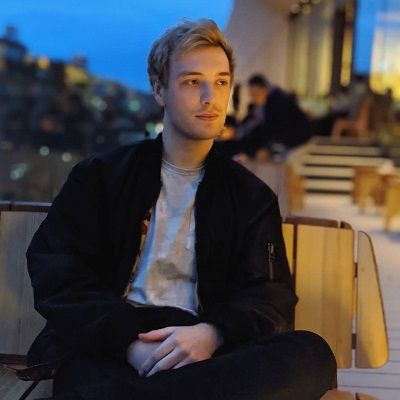 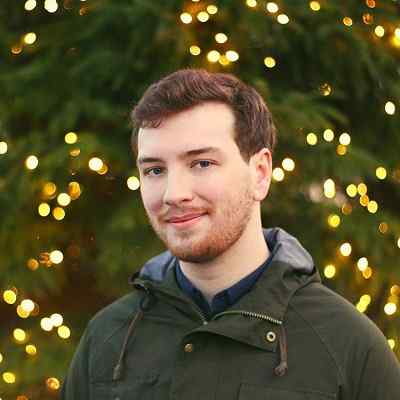 CDawgVA is a Welsh social media personality and voice actor. CDawgVA is primarily a Youtube content creator who mainly focuses on creating amine, prank calls, and parody videos among others. He is also popular for his love for Yaoi creations.

CDawgVA was born on July  26, 1996, and his age is currently 24 years old. He is originally from Wales but later moved to London, England, for a long time until November of 2019. After that, he officially moved to Japan. His real name is Connor Marc Colquhoun, however, he is popular as CDawgVA, his online alias.

He also has not shared any information about his educational journey. But considering his age, we can assume that he might be a university student unless he decided to take a break from his studies or altogether discontinue it to focus on his professional career. 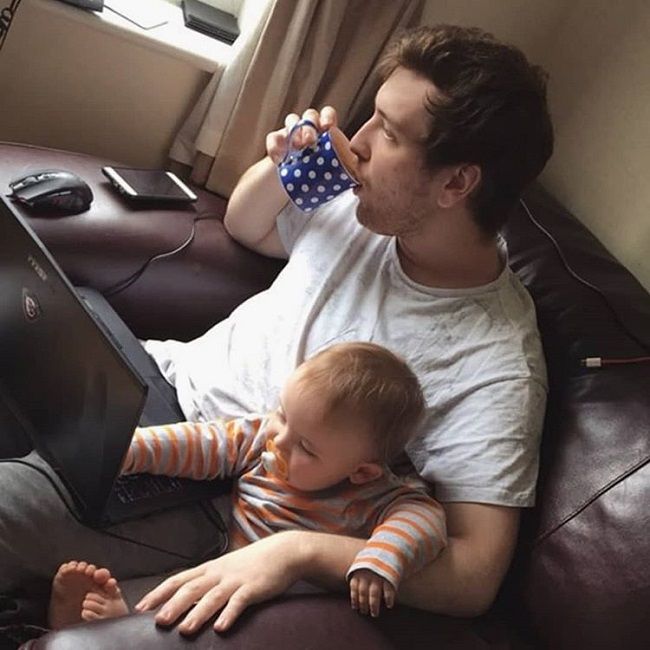 Professionally, CDawgVA is a social media star and a voice actor. He is primarily a YouTuber who is popular for his self-titled channel. Likewise, he mostly shares prank calls, anime animations, and parody videos. He began posting to his channel in April 2014.

Likewise, he created his “CDawgVA” YouTube channel on February 11, 2014. His first video is titled Do You Even Voice Act Podcast #1 posted on April 30, 2014. This particular video has over 22.5k views at the time of writing this biography. Moreover, the most-watched video on his channel is I Paid Voice Actors To Dub JoJo Scene’s With No Context with over 3.4 million views since its upload in November 2019.

The other videos with over 1.5 million views at the time of writing this biography are Anime Prank Calls, I Went To Japan’s Yαoi Cafe…, Where is the ‘Hit or Miss Girl’ Now?, and 2 Voice Actors – 1 Voice Prank Calls (Sebastian’s Black Butler) with views ranging from 1.8 million to 1.7 million.

Further, his YouTube channel has amassed over 1.41 million subscribers. One of his most popular videos is titled Black Butler’s Sebastian Prank Calls and it has received over 200,000 views since its upload on June 23, 2015. Both he and Joey Bizinger post animation videos to their respective YouTube channels.

Moreover, he began doing voice acting professionally in the year 2013. He has since then lent his voice for games like Age of Empires II. He is also popular for voicing characters in Dragon and Weed: Origins Season 1 Vol.1, Chronexia and the Eight Seals, and Dragon Ball Z Abridged. 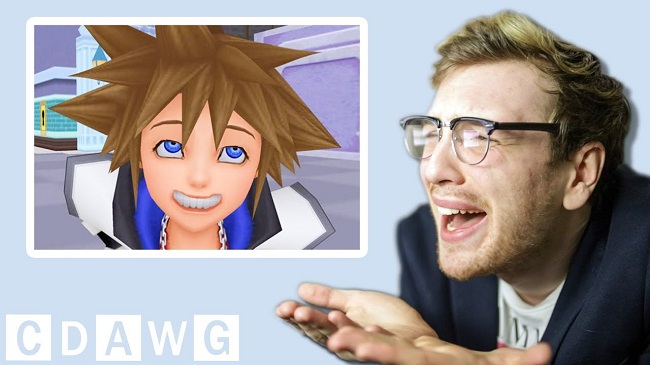 Additionally, his videos quickly gathered attention after he did voice imitations on Sebastian Michaelis. It is a character from the anime series Black Butler. The reason for his sudden fame after this voice acting is because his voice sounds similar to that of the original voice actor, J. Michael Tatum.

Nowadays, his videos have branched from purely anime/voice acting related to a wider variety. He stated that ever since moving to Japan, he has had more opportunity to make videos on topics including Host clubs, different types of cafes, etc., that are not common in the west.

He also does a podcast once every week with Gigguk and Joey called “Trash Taste”. Moreover, he also makes a lot of Yaoi, as well as, cosplay content. He is also probably the first person to create an English Yaoi. He is also good friends with other social media stars/Youtubers like Gigguk, The Anime Man, Akidearest, BakaShift, Sydsnap, Emirichu, Evanit0 (editor), and Nux Taku among others. 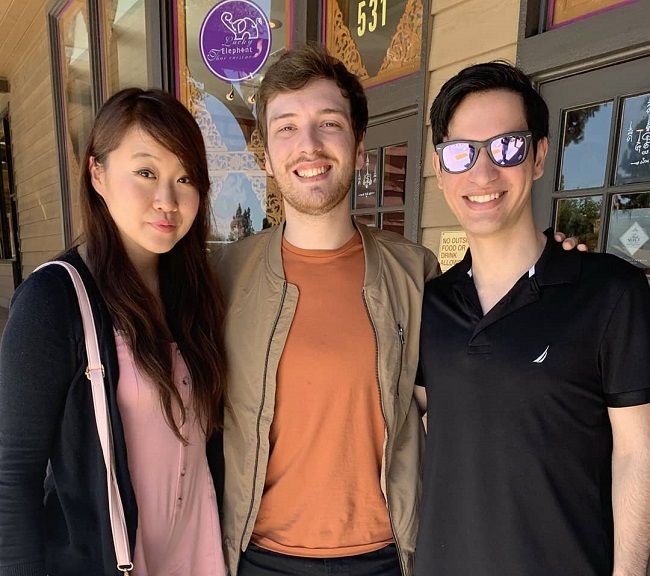 Caption: CDawgVA posing for a photo with his friends Emily (Emirichu) and Edward Kloss. Source: Instagram

CDawgVA is most probably single at present. He has not shared much information regarding this issue. Likewise, he has also not shared any social media posts that might indicate his current relationships or affairs.

Moreover, he has maintained a clean public profile that is away from rumors, scandals, and controversies that might hamper his professional career and personal life. Nevertheless, he is sure to attract many lovers in his future through his handsomeness, talent, humor, and charms.

Sadly, there is no information regarding his body measurement details. His height, weight, chest-waist-hip measures, biceps, dress size, shoe size, etc are all unavailable at the moment. Similarly, he has brown hair and green eyes.

Talking about his social media presence, CDawgVA joined Twitter in May 2009 and so far has 167.3K followers on his @CDawgVA account. He is also available on Twitch as @cdawg_va with over 44.7k followers and he is also there on Discord. Further, he goes by @cdawgva on Instagram and this account boasts 59 posts shares and 118k followers at the time of writing this biography.

Likewise, he created his self-titled Youtube channel on February 11, 2014. Since then, this channel has earned over 127 million views and 1.41 million subscribers. We can also contact him at [email protected] for collaborations and voice acting.

Moving on, he has a net worth estimation of approximately $741,000 dollars. Moreover, he mainly earns through his Youtube videos and voice acting among other income-generating activities. He has published over 280 videos which all together add up to more than 127 million views. Likewise, he creates on average 4 new videos every month earning 297k video views and 2.8k new subscribers every day.