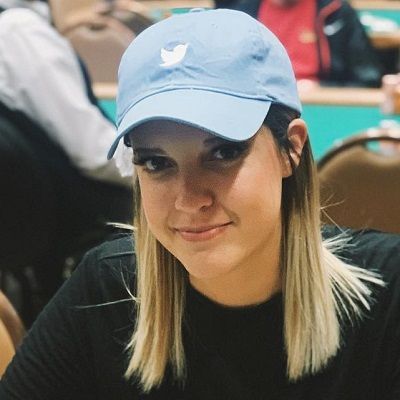 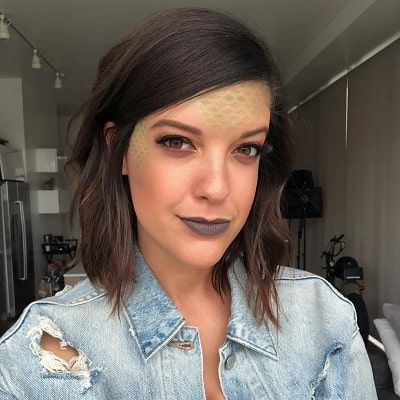 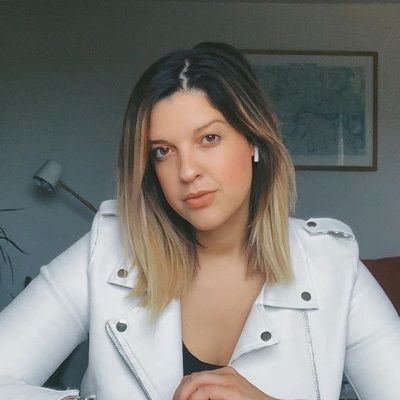 Catherine Valdes is a prominent American Youtuber famous for co-founding Summoners Con. Catherine Valdes is also an actress who has appeared on shows like “Aussie Girl”, “The Annoying Orange”, “Cooking Wars”, and “AwesomenessTV” among others. She is also available on several other online platforms alongside having several Youtube channels.

Catherine Valdes’s full name is Catherine Elizabeth Valdes. She was born on 16 May 1989 and she is currently 31 years old. She is originally from Orlando, Florida. Talking about her family, her parents are father Armando and mother, Tricia. Catherine’s father is of Cuban descent whereas her mother is an American. Similarly, she has two older brothers namely Matt and Paul, and also a sister named Sarah.

At age 3, Catherine wished to be a dolphin trainer. This wish came after she was amazed by what she saw at the SeaWorld. Likewise, when she turned 8, Catherine and her family moved to Atlanta, Georgia. It was because her father got a job in Atlanta as an operator at the American fast-food restaurant chain Chick-Fil-A.

Catherine’s mother was a teacher back then. Hence, Catherine was homeschooled for the next two years. After that, she joined King’s Academy. Catherine was only 14 years old when she got her first job at Chick-Fil-A. In just two years, Catherine got a promotion for the post of manager. She was also once robbed while working at Chick-Fil-A, which she describes as one of the most terrifying experiences of her life. The next year, Catherine completed high school. 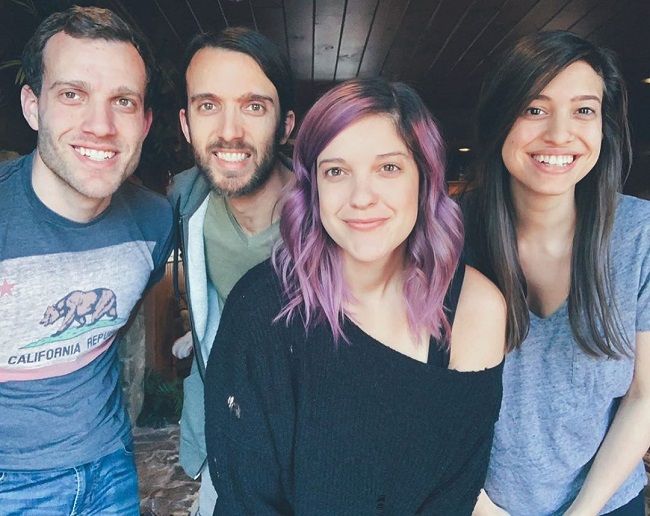 More about her past jobs

Apart from working at Chick-Fil-A, Catherine worked as a full-time nanny as well as a server at a restaurant known as California Dreamin. Moreover, she fulfilled her childhood wish when she volunteered at the Georgia Aquarium. Then in 2009, she joined Kennesaw St. University, Georgia. There, she studied biology. However, Catherine soon realized that it was not her cup of tea. Hence, she dropped out and joined Bethel Christian School in Redding, California. There, she learned faith and religion.

Later, Catherine decided to make a career on YouTube. After completing all the semesters, she bagged a job in San Francisco. She also briefly worked for the popular website Daily Booth. However, she soon got bored and quit the job and moved to Los Angeles. Moreover, Catherine owns a French Bulldog named Beta. And her all-time favorite Disney movie is Peter Pan. Catherine is also a huge fan of Game of Thrones series.

Catherine Valdes is a Youtube sensation popular as Catrific. She is also the co-founder of Summoners Con, an annual League of Legends convention. She joined YouTube on 27 April 2008 and uploaded her first video only 4 days later. Moreover, Catherine has over 600,000 subscribers on her Catrific YouTube channel. She also provided her voice for The Annoying Orange as Princess Peach.

Additionally, Catherine is good friends with YouTubers like Dan Howell, Phil Lester, Joey Graceffa, and Ingrid Nilsen among many. She is also a director of creator partnerships at Jellysmack as per her Instagram bio.

Catherine set out into the YouTube community as an escape from boredom, depression, and anxiety. She was 18 years old when she discovered that her talent lay in vlogging. She soon created a YouTube channel titled Catrific. This later became her online pseudonym. She further shortened her pseudonym and earned the nickname Cat.

Both of her additional channels provide an extra dose of entertainment to her viewers. “Catrific Plays” serves to all her game-lover fans. Catherine is also highly active on the gaming squad of League of Legends and posts a lot of gameplay videos on this particular channel. She later co-founded Summoners Con, which is an annual gathering of League of Legends players from across the world.

More Catrific is predominantly a vlog channel and this channel has over 100 thousand subscribers. Additionally, Catherine has collaborated with several established YouTubers like Shane Dawson and Joey Graceffa. Her collaborative videos with the duo Dan and Phil are also highly popular. 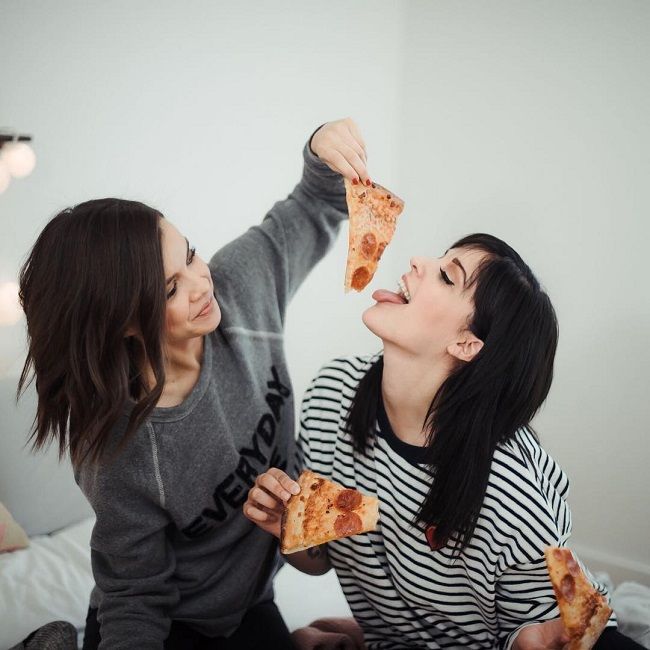 Catherine is also an actress who has worked in a couple of TV projects and web series. She is most recognized for lending her voice to Princess Peach in the American comedy web-series The Annoying Orange. The same year, she worked along with her best friend Meghan, and appeared in the cooking series Cooking Wars.

Then in 2016, she appeared in the reality TV series YouTubers React. Catherine is also popular for her performance in the series Aussie Girl. Also, in the year 2015, Catherine attended the Vanity Fair and FIAT Young Hollywood Celebration that was hosted in Los Angeles, California.

Catherine’s main channel contains numerous storytime videos. Through these videos, she has shared her own traumatic life experiences. Catherine also discussed a couple of sensitive issues. One such video segments have covered topics such as depression, bullying, drugs, sexual orientation, self-acceptance, and others. Though Catherine has gathered recognition for bringing up such issues on a public platform, some of her comments have also got her into troubled waters.

While discussing a particular topic in one of her videos, she made a few statements in support of Luke Conard. Luke was accused of sexual and verbal abuse by multiple women. Catherine soon found herself surrounded by haters after this. She later posted a video clarifying her statement. Catherine said that her comments were misunderstood and that she had never supported any rapist. Cat also apologized for accusing girls of fabricating stories of sexual abuse to get attention.

Additionally, Catherine’s link with the YouTuber duo Dan and Phil also brought her several hate comments. Many of Dan and Phil’s fans believed Catherine would wreck their dynamics.

People have also targeted Catherine for promoting an application known as “Vessel”. It is the application that charged money for early access to videos. Viewers felt that the service violated the purpose of YouTube and that such services should not be promoted by any vlogger. Further, viewers also accused her of featuring people in her videos without their permission.

At present, Catherine is most probably single. She has not shared any social media posts that might indicate her present relationship status or affairs. She also has kept a clean profile away from scandals and rumors that might hamper her social media career and personal life.

Catherine Valdes stands tall at a height of 5 feet 6 inches but there is no information regarding her weight and other body measurements. Likewise, she has dark brown eyes and hair or the same color which she dyes into various shades like blonde and purple among other colors. 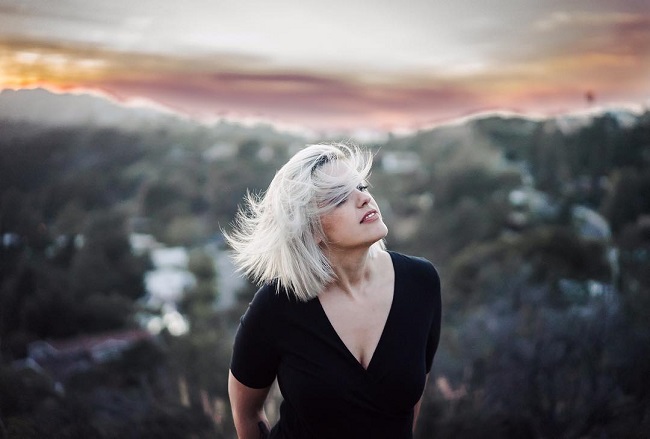 Talking about her social media presence, Catherine joined Twitter in August 2008 and so far has 186.4k followers. Similarly, her Instagram boasts 1,866 posts shares and 225k followers at the time of preparing this biography. She also has a Facebook page with over 66k followers.

Moving on, Catherine has a net worth estimation of $1 million to $5 million. She mostly earns through her social media involvement among others.