Catherine Elizabeth Middleton, The Duchess of Cambridge was born on 9 January 1982 in Reading, England. Presently, she is 40 years old. Moreover, her zodiac sign is Capricorn. She has two siblings in the family. She is the eldest one born to Michael Middleton and Carole. Her father is a flight dispatcher and her mother is a flight attendant. They founded Party Pieces in 1987. It is a privately held mail-order company that sells party supplies and decorations.

Similarly, the princess’s nationality is English and British. Her full name is Catherine Elizabeth Middleton. Catherine’s family lived in Amman, Jordan, from May 1984 to September 1986 where her father worked for British Airways.

On her mother’s side, Kate came from a decidedly working-class stock of coal miners and builders. Her maternal grandmother, Dorothy Goldsmith, pushed her children to aim high. As a result, Kate’s mother became an airline hostess—at the time, a considerably glamorous job.

It was on this job at British Airways that Carole met Michael Middleton, an airline dispatcher, whose wealthy family hails from Leeds and who has ties to British aristocracy. The couple married soon after. In 1987, her parents founded a mail-order party goods company. The business was a surprise success, eventually making the Middleton family multi-millionaires. 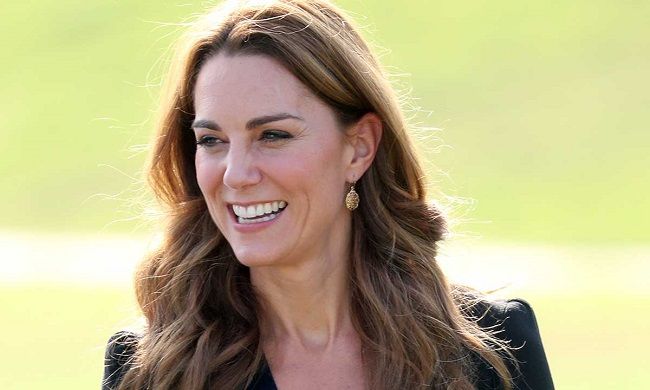 Additionally, Middleton attended an English-language nursery school. In 1986, when her family went back to Berkshire, she was four at St. Andrew’s Prep School, Downe House. It is a private school near Pangbourne in Berkshire. Later on, she studied at Downe House School.

Moreover, she was also a boarder at Marlborough College. The college is a co-educational independent boarding school in Wiltshire. Ultimately, she completed her graduation in 2005 from the University of St Andrews in Scotland. However, she is an undergraduate MA in the history of art.

On her first day at co-ed Marlborough, some particularly mean-spirited boys began rating incoming students based on attractiveness and personality. They gave Kate a two out of 10. Despite the initial setbacks, Kate did well in her studies, passing 11 GCSEs and three A-level exams.

According to some sources of information, Catherine Middleton’s net worth is expected to be $5-7.3 million. Some sources consider that most of her net worth and belongings are from her parents’ company.

Similarly, Catherine initially worked as an accessory buyer with the clothing chain Jigsaw in November 2006. Consecutively, she worked a part-time job until November 2007.

Latterly, she then worked until January 2011 at her family business. The business she worked on included catalog, design and production, marketing, and photography as well.

Before her marriage, the Duchess of Cambridge used to live in an apartment owned by her parents in Chelsea, London. Surprisingly, the apartment was estimated to be worth $1-1.4 million.

In the bargain, the Duke and Duchess set up a gift fund held by The Foundation of Prince William and Prince Harry. Instead of the gift of the well-wishers, they were supposed to donate that money to charities.

Catherine’s most patronages focus especially on issues surrounding young children, addiction, and art. The Art Room, National Portrait Gallery, and East Anglia’s Children’s Hospice are only some of her patronages.

On top of that, Middleton gave her royal charity to the M-PACT program (Moving Parents and Children Together) in October 2012.

Correspondingly, the Duchess has made visits to charities and hospitals such as St Thomas Hospital and Maurice Wohl Clinical Neuroscience Institute. She has also tackled issues surrounding mental health and disabilities.

Ordinarily, she has launched the Mentally Healthy Schools. There are so many Catherine’s charities as well.

Consequently, the Duchess has various honors and special recognition. She was selected as one of Time Magazine’s hundred Most Influential People in the World in 2010, along with Rihanna.

Above all, the Queen Elizabeth II Diamond Jubilee Medal on 6 February 2012 and the Royal Family Order of Queen Elizabeth on 5 December 2017 are some of the honors of Middleton. Dame Grand Cross of the Royal Victorian Order is another special honor.

Likewise, her commonwealth honor was on 1 October 2016:Tuvalu Order of Merit.

Certainly, she has supported so many charities such as The Art Room, the National Portrait Gallery, London East Anglia’s Children’s Hospice, and Action on Addiction.

The Duchess, Catherine was well known for her sense of style. Various style institutions and companies presented her with many uncountable titles.

In addition, she has been placed on numerous “best dressed” lists. Most importantly, The Daily Telegraph selected her as the Most Promising Newcomer on its 2006 list of style winners and losers. On the other hand, Tatler kept her at number eight on its yearly list of the top ten style icons in 2007.

Besides, there were so many institutions that featured her in the most possible styling recognitions. People, Style.com, and Vanity Fair are some of the names which gave much credit to the pretty princess for her sense of styling. 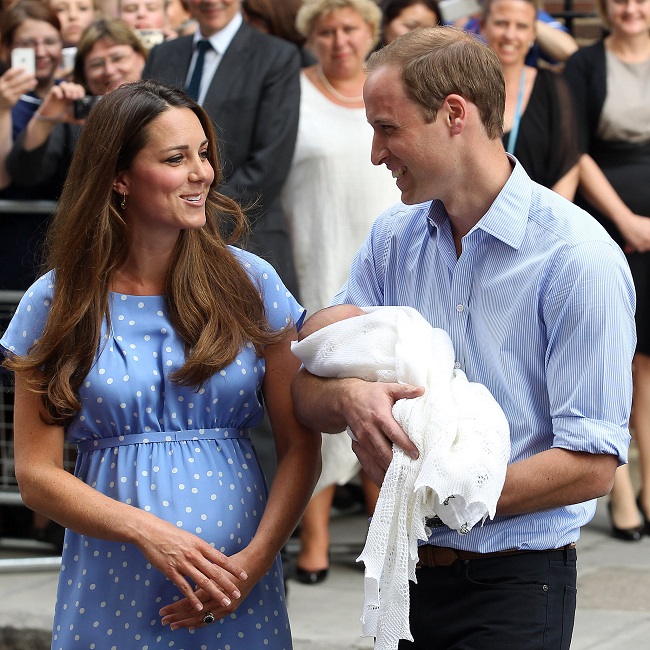 Middleton and William lived in the same dormitory at college, St. Salvator’s Hall. They shared several classes in their course schedule as well and soon became friends. While they often shared breakfast and walked to classes together, the two were not interested in each other romantically at first. Middleton was dating senior Rupert Finch, and William was busy dealing with the press and struggling with his feelings about his new school.

In 2002, Middleton appeared in an exclusive fashion-show fundraiser wearing a revealing dress. William was also present at the charity event and became intrigued and interested in Kate in a new way. He attempted to engage her romantically that evening but, still, in a relationship with Finch, Middleton spurned the future king’s advances.

At the end of the 2002 school term, Middleton’s boyfriend graduated, and the couple soon parted ways over issues of distance. Newly single and entering her sophomore year, Middleton and several friends were invited to share a flat with William, a setting that allowed their budding romance to blossom.

At first, Middleton’s life didn’t change much. The couple kept their relationship a secret, mostly due to the prince’s extreme distrust of the press. The couple agreed not to hold hands in public, or be seen sitting together at dinner parties. This seemed to throw off the press for the most part.

But in 2004, Kate was caught by paparazzi while on a royal family ski trip. Her relationship with William became the subject of intense scrutiny and, by 2005, she was a tabloid favorite. The two graduated together that summer, with Middleton earning an honors degree in art history.

In February 2006, it was announced that Middleton would receive her 24-hour security detail from the Royalty and Diplomatic Protection Department. This led to rumors that Middleton was being groomed for a position of royalty. However, with William headed off to a military academy, Middleton was faced with tending to the paparazzi frenzy, alone.

On November 16, 2010, Middleton and William announced their engagement. The prince proposed during a vacation to Kenya, presenting Kate with the engagement ring worn by his mother, Princess Diana. The ring, made by crown jeweler Garrard, features a 12-carat oval Ceylon sapphire set in white gold and is surrounded by 14 solitaire diamonds.

The ring was reportedly inspired by a brooch created in 1840 for Prince Albert as a wedding present for Queen Victoria, which she wore on her wedding day as her “something blue.” The design is now available for anyone to buy at Garrard. “It’s beautiful—I hope I look after it! It’s very special,” Middleton said in the couple’s official engagement interview. The couple then announced plans to live in North Wales, where William was stationed with the Royal Air Force, after their marriage.

At her April 29, 2011 wedding to William, Kate Middleton wore a dress designed by Sarah Burton — a fact that remained a closely guarded secret until the big day. She also donned a tiara that the Queen Mother received from her husband, King George VI, in 1936, which Queen Elizabeth II lent to Middleton for the event. Shortly before the wedding, Queen Elizabeth conferred Kate with the title of Catherine, Her Royal Highness the Duchess of Cambridge.

The wedding reportedly cost close to $34 million, $32 million of which was for security. Guests included Sir Elton John and David and Victoria Beckham; 23 million people watched the ceremony live on television.

Prince George: On July 22, 2013, at 4:24 p.m. local time, Middleton gave birth to her son, Prince George Alexander Louis of Cambridge, weighing in at 8 pounds and 6 ounces. Prince George is third in line to the British throne, following Prince Charles and William.

St. James Palace officially announced that Middleton and William were pregnant with their first baby on December 3, 2012, after almost a year of baby rumors and much speculation. On the same day of the announcement, Middleton, with William by her side, was hospitalized at King Edward VII hospital in London with acute morning sickness.

Princess Charlotte: On May 2, 2015, Middleton gave birth to a daughter, Princess Charlotte Elizabeth Diana, weighing 8 pounds, 3 ounces, at 8:34 a.m. local time at St. Mary’s Hospital. The baby was the Queen’s fifth great-grandchild and the fourth in line to the throne after her brother, Prince George. This second pregnancy was announced in September 2014.

Prince Louis: On April 23, 2018, Prince Louis Arthur Charles was born, weighing 8 pounds, 7 ounces, at 11:01 a.m. local time at St. Mary’s Hospital. Prince Louis will be fifth in line to the throne after Prince Charles, Prince William, Prince George, and Princess Charlotte, and before Prince Harry. Big sister Charlotte remains a spot ahead thanks to a recent change in succession rules that gives preference to birth order over gender.

As royal members, the Duke and Duchess are conscious of their privacy being respected. However, they also had to face some rumors as well. Regrettably, some rumors said the Duke cheated on his wife. However, the Prince brought the rumor to an end after working with his lawyers. The lawyers representing the royal family in the past, have come forward to put their foot down.

Middleton made headlines in September 2012 when a French magazine, Closer published her photos sunbathing topless in southern France. Soon after, the photos were reproduced in publications in Ireland and Italy.

As soon as the news broke about the photos in Closer, the British royal family became involved in a legal battle to attain the rights to the photos, in hopes of preventing other publications from printing them. According to the Los Angeles Times, any news organizations in Britain didn’t pick up the photos.

Shortly after Closer published the photos, on September 18, 2012, the royal family won their copyrights in court: A judge ordered the French magazine to hand over the photos within 24 hours of the court’s decision, according to the L.A. Times. Closer faced daily fines of $13,000, as well as fines for any reprints of the photos, if it failed to meet the 24-hour timeline.

To begin with, Middleton is at the top when it comes to styles. So, there is no doubt that she maintains their body figure appropriately. She has a slim body structure with a weight of 59 kg. The pretty royal member is 5 feet and 9 inches tall.

Generally, she had dark brown hair color with green eye color. Her body measurement considers 32-24-33 inches. Her dress size is 2 US and 8 US shoe sizes. 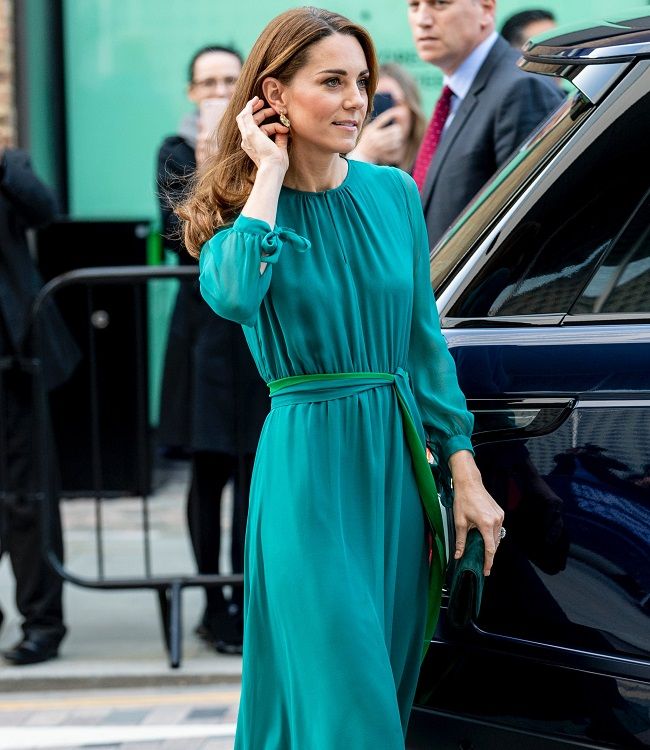 Unexpectedly, Princess Catherine is not individually active on social media.