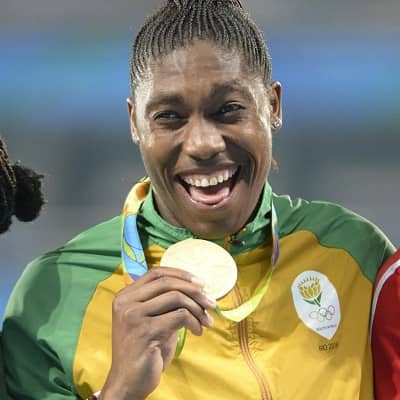 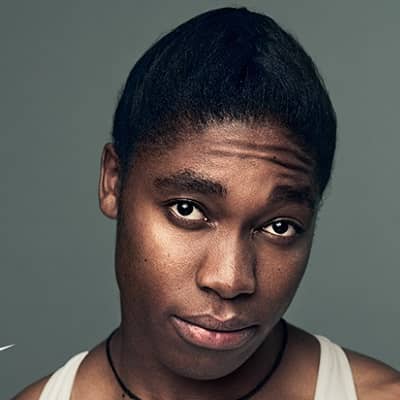 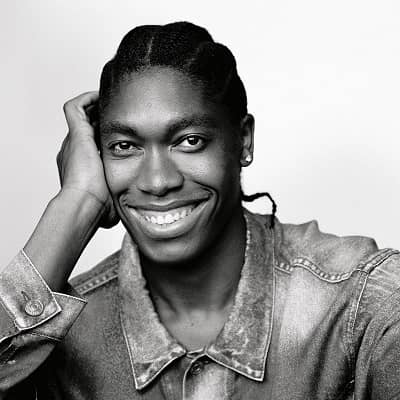 Caster Semenya was born on 7 January 1991 and she is currently 31 years old. Caster hails from Ga-Masehlong, a village in South Africa near Polokwane (Pietersburg), South Africa, and her zodiac sign is Capricorn. Semenya then grew up in the village of Fairlie. It is a village deep in South Africa’s northern Limpopo province. 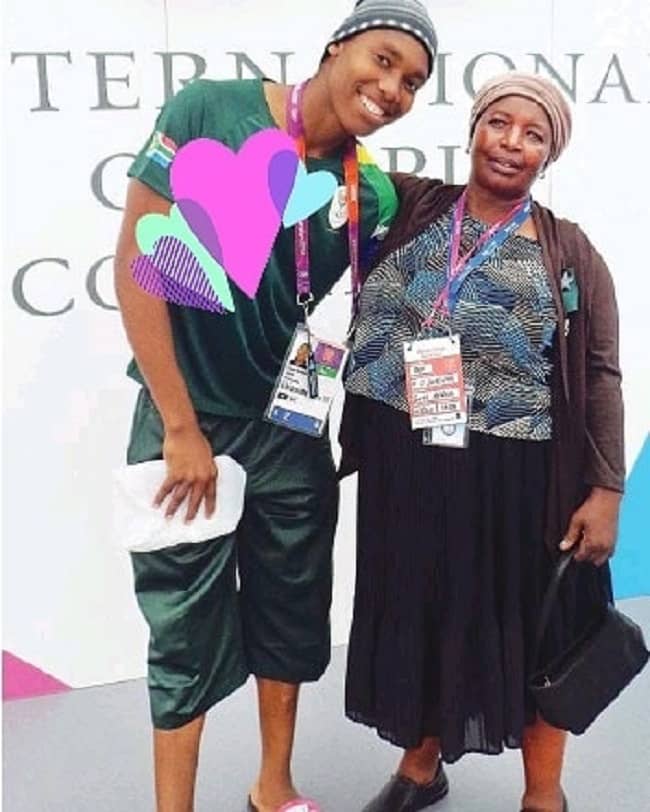 Caption: Caster Semenya posing for a photo with her mother. Source: Instagram

Talking about her family, Caster has three sisters and one brother. Two of her sisters are Nkele Semenya and Thabang Semenya. Regarding her educational background, Caster attended Nthema Secondary School. Later on, she attended the University of North West, and there, she was a sports science student. Moreover, her full name is Mokgadi Caster Semenya.

She then went on to win the 2016 Olympics and 2017 World Championships. In these events, Caster won a bronze medal in the 1500 meters. Caster also received gold medals for the 2011 World Championships and the 2012 Olympics after Mariya Savinova’s doping disqualification. 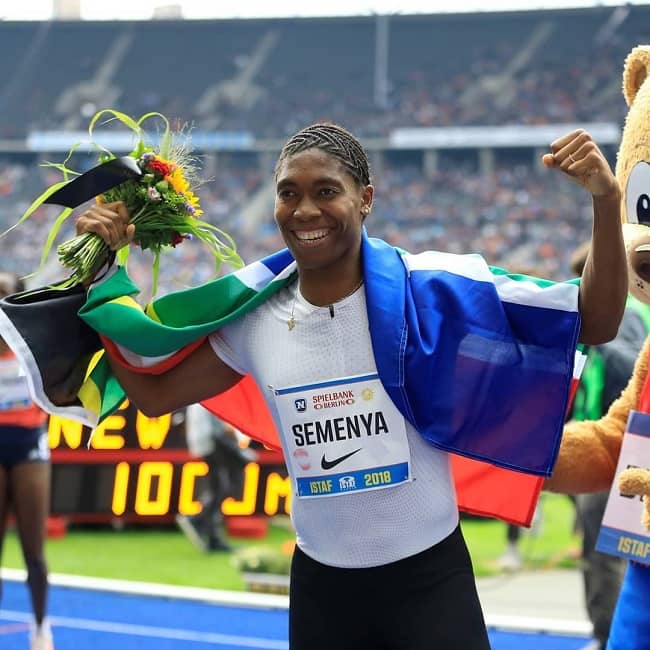 Caption: Caster Semenya was captured after her victory. Source: Instagram

Furthermore, Caster Semenya is an intersex woman. She was assigned female at birth with XY chromosomes and naturally elevated testosterone levels. After her victory at the 2009 World Championships, Caster was made to undergo sex testing. Soon, the athlete was cleared to return to competition the next year.

Then in the year 2019, authorities introduced new World Athletics rules. These new rules prevented women like Semenya from participating in 400m, 800m, and 1500m events. To take part in these events, women like Caster who have naturally elevated testosterone levels had to take medication to suppress their testosterone levels. 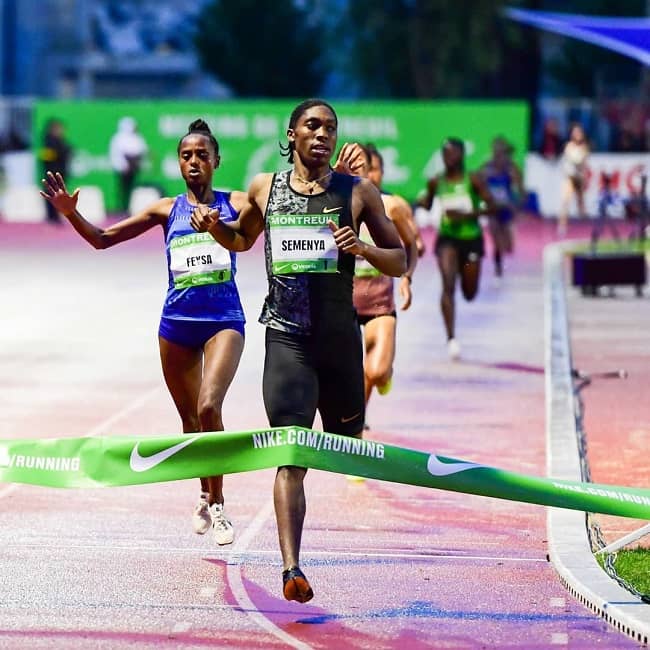 Caption: Caster Semenya was captured during her run. Source: Instagram

Also in September 2019, the athlete joined the South African SAFA Sasol Women’s League football (soccer) club JVW F.C. The owner of this F.C. is Janine van Wyk. Recently in 2021, Caster filed an appeal with the European Court of Human Rights against the restrictions.

Likewise, in the year 2020, Caster shared an announcement to switch to the 200 meters for the 2020 Tokyo Olympics. She decided this in order to avoid the 400m to one-mile ban. Further, in order to qualify for the 200 meters, the athlete must achieve a qualifying time of 22.80. Prior to this, Caster had also won the 5000m at the South African championship in 2019.

Earlier in 2010, New Statesman included Caster Semenya in its annual list of “50 People That Matter”. She was included in this list for unintentionally instigating an international and often ill-tempered debate on gender politics, feminism, and race. Following this, Caste became an inspiration to gender campaigners around the world.

Likewise, in the year 2012, Caster received the award “South African Sportswoman of the Year Award” at the SA Sports Awards in Sun City. The athlete also received the bronze Order of Ikhamanga (OIB) on 27 April 2014. She received this allocation as part of Freedom Day festivities. 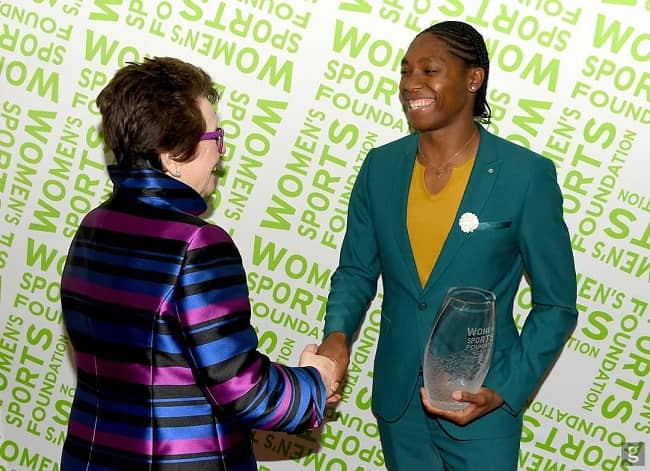 Caption: Caster Semenya posing for a photo with her award. Source: Instagram

The IAAF announced new rules in April 2018. These new rules required athletes with specific differences of sex development, testosterone levels of 5 nmol/L and above, and certain androgen sensitivity to take medication to lower their testosterone levels. This rule would be effective on 8 May 2019.

However, these new rules apply to only those athletes competing in the 400m, 800m, and 1500m. Due to this narrow scope of the changes, people speculate that the rule change was designed specifically targeting Caster Semenya.

However, the Court of Arbitration for Sport rejected her challenge in May 2019. This paved the way for the new rules to come into effect. Subsequently, in July 2019, Caster said that the ongoing issue had mentally and physically destroyed her.

Likewise, Caster appealed the decision to the Federal Supreme Court of Switzerland but it also rejected the appeal in September 2020. This decision left Caster unable to compete in the 2019 World Athletics Championships in Doha while her appeal continued. Then in February 2021, the athlete filed an appeal with the European Court of Human Rights.

Caster Semenya tied the knot with Violet Raseboya on 7 January 2017. The two had been long-term partners prior to their legal marriage in Pretoria, South Africa. The lovers share a daughter named Oratile Semenya, born on 5 July 2019. 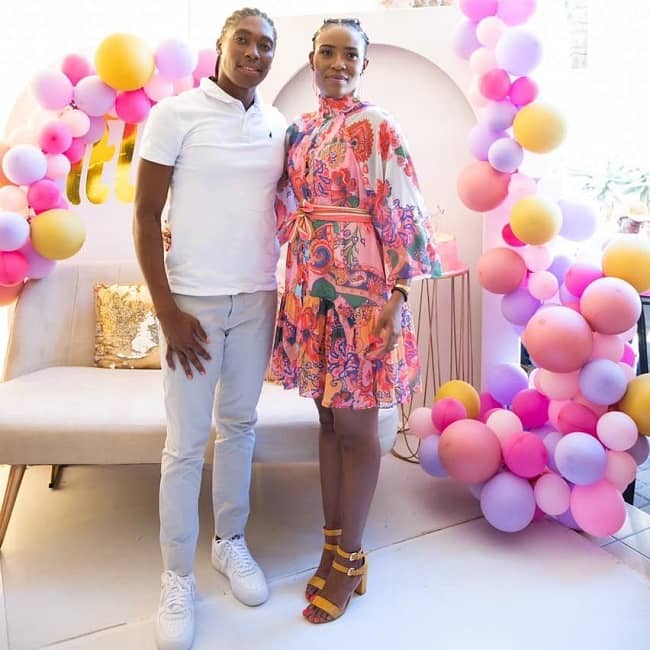 Caption: Caster Semenya posing for a photo with her wife. Source: Instagram

Caster Semenya stands tall at an approximate height of 5 feet 10 inches or 1.78 meters and her weight is around 73 kgs. Likewise, Caster has dark brown eyes and hair of the same color.

Talking about her social media presence, Caster Semenya joined Twitter in December 2015 and so far has over 405.5K followers as of June 2021. Likewise, her username on Instagram is @castersemenya800m. While writing this biography, Caster has over 205k followers. Moving on, Caster has an estimated net worth of $2 million US dollars.