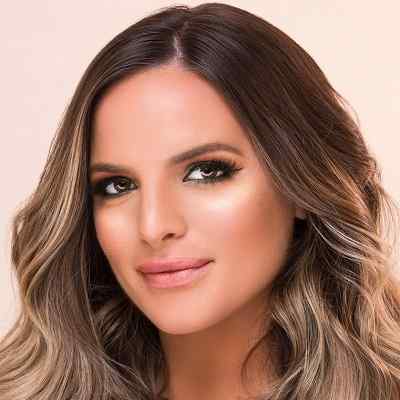 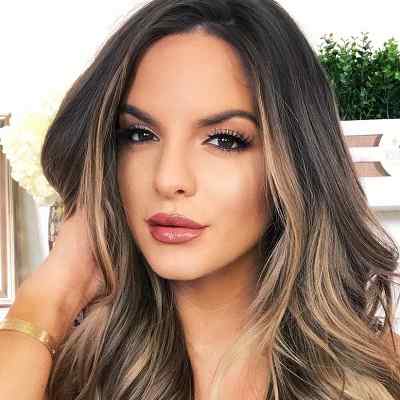 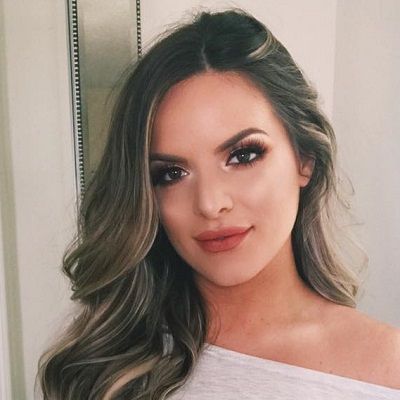 Casey Holmes is an American beauty guru and vlogger. Casey Holmes is best known for her self-titled Youtube channel as well as her secondary channel where she mostly shares vlogs. She also founded a women’s clothing boutique named “Rosie Daze Boutique”.

Casey Holmes is a native of Georgia, USA. She was born on November 25, 1991, and her current age is 30 years old. Similarly, her zodiac sign is Sagittarius. Sadly, she does not share much information about her parents, siblings, and other family members.

She is an American but her ethnic background is unknown. She also hasn’t shared much information regarding her childhood as well as educational background. Considering her age, she seems to be a university graduate unless she decided to take a break from her studies in the middle of the journey.

She often goes on a shopping spree and posts videos of her impressive hauls which are very popular with her fans. Her YouTube channel is full of detailed videos on diverse topics including makeup tutorials, fashion tips, daily routines, product reviews & comparisons, etc. She regularly posts her “Hits and Misses” series of videos through which she shares with her fans the recent products that she has been using and the ones that she didn’t like at all.

Similarly, she sometimes posts travel vlogs on her main channel, but she also has a separate vlogging channel titled “CaseyHolmesVlogs91”. She hosts most of her videos alone, but at times she has collaborated with other popular YouTube beauty gurus such as Laura Lee. Her husband, Davis, featured on the most popular video on her channel, in which her drunk boyfriend did the voice-over for her makeup tutorial. In February 2017, she collaborated with the beauty brand, Smashbox, to release two custom highlighter palettes.

She initially intended her channel to be a platform for her to share her skills as a makeup and hair artist. However, as her popularity grew, she expanded her content type to include fashion, shopping videos, and DIY home decor among other things. While she had been a bit shy in her initial videos, further down the road, she gained confidence and opened up to her fans, often posting vlogs, hosting Q&A sessions answering personal questions, and talking about relationships.

In July 2015, as her popularity grew, she was signed by Kin Community, a lifestyle network for female content creators. She is most popular among her fans for her down-to-earth attitude. Many of her fans agree that she has not changed over the years despite gaining immense popularity. Instead of becoming conceited, she has only grown more confident with time. She is also popular for her dedication to her craft. She regularly interacts with her fans and shows genuine interest in things they say.

In October of 2013, she posted a video called “Kat Von D Lock-It Tattoo Foundation- First Impression (F.I.F).” Moreover, on October 3, 2017, she announced the new project that she had been working on. It is an online women’s clothing boutique named Rosie Daze Boutique. She also had a launch party for the boutique on 15 October 2017. 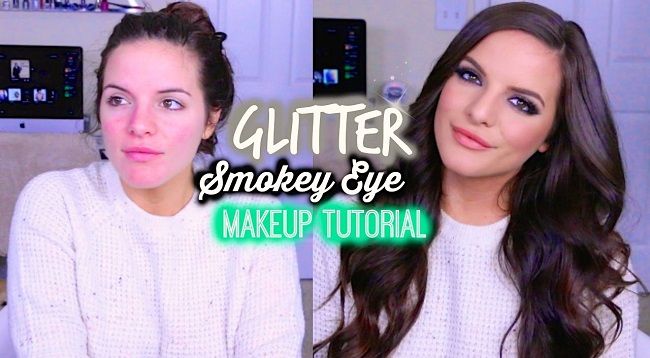 Despite her hard work and dedication, Holmes has yet to bag awards. Talking about her net worth and earnings, her net worth estimation is around $2 million.

Her Youtube channel “Casey Holmes” has a net worth of $31,000 as of March 2020. This channel has over 1.7 million subscribers. It has published 742 videos which all together add up to more than 197.4 million views. Casey Holmes creates on average 3 new videos every month. On average, her channel receives 39.9k video views every day.

Moreover, her secondary channel “CaseyHolmesVlogs91” has a net worth of $141,000 as of March 2020. This channel has over 650k subscribers and published 190 videos which all together add up to more than 49 million views. She creates on average 4 new videos every month. Moreover, she has 71.3k video views every day and 48 new subscribers daily on this channel.

Casey is a married lady. Her husband is Davis Marlar and he is military. He graduated from the United States Military Academy in Orange County, New York and he was also a pitcher for the Army baseball team at West Point.

How did they meet?

The love birds first met each other in a bar in her hometown. She and David’s common friend invited her to the bar and hence David thought the duo was in a relationship. Due to this, David didn’t show much interest at first. Later, they hung out with each other and realized that they went to the same school, but she was in a higher grade than him. They even added each other on Facebook back then and exchanged messages. But they didn’t realize it at the time. 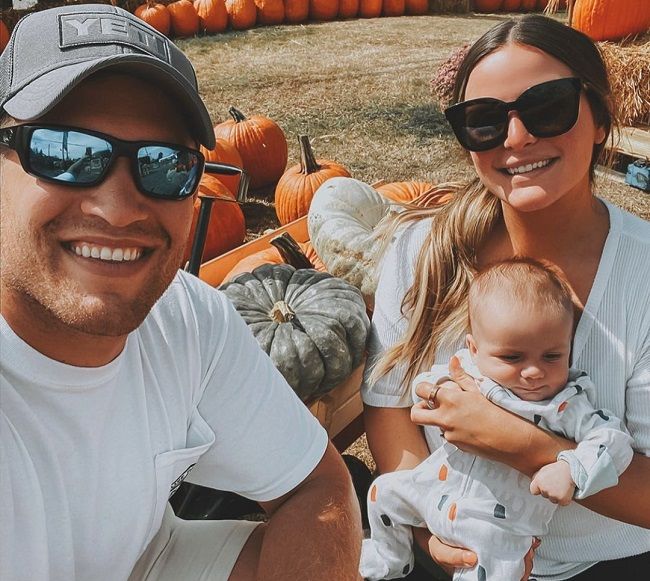 She asked him to make the toast, and he awkwardly raised a toast mentioning her as another man’s girlfriend. Soon, she clarified that she didn’t have a boyfriend. Following the revelation, they started talking more freely and had a deep conversation which brought them closer.

Since Davis was in the military, they were not able to spend a lot of time together. Her curious fans often asked how they keep the relationship going. According to her, it was because of “small things” the two regularly do for each other and, of course, with the help of FaceTime.

In early 2017, Casey Holmes shared with her Snapchat followers about some difficulties she was going through. Her fans flocked to her YouTube channel to show their support through comments. While the exact details about the incident are not known, according to some who witnessed her Snapchat story, she has been receiving a lot of negative comments from a group of people who have been keen on downplaying her success.

However, known as one of the most genuine YouTubers, she received the support of a large number of her followers during such a difficult time. Fortunately, her life soon took a turn for the better in both the professional and personal spheres as within a couple of months she released her custom highlighter palettes from Smashbox and also got engaged to her longtime boyfriend. At present, they are happily married and also have a child together.

Talking about Casey’s body measurement details, she stands tall at a height of 5 feet 5 inches and weighs around 51 kgs. Other information regarding her body measurements like chest-waist-hip, dress size, shoe size, etc. is all unavailable. Further, she has dark brown eyes and hair of the same color. However, she often dyes her hair blonde.

Casey Holmes is very active on social media platforms. She joined Twitter in December 2009 and has 282.1k followers as of March 2020. Similarly, she has 1.1 million followers and 2037 posts so far. She is also available on Facebook where she has 326.3k followers. 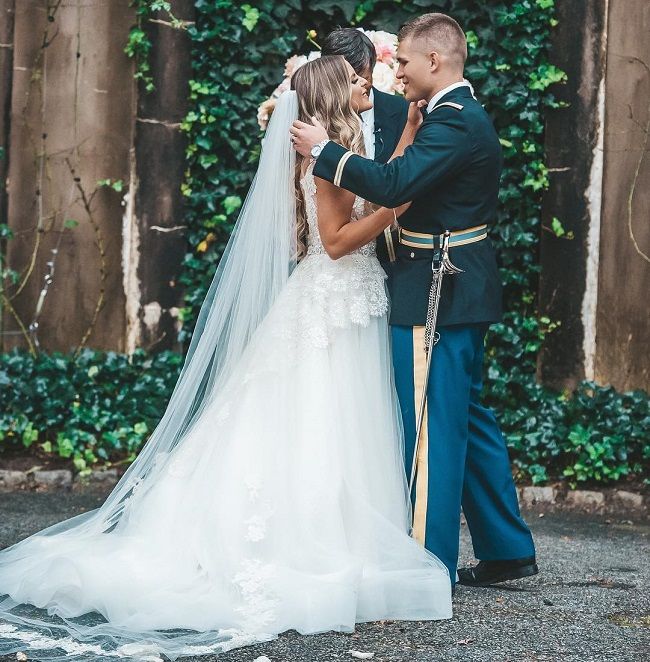