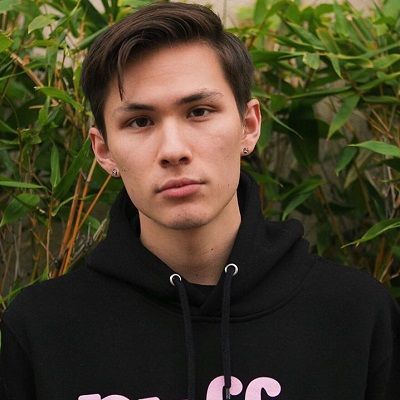 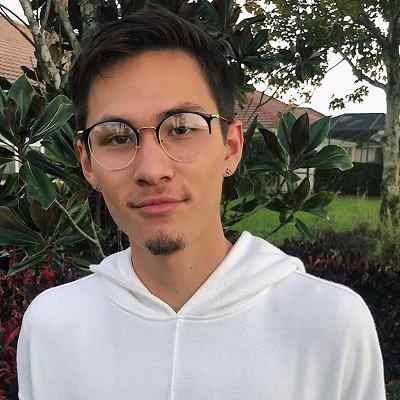 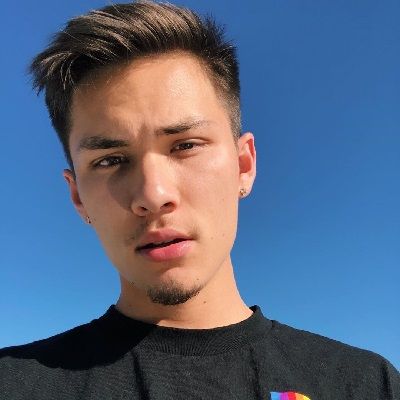 Carter Reynolds is 26 years old. He was born on May 24, 1996, in North Carolina under the astrological sign Gemini. His mother’s name is Jeremie Reynolds, and his father’s name is Jeanie Reynolds. He often featured them on his social media handles. Likewise, he has an older sister named Kealia.

Moving toward Carter’s educational background, he attended Jimmy C. Draughn High School in Valdese, North Carolina. He is American (nationality) but does not have mentioned his ethnic background. His pomeranian passed away in May 2015. 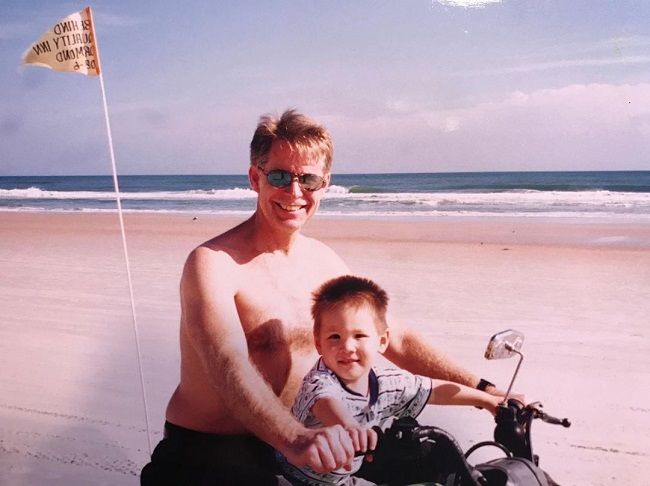 Caption: Carter Reynolds in his childhood photo with his father (Source: Instagram)

Speaking on Carter Reynolds’s earnings, he is a famous social media personality who has earned a decent sum of money through his YouTube career. Though he has not revealed his exact net worth. But according to sources, he currently has an estimated net worth of $950,000. With his good fortune, he is living a blissful and lavish lifestyle.

Talking about Carter Reynolds professional life, he is a famous American Social Media Personality. He is a YouTuber, and Vine Star is most noted for his Vine videos. This youthful cute guy with the boy-next-door rose to fame for his Vine videos and as a member of Magcon. He executed a Twitter follower campaign named #CarterTo200k to support him to attain 200,000 followers in January of 2014. Within four months the count led to one million. Before the termination of the Vine app, his Vine account ‘Mr_Carterr’ gained over 4.6 million followers.

He was part of the Meet ‘N’ Greet Tour along with other social media stars and Magcon Boys such as Cameron Dallas. ‘Magcon’ stands for ‘Meet and Greet Convention’, a tour or gathering of Vine famous boys that was founded in 2013 by Bart Bordelon. He traveled to several cities across the county with the convention and meet many fans who would fall to get a glimpse of and meet their favorite Vine stars. His videos primarily consist of wacky and goofy stuff that mostly fascinated young girls displaying his humorous and funny side with fellow Vine stars.

Likewise, he also got lucrative pay from Magcon Tour. The Magcon Tour tickets range from $32 for general tickets to $150 for VIP tickets which gave fans a chance to get a position in the front row and also to take selfies with their stars. He along with other fellow stars Cameron Dallas, Hayes Grier, and Nash Grier left ‘Magcon’ in April 2014 after a couple of months he launched ‘The Carter Tour’.

Soon he rose to the popularity chart with leaps and bounds visible from the incredible count of 4.6 million of his Vine followers, more than 2.7 million followers on his Instagram account, and 2.8 million followers on his Twitter account. Eventually, his rise made him sign contracts with big companies to promote their products. As of 2014, he got big bucks from companies like Coca-Cola, Aeropostale, Audible, and Airheads for sponsored ad deals on YouTube and Vine. He had featured numerous other Vine stars in his videos such as Matthew Espinosa and Taylor Caniff.

Besides his other social media fame, he also launched his YouTube channel on August 14, 2013. Following fame on other media sites, he got a good response to his videos initially. And also he garnered thousands of subscribers to his channel within a short period. He made his YouTube debut through the video titled “I GOT A DOLLA! | Carter Reynolds,” on January 24, 2014. The video has got almost 2,201,647 views.

He has posted a few videos on his YouTube channel. Among them, some of the videos include “COTTON BALL CHALLENGE | Carter Reynolds, Nash Grier, and Hayes Grier,” “WHAT TYPE OF MUSIC DO I LISTEN TO?,” and “READING DIRTY FANFICTION,” with millions of views. 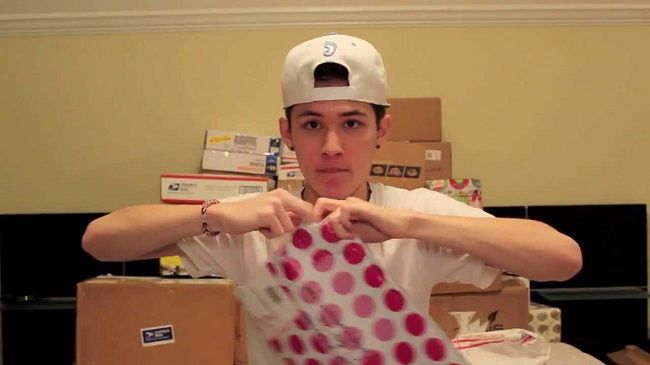 Is he single or dating someone?

Reflecting on Carter’s personal life, he is single currently. He seems to be focused on his career right now and getting himself away from the relationship. However, he has previously been linked to relationships.

In 2014, he started dating fellow web video star, Maggie Lindemann. She is a fellow Vine star and a talented singer and songwriter. Their fans were always eager to have a sneak peek at the lives of these stars’ love birds. Eventually, they started posting their selfies together at Coachella and also shares YouTube videos with their fans. One such video shows the duo kissing each other.

They broke up in December 2014. Their fans were so upset that several accused Lindemann of such a breakup and some also sent her death threats. However, the two reunited in March 2015 only to break up after a couple of months. Notwithstanding, the couple eventually broke up.  Further, he has also been in a relationship with Demi Plaras in 2017. The duo did not last for long. 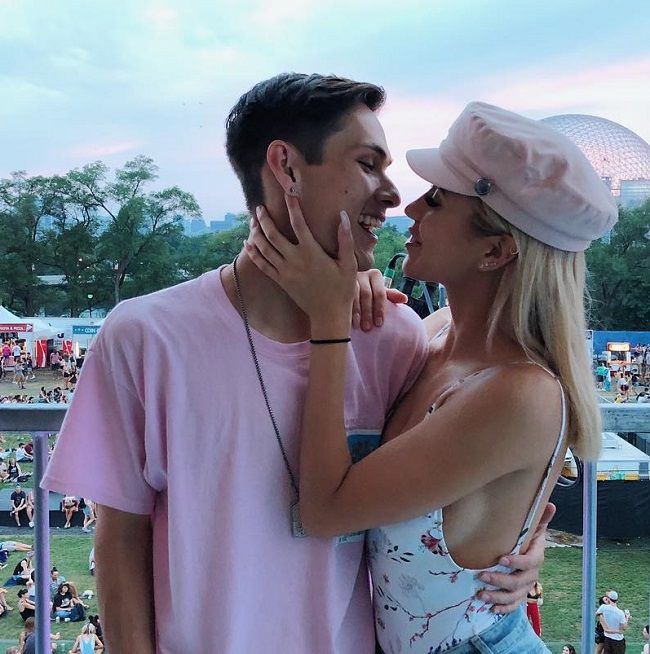 Being a social media personality, he has stuck into several scandals. Published on 13 October 2014, he is seen elbowing a fan aside when she gently requests a photo. He was also caught mocking his fans in a Livestream started by a friend. Similarly, he blurted off-screen ‘…I hate my fans, they’re so annoying, to the wonder of his friends on camera. Later he apologized on Twitter, claiming that he was being sarcastic.

Although in today’s world social media popularity is a big concern for a star and showing personal drama with fans has additionally become a fashion. But if not handled with care and awareness it might turn harmful to one’s career. The same thing occurred with Carter when a private video of the two stars was leaked. In June 2015, a video was leaked explicating him with his then-girlfriend Maggie. The X-rated video shows him trying to persuade Maggie to have sexual relations with him. His genitals are visible in the video and also heard saying “Do it” and “just pretend (the camera) isn’t there”. His ex-girlfriend responds “I don’t think I can”, repeating “I am uncomfortable”. The video stops with him saying “Oh my gosh, Maggie”.

In July 2015, he even got banned from attending VidCon and was allegedly pushed from his hotel. Likewise, even the VidCon co-founder Hank Green tweeted “Security removed him [Reynolds] from the hotel. He was not a welcomed guest.” Later continued, in reply to him “Sorry, that’s what I heard. In any case, we do need to ask that you not come back tomorrow.”

This 24-year-old handsome hunk Carter has a height of 5 feet 6 inches tall  (1.73 m) and weighs around 68 kg. He has a fit body physique with brown hair color and a pair of dark brown eyes.