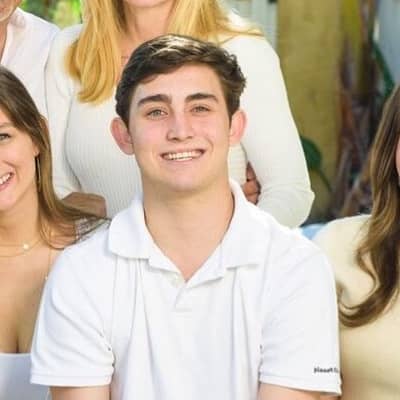 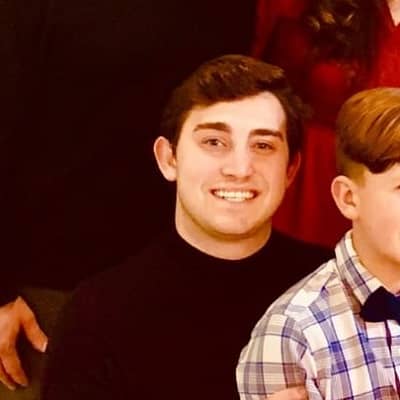 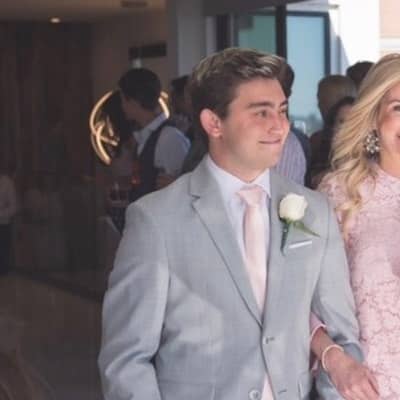 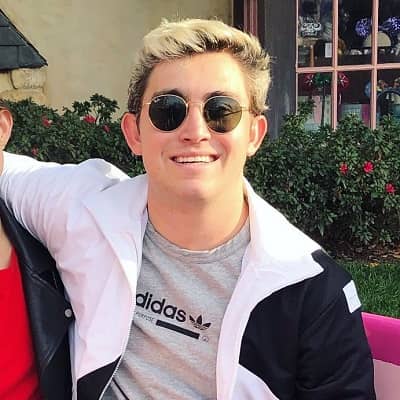 Carter Belfort is a prominent American celebrity kid. Carter Belfort is the son of a famous American author, motivational speaker, and former stockbroker – Jordan Belfort. Besides this, he is also famous as the Vice-President of Brand Development at Global Motivation Inc.

Carter Belfort’s date of birth is on August 15, 1995, in New York City. He is currently 25 years old. However, surfing through his mother’s Instagram, we found that he celebrates his birthday in mid-August.

Nevertheless, he is an honorary citizen of the United States. Regarding his educational journey, according to his LinkedIn profile, he studied at Los Angeles Film School.

Talking about his family, his parents are Jordan Belfort and his second wife, Nadine Caridi. His mother is a British-born model. At present, she has done a Ph.D. in Somatic Psychotherapy and specializes in Attachment Trauma, Shame & The Dark Tetrad.

Likewise, he has a sister named Chandler Belfort. She studied at NYU Steinhardt School of Culture, Education, and Human Development from the year 2017 to 2019. His grandparents are Leah Belfort and Max Belfort. Likewise, his uncle’s name is Robert Belfort. His full name is Carter James Belfort. 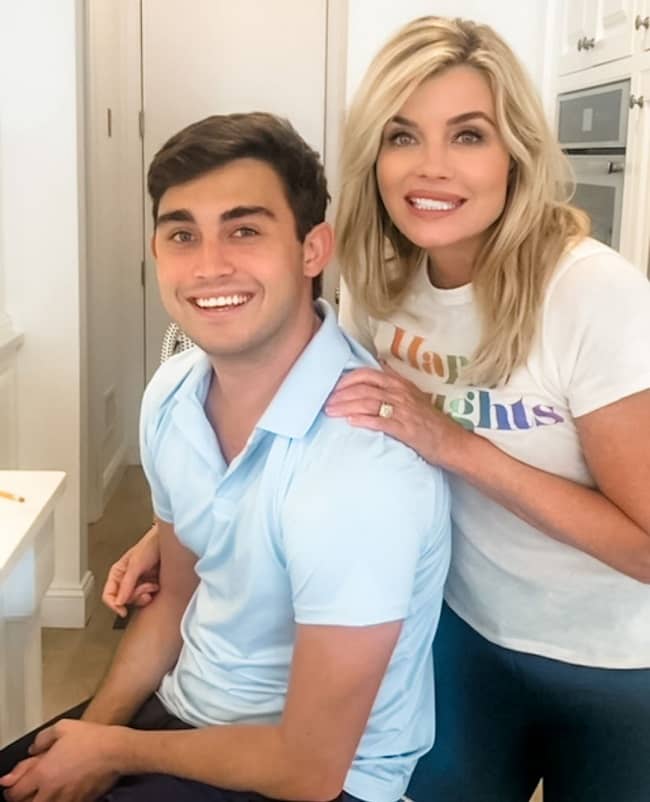 Carter Belfort posing for a photo with his mother. Source: Instagram

Carter Belfort is most popular as the son of Jordan Belfort. Besides this, he is also popular as the VP of Brand Development and his workplace is in Los Angeles, California, United States. This information is available in his LinkedIn profile. He is also a marketing specialist and strategic manager for the college recruitment division of Jordan Belfort’s Straight Line Solutions.

Moreover, he gained fame in the year of 2015. It was when he revealed his desire to follow his father – Jordan’s professional path as a stockbroker. He first became the strategic marketing specialist for his father’s venture, Global Motivation, Inc. in Los Angeles, California soon after completing his internships.

Later, he leveled up to the post of marketing specialist for two months at the same company, in the Beverly Hills Branch, California. Moreover, he is also a singer-songwriter. We can find his work on his Youtube channel “Out of Focus”. He has released two mixtapes namely “The Drunken Poet” and “Off The Soul”. 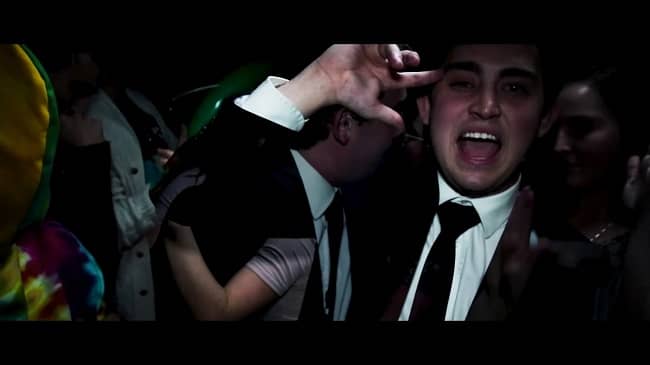 Carter’s father – Jordan is a popular American author, motivational speaker, and former stockbroker. Moreover, his father also gained fame as a convicted felon. His father – Jordan Belfort – pled guilty to fraud and related crimes in connection with stock-market manipulation and running a boiler room as part of a penny-stock scam. It was back in the year 1999.

Furthermore, his father spent 22 months in prison as part of an agreement. Under this agreement, his father gave testimony against numerous partners and subordinates in his fraud scheme. Jordan Belfort then published the memoir The Wolf of Wall Street in the year 2007. This was then adapted into a film with the same name. The film was released in the year 2013. Martin Scorsese was the director and Leonardo DiCaprio portrayed the character of Jordan Belfort for this movie.

Additionally, his father continued his autobiographical account in the book Catching the Wolf of Wall Street and he published in the year 2009 through Bantam Books. 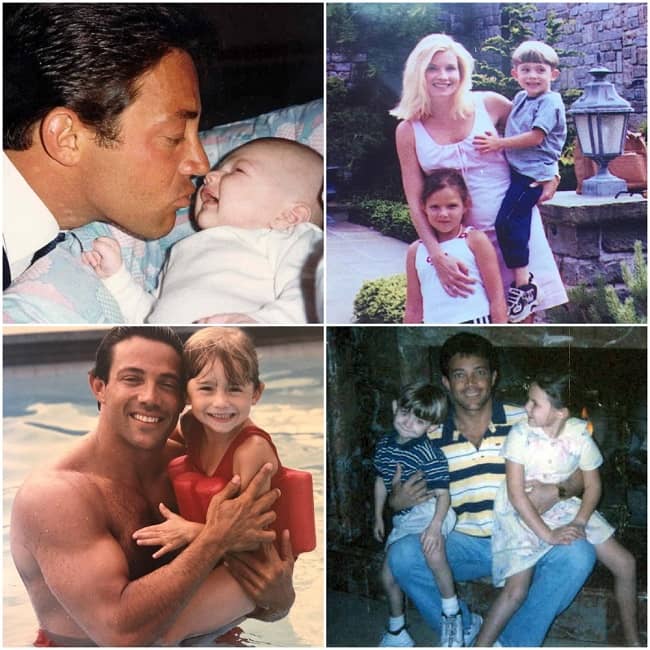 Carter Belfort in childhood photographs with his parents and sister. Source: Instagram

His father – Jordan Belfort has also given motivational speeches. It includes a tour of live seminars in Australia entitled The Truth Behind His Success in addition to other appearances. In a 60 Minutes interview regarding his new career, his father said about his previous life that his “greatest regret is losing people’s money”.

Jordan Belfort’s speaking engagements are run through his business Global Motivation Inc. As of 2014, he was spending three weeks out of each month on the road for speaking engagements. Jordan’s main theme for his speeches includes the importance of business ethics and learning from the mistakes that he made during the 1990s.

His father’s fees for each engagement speaking have been about $30,000–75,000. Likewise, Jordan’s per sales seminar fee can be $80,000 or more. Jordan’s main subject matter of his seminars is what he has called “Straight Line System”. It is a system of sales advice.

7News and The Sunday Mail led an investigation and uncovered links between his father – Jordan Belfort and employment company “Career Pathways Australia”. This company is run by Paul Conquest. Paul also has majority ownership of “Face to Face Training”. At Jordan’s workshops held at Brisbane’s Eatons Hill Hotel, these two brands were heavily promoted. His father also reportedly gave two workshops on Sales for the staff of Face to Face Training.

Furthermore, “Face to Face Training” received $3.9 million from the state government during FY-2014 and $6.34 million during FY-2015 for its training and assessment services. They expected the majority of this money to be spent on service training and certification. However, this did not happen. Then, 9 News Australia called the training program a scam and the certification program a “Tick Flick”. 9 News Australia revealed this in its 60 Minutes segment.

There is no information regarding Carter Belfort’s relationships and love affairs. Talking about his parents’ relationship status, Jordan and Nadine are no longer together. His parents met each other at a party. Back then, his mother was a Bay Ridge, Brooklyn-raised model.

His parents divorced and went their separate ways in the year 2005. Nadine’s claims for their divorce were domestic violence. Jordan’s problems with drug addiction and infidelity further fueled her claim. The two have two children together namely daughter Chandler and son Carter.

Prior to marrying Nadine, his father’s first wife was Denise Lombardo. However, the two had divorced already during the time Jordan Belfort was running the Stratton Oakmont business. At present, His father – Jordan Belfort – is in a romantic relationship with actress Cristina Invernizzi. Similarly, His mother’s present husband is Frankie Macaluso. From this marriage, Nadine has two children namely Nicky Macaluso and Allie Macaluso. 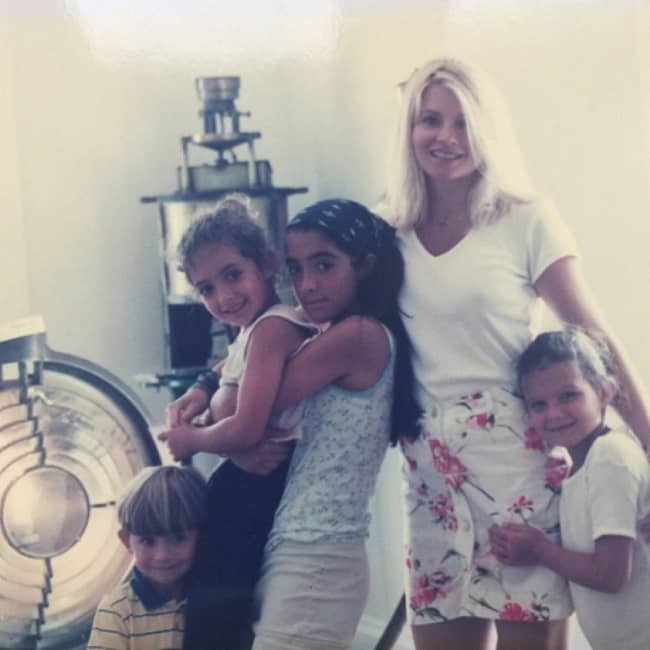 Carter Belfort in a childhood photograph with his mother and sisters. Source: Instagram

There is no information regarding Carter Belfort’s body measurement details like his height, weight, chest-waist-hip measures, dress size, shoe size, etc. Moreover, he has brown hair and hazel eyes.

He is available on Instagram under the username @theedrunkenpoet. He also has another Instagram profile under the username @carter.belfort. But only his followers can view his posts. Likewise, he has a Youtube channel called “Out Of Focus”. He created this channel on October 5, 2018. However, he doesn’t seem to be active on other social media platforms like Twitter, Facebook, etc.

He sometimes features on his father’s social media and podcasts. Jordan is available on Instagram under the username @wolfofwallst. Likewise, his sister goes by @chandlerbelfort and his mother goes by @drnadinemacaluso on Instagram.