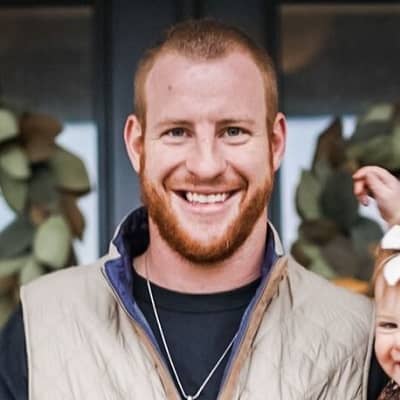 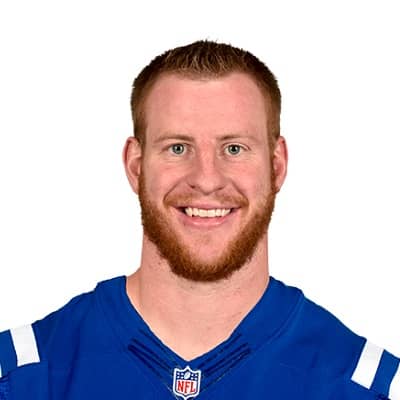 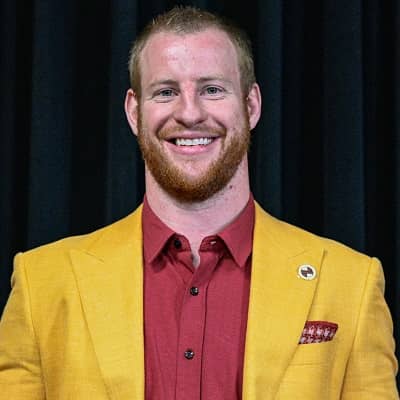 Carson Wentz is a young and talented American footballer. Carson Wentz currently plays as a quarterback for the NFL team Washington Commanders.

Carson Wentz was born on 30 December 1992 and he is currently 29 years old. He hails from Raleigh, North Carolina, and his zodiac sign is Capricorn.

Later on, his family moved to North Dakota when he was only three years old. His parents are his mother Cathy Domres and his father Doug Wentz.

Regarding his education, this personality attended Century High School which is located in Bismarck, North Dakota.

There, this person played quarterback and defensive back for the school football team. Additionally, he played basketball and baseball for the Patriots as well.

He graduated high school in the year 2011 as valedictorian of his class. Moreover, he attended North Dakota State college from 2011 to 2015.

Professionally, Carson Wentz is an American footballer. He plays as quarterback for the National Football League (NFL) team Washington Commanders.

Philadelphia Eagles selected this athlete in the 2nd overall in the 2016 NFL Draft. This made this athlete the FCS’s highest-drafted player.

Moreover, this American footballer’s most successful season was in the year 2017. This was when Wentz led the Eagles to an 11–2 record. 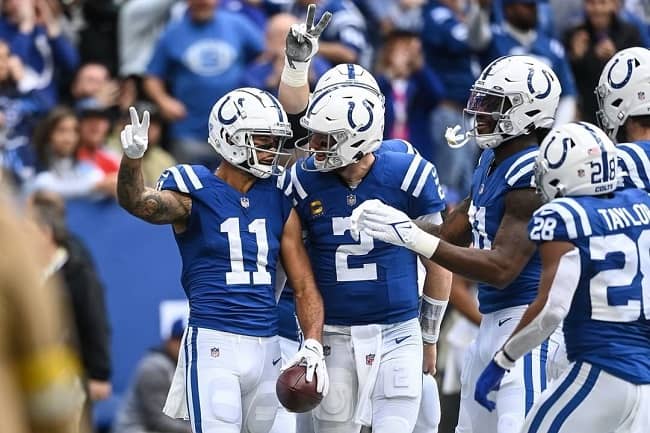 Caption: Carson Wentz with his teammates during a game. Source: Instagram

However, the athlete suffered a season-ending injury. Nevertheless, the footballer helped put the Eagles in a position to obtain the top seed of the National Football Conference (NFC).

This culminated with the franchise’s 1st Super Bowl title in Super Bowl LII.

Additionally, this athlete earned Pro Bowl and 2nd-team All-Pro honors. Similarly, this football quarterback helped bring Philadelphia back to the playoffs during his next two seasons.

However, the athlete’s further injuries limited his participation. Later on, his team traded Wentz in the year 2020 to the Indianapolis Colts.

Wentz spent only one season with the Colts before he was traded to Washington Commanders recently in the year 2022.

Furthermore, this football quarterback founded the AO1 Foundation in the year 2017. The next year, i.e. 2018, the athlete helped build a sports complex in Haiti.

Also, this football quarterback is an avid hunter and he frequently visits his home state of North Dakota.

Carson Wentz stands tall at an approximate height of 6 feet 5 inches or 1.96 meters and his weight is around 240 lbs or 109 kg.

During his high school freshman year, Wentz was only 5 feet 8 inches or 1.73 meters but he grew up exponentially to 6 feet 5 inches or 1.96 meters by his senior year.

Moreover, this athlete has mesmerizing green eyes and auburn hair. 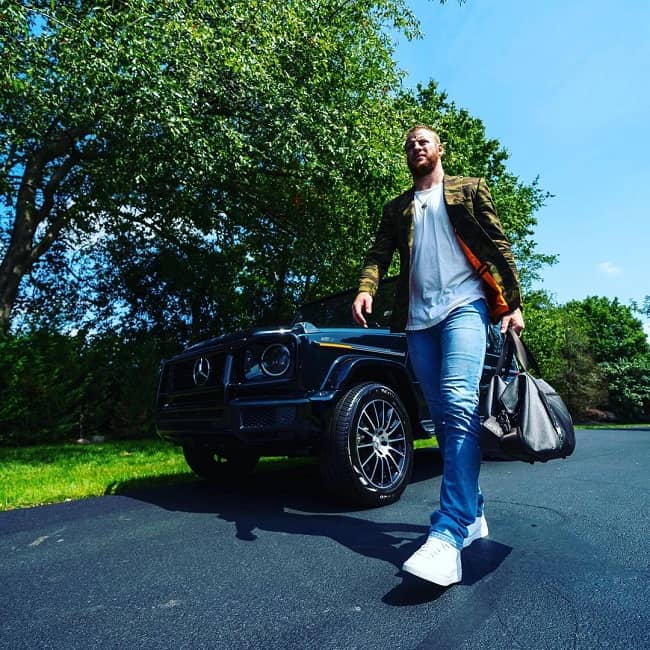 Talking about his social media presence, Carson Wentz joined Twitter in August 2009 and so far has more than 1 million followers on his @cj_wentz account.

Likewise, he is available on Instagram under the username @cj_wentz11 and so far has over 1 million followers as of April 2022. 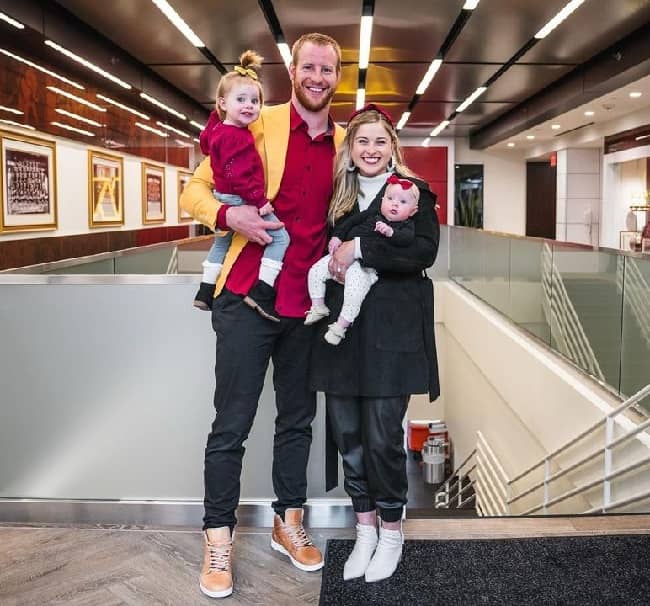 Caption: Carson posing for a photo with his family. Source: Instagram

Carson Wentz is a happily married man and his wife’s name is Madison Oberg. The lovely couple tied the knot on 16 July 2018.

Prior to this, the couple shared the news of their engagement only 2 days after the Eagles’ victory in Super Bowl LII.

Moving on, this football quarterback has a net worth of $45 million US dollars.