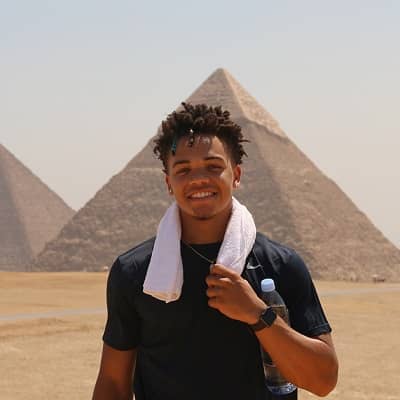 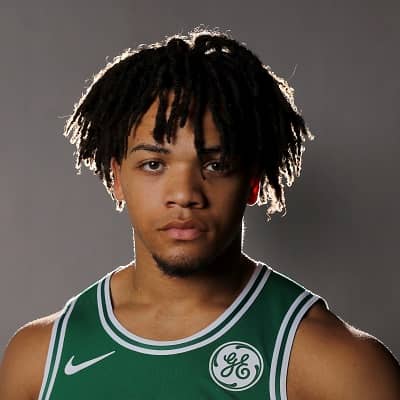 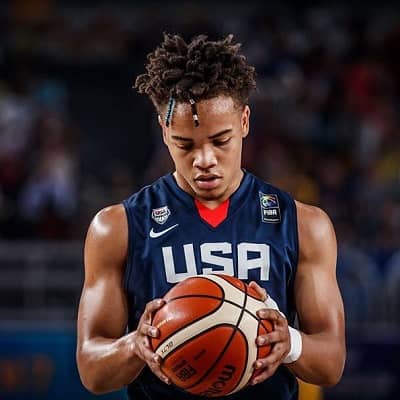 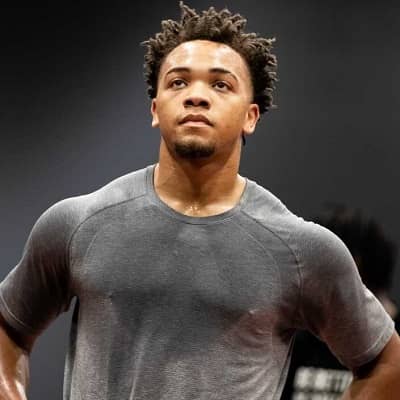 Carsen Edwards is a young American NBA basketball player. Carsen Edwards is famous as the point guard who currently plays for Boston Celtics since 2019. He previously played for the Maine Celtics/Maine Red Claws from 2019-2020.

Carsen Edwards was born on March 12, 1998, and he is currently 24 years old. Carsen hails from Houston, Texas, and his zodiac sign is Pisces. Likewise, his full name is Carsen Cade Edwards.

Talking about his educational journey, Carsen attended Atascocita High School. As a sophomore, Carsen played both basketball and football. However, he focused on basketball later on.

As a junior, Carsen was named “Player of the Year” by the Houston Chronicle. Then in his senior year, Carsen led his school with averages of 26.3 points, 5.1 assists, and 4.9 rebounds per outing.

This subsequently earned the school MaxPreps All-America Fourth Team and first-team All-State honors. Further, Carsen was also rated as a four-star recruit. Then ESPN, Rivals.com, and 247Sports.com ranked him #88 in the Class of 2016. 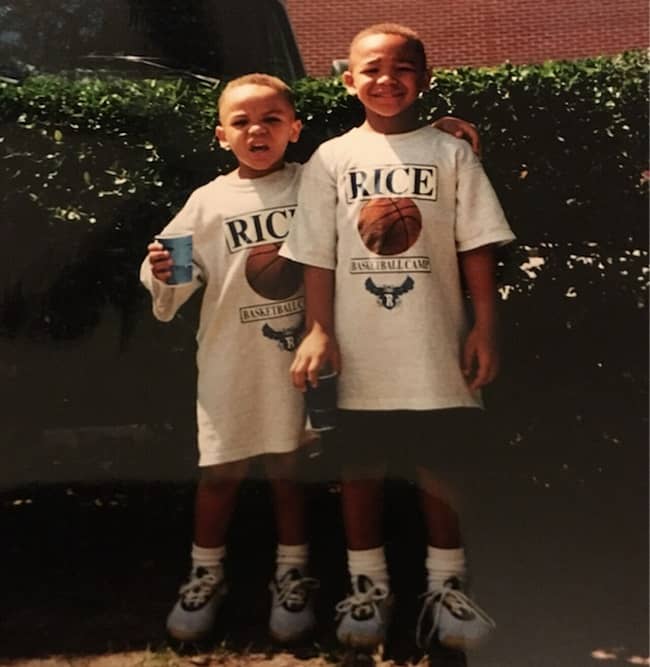 Caption: Carsen Edwards in an old photograph with his brother. Source: MassLive

Carsen Edwards’ listed height is 5 feet 11 inches or 1.80 meters and his listed weight is 200 lb or 91 kgs. Likewise, Carsen’s wingspan is 6 feet 6 inches while playing basketball. The young basketballer has dark brown eyes and curly hair of the same color. 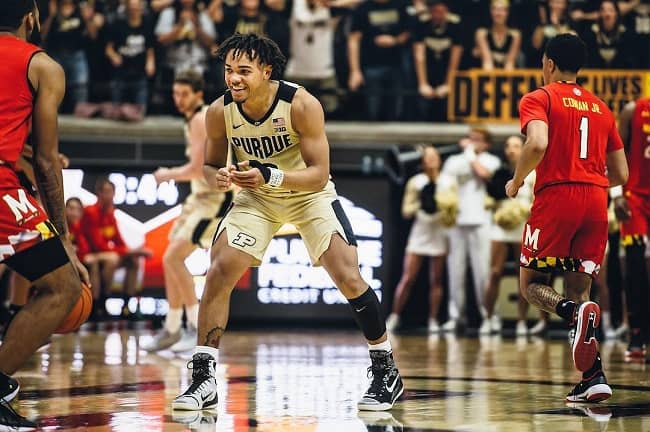 Caption: Carsen Edwards was captured while playing for Purdue in 2018. Source: Instagram

Professionally, Carsen Edwards is a basketball player for the Boston Celtics. His team plays for the National Basketball Association (NBA).

Likewise, Carsen played college basketball for the Purdue Boilermakers. During his time with Purdue, Carsen was named an All-American two times.

As a freshman at Purdue, Carsen made an immediate impact. He appeared in all 35 games and averaged 10.3 points. The talented player was also the only freshman in the Big Ten Conference to complete the 2016-17 season.

He made at least 45 three-pointers and 35 steals. Then on February 22, 2018, Carsen scored 40 points by shooting 11 for 19 from the field. This was the then-career-high shooting point.

As a sophomore, Carsen was named to the First Team All-Big Ten. He also led Purdue to a school-record 30-win season. Likewise, Carsen received national recognition after he won the Jerry West Award as the top shooting guard in the nation.

At the end of the season, Carsen declared for the 2018 NBA draft without hiring an agent. After participating in that year’s NBA Draft Combine, Carsen returned to Purdue.

On September 25, 2018, the young professional basketball was named the “Blue Ribbon Yearbook Pre-Season College Basketball National Player of the Year”.

Then on January 31, 2019, Carsen made a then school-record eight three-point shots in a winning game against Penn State. Likewise, the United States Basketball Writer’s Association (USBWA) named Carsen the “All-American Second-Team”. 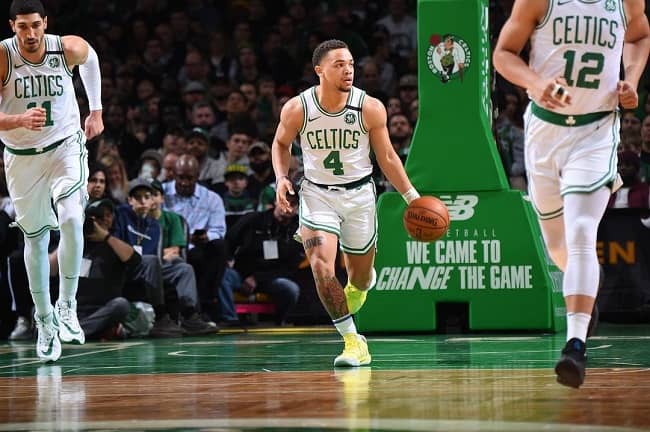 Caption: Carsen Edwards was captured during a tournament. Source: Instagram

In the Elite Eight, Carsen came into the national spotlight against Virginia. The young basketballer broke the previous record that he had set the previous week. Carsen ended up scoring 42 points.

It was the player’s 2nd career-high in the last three games. At the end of Purdue’s run, Carsen was named the “Most Outstanding Player in the South region”.

In the 2019 NCAA tournament, Carsen broke many records. The young basketballer is also all-time 3rd place in most 25-point games in a row in the NCAA tournament. His score tyes with the NBA player Stephen Curry with 5.

On June 20, 2019, the Boston Celtics drafted Carsen with the 33rd overall pick in the 2019 NBA. This was after the Philadelphia 76ers traded his draft rights. The young basketballer played for the Celtics during the 2019 NBA Summer League season.

Then on July 14, 2019, the Celtics announced that they had signed Carsen. Subsequently, on October 23, 2019, Carsen made his debut in NBA. The young player scored a career-high 18 points.

It was in the winning game against the Washington Wizards on November 13, 2019. Further, on February 6, 2020, Carsen was re-assigned to the Red Claws.

The young basketballer was named to the roster of the US national team. It was for the 2017 FIBA Under-19 Basketball World Cup that was held in Egypt. The team won a bronze medal from this tournament.

Moreover, Carsen was also named to the roster of the US national team once again. This time, it was for the 2017 Taipei Universiade. The team won a silver medal from this game. 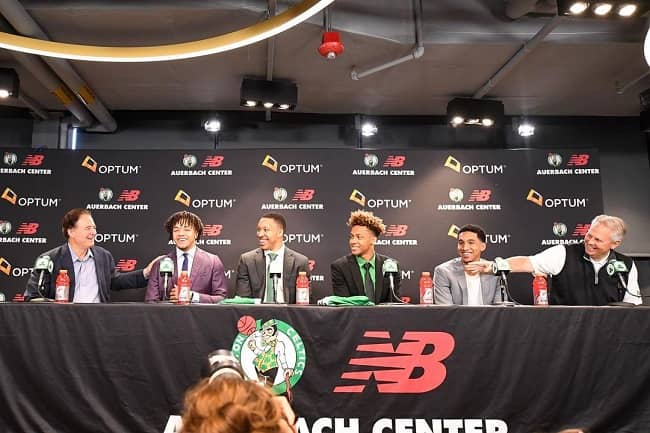 Carsen Edwards is most probably single at present. The young basketball player has not shared any social media posts that indicate his relationship status or love affairs.

Moreover, the young player also might be more focused on his career rather than involving in affairs. Nevertheless, when the time is right, Carsen is sure to attract many lovers with his talent, handsomeness, and charms.

Talking about his social media presence, Carsen Edwards joined Twitter in April 2013 and so far has over 60.5K followers on his @cboogie_3 account. Likewise, he is available on Instagram under the username @cboogie_3. So far, this account has earned over 294k followers.

Other than this, the young basketball player doesn’t seem to have an official account on other platforms like Facebook, Tiktok, Youtube, etc. Moving on, Carsen has a net worth estimation of around $1 million to $5 million US dollars.