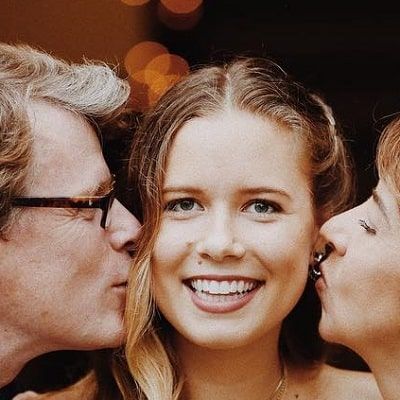 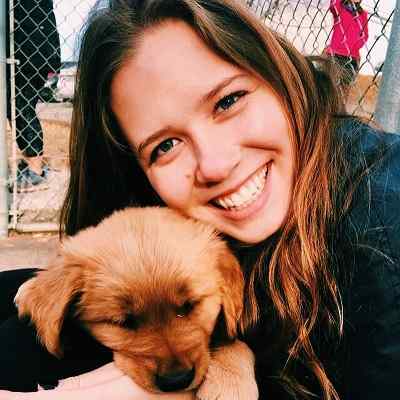 Caroline Sartorius was born on May 28, 1997, and she is currently 23 years old. Talking about her family, she has a brother named Jacob Sartorius. Jacob is also a social media personality who has dated the Stranger Things star, Millie Bobby Brown. Likewise, her parents run the government consulting firm Social Impact. The family also has a cat named Prince and going through her posts, it looks like she also has pet dogs.

Though she has not shared her parents’ full names, she did mention in one of her posts with her parents that their names are Pat and Rolf. Talking about her educational journey, she was a cross-country runner at South Lakes High School in Reston, Virginia. She then attended Wake Forest University in 2015 and transferred to the University of Virginia in 2017. Later in 2019, she graduated from the University of Virginia.

Caption: Caroline Sartorius with her parents in a past and present photo. Source: Instagram

Talking about her social media presence, Caroline Sartorius goes by @carolinesartorius on Instagram. Her account boasts 229 post shares and over 370k followers at the time of preparing this biography. She doesn’t seem to be available on other social media platforms like her brother.

Caroline Sartorius is an Instagram star. She enjoys traveling around the world, and hence, she frequently posts Instagram photos from her travels on her account. Her account has earned over 370,000 followers. Her oldest post at present was posted on 1 August 2017 and it was she mirror selfie of herself. At present, her account boasts over 220 posts.

Similarly, she bagged a Daily Point of Light Award. It was for her philanthropic work during a project in the Dominican Republic. Through the project, she helped Haitian children stricken with poverty. She raised over $9000 after initiating a fund-raiser for those in need. Her concern for the less fortunate people and the way she uses her popularity to help others make her truly special.

She loves traveling and often shares photographs of her adventures and sojourns to various parts of the world. The fact that she is also a humanitarian makes her persona even more appealing to the fans. She is yet to endorse brands. 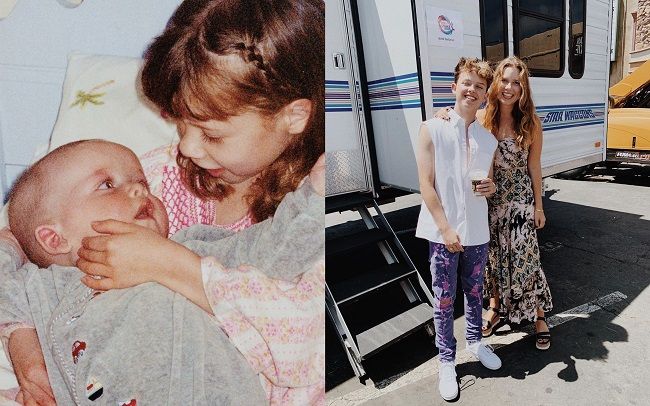 Caption: Caroline Sartorius with her brother, Jacob, in a past and present photo. Source: Instagram

Caroline Sartorius is most probably single at present. She has not shared much information regarding this issue. Likewise, she has also not shared any social media posts that might indicate her current relationships or affairs.

She stands at a height of approximately 5 feet 4 inches and weighs around 56 kg. Other than these, her dress size, shoe size, chest-waist-hip measures, etc are still under review. Likewise, she has blue eyes and blonde hair color. Caption: Caroline Sartorius posing for a photo while in New York. Source: Instagram

Likewise, her net worth is still under review. She mostly earns through her social media involvement alongside other income-generating activities.