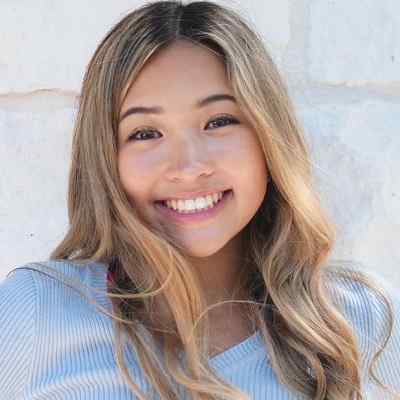 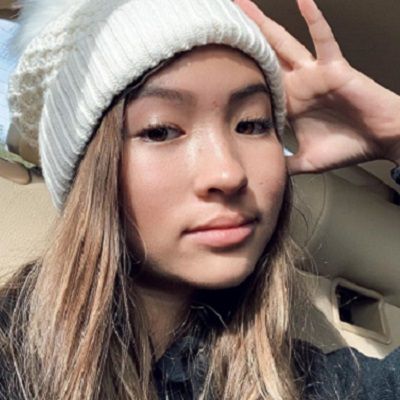 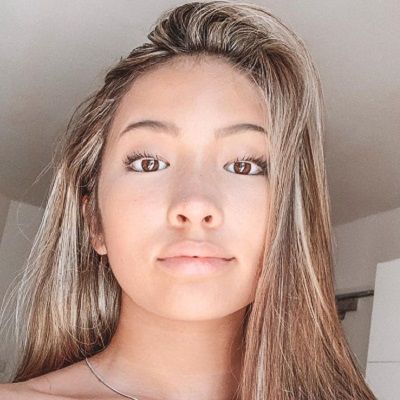 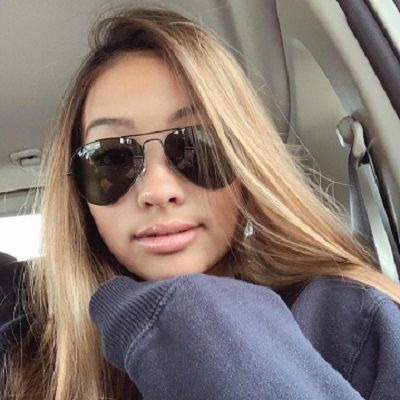 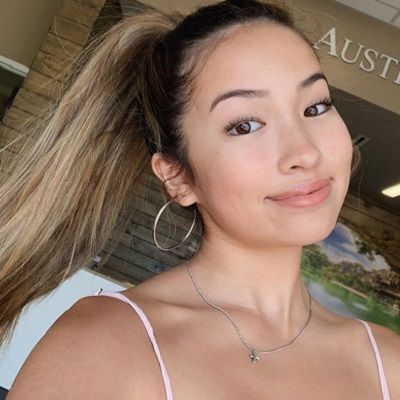 Caroline Manning is a popular American singer, songwriter, and social media personality. Caroline Manning is well known for posting songs, vlogs, pranks, and makeup tutorials on her self-titled YouTube channel which has thousands of subscribers.

Caroline Manning came to this beautiful world on March 23, 2004, in the USA. She turns 17 years old as of 2021 and her zodiac sign is Aries. She is of Vietnamese, Irish, Canadian, Scottish, Chinese, American, and English ethnicity. Her mother was born in Vietnam, while her father was born in the United States. She grew up in Austin, Texas, along with her sister Catherine. Moreover, she is of Catholicism religion.

She is close to her sister Catherine. Caroline often features her on her YouTube videos and loves hanging around with her. Apart from featuring Catherine, she also posts videos featuring her parents. Her mom was featured in a video called “I dyed my mom’s hair.” Her dad was seen in “DAD GUESSES MAKEUP PRICES!! – *HILARIOUS*.”

She likes spending time with her best friends, Piper, Ella, and Paige, and together they are called ‘The Pepsi Squad.’ Apart from singing, Manning can play the guitar and piano. She also can dance and was part of a cheerleading team at school. Chlorine loves traveling and has been to many holiday destinations across the United States. She currently lives in Austin, Texas, USA. 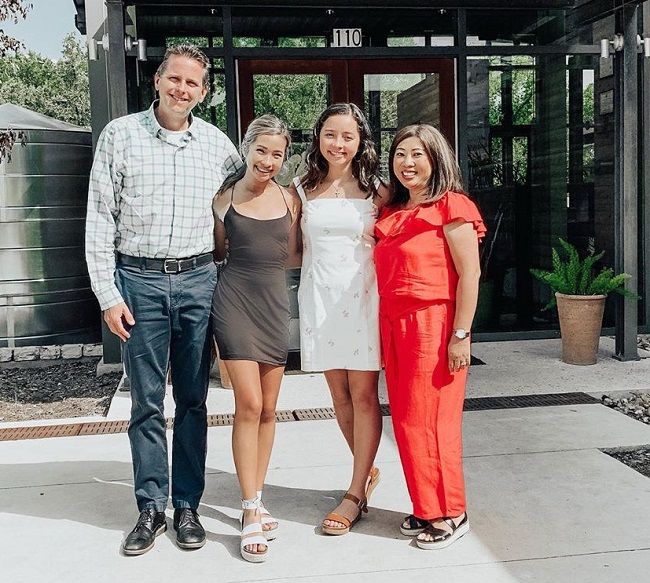 Caroline is a vlogging personality on YouTube also known for her songwriting videos. She developed a passion for singing and songwriting at a young age. She started singing at the age of six and took part in a talent show at the age of seven. Caroline posted a GRWM video in which she was getting ready for high school cheer tryouts. Moreover, she posted a video called “A VIDEO FOR KKandbabyJ.”

Though she has been appearing on YouTube since 2012, she had not realized the significance of posting YouTube videos until 2017. She created another channel on December 26, 2017, and started posting vlogs and challenges among other interesting videos. Her fame increased when she started posting songs on her self-titled channel. Apart from posting covers of popular songs, she started sharing original songs that caught the attention of many.

Consequently, her channel started gathering many views and subscribers. Some of the most viewed videos on her channel include ‘Sister Reacts to Song I Wrote for Her,’ ‘Dear Boys/People at my school,’ ‘Dear Person That Broke My Heart,’ and ‘Dear Girls/People at my school.’ Apart from being famous on YouTube, Caroline Manning is also popular on Instagram. Her Instagram page, where she posts interesting pictures. Furthermore, She also has an online merchandise store that sells hoodies and unisex T-shirts.

Some more most-watched YouTube videos are ‘4:35 am school morning routine’, ‘dear sister leaving for college *will make u cry*’, ‘dear teachers at my school (original song)’, ‘dad writes a song that I sing.. (love song for my mom)’, ‘:35 am to 7:45 pm day in the life routine | sophomore in high school’, ‘7:45 pm school night routine’, ‘the word of god (original song) – caroline manning’, and many more. 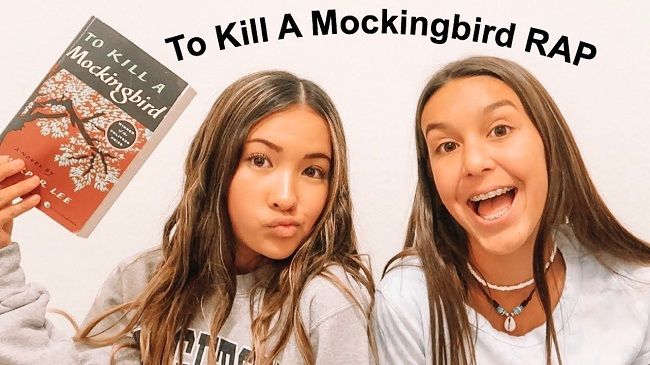 She hasn’t won any of the awards or got nominated yet. However, there is no information about her achievement and with her gifted talent, she could win many awards in the near future. She is still in her growing phase and no wonder she receives a number of awards in her upcoming days.

Talking about her incomes and net worth, she surely earns a certain amount of money through her profession. She has not publically announced her net worth yet. But some online sites estimates her net worth at around $847K. Her YouTube channel has published 315 videos which all together add up to more than 70.6 million views. Caroline Manning creates on average 11 new videos every month. As per her salary, it is unknown and her source of income is through a social media platform.

Caroline is probably single at the moment. She has not shared any information related to her dating history. It is unknown if she has ever romantically involved in any kind of relationship or not. She might have been in some relationship but she has not mentioned any of them. Further, she has maintained a very good profile by staying away from rumors and controversies.

Beautiful Calorine has a height of 5 feet and weighs around 45 Kgs. She has an attractive personality and has maintained a good body structure. She has got blonde hair and a pair of brown eyes. Furthermore, there are more details regarding her body measurements. 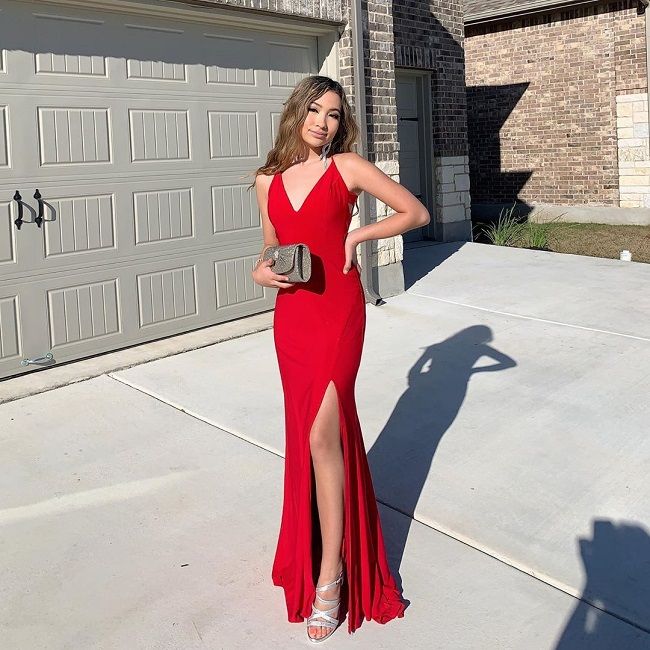 She is active on different social networking sites. Her ‘@carolinemanning’ Instagram account has earned over 154K followers. She is also active on TikTok under the username ‘@officialcarolinemanning’ with more than 209.5K followers and more than 7.1 million likes. And her self-titled YouTube channel has gained over 1.14 million subscribers. Further, she has also shared her Gmail, [email protected], for business inquires.