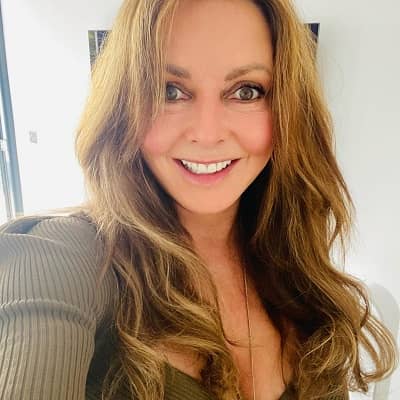 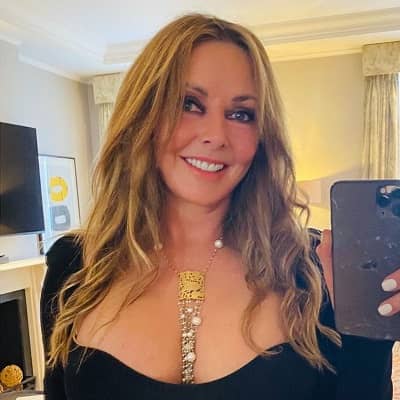 Carol Vorderman was born on 24th December 1960 and is currently 60 years old. Her zodiac sign is Capricorn. Likewise, she was born in Bedford, Bedfordshire, England, and holds British citizenship. Talking about her ethnicity and religion, Carol belongs to a mixed ethnic group and is a Catholic. Regarding her family members, she is the youngest daughter of Dutch father Anton ‘Tony’ Vorderman and Welsh Mother Edwina Jean.

She has a brother and a sister named Anton and Trixie. Her parents separated three weeks after her birth, and her mother took the children back to her hometown of Prestatyn, Denbighshire, North Wales. Vorderman’s mother married Italian immigrant, Armido Rizzi in 1970, but separated ten years later. Similarly, her father also remarried, however, his wife died in the early 1990s. Carol did not see her father until she was 42.

Furthermore, talking about her educational background, Vorderman started her education at St Mary’s School nearby Rhyl. She then attended Blessed Edward Jones Catholic High School in nearby Rhyl, Flintshire. In 1981, she graduated from Sidney Sussex College, Cambridge with an engineering degree.

After graduating, Carol started working as a junior civil engineer at Dinorwig Power Station in Llanberis, Wales. She later moved to Leeds to become a graduate management trainee at an electric retailer. During her spare time, she was a backing singer with friend Lindsay Forrest in the Leeds-based pop group Dawn Chorus and the Blue Tits, fronted by radio DJ Liz Kershaw during the early 1980s.

In 1982, Carol’s mother noticed a newspaper advertisement asking for a woman with good mathematical skills to appear as co-host for an upcoming television show and submitted an application on her behalf. Likewise, from November 1982, Vorderman began her television career as a co-host on Countdown from the show’s inception until 2008. Initially, her contribution was the number game and formed part of a five-person presentation team.

Carol worked part-time in the Information Services Department of the UK Atomic Energy Authority during the mid-1980s and was involved in the production of in-house video programs. Later, from 1987 to 1989, she worked as the co-presenter of BBC One Show, Take Nobody’s Word for It. By this time, Vorderman’s responsibilities in Countdown increased. Soon, she was made a co-presenter alongside the main presenter Richard Whiteley. 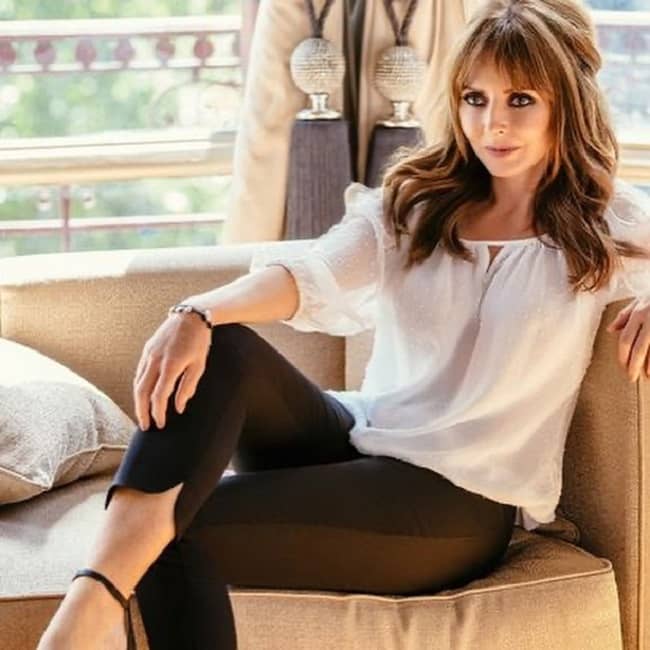 After Richard Whiteley’s death in 2005, Carol was offered the post of the presenter on Countdown. Although, she declined the offer, continuing as co-presenter; in 2008 she stepped down to a disagreement over the terms of the contract.

During 2011, she guest presented 15 episodes of Lorraine. The same year in September, she was appointed a presenter for a live show Loose Women until 2014. Likewise, in 2014, she appeared as Zoe in two episodes of WIA. Later in 2017, she appeared in Missing Crown Jewel as Agent E.

She also started writing and publishing books. The first book published in 1999 was Maths Made Easy: Ages 6-7. Key stage 1. Her bestselling book, Detox For Life: The 28 Day Detox Diet and Beyond was published in 2001. Similarly, she published several school textbooks under her name including Math Made Easy, English Made Easy, Science Made Easy, and How to Pass National Curriculum Maths. Furthermore, she also wrote several columns in the newspaper and books.

Besides media, Vorderman has business ventures. She launched a number of Sudoku products. Likewise, she has launched a brain-training game called Caro Vorderman’s Mind Aerobics together with BSkyB in March 2007. The same year, she also released a video game, Caro Voderman’s Sudoku for PlayStation 2 in the United States. After leaving Countdown, Carol announced a new commercial venture, her own property development, and sales company, Caro Vorderman’s Overseas Homes Ltd.

Talking about her net worth and earnings, Carol is a media personality who is best known for hosting the game show Countdown. Moreover, she is an author and a businessperson. Likewise, she has earned quite an impressive amount from her career and has an estimated net worth of $10 million. 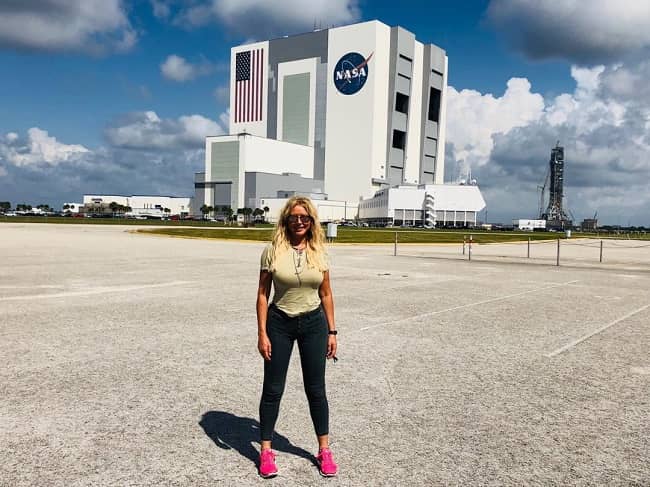 Talking about her achievements, Carol was honored as a Member of the Order of the British Empire(MBE) for “services to broadcasting” during the Queen’s Birthday Honours in June 2000. Likewise, in 2006, she received an Honorary Degree (MA) from the University of Bath. Moreover, Vorderman was voted UK Female Rear of the Year in 2011. In 2014, she became the first celebrity to win the award twice.

Regarding her relationship status, Vorderman is straight and single at the moment. However, she was married twice. Her first marriage was in 1985 to Christopher Mather, a Royal Navy officer, but the marriage lasted only a year. Later, in 1990, she married Patrick King, a management consultant. The couple had two children, Katie (born in 1992) and Cameron (born in 1997). Although, she divorced in 2000.

At a Christmas party in 1999, Vorderman met Des Kelly with whom she lived together in London from 2001. However, they got separated after five years in December 2006. Carol publicly announced the amicable split in January 2007.

The charming media personality has a height of 5 feet 5 inches and weighs 55kg (121lbs). about other body measurements, her vital stats (chest-waist-hips) are 35-27-35. Her dress size is 6 and wears the shoe size of 10(US). Looking at her physical appearance, Carol has fair skin with beautiful light brown eyes and brown hair. 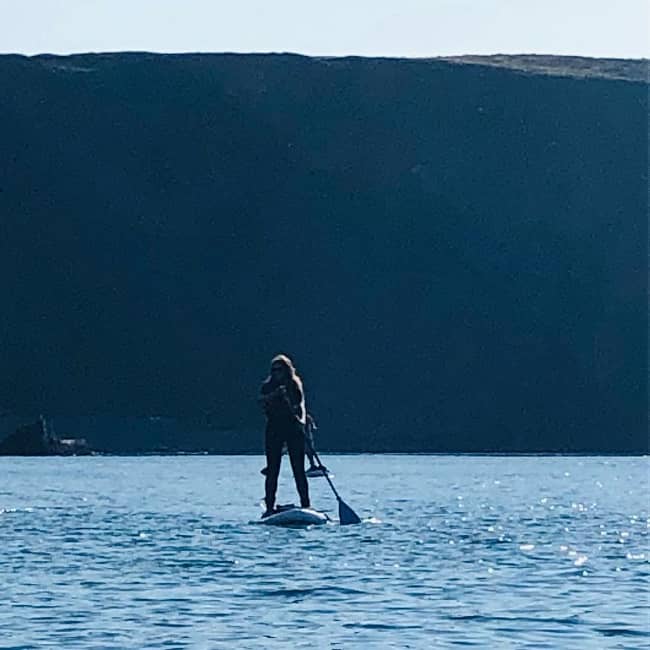