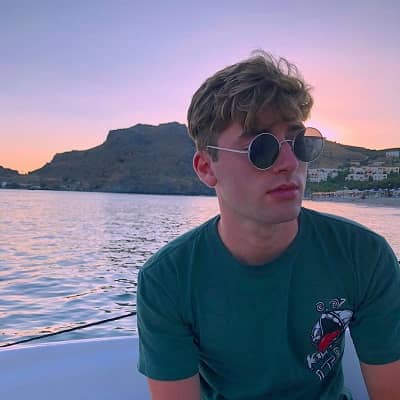 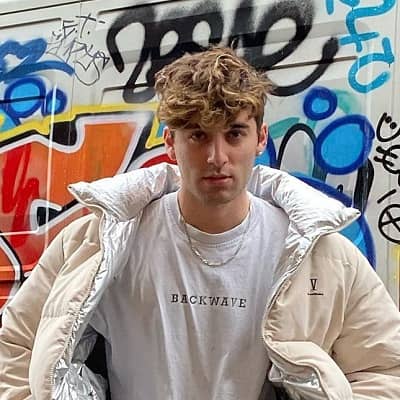 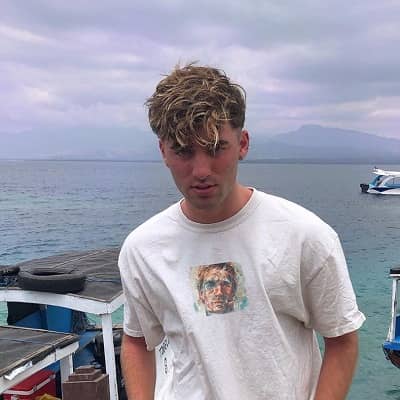 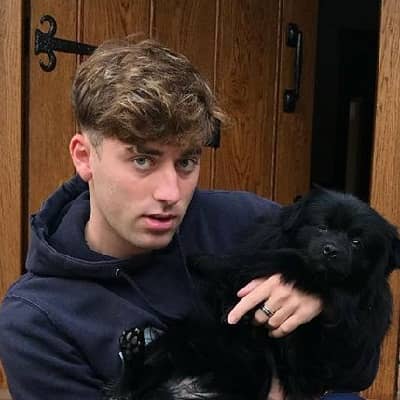 Carmie Sellitto was born on September 23, 1998, and he is currently 22 years old. Carmie is a citizen of England and is originally from Hampshire. Likewise, Carmie’s zodiac sign is Libra. Talking about his family, Carmie has two sisters. Other than this, Carmie has not revealed information regarding his parents and other family details.

He loves listening to music by Drake, Tayyib Ali, Skepta, and Kyle. Likewise, Carmie graduated from a local college but details regarding this matter are not available a present. Currently, Carmie Sellitto resides in London. 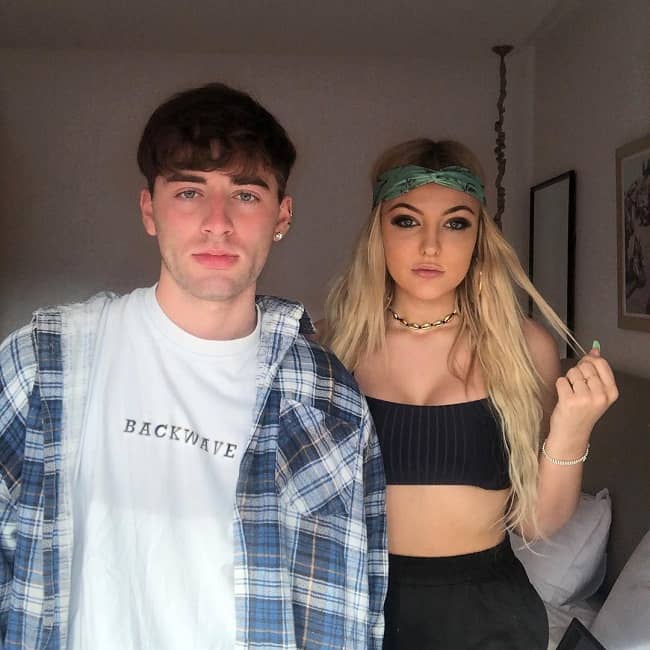 Caption: Carmie Sellitto posing for a photo with his sister. Source: Instagram

Professionally, Carmie Sellito is a social media personality. He is popular online as “touchdalight”. Carmie is a video content creator who makes sarcastic and random videos for his subscribers’ enjoyment. In November 2017, he joined the web group called “The Social Climbers”.

Furthermore, Carmie joined the YouTube world on 29 January 2012, as “touchdalight”. Three days later, Carmie published his first video called “Don’t Watch This“. His YouTube channel has accumulated over 688,000 subscribers. Moreover, Carmie cites YouTubers like Jana Vlogs and Joe Sugg as some of his favorites.

Carmie Sellito runs two YouTube channels “touchdalight” and “TouchdalightVlogs” respectively. On his main channel, Carmie posts sarcastic and random videos while his second channel features general vlogs. In addition to this, Carmie is also popular on Instagram and Twitter.

Talking about the popularity of the video content creator’s channels, Carmie’s primary channel has contributed greatly to the success of his career as a YouTuber. With over 650k subscribers, this channel has garnered more than 80 million views as of now.

His second channel has over 102k subscribers and more than 4 million views. On a personal note, Carmie is an extremely crazy and funny guy. He likes to share his joy with others and that’s why he loves making videos for his subscribers’ enjoyment and entertainment.

Carmie Sellitto launched his main channel “touchdalight” on 29 January 2012. Since then, he has been sharing sarcastic videos, storytimes, and other crazy videos on the channel. He started with a video titled ‘don’t watch this’ and then went on to post more random videos. To date, Sellitto has over 309 videos on this channel.

Some of his most popular videos are Guess her age challenge, I Got Roasted by an ASMR YouTuber, and I got my first tattoo and I hate it. While the first video is a challenge-based one, the latter two depict interesting experiences that happened to the Youtuber himself.

He launched his second channel “TouchdalightVlogs” on 25 October 2011. It features dozens of videos related to the video creator’s private life. On this channel, Carmie posts a range of vlogs, from luxury apartment tours to travel diaries. 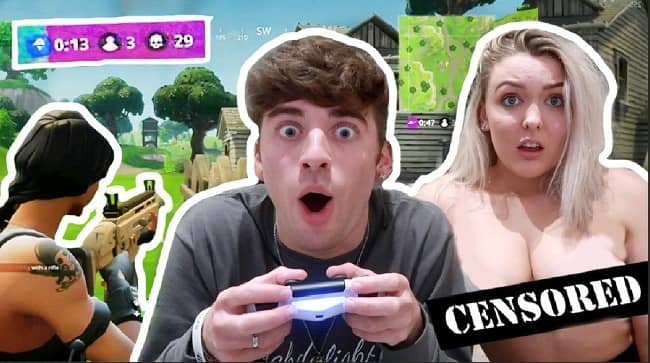 Caption: Carmie Sellitto in the video that landed him on a very serious controversy that even involved the police! Source: Youtube

On 11 April 2018, Carmie posted a video entitled 1 KILL = REMOVE 1 CLOTHING WITH MY 13-YEAR-OLD SISTER!! He received a lot of backlash for it on social media for allegedly posting child pornography in a public forum. People also mentioned that Carmie was a YouTube partner. Also, a part of the reason for the outrage was because Carmie was trying to gain views and make money by broadcasting the idea of stripping underage girls.

Reports show that the girl in the thumbnail and the video is not his sister and is not 13 years old. Rather, the girl’s name is Millie T and was 17 years old when the video was uploaded. Carmie received a lot of backlash for posting the video. People even reported this incident to the police and they came to his house to investigate the incident.

Carmie later apologized and admitted that he was trying to make a few clickbait videos to gain popularity on YouTube. In his apology, Carmie said that he regretted what he did and that his “humor is messed up.”

Carmie Sellito is in a romantic relationship with fellow YouTuber Kate Elisabeth. The lovers started dating in August 2018 and recently celebrated their 2nd Anniversary. They have appeared on each other’s channels too and they often feature each other on their respective Instagram posts. Prior to Kate, Carmie might have dated a few people and he has shared a handful of videos on his main channel in which he has discussed his past relationships, crushes, etc. 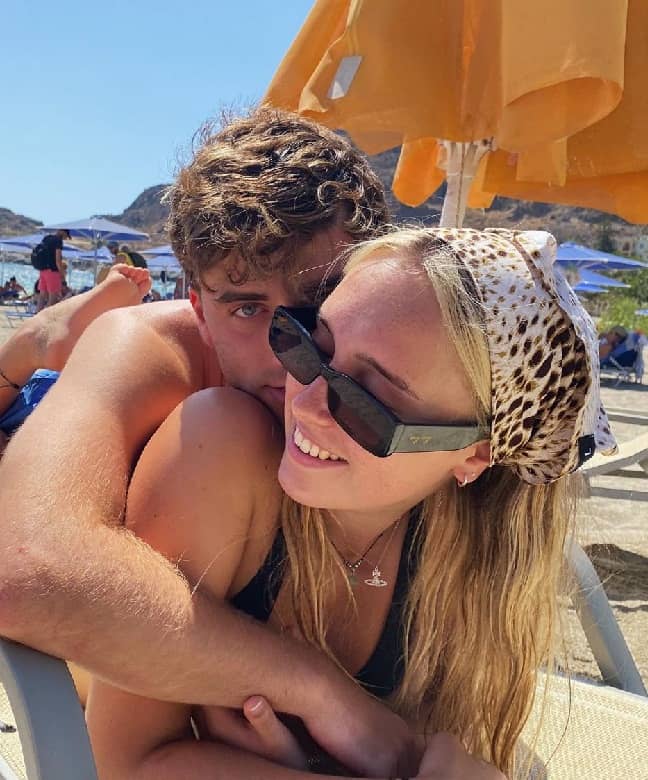 Caption: Carmie Sellitto enjoying his time sunbathing together with his lover Kate Elizabeth on a beach. Source: Instagram

Talking about his social media presence, Carmie Sellito joined Twitter in October 2011 and so far has over 133.4K followers on his @touchdalight. Likewise, he goes by @touchdalight on Instagram. This account boasts 627 posts shares and over 220k followers to date. Carmie is also available on Snapchat under the username @carmie_sellitto.

Talking about his Youtube channels, Carmie created his first channel “touchdalight” on January 29, 2012. At the time of writing this biography (September 2020), this channel has earned over 80 million views alongside 688K subscribers. He then created his second channel “TouchdalightVlogs” on 25 October 2011. This channel currently has over 4.3 million views and 102K subscribers. Moving on, Carmie Sellito has a net worth estimation of approximately US $200,000.