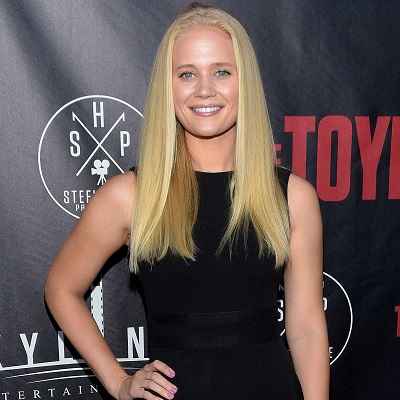 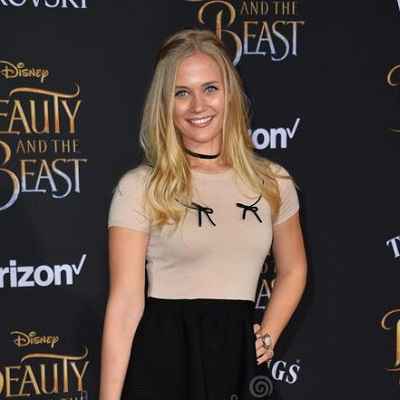 Carly Schroeder is a popular American actress as well as US Army Officer. Carly Schroeder is known for entering the entertainment industry at the young age of 3 years as a print model and moving on to larger projects.

Carly Schroeder was born on 18 October 1990 and she is currently 31 years old. She hails from Valparaiso, Indiana, and her zodiac sign is Libra. Likewise, her full name is Carly Brook Schroeder.

Talking about her family, her parents are Paul and Kelli who reside in Ventura County, California, at present. Likewise, she has a younger brother named Hunter Schroeder. Her brother was an actor who appeared with her in Gracie and Eye of the Dolphin. It was before Hunter chose his career in the U.S. Marine Corps. 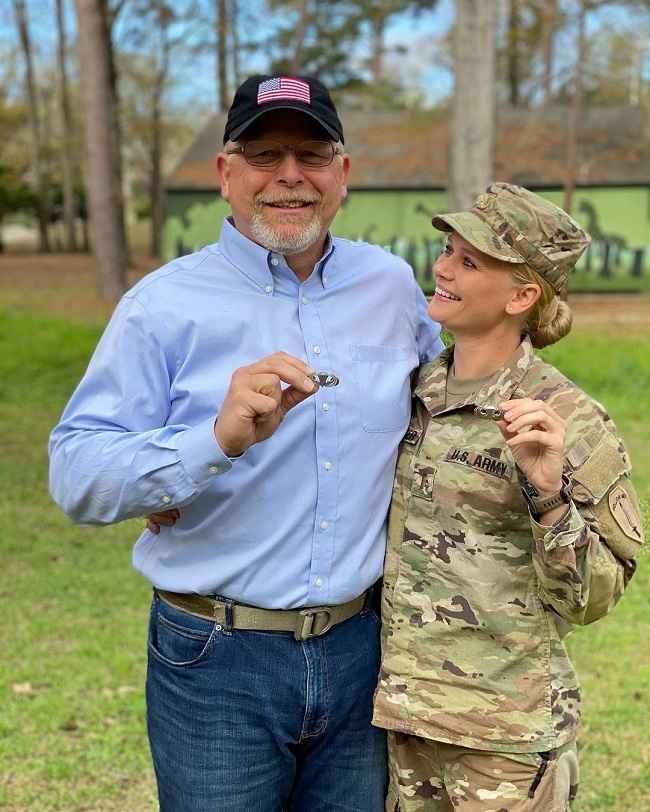 Caption: Carly Schroeder posing for a photo with her father holding their respective wings. Source: Instagram

Regarding her education, Carly attended Officer Candidate School. She graduated with a commission as a Second Lieutenant on 20 September 2019. Moreover, she graduated from Thousand Oaks High School in June 2009.

Later on, she attended and graduated from California Lutheran University in 2014. From this institution, she obtained a double major in communications and psychology as well as a minor in theater.

Moving on, actress Carly has a net worth that ranges from $1 million to $5 million US dollars. Schroeder’s earnings and net worth are accumulated through her career as an actress, child model, and US Army Officer.

Carly Schroeder is most probably single at present. In the past, Carly has been linked with Jake Thomas. Jake is a popular American actor known for playing the role of Matt McGuire in Lizzie McGuire.

Professionally, Carly Schroeder is an actress as well as a U.S. Army officer. As an actress, she is best recognized for playing the role of Serena Baldwin in the General Hospital spin-off Port Charles. Her character is the daughter of Scotty Baldwin and Lucy Coe.

Likewise, this personality also had a recurring role in Lizzie McGuire. Then in the year 2007, Carly played the lead in Gracie. It is a film inspired by a real-life tragedy during the childhood of sibling actors Elisabeth and Andrew Shue.

Similarly, this personality announced that she would be joining the United States Army in February 2019. Subsequently, she attended Officer Candidate School. From there, she graduated with a commission as a Second Lieutenant on 20 September 2019. At present, this personality is an Infantry Officer with the rank of First Lieutenant.

Talking about the beginning of her career as an actress, it all began in the year 1993 when she accompanied a cousin to an acting audition. Back then, Carly was only 3 years old and the casting director asked if she would consider working for them.

Initially, Carly’s mother was hesitant about the question, but things worked out in the end. After her 1st job as a child print model, Carly started doing print work in Chicago for Sears, Roebuck and Company, Kmart, Lands’ End, Spiegel, Chuck E. Cheese’s, and many other print advertisers. 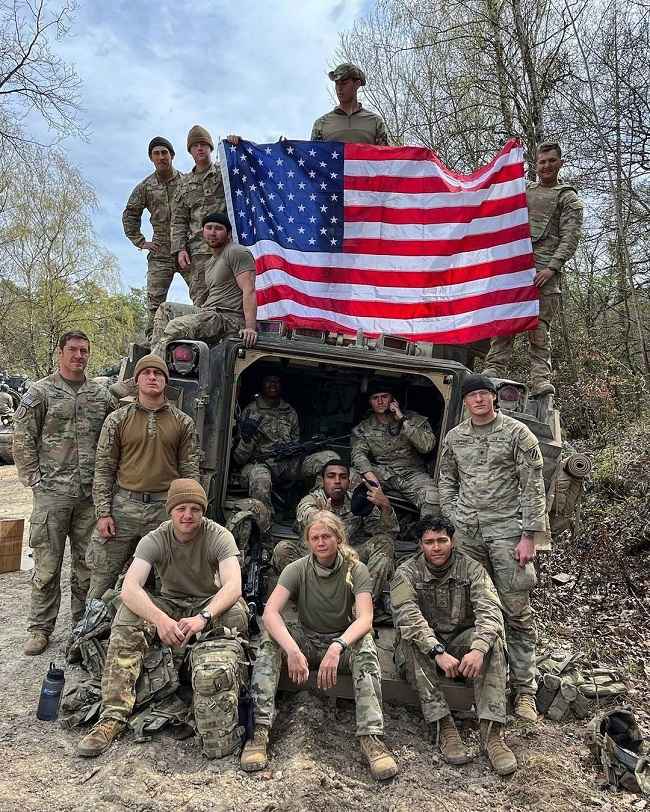 Caption: Carly Schroeder posing for a photo with her crew 4,500 miles away from home in July 2022. Source: Instagram

In the year 1995, child director Bob Ebel asked Carly to do a few TV commercials. One of her 1st commercials was for Birthday Party Barbie in the year 1998. Similarly, in the year 1997, American Broadcasting Company (ABC) hired this personality to play Serena Baldwin on Port Charles.

For this role, Carly was twice nominated for a Young Artist Award in 1999 and 2000. Also, she received nominations for Young Star Award in 1999 for “Best Performance by a Young Actress in a Daytime TV Program”. Further, this actress appeared as Melina Bianco in Lizzie McGuire and also in The Lizzie McGuire Movie in 2003.

Also in 2003, this actress auditioned for her 1st feature film. She subsequently won the role of Millie in the thriller Mean Creek. Then in 2006, she played the role of Gracie. While Gracie was in theaters, her other movie, Eye of the Dolphin, was receiving attention and also won two awards from the 2007 International Family Film Festival.

At the 2007 Kids First Awards in October, this personality received the award for “Best Emerging Actress”. Some of Carly’s other movies are Forget Me Not and Slightly Single in L.A. Likewise, she has also featured in Creepers in 2011 and Prep School in 2015.

Furthermore, there was an announcement in early July 2017 that Carly would return as Serena Baldwin to General Hospital to honor the late Peter Hansen. Peter passed away in April 2017 and had portrayed her grandfather, Lee Baldwin on the show. 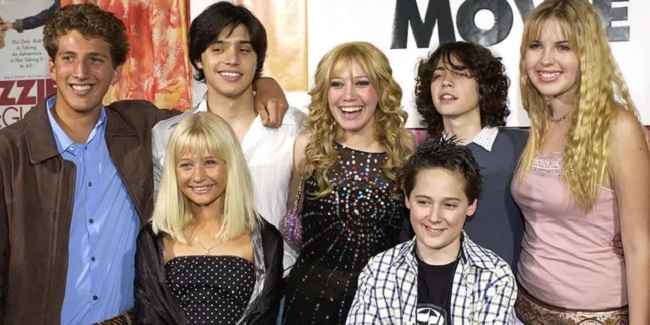 Caption: Carly Schroeder posing for a photo with the co-stars of Lizzie McGuire. Source: Fox News

Carly Schroeder stands tall at an approximate height of 5 feet 8 inches and her weight is around 65 kg. Likewise, Carly has a chest-waist-hip measurement of around 33-27-32 inches respectively. Similarly, Schroeder has blonde hair and mesmerizing blue eyes.

Moreover, she also has a profile on Facebook under the name “Carly Schroeder”. Besides these, Carly doesn’t seem to have official or personal profiles on other platforms including Tiktok, Youtube, etc.