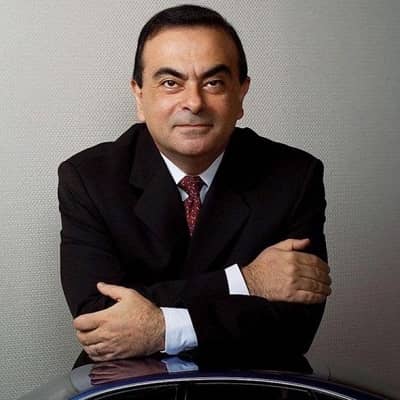 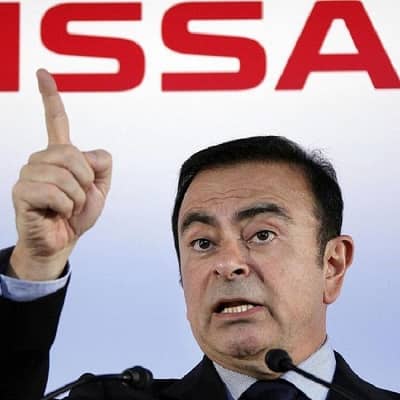 Carlos Ghosn is a multi-national businessman from Brazil. Carlos Ghosn was the CEO of many multinational automobiles including Renault, Nissan, and Mitsubishi Motors. Similarly, he was also the CEO of Michelin North America.

Carlos Ghosn was born on 9th March 1954 and is currently 67 years old. Being born in early March, his zodiac sign is Pisces. Likewise, Carlos was born in Porto Velho, Rondonia, Brazil, and holds Brazilian citizenship. Moreover, he was born to Brazilian parents having Lebanese origin. Similarly, talking about his ethnicity and religion, he follows Maronite Catholic and about his ethnicity is mixed as his mother is a Nigerian-born Lebanese woman. Likewise, regarding his family members, Carlos was born to Jorge Ghosn and Rose Jazzar having Lebanese origin. However, there is no information about his siblings.

Moreover, his grandfather Bichara Ghosn immigrated from Ajaltoun, Lebanon to Brazil at the age of 13 settlings in remote Guapore, Rondonia near the border between Brazil and Bolivia. He was an entrepreneur and headed several companies in Brazil. Likewise, talking about his childhood, Carlos was only two years old when he became sick due to drinking unsanitary water. He then along with his mother moved to Rio De Janeiro. However, he did not recover fully and he along with his mother and sister moved back to Beirut, London.

Furthermore, talking about his educational background, Carlos went to Jesuit school College Notre Dame De Jamhour in Lebanon. Later he went to College Stanislas, Paris for class preparations. Followed by this, he graduated with a degree in Engineer from Ecole Polytechnique in the year 1974 and Ecole des Mines de Paris in the year 1978.

Followed by his graduation, Carlos joined the French tire manufacturer company Michelin. He joined as a management trainee where he spent 18 years of his career serving in various capacities and at different locations. Followed by this, in the year 1981, Carlos became the plant manager of Le Puy-en-Velay in France, and later after three years, he became the R&D head of the company. Similarly, in the year 1985, he became COO and turn around the company’s unprofitable Brazilian operation, and became successful in achieving the goal in two years. Moreover, here he worked with French, Brazilian, and South American nationalities developing his cross-cultural management style focusing on diversity.

After success in South America, Carlos became the president and the COO of Michelin North America in the year 1989. Similarly, he carried out the reconstructing of the Uniroyal Goodrich Tyre Company. Then a year later, he became the CEO of Michelin North America. Followed by this, in the year 1996, Carlos return back to South America as an executive vice president of Renault. He became responsible for the manufacturing and purchasing of the company. Moreover, he headed Renault’s Southern Common Market ‘Mercosur’.

Likewise, in the year 1999, Carlos was sent to Tokyo, Japan as COO of Nissan following with the Renault-Nissan Alliance. Here he faces the hugely challenging task of reviving a company having burden with a debt of $20 billion making a loss and close to bankruptcy. Moreover, he broke the Japanese keiretsu system setting off the company’s share in keiretsu partners getting the nickname keiretsu killer. Followed by his Nissan work, he changed its official language to English and brought in top talent from rival Isuzu and Renault. He made three years goals making the company began showing profit from the first year itself. 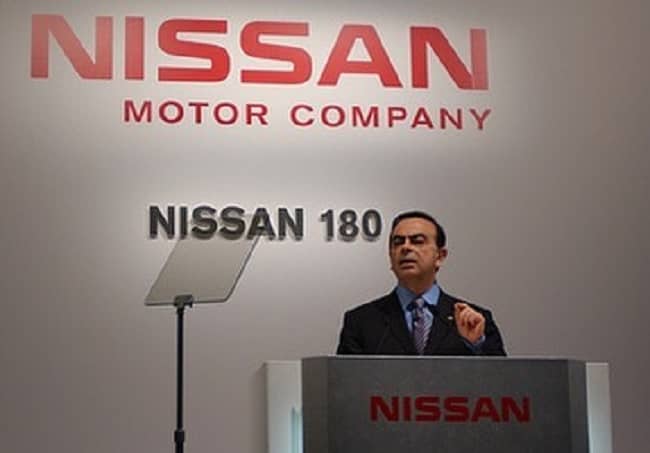 Caption: Carlos during his tenure in Nissan. Source: Instagram

This business tycoon has been charged for underreporting his compensation and using the company’s assets for personal uses in the year 2018. Followed by the same year he made a dismissal as a chairman of Nissan and Mitsubishi. He then retires as the chairman and CEO of Renault in the year 2019. Moreover, he was in solitary confinement in Tokyo for 130 years and later became house arrest. He later escaped to Istanbul and then to Beirut, Lebanon. However, at last, he was pleaded innocent and accused Nissan of fabricating the charges of him.

This French-Lebanese-Brazilian entrepreneur is a business tycoon by profession. Likewise, he has a net worth of around $120 million. Similarly, this entrepreneur lives a lavish lifestyle. Moreover, Carlos has also received many awards and achievements. According to Fortune Magazine, he became the Asia Businessman of the year in the year 2002. The French government also made an honor for him by making him the Chevalier of the Legion of Honour. Similarly, he also became the Honorary Knight Commander of the Order of the British Empire in the year 2006.

Regarding his relationship status, Carlos is straight and in a marital relationship. He tied the knot for the second time with Carole Nahas in the year 2016. However, his first wedding was with Rita Kordahi in the year 1984. Likewise, they have four children together Caroline, Nadine, Maya, and Anthony. Unfortunately, they parted ways in the year 2012.

This business tycoon stands 5 feet 8 inches (68 inches) and weighs around 70 kg. Likewise, his body measurement is 42-35-37 inches. Similarly, looking at his physical appearance he has fair skin with dark brown pair of eyes and hair color.