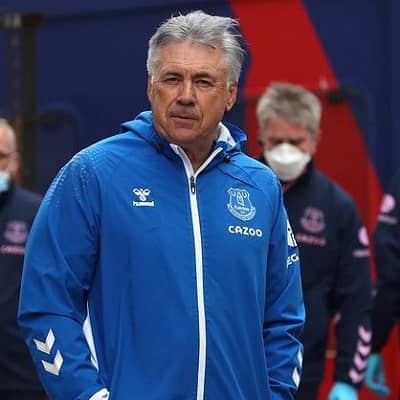 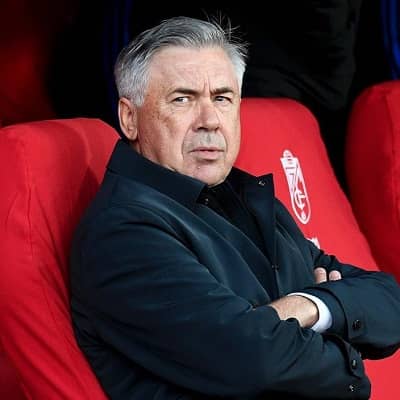 Carlo Ancelotti is a professional football manager and former football player from Italy. Moreover, Carlo Ancelotti is the manager of the La Liga team, Real Madrid. And he is regarded as one of the greatest and most successful managers of all time.

Carlo Ancelotti was born on the 10 of June 1959, in Reggiolo, Italy. According to his birth date, this football manager is 63 years old and holds Italian nationality. Moreover, Carlo has a birth sign of Gemini and believes in Christianity.

He is the son of Giuseppe Ancelotti (father) and his mother’s name is unknown. In addition, he has a sister named Angela. Sadly, his father died at the age of 87 on 29 September 2010.

Regarding his academic career, the football manager has not yet shared his academic qualification in public at the moment.

With Roma, he won one Serie A title in 1982-83 and four Coppa Italia titles. Later, in 1987, he moved to AC Milan, where he enjoyed his greatest playing success. He won two Serie A championships, one Supercoppa Italiana, two European Cups, two European Super Cups, and two International Cups while playing for AC Milan.

He made his senior international debut in 1987 on the global stage. Moreover, he was given 26 opportunities to play for Italy. He competed for Italy in two FIFA World Cups, placing third in the 1990 tournament. He also assisted Italy in getting to the UEFA Euro 1988 semifinals.

Carlo began working as a manager with the Italy football team as an assistant. He was a member of the Italy management company that advanced to the World Cup final in 1994. Before accepting the position of Juventus manager in 1999, he led Reggiana and Parma.

In 1999, he helped Juventus win the UEFA Intertoto Cup. He had a record of 63 wins, 33 draws, and 18 losses when he left Juventus. In 2001, he was appointed manager of AC Milan, where he enjoyed greater managerial success. 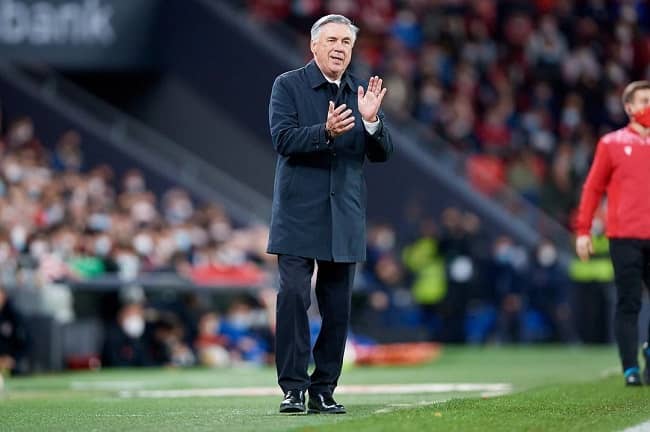 He won two UEFA Champions League championships, one Coppa Italia, one Supercoppa Italiana, two UEFA Super Cups, and one FIFA Club World Cup with AC Milan. In 2009, after working at AC Milan with success, he was appointed manager of the English team Chelsea. With Chelsea, he earned one Premier League, one FA Cup, and one FA Community Shield.

After Jose Mourinho and Sir Alex Ferguson, he had the third-highest win percentage in the history of the Premier League. Later, in 2011, he was appointed manager of French club PSG, where he helped the team win Ligue 1 in 2013. In 2013, he shared the title of Ligue 1 Manager of the Year.

Later, in 2013, he was appointed manager of the Spanish team Real Madrid, where he won success once more. In 2014, he won the FIFA Club World Cup, Copa del Rey, UEFA Super Cup, and UEFA Champions League. 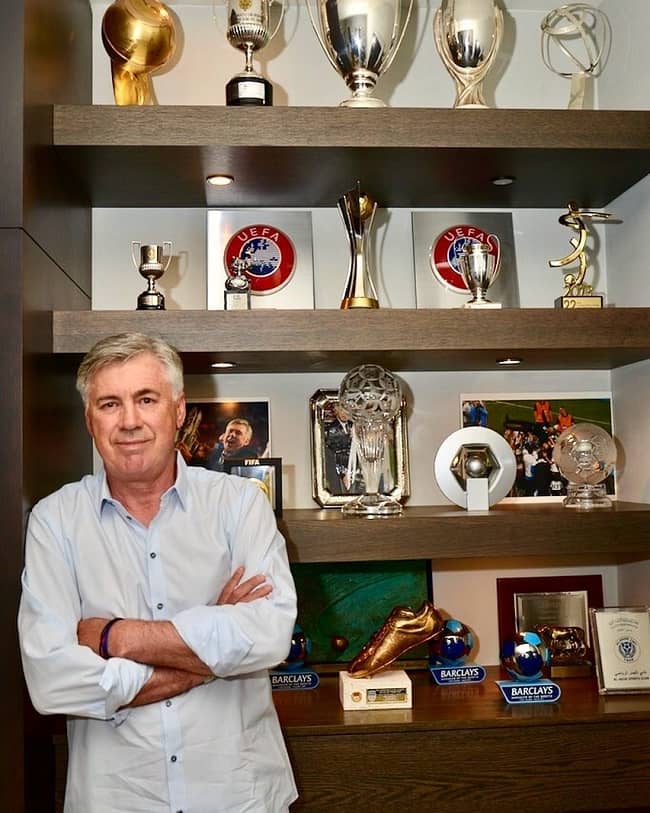 Caption: Carlo Ancelotti with his collection of achievements and trophies (Source: Instagram)

As the greatest football manager of time and worked as a manager for top clubs in Europe including Real Madrid, Bayern Munich, Chelsea, Juventus, and PSG, this man earned a huge sum of money in his career. Talking about his net worth, it’s estimated at $50 million, and Real Madrid reportedly paid around £11 million per season. 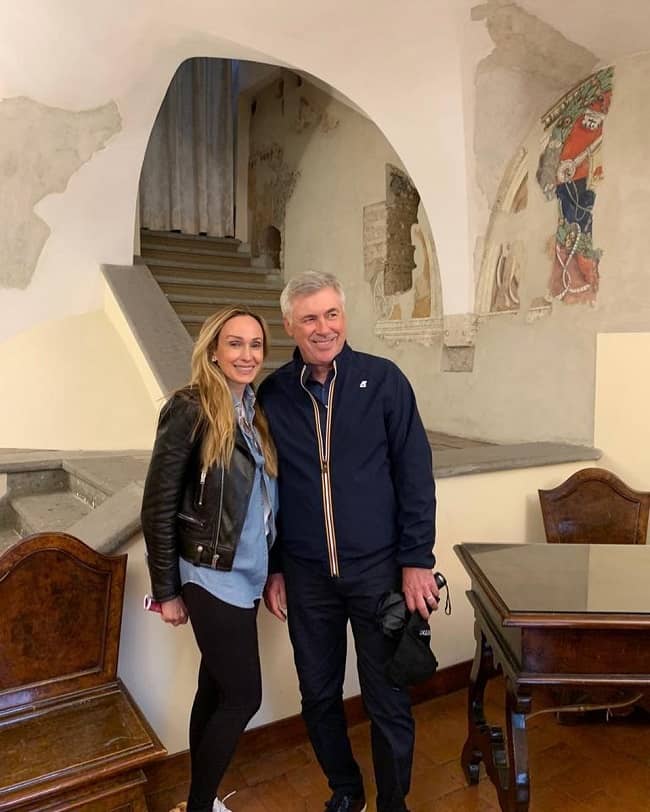 Carlo married Canadian businesswoman, Mariann Barrena McClay, in July 2014. In past, Carlo was married to Luisa Gibellini for 25 years before separating in 2008. They have two children: Katia, a daughter, and Davide, a son.

Davide played for the Milan youth team and Borgomanero before becoming the fitness coach at Real Madrid. Chloe McClay is a stepdaughter from his second marriage,

The football star stands 5 feet 10 inches tall and weighs around 74 kg. Moreover, he has hazel eyes with silver-white hair and there is no other information regarding his other body measurement.