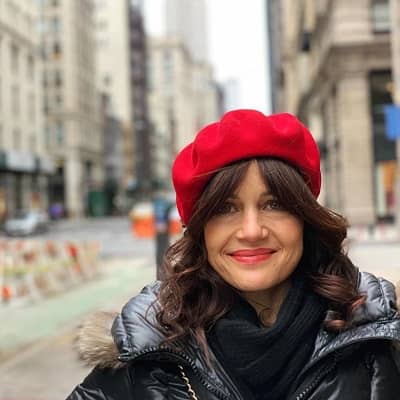 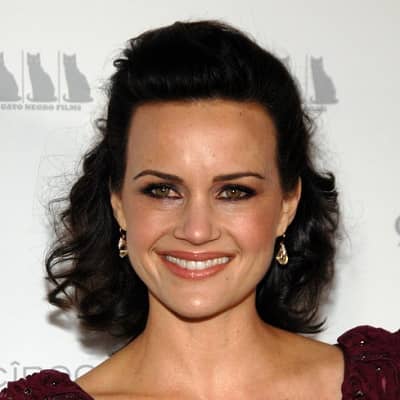 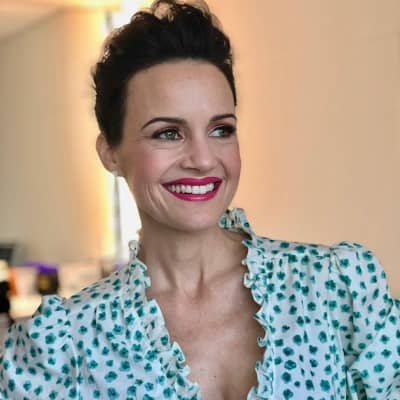 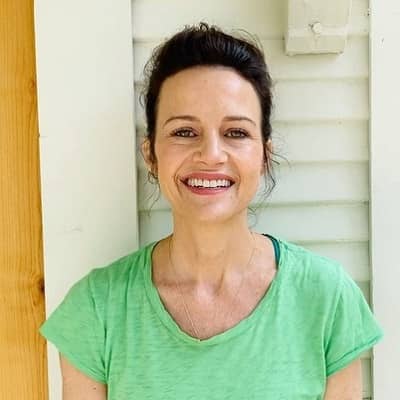 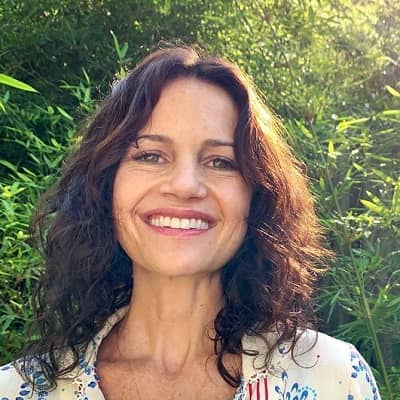 Carla Gugino is an American actress. Carla Gugino is popular for appearing in TV shows, series, and movies among others. Some popular projects that she has appeared in include Troop Beverly Hills, This Boy’s Life, Spy Kids trilogy, Night At The Museum, American Gangster, Watchmen, Sin City, etc.

Carla Gugino was born on August 29, 1971, and she is currently 49 years old. She hails from Sarasota, Florida. Her parents are father Carl Gugino and a mother Susan. Her father is an orthodontist of Italian descent whereas her mother is of English-Irish descent described as “Bohemian”.

Unfortunately, her parents separated when she was two years old. Following this, she traveled between her father and half-brother Carl Jr.’s home in Sarasota, and her Paradise, California, home, to which her mother moved her when she was four.

She worked as a teenage fashion model and took acting classes at the suggestion of her aunt Carol Merrill. Carol is the former Let’s Make a Deal spokesmodel. She eventually came to support herself, and with her parents’ support, was legally emancipated by the time she was 16. She enjoys yoga, traveling, and spending time with her friends in Los Angeles during her free time. She was her high school’s valedictorian. 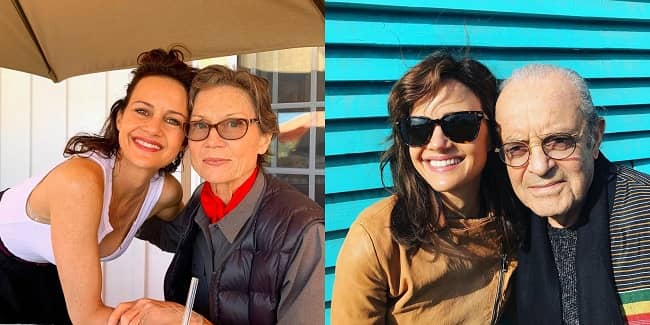 Caption: Carla Gugino posing for a photo with her parents. Source: Instagram

Carla Gugino is professionally an actress. She has appeared in numerous movies and TV shows/series. She has also appeared in music videos of songs “Always” by Bon Jovi and “Where’s the Love?” by The Black Eyed Peas. Some of the remarkable movies that she appeared in include Troop Beverly Hills, This Boy’s Life, Spy Kids trilogy, Night At The Museum, American Gangster, Watchmen, Sucker Punch, San Andreas, Gerald’s Game, Son in Law, etc.

She also starred as the lead character in the crime drama series Karen Sisco in 2003, the science fiction series Threshold, the supernatural horror series The Haunting of Hill House, and the crime drama series Jett. Her television work during the late 1980s and early 1990s included appearances on Good Morning, Miss Bliss, Who’s the Boss?, ALF, Doogie Howser, M.D., The Wonder Years, and a recurring role on Falcon Crest.

Moreover, she appeared as Nan St. George with Greg Wise and James Frain in the BBC miniseries The Buccaneers in the year 1995. It is an adaptation of Edith Wharton’s last novel. After playing Michael J. Fox’s love interest, Ashley Schaeffer, during the first season of the sitcom Spin City in 1996, she starred with Nicolas Cage in Snake Eyes, and in Judas Kiss. She was also the co-producer of the latter. Later, she appeared as Dr. Gina Simon during the 1999–2000 final season of Chicago Hope. 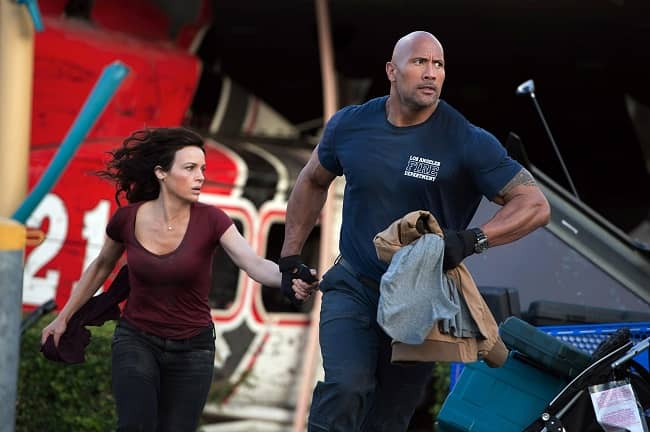 Caption: Carla Gugino in a scene from the movie San Andreas with Dwayne Johnson. Source: US Daily

In 2001, she also appeared as Jet Li’s love interest in the martial arts action thriller The One. Then in 2003, she appeared as Lucille in the feature film adaptation of Frank Miller’s graphic novel Sin City. She appeared in the Roundabout Theatre Company play After the Fall opposite Six Feet Under’s Peter Krause. In late 2006, she appeared in an Off-Broadway production of Tennessee Williams’ Suddenly Last Summer opposite Blythe Danner.

She also appeared as Amanda in a dozen episodes of the cable television series Entourage. She then appeared nude in the May 2007 issue of Allure. That same year, she appeared in the action-horror film Rise: Blood Hunter and the feature film American Gangster. The following year, she played the female lead in the thriller Righteous Kill, opposite Robert De Niro and Al Pacino. 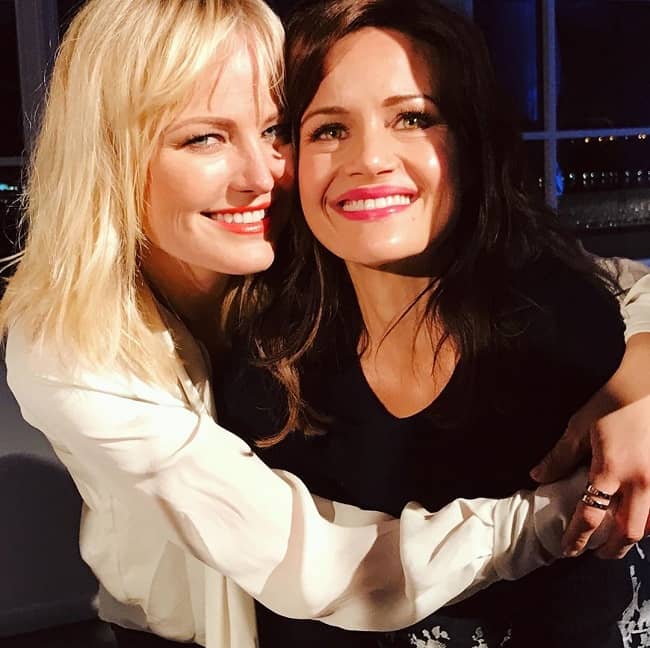 Caption: Carla Gugino posing for a photo with her co-star Malin who worked together in Watchmen. Source: Instagram

She starred in Eugene O’Neill’s Desire Under the Elms from January 17 to February 17, 2009. She appeared in the role of Abby. During the first three months of 2009, there were three feature film premieres featuring Gugino. They are the thriller The Unborn, the film Watchmen, and the adventure remake Race to Witch Mountain.

In April the same year, she received an Outer Critics Circle Award nomination for “Outstanding Actress in a Play” for her performance in Desire Under the Elms. Later, in November the same year, she appeared as a pornographic actress in the comedy film Women in Trouble, which spawned a sequel in 2010, Elektra Luxx, titled after her character.

In the year 2011, she appeared as Madame Vera Gorsky in Sucker Punch. It is a Zack Snyder’s action-fantasy filming which she worked alongside Abbie Cornish and Emily Browning. She also sang a duet with co-star Oscar Isaac. The duet appeared in the end credits and in the film’s soundtrack. She also guest-starred on the fourth season of Californication as Abby Rhodes. Her character was Hank Moody’s attorney as well as his love interest.

Then in mid-2012, she had a lead role as Susan Berg, a Washington, D.C. investigative reporter, on the USA Network’s miniseries Political Animals. Later in the year 2015, she had a lead role in the disaster film San Andreas. In this, she once again starred opposite Dwayne Johnson.

Carla Gugino has been in a long term relationship with her boyfriend Sebastian Gutierrez. He is a writer and director and she has worked on her TV series Karen Sisco in 2003 and Rise: Blood Hunter in 2007. Carla and Sebastian have no plan to marry and she said in an interview with People:

“Marriage isn’t important for us. We like being boyfriend and girlfriend; there s something sexy and fun about that. We’re very much about, ‘There s nothing holding us here other than our desire to be together.’ 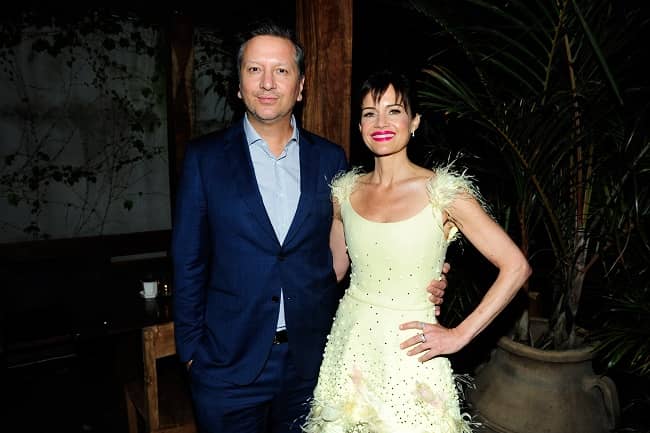 Caption: Carla Gugino posing for a photo with her lover Sebastian Gutierrez during an event. Source: Vogue

Carla Gugino stands tall at a height of 1.65 meters or 5 feet 5 inches. Likewise, her weight is approximately 61 kgs and her chest-waist-hip measures are 35.5-25-35 inches respectively. She wears a bra size 32C and a dress size 6 as per the US standards.

Moreover, she had a kidney operation when she was only 4 years old. Due to this surgery, she has a long scar on her left side (towards her back). She also has a butterfly tattoo on the inside of her left ankle. She has hazel eyes and dark brown hair color.

Talking about her social media presence, Carla Gugino joined Twitter in March 2010 and has earned over 73.9K followers on her @carlagugino account. She also goes by @carlagugino on Instagram. This account boasts 788 posts shares and over 691k followers at the time of writing this biography. Likewise, she created her official Facebook page on September 19, 2014, and far has over 1 million people following her journey.

Moving on, Her has a net worth estimation of approximately $14 million dollars. She earns a hefty sum being a Hollywood actress and model. She might also earn through partnerships, brand endorsements, etc.