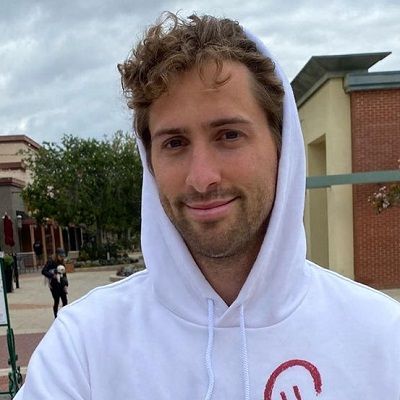 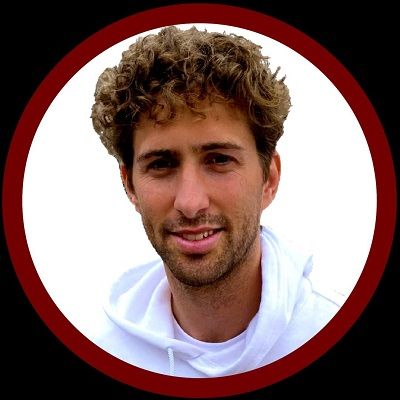 Capron Funk is a prominent American scooter rider as well as a Youtube star. Capron Funk along with his brother and cousin started the channel “Funk Bros” and this was just the beginning of their social media journey. At present, HE is a regular on several Youtube channels alongside his brother and lover.

Capron Funk was born on 28 April 1993 and he turns 27 years old as of 2020. Similarly, he is originally from Temecula, California, USA. His parents are father Robert and mother Kimberly Ann. His father is an amateur golfer and holds rank at the national level. He also has a sibling brother named Corey. He also has a cousin named Tyler.

Talking about his educational journey, he attended Temescal Canyon High School. However, later he opted to homeschool in order to pursue professional scooter riding.

Further, he enjoys listening to the band Of Monsters and Men. He also enjoys listening to other artists like Drake and Vanic. He is also good friends with his contemporaries, Rwilly and Raymond Warner. Moreover, he considers them as his inspiration. His favorite spot for scootering is in Chino, California. 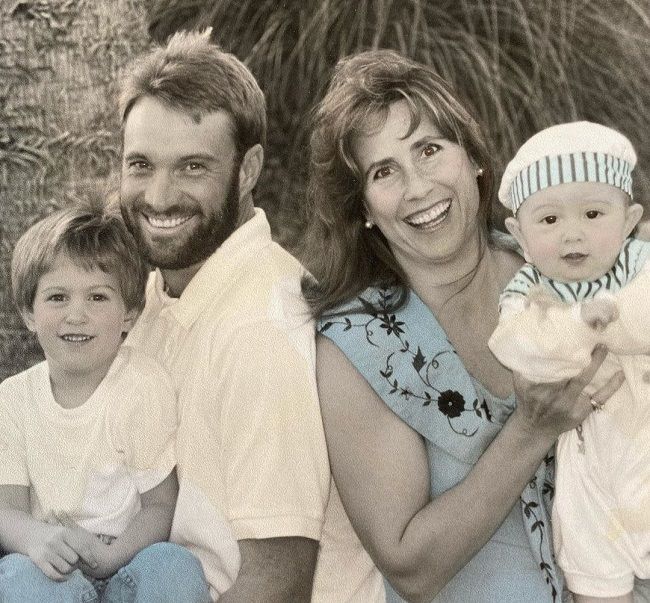 Professionally, Capron is a scooter rider. He is also a Youtube who is mostly known as one-third of the Funk Bros web group. He also became popular for his work with Apex Scooters. Along with a wide variety of first-place finishes, he also successfully landed both a double backflip and a double frontflip. Likewise, he got on his first scooter in the year 2005. He has developed a following on the SMX circuit too, amassing more than 550,000 followers on Instagram.

Talking more about his Youtube career, he founded Funk Bros in 2015 with his brother Corey and cousin Tyler Funk. He is an American social media star and professional scooter rider whose channel has gathered more than three million subscribers. His channel is considered one of the fastest-growing YouTube channels in the US. The Funk Bros posts fun-filled videos and their channel is particularly popular among youngsters.

He and his Funk Bros members have also faced several controversies as many other YouTubers have accused them of plagiarism. Nevertheless, the trio has managed to silence many haters and critics. Apart from posting videos on YouTube, he has also gained prominence as a rider. He has taken part in several national and international scooter championships. His flips are highly popular and are collectively known as “MCFLIP”. Moreover, he is also famous on other social media platforms like Instagram and Twitter.

He used to go skateboarding before shifting his attention towards scootering in 2005. He soon discovered his passion for riding the scooter and decided to make a career out of it. After polishing his scooter-riding skills, he began participating at the local scooter riding competitions. While Corey accompanied him as a fellow participant, his mother would always be there to support the boys.

His mother used to take both the boys to almost all competitions that took place in their city. He and Corey kept on participating at the beginner’s level and were soon promoted to the next level. By the end of it all, he managed to master many combos, flips, and several other tricks.

Then in 2015, he won second place at the “Scooter Hut Pro Series,” which was held in Melbourne, Australia. He and Corey, who finished first, received prize money of 20,000 dollars. He had performed well at the previous year’s championship too, as he had finished third. He has also participated in many world championships, held in countries like England and Spain.

He also competed at a few national professional events, held in places like California, New York, Texas, and Washington. He is among the three scooter riders in the world to have performed a double back and front flip. The popular manufacturing company “Lucky Scooters” sponsors him. 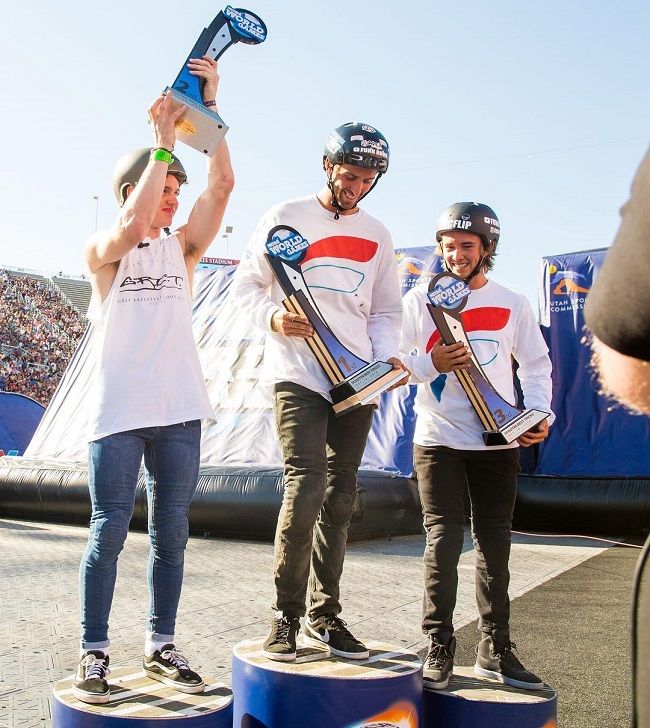 He, along with Tyler and Corey, created a YouTube channel to post fun-filled videos and daily vlogs. They then started posting many adventure-filled videos, featuring trampolines and scooter-rides. Their channel ‘Funk Bros’ also has many challenges and prank videos, which contribute to the number of subscribers.

The number of subscribers on their channel shot up when AJ Loft, the creator of ‘RodKingz,’ joined hands with him and his team. The Funk Bros caught AJ Loft’s attention when they were practicing scooter-riding at the “Audie Murphy Skate Park”. The creator of RodKingz instantly knew that he could turn “Funk Bros” into a significant sports brand across the world.

When Capron and his team posted their first YouTube video, they completely ignored their video editor and did not bother to credit him. Many criticized their act and also accused them of robbing their editor’s effort. They were then involved in the ‘SMX controversy’ when they tried changing the conventional term ‘scootering’ to ‘SMX’ in order to make it sound cool.

Their act was condemned by many scooter enthusiasts and some of them even referred it as plagiarism. He came up with a public show called ‘MCFLIP.’ In the show, he completed a back-flip over the McDonald restaurant’s order counter, which left some of the customers terrified.

Though many of them simply ignored the entire act, he was trying to convince his viewers that the people there were left awestruck. He and his team were also accused of plagiarism by the fellow YouTuber Jack Tenney. The latter claimed that ‘Funk Bros’ had videos similar to that of his own.

Capron is engaged to singer Rydel Lynch. They have been together since 2019 and they announced their engagement in 2020. Rydel is a singer who began performing with her siblings in R5 in 2009. She also opened the LOUD tour in March 2013 and launched her own online boutique RYDEL in February 2018.

Previously, he was in a relationship with social media star Natalie Coppes. Natalie was introduced to his fans through a video titled Mystery Woman Revealed! Natalie went on to appear in many videos, posted on “Funk Bros.” Similarly, Rydel dated her bandmate, Ellington, in 2013 and later proposed to him in December 2017. However, the pair ultimately split up in 2018 and then Rydel began dating him in 2019. 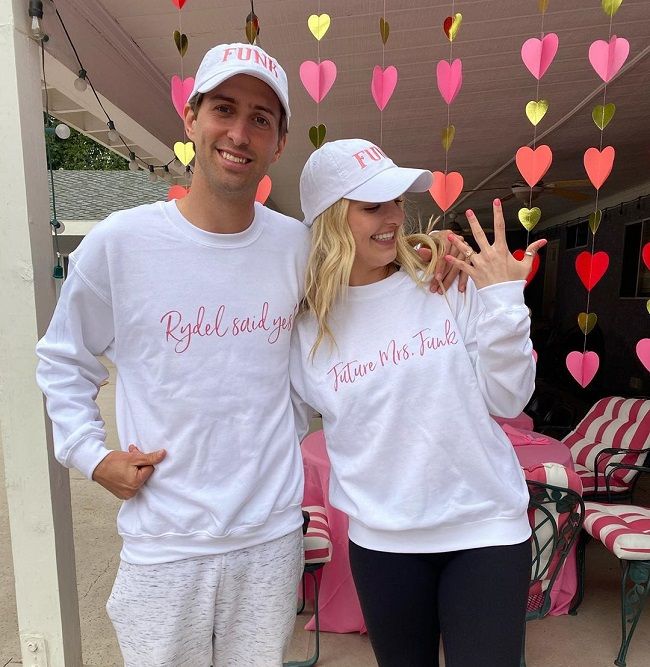 He stands tall at a height of around 6’4″ but his weight is unknown. Similarly, his other body measurement details like chest-waist-hip, biceps, dress size, shoe size, etc are also not available. Moreover, the Youtuber has blue eyes and light brown hair color.

Talking about Capron’s social media presence, he is available on various platforms. He joined Twitter in November 2016 and so far has 81.3k followers. Similarly, on his Instagram handle, he has earned 592k followers and 2401 posts shares as of August 2020. Additionally, he is also a Tiktok sensation having 971.3 thousand followers and 17.1 million hearts. We can also contact him at [email protected]

Moving on, his net worth estimation is around $2.5 million dollars. He earns through his multiple Youtube channels, brand endorsements, merchandise, scooter-riding competitions, and much more. We can also buy merchandise aimed at various groups like men, women, youths, etc on his official website.