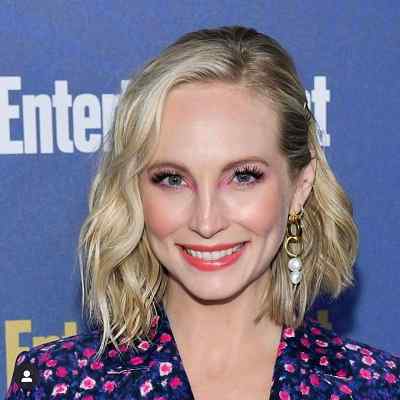 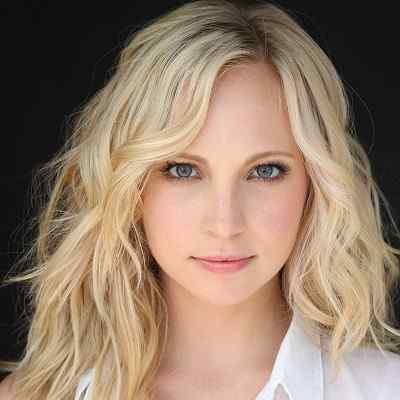 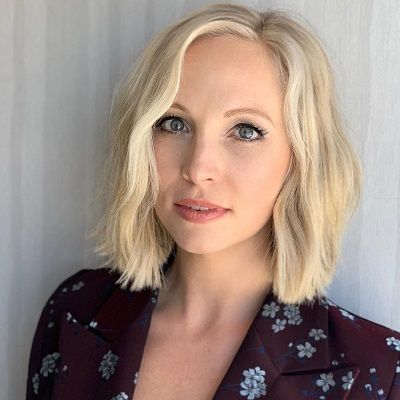 Candice King is an actress who is famous as Caroline Forbes on the CW series “The Vampire Diaries”. Candice King achieved fame as an actor, she first started her career as a singer. She has also played Chloe on the series “Dating Rules from My Future Self”. Likewise, she has also guest-starred in a couple of shows including “How I Met Your Mother” and “Greek”.

Candice King was born in Houston, Texas, USA, on May 13, 1987. Her age is 33 years old and is under the birth sign, Taurus. She holds American nationality. Likewise, she grew up in Edgewood, Florida. And her birth name is Candice Accola.

Her mother’s name is Carolyn (Clark) and her father’s name is Kevin Accola. Her mother was an environmental engineer. And later she turned into a homemaker. Whereas, her father was a cardiothoracic surgeon. She also has a younger brother. His name is Kree Thomas Accola. Also, both of her parents are active members of the local Republican political party. Likewise, she has English, Romansh-Swiss, French, and Norwegian ancestry. 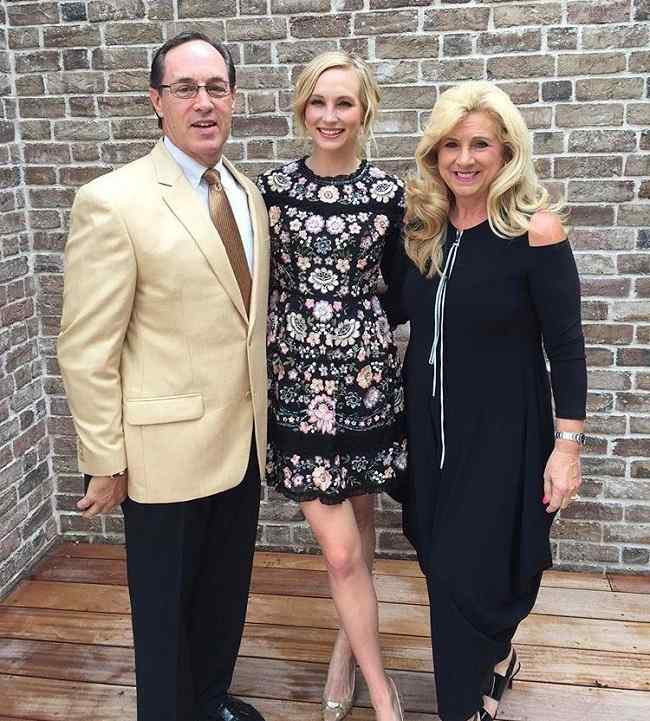 Caption: Candice King along with her parents (Source: Google)

Candice King began her career as a singer started in December 2006. She released her debut album “It’s Always the Innocent Ones”, independently in the United States. She even wrote 12 of the 14 songs of the album. And the two songs she didn’t write are a cover of Til Tuesday’s hit song “Voices Carry” and American Hi-Fi’s “The Breakup Song”.

Alongside singing, she even took up acting projects. She guest-starred in a couple of shows such as “How I Met Your Mother”, “Supernatural”, and “Greek”. Also, in 2008, she appeared in the horror film, “Deadgirl”. She played a small part in “The Hannah Montana Movie”.

Furthermore, in the year 2009, came the big breakthrough of King’s career when she got the role of Caroline Forbes in The CW television series “The Vampire Diaries”. In this series, she played one of the protagonists who were neurotic yet endearing and was the love interest of many male characters. She played the role of the best friend of Elena Gilbert and Bonnie Benett. Likewise, she was praised for her outstanding performance and exceptional acting skills.

“The Vampire Diaries” series broke all records and became one of the most successful television series for The CW. Its pilot episode attracted a whooping 4.9 Million audience which is the largest for any of the CW series premieres. Likewise, her role as Caroline Forbes lasted throughout the eight seasons of the show.

Her most famous role is her portrayal of Caroline Forbes on The CW’s “The Vampire Diaries”. She continued to play her role until the eighth season in the year 2017. This series went on to become one of the most loved and most watched supernatural drama television series. 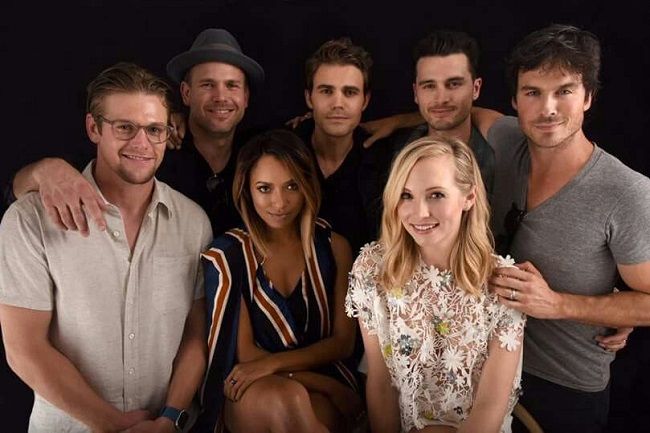 Moreover, while working on “The Vampire Diaries”, King performed a cover of “Eternal Flame” by The Bangles on the show. Simultaneously, she also did a couple of films including the 2009 romantic comedy “Love Hurts” as Sharon, and “Kingshighway” as Sophia in the year 2010, and “The Truth About Angels” as Caitlin Stone in 2011.

In the year 2012, she took up the role of Chloe Cunningham for the second season of the web series “Dating Rules From My Future Self”. In this film, Cunningham is a 26-year-old girl who does not believe in love. She receives love advice from herself for ten years in the future.

Furthermore, she is also the host of the “Directionally Challenged” podcast along with her co-host and co-creator Kayla Ewell. The Podcast is About Realigning Your Internal Compass, 30-Something Women Asking Life’s Questions, and Learning From People Who Just Might Have Some Answers. It is available on SoundCloud, ApplePodcasts, Spotify, Google Play, Stitcher, and ART19 as well. Likewise, it is also referenced on their webpage: www.candicekayla.com.

Candice King won the “Teen Choice Award” for the category Scene Stealer Female for “The Vampire Diaries” in 2012 and 2014. Likewise, she has also been nominated for the category Scene Stealer Female in the year 2013. Moreover, she was nominated for Choice TV Actress Fantasy/Sci-Fi and Choice TV: Liplock (with Paul Wesley) in the year 2015 and 2016 respectively.

Candice started dating musician, Joe King of “The Fray”. They met each other at a Super Bowl event in February 2012. They were engaged in May 2013 and eventually married on October 18, 2014, in New Orleans, Louisiana. Moreover, upon her marriage, she became a stepmother to King’s two daughters from his first marriage. And their names are Ava King & Elise King.

Further, in August 2015, they announced that they were expecting their first child together. Likewise, on January 15, 2016, she gave birth to a daughter and her name is Florence May. 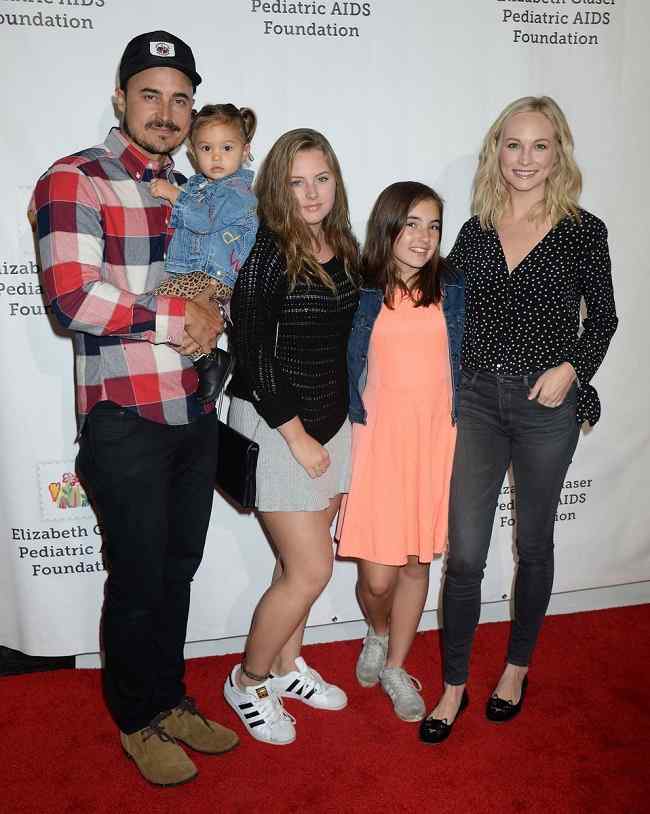 Caption: Candice King and her husband and daughters (Source: Google)

Candice King has a height of 5 feet 8 inches and her weight is 57 Kg. Her other body measurements such as chest size, waist size, and hip sizes are 34-26-35 inches respectively. She has a lean body and a very beautiful face. Moreover, she has got blonde hair and dark greenish-blue eyes.

Talking about her income, she has a net worth of $4 million. Her main income source is through her acting career. Moreover, she also earned through her singing and songwriting career as well.