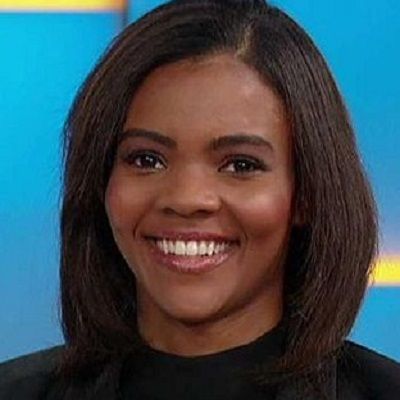 Candace Owens is the communication director for Turning Point USA and a political commentator. Candace Owens, who is a writer and a blogger is no longer an ordinary girl out there after pro-Trump commentary and criticism on the Democratic Party for the ‘Black Lives Matter(BLM) movement. She also has a Youtube channel and website named,‘Red Pill Black’, she has been using this platform for black conservatism.

Candace Owens’s full name is Candace Amber Owens Farmer. She was born on 29th April 1989 in Stamford, Connecticut in the United States. Her father’s name is Robert Owens, but her mother’s details have not been revealed yet.

Because of her family issues, she was raised by her grandparents. Her grandmother is Nola Alexis Owens whereas her grandfather’s name is Robert Lee Sr. Further, she is currently 32 years old. 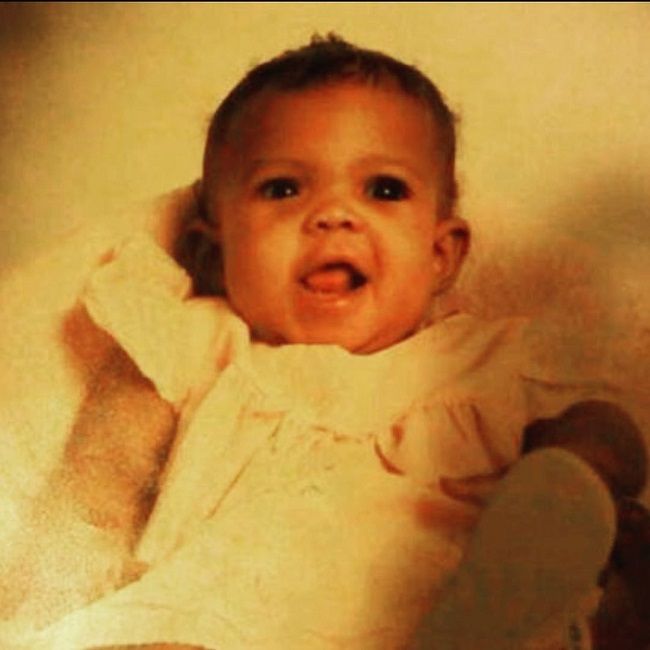 Popular public speaker and bloggers’ birth sign is Taurus. She is American by nationality whereas Afro-Americans by ethnicity. Unfortunately, her childhood wasn’t ecstatic because of her family issues and bullying.

She faced bullying while she was in senior high school. The 14-year-old son of then-mayor Dannel Malloy was involved in it. That has led her to become an activist and become one of the strong personalities of today.

About her education, in order to complete her high school, she attended Stamford High School. She graduated in journalism with a Bachelor of Arts degree from the University of Rhode Island. Candace Owens took executive training courses at the NYU Stern School of Business.

Candace is involved in several controversies. One such controversy is “BLEXIT”. It made the headlines after stating that Kanye West designed the logo of the campaign. Later Kanye West accused her of using and compelling him to involve in something he doesn’t believe in.

Regarding ‘Black Lives Matters’, she believes that black people have a victimized mentality, and the Democratic Party plants such thoughts in the mind of African- Americans.

She argued by saying that black people’s brain has been completely washed by the Democratic party for votes. Further, Lucas – the cousin of late Mollie Tibbetts badly bashed Candace via Twitter. She was told not to use her cousin’s death as political propaganda. 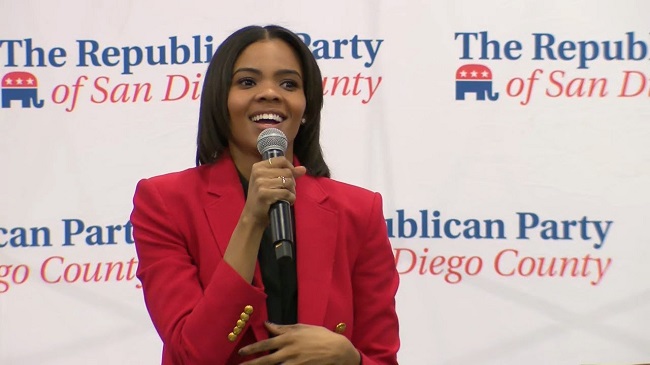 While presenting before the House Judiciary Committee on the increase of hate crimes and white supremacists in the US, she claimed that the ‘Southern Strategy’ is ‘myth’. That led to another controversy. Historians debated on this topic and stated that such a strategy existed.

Later in 2005, Ken Mehlman, then chairman of the National Association for the Advancement of Colored People (NAACP) made an apology for addressing the strategy as wrong.

She was carped for promoting conspiracy theories on Twitter about October 2018 bombing attempts. Nevertheless, Owens isn’t involved in any controversy at present.

Owens put forwarded her opinions regarding “nationalism” and “globalism” in the Turning Point USA. Owens said that “Hitler was a homicidal, psychopathic, maniac that killed his own people”.

This aroused another controversy after the audio clip was played in front of the House Judiciary Committee. In this controversy, Donald Trump Jr. supported Owens.

One of the shooters involved in Christchurch’s mosque shootings took the name of Candace Owens for influencing them. Later, Candace clarified that she is not involved in any kind of violent act.

Owens is in the favor of same-sex marriage and she is anti-rapist but she is against abortion. According to her, abortion is the ‘extermination’ of black lives. She has been into various controversies because of her convictions.

Afterward, she claimed that George Floyd, who was killed by a police officer who bowed on his neck for almost nine minutes, “was not a good person. I don’t care who wants to spin that.

Candace gained notoriety through political vlog series on her Youtube channel. So far, she has spoken at over 60 American Universities, challenging the leftist status quo.

She has encouraged students to think beyond the confines of liberal orthodoxy. Candace has also established herself as a leader in the growing youth conservative movement.

The current sensation commenced her career via one of the renowned magazines, Vogue. She worked with an investment management company in 2012, but the company’s name isn’t known till the date.

Miss Owen wanted to stop online bullying as she had already faced such a situation at a very early age. She launched SocialAutopsy.com in 2016 funded by Kickstarter. She couldn’t accomplish her motive as her project could leak the privacy of the people.

In 2015, she was anti-conservative and anti-Trump. In order to post her thoughts, she founded a new website with the name, Degree180. She served as the CEO of Degree180.

But later, she became a supporter of Trump and badly bashed Democratic Party for the Black Lives Matter movement. 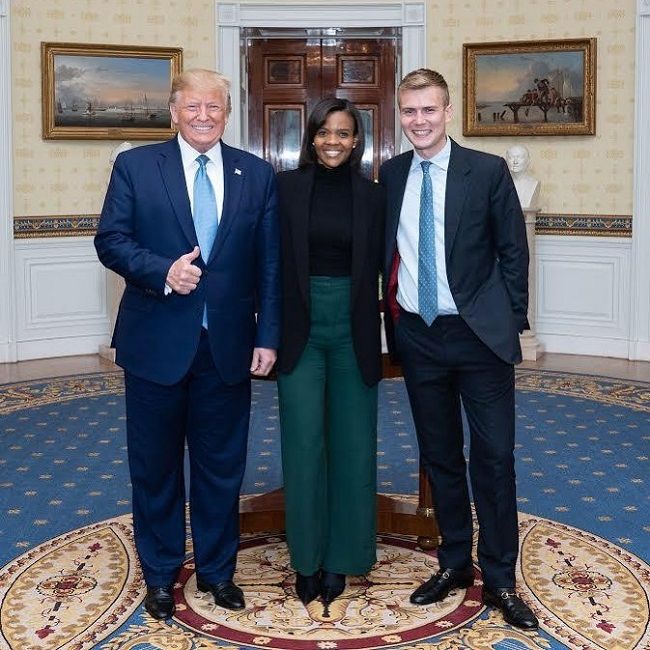 Candace also has a Youtube channel named, “Red Black Pill”. ‘Red-Black Pill’ is also a website where she openly supports Black conservatism. She has one of the videos entitled, “Mom, Dad I am a Conservative”.

Her youtube channel has more than 361k subscribers. In 2017, she became the director of urban management in Turning Point USA and she is now the communications director.

She has appeared as a guest on several talk shows of Fox News Channel like ‘The Greg Gutfeld Show’, ‘Watters’ World’, and “Fox and Friends”. Candace presented as a guest, guest panelist, and herself being the director of The TurningPoint USA in several other programs.

She has also written a book titled, ‘BLACKOUT’ and her Twitter’s bio says that it is available on Amazon, Barnes& Noble, Kinde and more. Further, Owens is also the host of weekly Candace Owens Show.

She told the backstory and conviction to Fox News. “BLEXIT” made headlines after she sought help from Kanye West for designing the logo of the campaign. Later she was accused of using Kanye for compelling him to get involved in something he doesn’t believe in.

Writer and Blogger, Candace has a massive fan following in social media. She has more than 972k followers with the username @realcandaceowens on Instagram.

She has received an award that none of the people heard of and received to date. The title of the award is “IMPACT AWARD” and this information was revealed through a tweet on December 6, 2018.”

She is a Youtuber and also a director of Turning Point USA. Also, she appears as a guest on various talk shows, it is quite difficult to calculate her salary from each of her income streams.

As per the Gossip Gist, yearly she earns $22k and has a net worth of around $3ook. She is living a lavish life as she has good work demands.

Beautiful Candace is married to George Farmer. Geroge is the son of a British businessman and life peer in the House of Lords. She declared her marital status in the media on 1st September 2018. On September 6, 2020, she announced on Twitter about her six months. 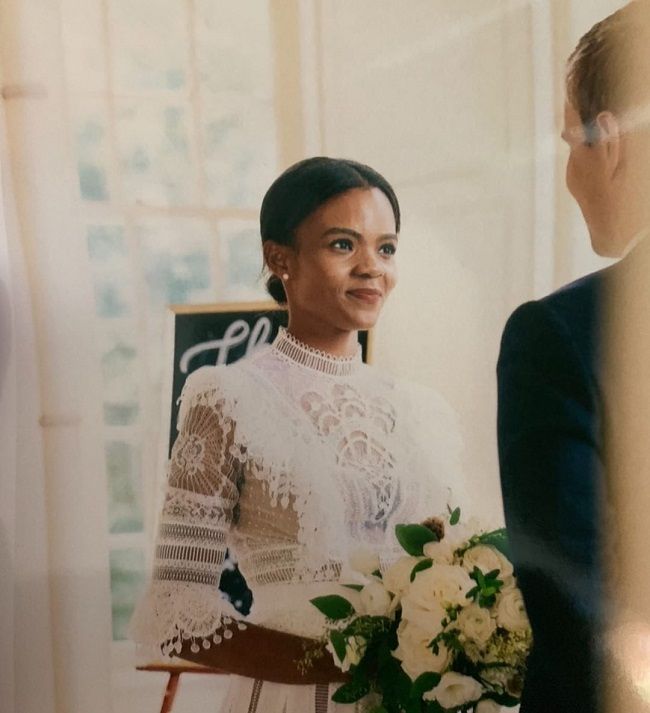 Candice is African-American, and she has a dark complexion with a slim build. Regarding her body measurement, she hasn’t disclosed anything yet.

She stands tall with a height of 168 cm, which approximately equals to 5 feet 6 inches. She has a weight of 52 kg. Further, Owens has dark brown eyes with hair of the same color.