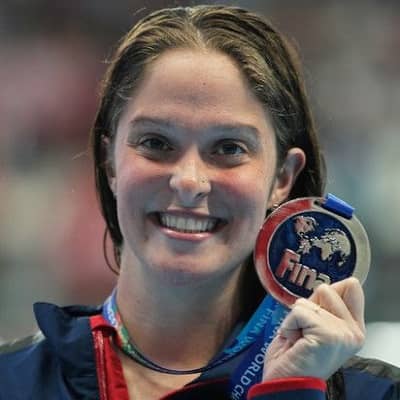 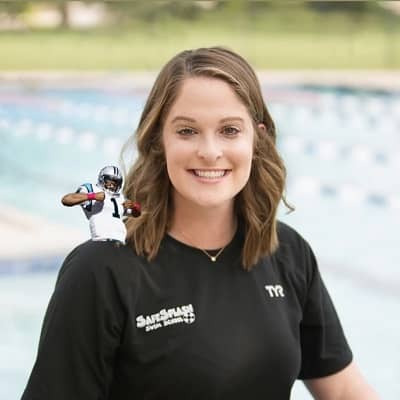 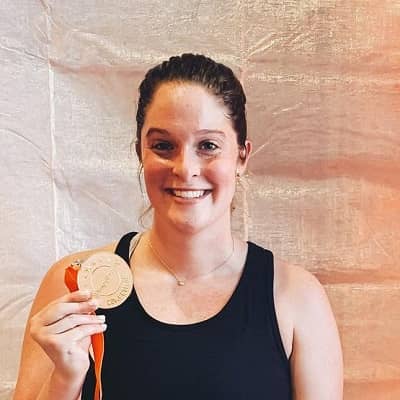 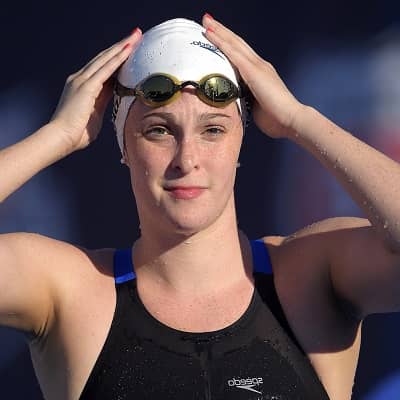 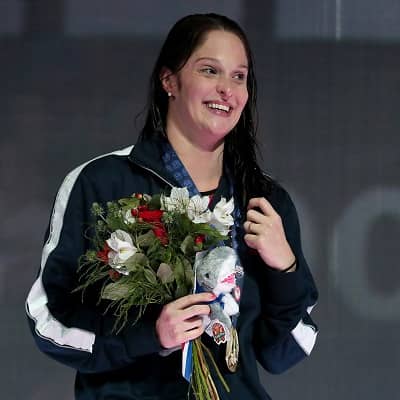 Cammile Adams is famous as a former American national and Olympic swimmer. Cammile Adams is now an owner and operator of five SafeSplash and SwimLabs schools in Houston.

Cammile Adams was born on September 11, 1991, hails from Houston, Texas, U.S and she is currently 30 years old. Her zodiac sign is Virgo. Likewise, her full name is Natalie Cammile Adams whereas her nickname is Cam-cam.

Talking about her educational journey, She attended Cypress Woods High School, located in Cypress, Texas. she graduated from this school as a part of a class of 2010.

Talking about her family, her parents are father Eddie, and mother Lisa Adams. Likewise, she has a twin sister named Ashley. Watching movies and shopping are her hobbies whereas a beach in Hawaii is her favorite place to relax. 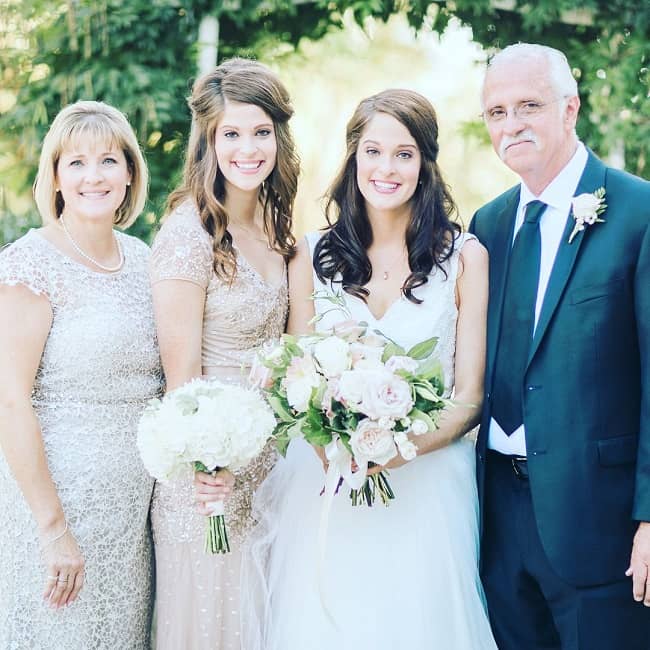 Caption: Cammile Adams posing for a photo with her family at her wedding. Source: Instagram

Professionally, Cammile Adams is a competitive swimmer and her specialization is in butterfly events. During the 2012 Summer Olympics and the 2016 Summer Olympics, she represented the USA in the 200-meter butterfly events. When she was in high school, she became a member of 4 U.S. National Teams. Additionally, she also served as a two-time team captain.

During her college, she was a swimmer for the Texas A&M Aggies swimming and diving team. Aggies is a member of the National Collegiate Athletic Association (NCAA). Therefore, she participated as a part of Aggies and competed from the year 2011 to 2014.

In these four years, she won four Big 12 individual championships. These championships were in the 200-yard butterfly, 500-yard freestyle, and 400-yard individual medley events. In the latter, she won twice. 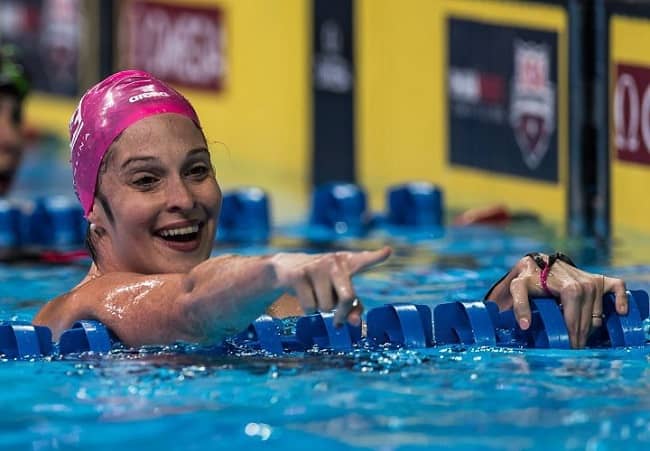 She also participated in the 2012 United States Olympic Trials in Omaha, Nebraska. This was the U.S. qualifying meet for the Olympics. During this time, she became a part of the U.S. Olympic team. This was her 1st time and this was possible after she won the 200-meter butterfly.

Further, during the trials, Cammile competed in the 400-meter individual medley too. During this trial, she came in 3rd place. Furthermore, Camille came 5th place in the finals of the women’s 200-meter butterfly. This was during the 2012 Summer Olympics in London.

Besides being a professional competitive swimmer, she also teaches swimming lessons during the summer. Likewise, she is also an ambassador for Swim Across America (SAA) – Houston charity swim. Furthermore, the ex-competitive swimmer is also a business owner.

She owns a swim school and operates five SafeSplash and SwimLabs schools in greater Houston. she teamed up with SAA to offer swim lessons to cancer survivors in the Houston area.

Cammile Adams’s husband is Rad Brannan. They tied the knot on 14 October 2016. Moreover, the swimmer often features her husband on her Instagram posts and mentions that Rad is her favorite adventure buddy. 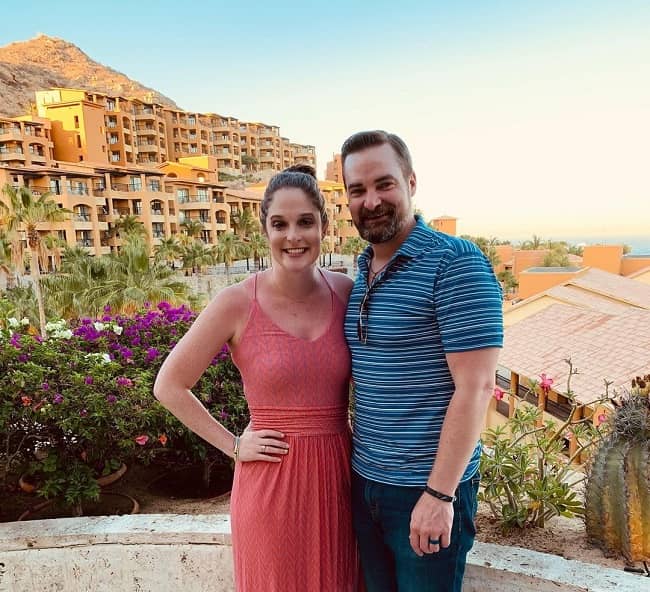 Caption: Cammile Adams posing for a photo with her husband. Source: Instagram

Cammile Adams stands tall at an approximate height of 5 feet 10 inches or 178 cm and her weight is around 143 lbs or 65 kgs. Other than this, there is no further information regarding her other body measurement details like her chest-waist-hip measures, dress size, shoe size, etc. Moreover, she has dirty blonde hair and hazel eyes.

Talking about her social media presence, Cammile Adams joined Twitter in June 2011 and so far has over 9k followers on her @cammileadams account. Likewise, on her Instagram account, she has more than 12.6k followers. Her username on Instagram is @cammileadams. Other than this the swimmer doesn’t seem to have personal profiles on other platforms.

Moving on, she has a net worth ranging from $1 million to $5 million US dollars.