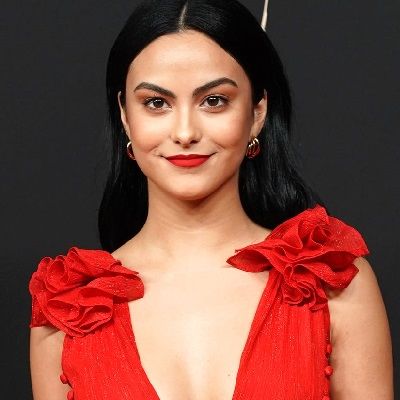 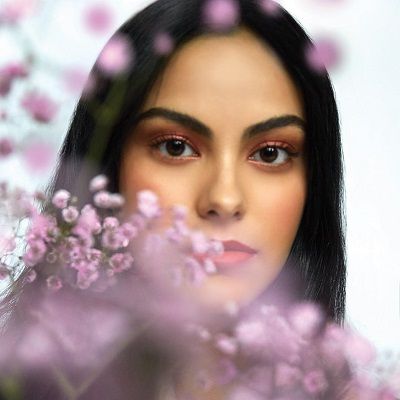 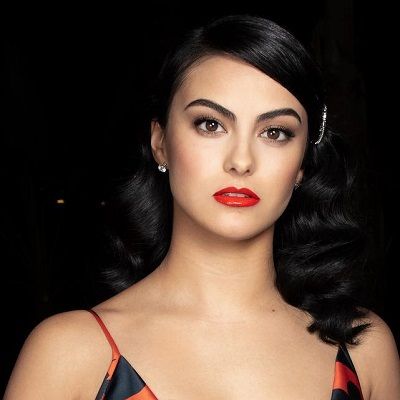 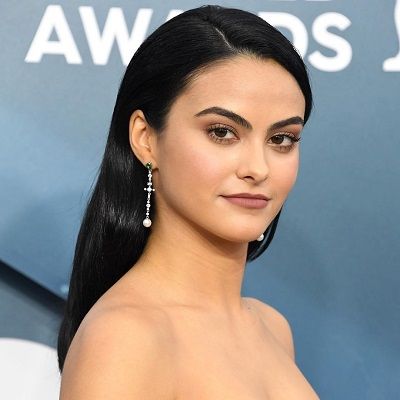 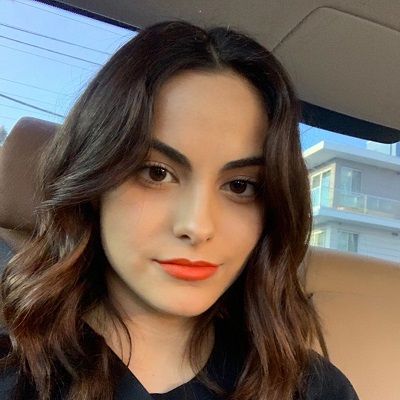 Camila Mendes is an American actress but her parents are Brazilian. Camila Mendes is popular for her role in “Riverdale” among other projects. She has also appeared in other movies and series like “Dangerous Lies”, “Palm Springs”, “Coyote Lake”, “The Simpsons”, “Dear Class of 2020”, and “Day by Day” among many.

Camila Mendes was born on June 29, 1994, and she is currently 28 years old. She is originally from Charlottesville, Virginia, U.S., and her full name is Camila Carraro Mendes. Her parents are both Brazilian and their names are Victor Mendes and Gisele Carraro. She also has a sister named Kiara Moreno.

Growing up, she and her family moved 16 times but they spent most of her childhood in Florida. There, she attended American Heritage School in Plantation. At the young age of 10 years, she lived in Brazil for a year. Talking about her longing to have a connection with her extended family in Brazil, she told the W magazine:

“I do really get sad because my entire extended family is in Brazil, and they’re all hanging out with each other every day and they have such a sense of family and community. When I was living there that was nice. Brazilians value family so much.”

Likewise, in May 2016, she graduated from New York University Tisch School of the Arts. She graduated together with her Riverdale co-star Cole Sprouse. At NYU, she also became friends with singer Maggie Rogers. Then in the year 2018, she appeared in the music video for Maggie Rogers’ song Give a Little. 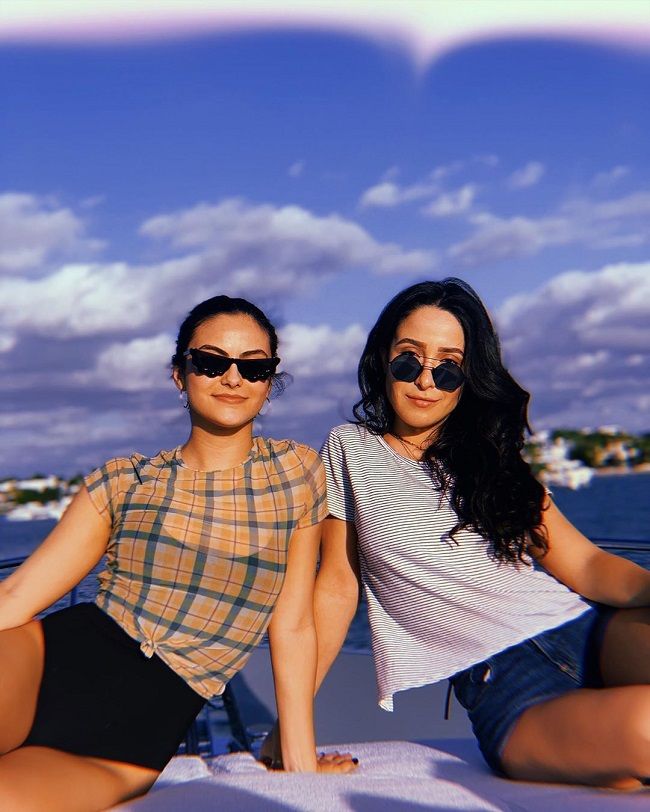 Caption: Camila Mendes posing for a photo with her sister. Source: Instagram

Professionally, Camila Mendes is an actress and singer. Her first job as an actress was a commercial for IKEA. Then in the year 2016, she was cast as the silver-tongued high school sophomore named Veronica Lodge. It was for The CW’s teen drama series Riverdale, a subversive take on Archie Comics. Carson Kolker Organization represented her and later by CAA.

She has also starred on the cover of Women’s Health in December 2017 and in Cosmopolitan in February 2018. Likewise, she made her feature film debut as Morgan in The New Romantic. This film premiered at the SXSW Festival in March 2018.

The same month she joined the cast of the romantic comedy The Perfect Date. She worked alongside Laura Marano and Matt Walsh for this film released on Netflix on April 12, 2019. She has also starred in other movies like Dangerous Lies, Palm Springs, and Coyote Lake; and also appeared in TV series like The Simpsons, Dear Class of 2020, and Day by Day among many others.

She has also worked on music videos of songs like Give a Little by Maggie Rogers and Side Effects by The Chainsmokers featuring Emily Warren. In 2020 she appeared in the critically acclaimed sci-fi/comedy Palm Springs, which premiered at the Sundance Film Festival and was released that July on Hulu.

She is best known for her role in Riverdale as the character Veronica Lodge. Veronica is the complicated new girl in town who quickly makes an impression with her quick wit and high sense of fashion. The new girl is popular for her competitive streak to win the affection of Archie, played by KJ Apa. Winning this role was not really an easy job for her. She shares in W magazine:

“I had the most harrowing audition process. They were like, ‘You’re our top choice, but we want to open up a new search, and we want someone that can compete with you.’ I lost sleep, I was crying every night because it felt like I was so close to something that could be big, and like my life and career changing, but in the end it all worked out.”

Her character in Riverdale along with the whole Lodge family is Latino and they portray Latinos as a strong, powerful, intelligent family.

This hit teen drama also includes up-and-coming stars, Lili Reinhart, as Betty Cooper, and Cole Sprouse as Jughead Jones. With her newfound fame, she has also been busy building her film resume. She just filmed the rom-com The Stand-In in 2018 and also in a thriller called Coyote Lake the same year. 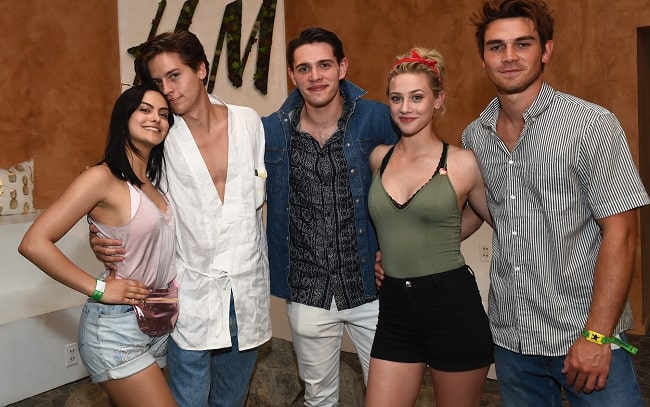 Caption: Camila Mendes posing for a photo with her co-stars of “Riverdale”. Source: J-14

Awards, Nominations, and Net worth

She has bagged the “Choice Scene Stealer” award at the 2017 Teen Choice Awards. All the awards and nominations she has received so far are for her role in Riverdale.

Moving on, she has a net worth estimation of approximately $3 million. She earns through her involvement in acting projects, modeling for magazines, etc.

She has suffered racial prejudice in Hollywood and she shared her experience in an interview. She mentioned that when auditioning for characters with Latin American profiles, she has heard phrases like “You don’t look Latina enough.”

As an American of Brazilian descent, she identifies herself as Latin American. She speaks Portuguese fluently, although she was raised in the United States. Speaking of her identity with People magazine, she shares that she is of Brazilian blood with all her extended family Brazilians. However, she feels like an American when in Brazil whereas she realizes the traits that make her Brazilian when in America.

She uses her social media accounts to advocate for body positivity. She herself has dealt with an eating disorder and she shares that she has been kinder to herself because of all the positive feedback she receives from her fans.

The constant encouragement from her followers has made her realize that there are other people going through the same thing and hence, she has the opportunity to inspire others as well as prevent them from going down the path of self-hate and self-doubt. She has since been using her platform to try and make a difference in someone’s life!

Camila Mendes is currently dating Grayson Vaughan who is a famous photographer. Previously, she dated her childhood friend named Victor Houston. In July 2018, her then-boyfriend shared several photos of himself with her. The lovers were photographed cuddling in the Hamptons during her 24th birthday celebration.

However, they reportedly broke up later that month after San Diego Comic-Con. Since then, she has been linked with her Riverdale co-star Charles Melton. Charles portrays the role of Reginald “Reggie” Mantle in the show. The two were seen together at movies in Vancouver in September 2018 accompanied by Casey Cott and Lili Reinhart.

She and Charles started dating since and the news about their split-up came after a few months after their first anniversary.

She also shared once that she always had boyfriends in high school. She describes this as not being healthy and she was so used to having someone around that when she was finally on her own, it felt scary. 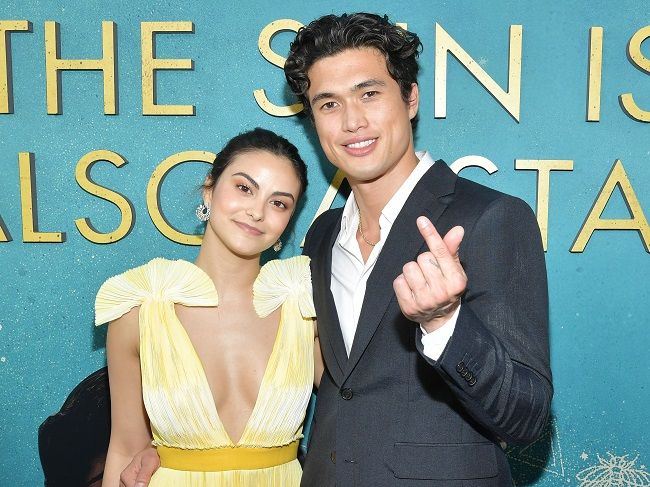 Camila Mendes stands tall at a height of 1.57 meters or 5 feet 2 inches. Other body measurement details like her weight, chest-waist-hip measures, dress size, shoe size, etc are not available. Likewise, the Latina beauty has brown eyes and hair of the same color.